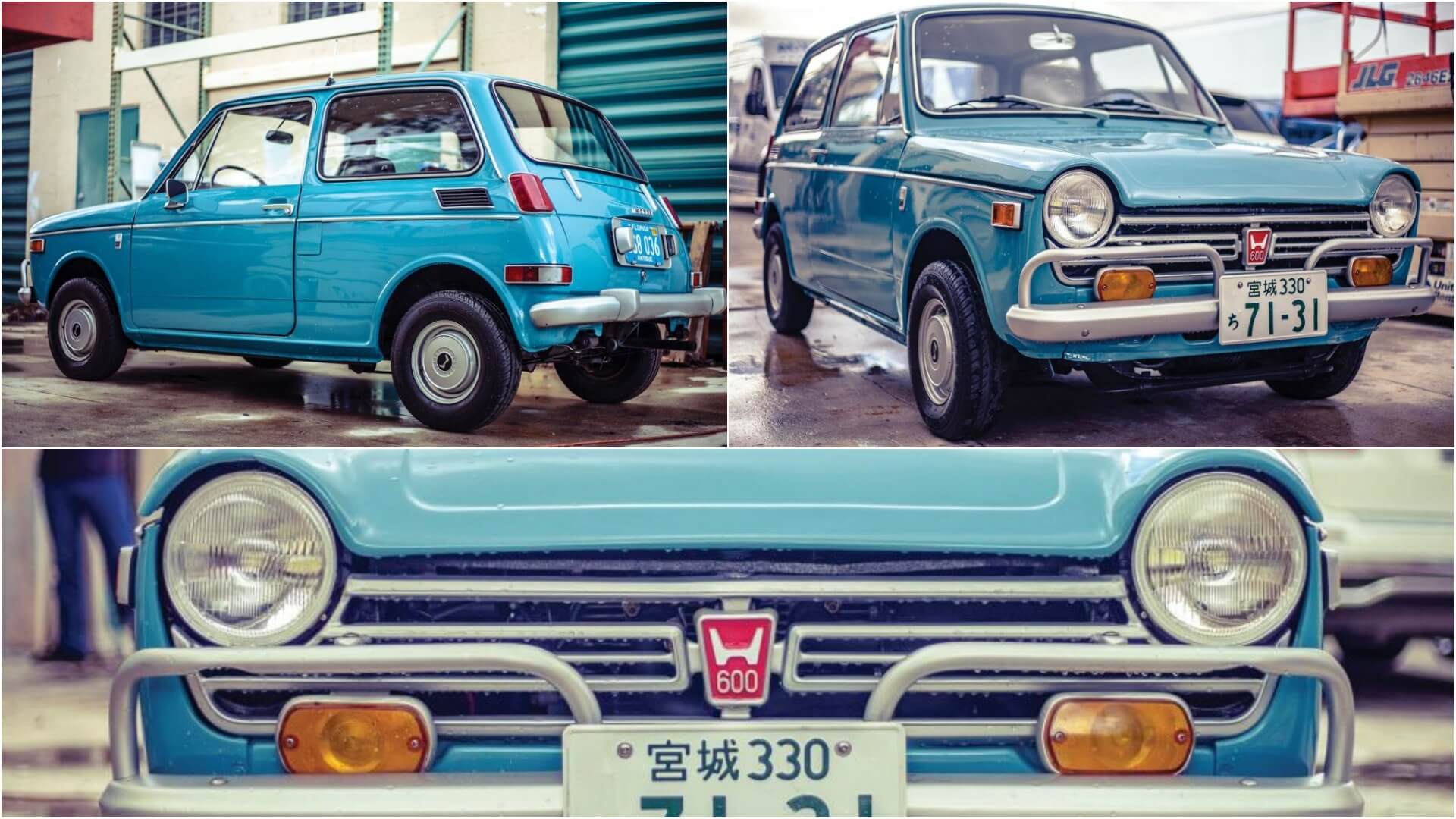 Today we think nothing about seeing a Honda on the road. Cars like the Accord and Civic are commonplace and often rank high in the list of best selling vehicles. But where did it all start? In this week’s Want we go back 50 years to take a look at the genesis of Honda cars in the US, the N600.

Honda’s entry into the US market came in 1959. Back then it only sold motorcycles and was still a decade away from selling cars.

Its first years in the US were a bit rocky too. For 1960 it only managed to sell 2,000 bikes, as people were skeptical of the new Japanese brand. With some clever marketing, this quickly changed by 1963.

Sales took off after Honda debuted the ad campaign that coined the phrase “you meet the nicest people on a Honda”. By 1964, Honda was flipping over 100,000 bikes per year and people loved their easy use and reliability. The Beach Boys even crafted a song called Little Honda to honor the quickly growing brand. 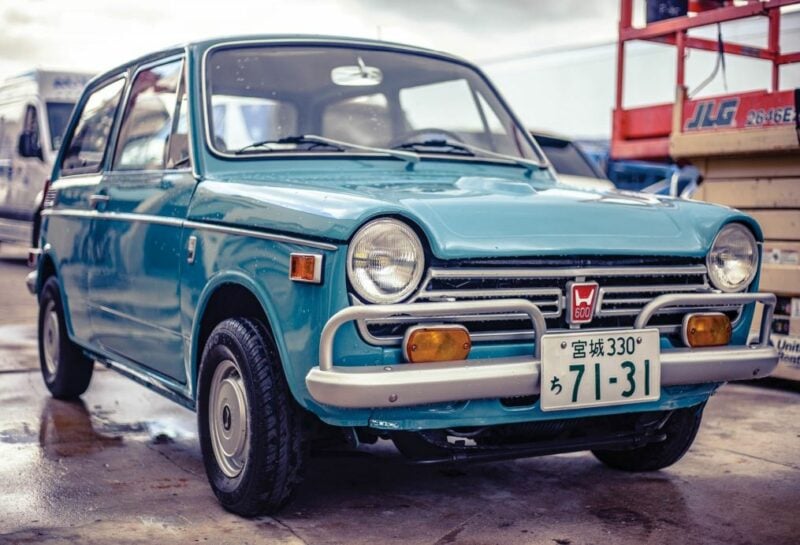 Thanks to the success of its motorcycles, Honda decided to dip its toe into the automotive market in 1969. This is where the N600 comes in.

The N600 originally started as the N360 Kei car. However, with just 31hp from its 356cc inline-two engine, the N360 wouldn’t work well in the US. Due to higher speeds on the highway and the importance of horsepower in America, Honda needed something with more grunt.

To rectify this, Honda increased the displacement over 67% to 598cc. This boosted the horsepower to 45 ponies and moved the top speed from 73 to 80mph. While not fast by any means, it could now safely traverse America’s highways. Capable of 9,000rpm, it was very peppy as well.

Still, a performance car it was not. It took a little over 19 seconds to hit 60mph and 22 seconds to run the quarter mile.

Unfortunately, due to the minute size, Americans had a hard time taking to the N600 since their idea of a compact car was a bit different. At just 125 inches long it was over three feet shorter than an already small car on the US roads: the VW Beetle. 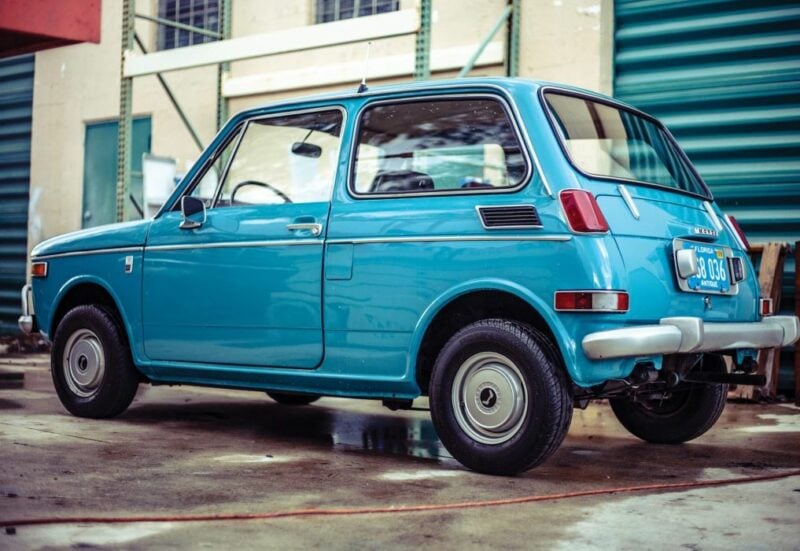 The N600 also proved noisy and uncomfortable compared to other cars on the road.

There were a few upsides though. For one, the fuel economy was excellent at 32mpg, which is still fairly good even by today’s standards. It was easy to park and maneuver in a big city. It also offered many of the same perks the drew customers to motorcycles too.

The N600 was very reasonably priced too. At just $1,395, it was a new car young people could buy. Honda realized this and turned its market efforts towards customers looking for their first car. It also sold the idea that the N600 offered the next step up from its already popular motorcycles.

Despite its best efforts, Honda still didn’t sell many N600s in the States. After a four year run, it had only moved around 40,000 cars.

However, the N600 is still an incredibly important car on the automotive timeline. Shortly after the N600’s run in the US ended, the Oil Crisis hit and Americans were now on the hunt for fuel-efficient cars. This led Honda to use what it learned with the N600 and introduced the Civic to Americans. The rest, as they say, is history.

Of course, history has a habit of repeating itself. Honda recently showed off its adorable little e Concept, a car that borrows more than a few design cues from the N600. 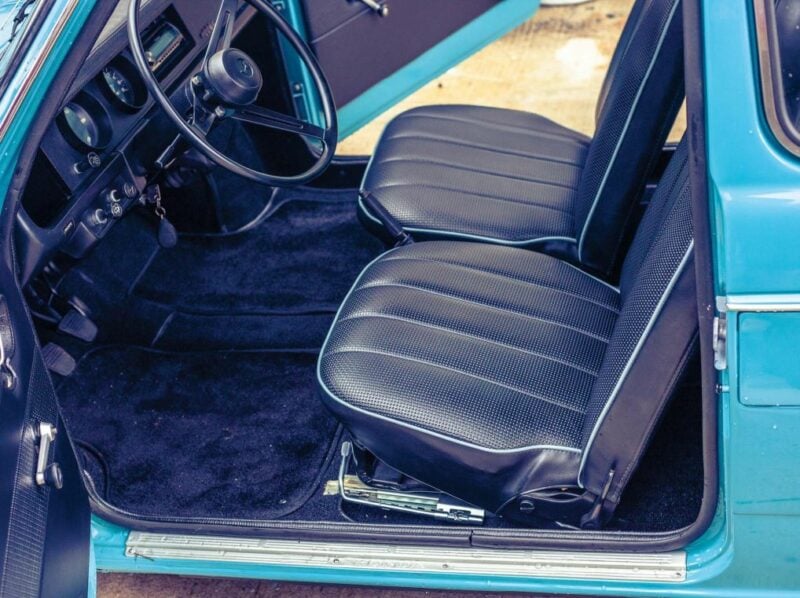 The N600 remains rare somewhat rare in the US, but for anyone looking for one, it’s fairly obtainable. One example of this is this N600 offered up by RM Sotheby’s.

It’s a 1971 model from Florida and is in remarkably good condition. Coated in a bright Nassau Blue Metallic paint, it also looks very retro too. The interior is fresh and clean with black leatherette and custom piping to match the exterior of the car too.

The current auction estimate puts the car somewhere between $8,000 – $10,000 which is right in line with other N600s on the market. Considering its condition though, it’ll probably find its hammer price closer to the $10k mark of that estimate.

If you’re keen on putting in a bid on this unique piece of Honda history, it will cross the block at the Ft. Lauderdale auction March 29-30.

Andrew Evans · Mar 13, 2019· Comments
The LEGO Group has announced the new sets it will produce for the 2023 Speed Champions range, revealing the McLaren Vision Gran Turismo-inspired Solus among the five sets on offer.