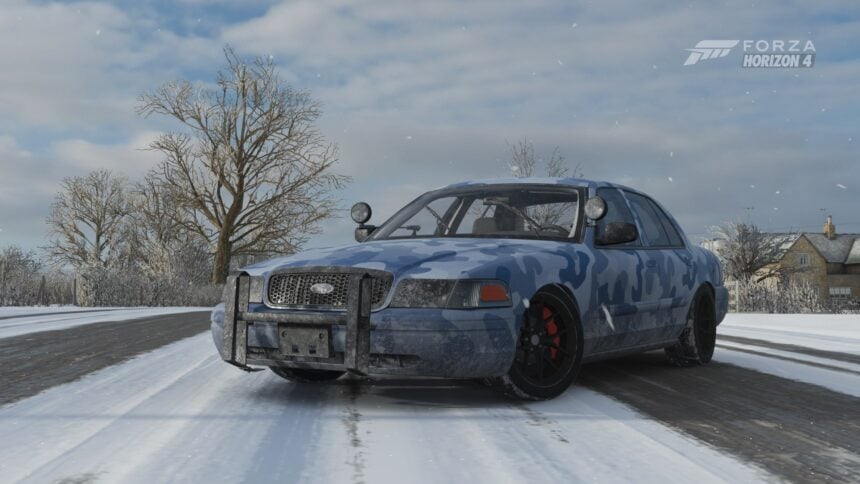 A new week has begun, which means a new season is upon us in Forza Horizon 4.  Winter has returned to the UK, along with a new selection of events and content.

A fresh Playlist update is on the cards this week. New prizes are also available for completing the Season to 50% and 80%

This week moves the spotlight towards America, with Ford leading the charge.

Let’s take a look at the events in store for this week. 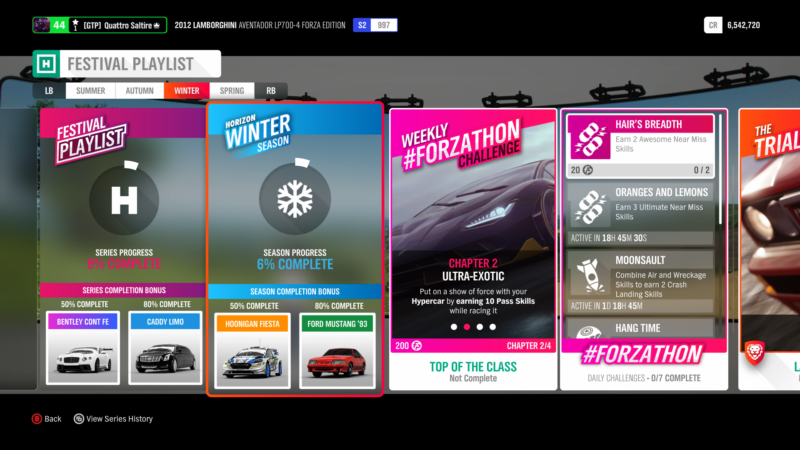 Ford takes center stage this week, with a classic muscle car and a modern rally machine up for grabs.

First up is the 1993 Ford Mustang. This Fox body variant of the iconic pony car arrives to the seasonal prize roster after only being available as a Wheelspin prize.

This Mustang is the SVT Cobra R version. Under the hood is a beefy 5.0-liter V8 that makes 235 horsepower. With some modifications, the Fox body can be turned into a handy drag racing machine.

Joining it is the 2017 Ford Fiesta WRC. This version is from Hoonigan Racing, and stars in Gymkhana Ten.

Built to the 2017 WRC regulations, the Fiesta’s turbocharged 1.6 liter engine makes a healthy 375 horsepower. With four-wheel-drive on hand, the Fiesta will have little trouble conquering Britain’s snowy tundra.

Another muscle car up for grabs is the AMC Rebel. Nicknamed as “The Machine”, the Rebel is one of the forgotten muscle cars of the 1970s. With a 6.4 liter V8 and 340 horsepower, the Rebel can give the equivalent rivals from Ford, Chevrolet and Dodge a run for their money.

Players can get the Rebel by winning the “White Knuckle Ride” seasonal championship.

The rest of this week’s events and prizes are down below. 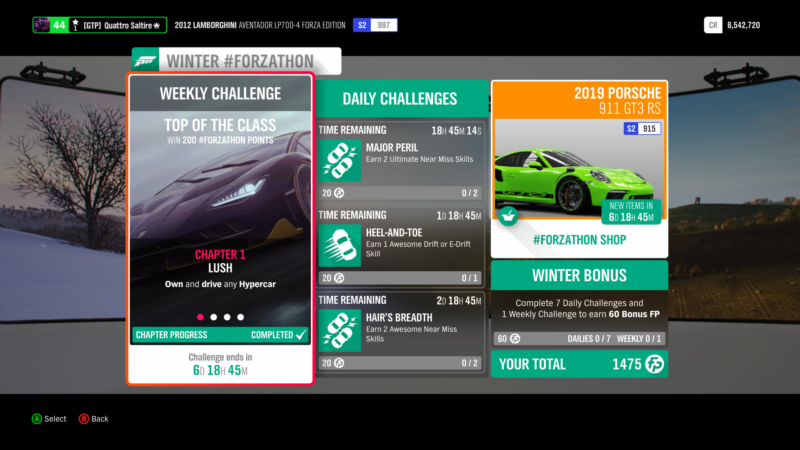 Forzathon picks up the pace this week, which is contradictory to the winter conditions. The spotlight shines on Hypercars this time. For the first objective, simply own and drive any Hypercar. We recommend using one with four-wheel-drive.

Next, you’ll need to earn 10 Pass skills whilst in race events. For the third objective, prove your hypercar’s performance by earning a total of 9 stars from Speed Zones.

Finally, you’ll have to win a Road Racing Series event in your chosen Hypercar. The course? Lakehurst Forest Sprint. 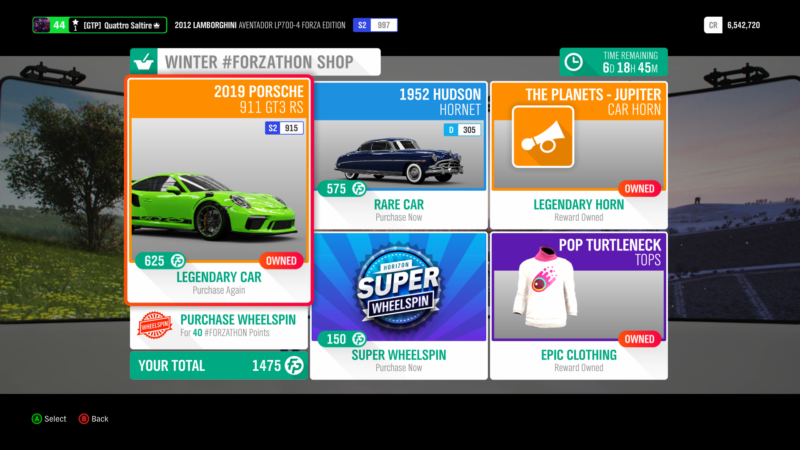 Another mixed bag graces the shop this week, with an American legend and a German performance monster on hand.

First is the 2019 Porsche 911 GT3 RS. This version is based on the facelifted 991.2 generation. The track-focused GT3 is also the most powerful naturally aspirated 911 ever built. The 4.0-liter flat-six makes 520 horsepower and will scream its way to a 9,000rpm redline.

Joining it is the 1952 Hudson Hornet. This slice of American history also has surprise racing pedigree. Performance will be on the more leisurely side, as the 5.0-liter straight-six makes just 160 horsepower.

Novelty items for purchase this week include a “The Planets – Jupiter” horn and the Pop Turtleneck top.

Forza Horizon 4 Season Change
2 Comments Discuss this post in our forums...
Test Your Badge Knowledge With Our Car Logo Quiz