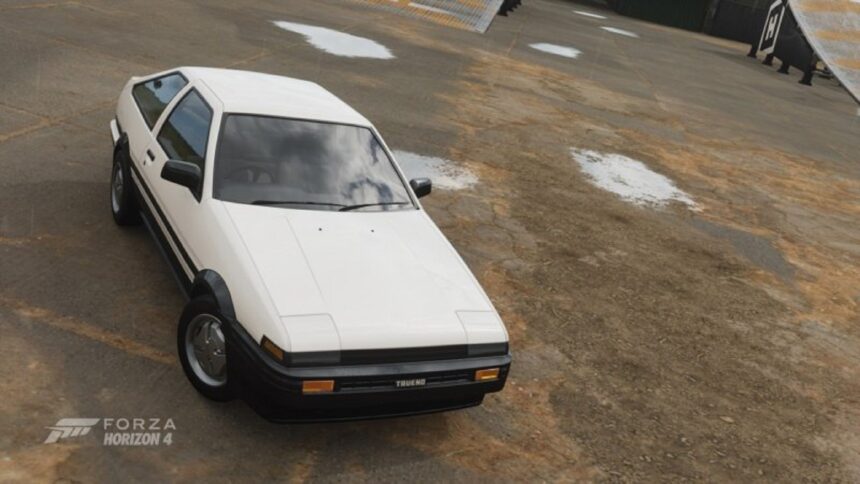 Spring has come around once more to bring sunshine to Forza Horizon 4. Series 18 is heading for the finish line this week, with the final batch of content for the series dropping for players across the UK.

The last Playlist update for this week brings returning seasonal prizes for 50% and 80% completion, as well as new and returning goodies for the championships. This week, a special “panda” car takes the spotlight. 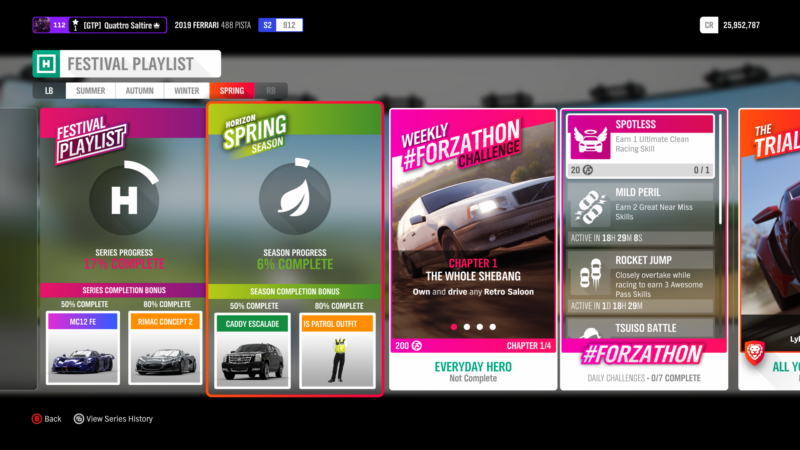 Returning content makes up the bulk of the seasonal completion prizes this week. Making its intimidating presence known is the Cadillac Escalade.

This hulking beast of an SUV aims more for luxury-oriented driving rather than outright performance. With a weight approaching 6,000lb, the Escalade has a beefy 6.2 liter V8 to haul it along. With 404hp, it won’t set the world on fire, but you’ll look cool once you get to your destination.

Prizes for seasonal championships are populated by the Maserati Ghibli and Ford Mustang Hoonicorn V2.

Taking center stage is the Toyota Sprinter Trueno. Known as the AE86, this coupe is considered a hero in car culture. It is widely recognized as one of the cars that helped launch the phenomenon of drifting. The 1.6-liter engine makes just 130hp, but the AE86 weighs a mere 2,100lb allowing for agile handling.

You can win the AE86 in this week’s championship, “Is That a Supra?”.

Those looking for avatar cosmetics can win a Hi-Vis Patrol Outfit.

A new Showcase Remix is also on the cards for Spring. “Taxi for Takeoff” will see you back behind the wheel of Isha’s Austin FX4 Taxi. Your opponent for this race is a formidable Delta Wing jet aircraft.

Is That a Supra?

The Trial: All You Can Street (Co-Op Championship) 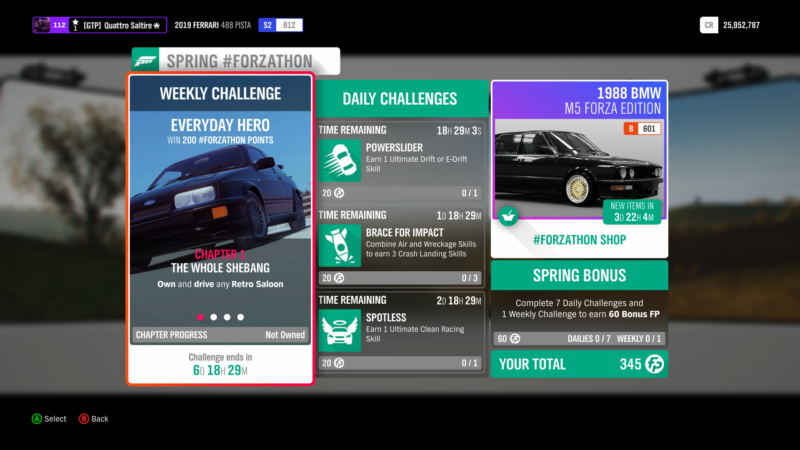 Forzathon takes a look back to a golden age of sports saloons, with the spotlight shining on the range of Retro Saloons.

Next up, head out for a long drive around Britain in your Retro Saloon. You’ll need to cover 20 miles to progress, but that distance should fly past. Afterwards, you’ll need to earn 3 stars from the Broadway Windmill Danger Sign. It’s a very long jump, so you’ll need to have your car highly tuned for this one.

Finally, hit the streets and take victory in a Street Scene event over at Edinburgh New Town. 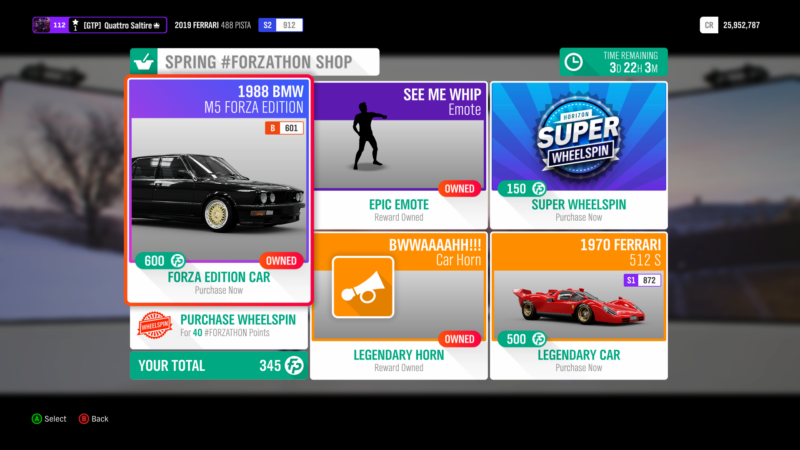 A special sports saloon and a vintage Ferrari racer head up the Forzathon Shop this week.

The 1988 BMW M5 Forza Edition gains several upgrades over the standard E28 M5, including an Event Influence boost. It will set you back a hefty 600 Forzathon Points, so unless you’re in desperate need for it, we advise looking elsewhere.

Sitting alongside it is the 1970 Ferrari 512 S. This Le Mans racer is most famous for its iconic rivalry with the dominant Porsche 917. The 512 is powered by a thunderous 5-liter V12 and puts 542hp on to the road. With 1970’s technology, the 512 will be a handful, but it will fill the British air with Italian music.

The 512 will cost a slightly cheaper 500 FP, so if you missed its previous appearance in Series 16, be sure to grab one.

This week’s novelty items are the See Me Whip emote and the Bwah! horn.

Forza Horizon 4 Season Change
1 Comments Discuss this post in our forums...
Can You Beat the Impossible Gran Turismo Quiz?