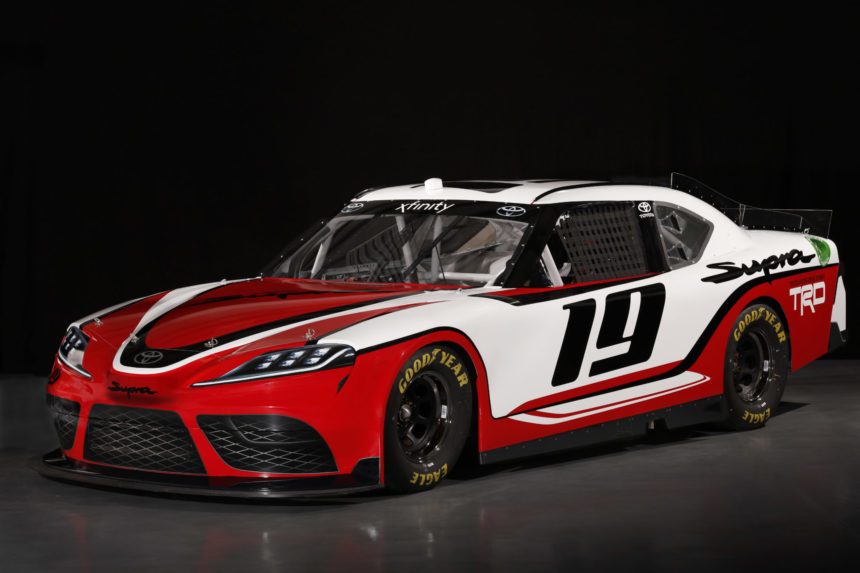 From the moment Toyota revealed the new Supra, it was inevitable it’d end up as a race car.

Indeed we’ve not even seen the road car’s final form yet. The global reveal for the car was in the guise of a GTE category GT racer.

Yes, on February 16 2019, the Toyota Supra will take to the track in the NASCAR Xfinity Series at Daytona, Florida. 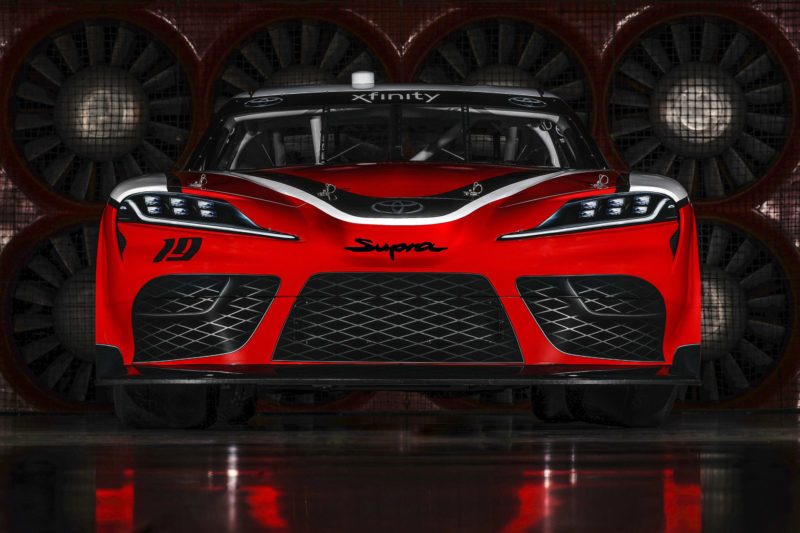 For those of you unfamiliar with it, the NASCAR Xfinity Series (NXS) is a junior tier. It sits below NASCAR’s main event, the Monster Energy NASCAR Cup Series.

The various manufacturers are permitted to make the cars’ front and rear ends distinctive, but within tight aerodynamic specifications. This gives the cars a more individual look, despite the common origins. 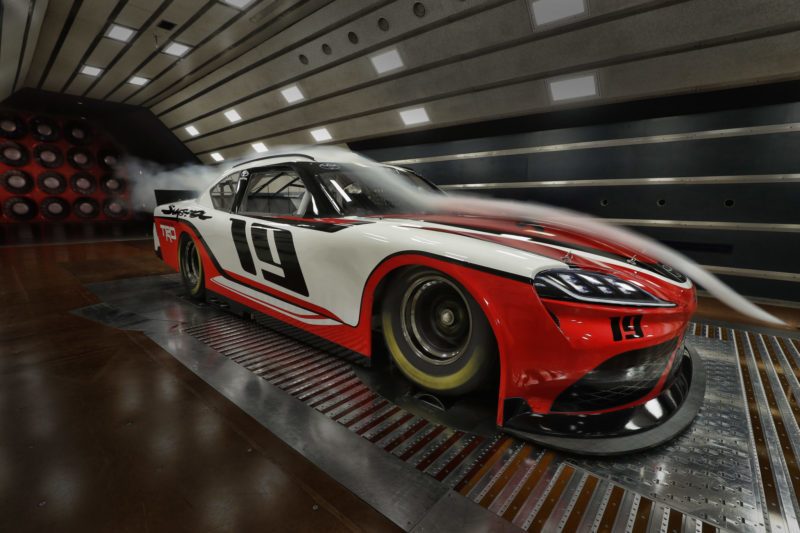 It does mean that the Supra NXS is not especially closely related to the car we’ll (eventually) be able to buy. In fact it’s mechanically a completely different car altogether.

Supra replaces Camry in NXS, meaning that Toyota will campaign three different cars in the three main NASCAR series in 2019. Camry will continue in the Cup series, while Tundra provides the brand’s representation in the NASCAR Camping World Truck Series.

“Supra’s return in production form is huge news, but now we’re also going to see this iconic sports car return to American motorsport. From a marketing perspective, it’s important to have a race car that evokes the dynamism and character of its showroom counterpart. We’re confident we’ve accomplished that with Supra, and we hope racing fans the world over will proudly cheer its success on track.”

For those of you still hoping to see the production version of the car, you’ll need to head to the UK next weekend. Toyota will present the Supra, albeit still heavily camouflaged, at the Goodwood Festival of Speed, from July 12-15.

Esports 74 May 24 by Andrew Evans
There’s been a few controversial incidents in this year’s esports extravaganza. We’ve seen drivers crashing other drivers, rage quits, and even racism from the pro drivers. This week’s talking point…