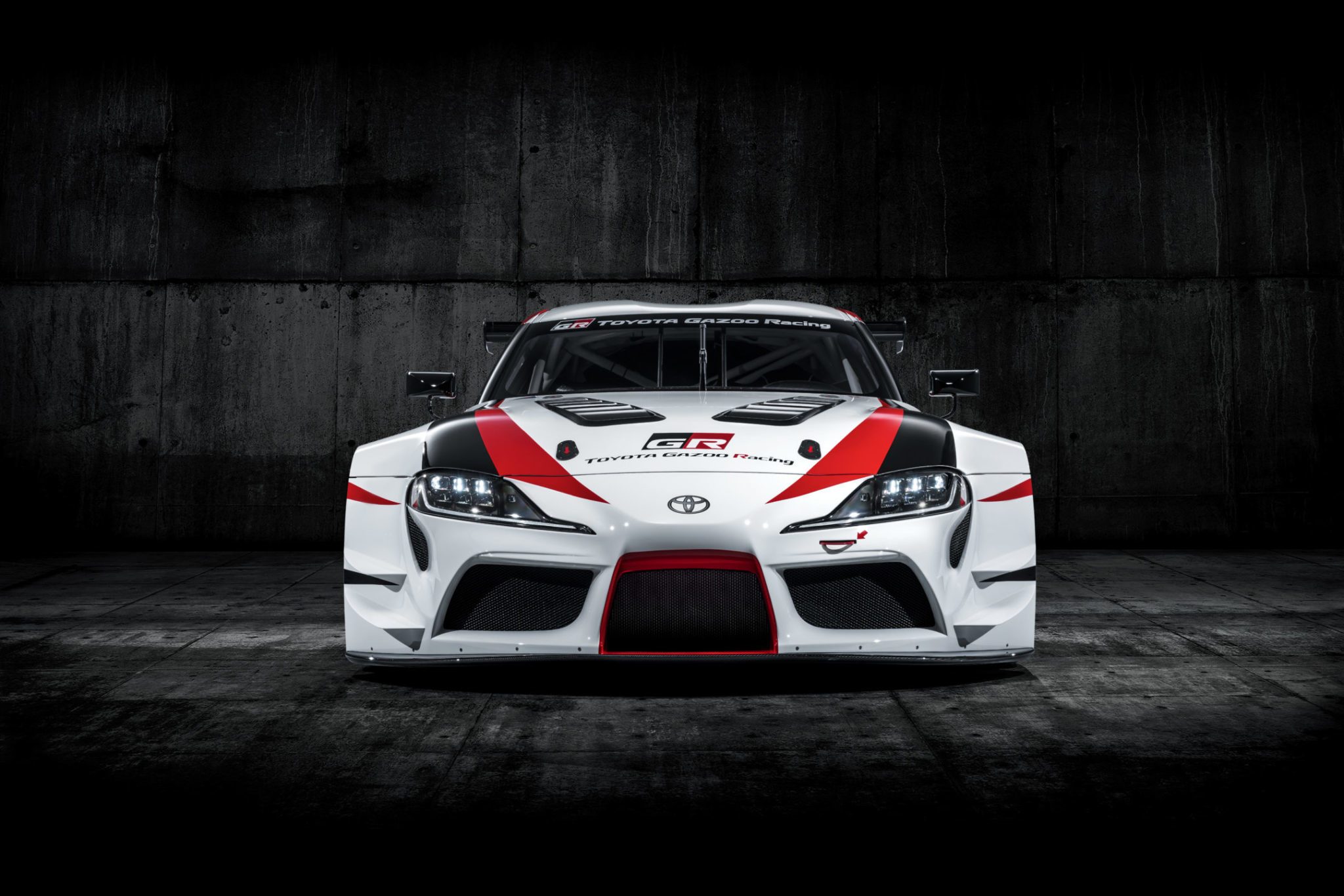 As expected, Toyota has revealed the first model of the fifth generation Supra at the 2018 Geneva Motor Show.

Dubbed “GR Supra”, for the Gazoo Racing factory motorsports team, Toyota showed off the car in a racing concept form. It also announced that the car would soon become available to GT Sport players. 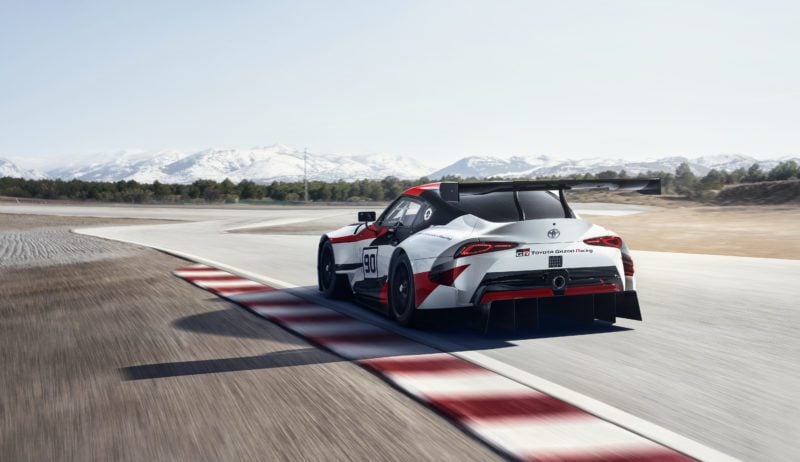 The basic form of the car should already be familiar to Gran Turismo players. It’s very similar to the FT-1 concept included in Gran Turismo 6, which evolved into different forms including a Vision GT car.

It sticks to the classic Supra formula. It’s a compact, two-door car, with a long nose concealing the engine, which drives the rear wheels. In Racing Concept form at least, Toyota uses composites extensively, for the rear wing, front and rear bumpers, front splitter and rear diffuser. The hood and door mirrors are also lightweight composite, while the windows are all plastic. 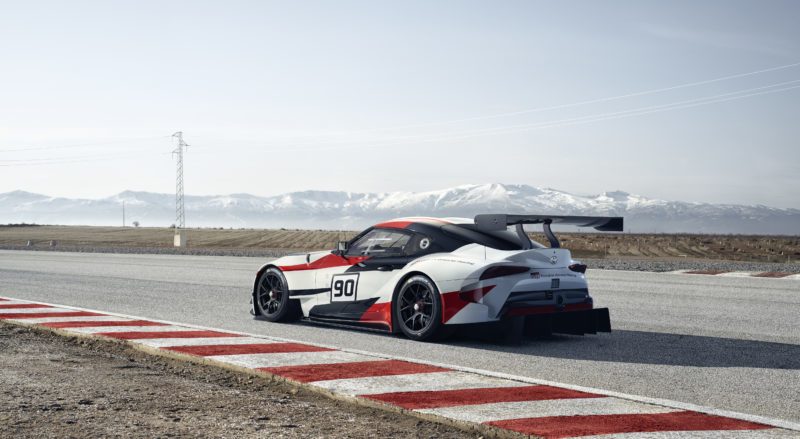 For the show car, Gazoo Racing has equipped the Supra with center-lock BBS racing wheels, Brembo race-spec brakes, FIA fuel cell, roll cage and extinguishers. Whether the Supra goes racing or not — and it’s crying out for a Super GT entry, and a GTE car to back up the TS050 — it looks the part.

Although we’ve yet to see a road car for the Supra, Toyota makes one subtle hint that it really is on the way. The “90” door number is a reference to the model’s designation, following on from the Mk4 A80 Supra and the Mk3 A70. 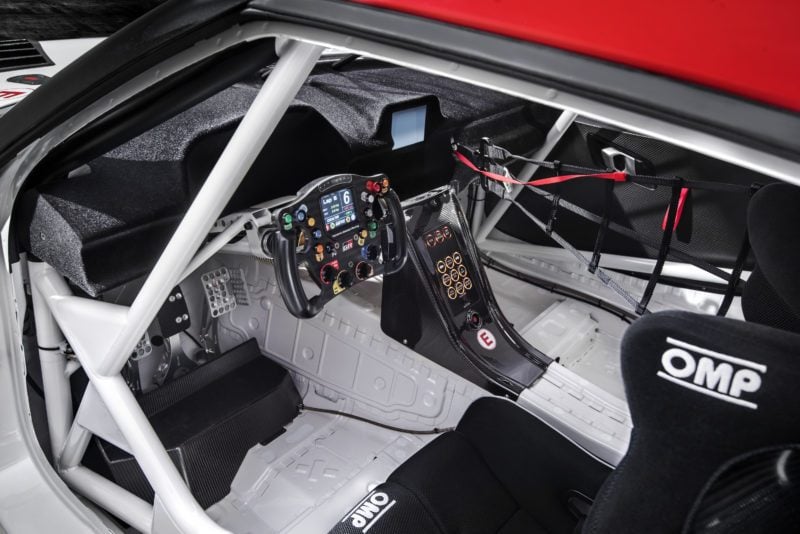 Gran Turismo fans will be the first to get behind the wheel of the Supra. Polyphony Digital will make the GR Supra Racing Concept available in an update to GT Sport in April.

Strangely, PD suggests that “only Gran Turismo players will be able to experience its performance”. This hints at an exclusivity deal for the car. That follows on from recent updates including Toyota’s road cars, making GT Sport the only one of 2017’s major releases to extensively feature the brand’s mainstream models.

Andrew Evans · Mar 6, 2018· Comments
Michelin, official Tire Supplier and Technical Partner of Gran Turismo, is staging a special online competition for players in south-east Asia and Oceania, with an all-expenses paid experience at Yas Marina, Abu Dhabi, for the winner.

Andrew Evans · Mar 6, 2018· Comments
A new set of Gran Turismo Sport Daily Races is now available, with the unannounced change to a four-weekly cycle now seemingly the standard from this point forward.

Andrew Evans · Mar 6, 2018· Comments
Following on four weeks from the last set, a new set of Daily Races is now available in Gran Turismo Sport as players get used to the new scheduling for the 2017 title.

Andrew Evans · Mar 6, 2018· Comments
For the first time in nearly a month, there’s a new set of Daily Races in Gran Turismo Sport for players to enjoy for the foreseeable future.

Andrew Evans · Mar 6, 2018· Comments
It’s the inevitable fate of any game that, once it is succeeded, it will eventually wither away as support is withdrawn. While this process usually takes months at a minimum, GT Sport seems as if it could be sidelined in record time.

Andrew Evans · Mar 6, 2018· Comments
Despite being superseded by Gran Turismo 7, GT Sport’s Daily Races seem to be continuing on their weekly cycle — for the time being at least.

Andrew Evans · Mar 6, 2018· Comments
Although Gran Turismo 7 is now out, GT Sport shows no signs of slowing down any time soon, with a new set of Daily Races now available to players.