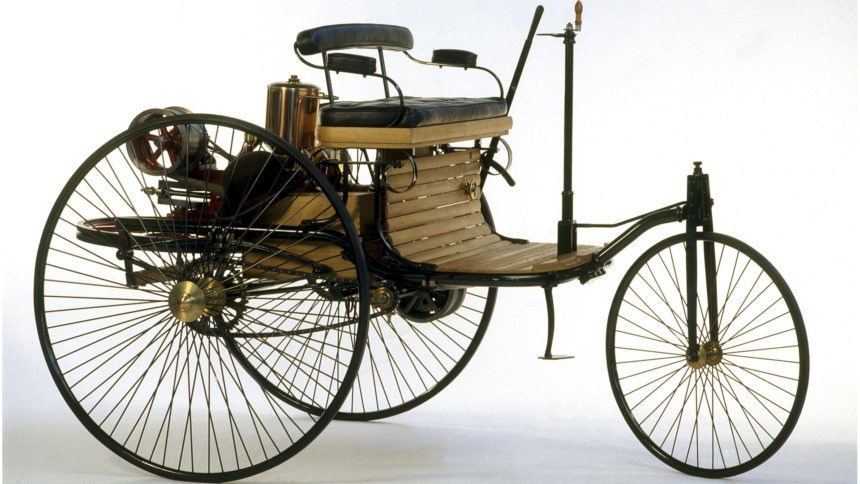 Where did it all begin for the motorcar? While there’s debate about it, many agree it’s the Benz Patent Motorwagen from 1886. That’s why for this week’s Want we are taking a look at the granddaddy of the production car — or at least a replica of it.

The automobile traces its roots back to 1770 when Nicolas-Joseph Cugnot built the first car in recorded history. Called the Fardier à Vapeur, it used steam to chug along the streets of Paris. It also has the honor of being in the first car accident ever.

A hundred years later, Siegfried Marcus then built the first gasoline-powered “car”. However, it was more of a cart with a motor than an actual car. But it’s still considered as one of the first in a long history of automobiles.

In 1886 though, we find the Benz Patent Motorwagen. This is widely regarded as the first production car or at least the first one to get a patent on the books.

The history of the Motorwagen begins on January 29, 1886, when Carl Benz filed patent DRP 37435 with the Imperial Patent Office in Berlin, Germany. For the time, the idea was radical. It showed a gasoline-powered car with an electric ignition.

Unlike its predecessors, the Motorwagen started from scratch instead of incorporating an engine into a carriage. This made it unique. Each component relied on another to function and work as a single unit.

The engine was a thing of genius too. While not the first internal combustion engine, it’s remarkably similar to what we use in today’s cars. Things like a crankshaft with counterweights, a water cooling system, and a carburetor were all present. 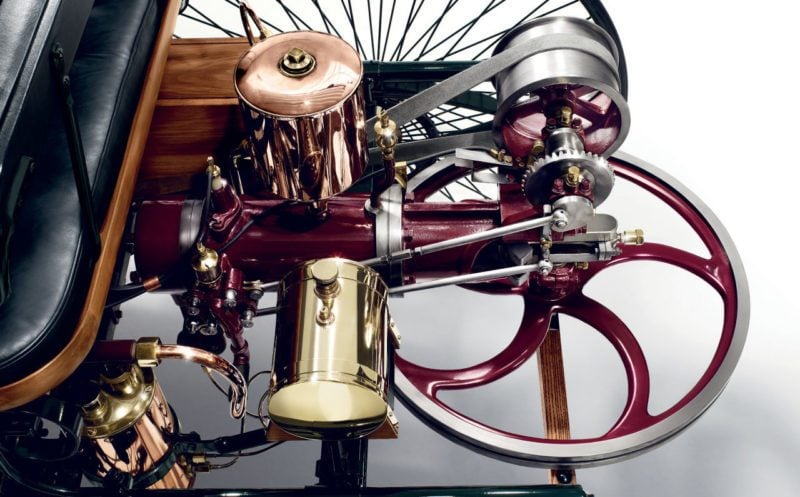 However, unlike modern cars, the Motorwagen was far from quick or powerful. The engine was a 954cc single-cylinder that put out just .75hp to the rear wheels via a massive flywheel. Despite the low power output, it still could travel to the heady heights of 10mph. By comparison, a horse and carriage from around that time traveled at a similar speed.

What it lacked in power, it made up for in fuel economy. Over a 100km trip, it used just 10 liters of fuel, which puts it at around 23mpg.

Controls were a little sketchy. The ‘Wagen had only one forward gear and to control the speed you needed to adjust a sleeve under your seat. Also, to stop the Motorwagen you pulled a hand lever, which applied stopping force to the countershaft pulley.

To steer it, you used a crank mechanism that connected to a tooth rack. However, with just one wheel up front, handling was just as bad as you’d expect.

If you wanted to use the Motorwagen for trips to the store, you were out of luck. It had no cargo space to speak of. Even Mercedes says the only space for a hat, is on your head.

The car was far from barren though. Its construction featured an iron chassis with wood trim and the seat was upholstered in leather. In today’s car both a wood grain dash and leather are costly extras, here you got them included with the car! 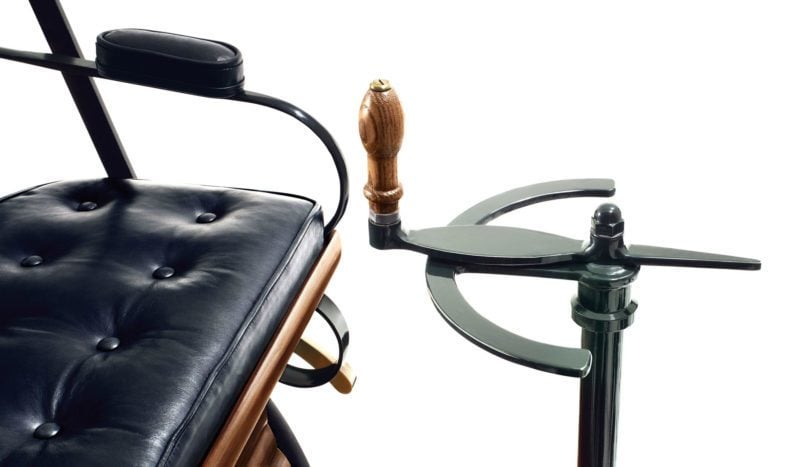 Over its seven-year production run, Benz put out 25 examples of his Motorwagen too.

While trying to find an original to buy is pretty much impossible now, Mercedes did build a handful of replicas between 2001 to 2002.

Now its classic car division, All Time Stars, has a 2002 example for sale. According to the listing, it’s built to match the original in almost every detail. It also has a nice patina on it despite only being 16 years old.

To get it into its best possible shape, Mercedes-Benz Classic experts in Fellbach, Germany gave the car a full restoration.

Unfortunately, there’s no price for the car. But a few others have sold over the past few years at various auctions. Prices range from as low as $50,000 all the way up to nearly $100,000. Given that this example is fresh from restoration and sold by Mercedes, the price is probably on the upper end.

Thankfully, you don’t need to shell out all the money to experience the Motorwagen. If you have a copy of Gran Turismo 4 laying around, we encourage you to fire it up and take the three-wheeler for a spin. Just not up any hills!

Mercedes-Benz
31 Comments Discuss this post in our forums...
F1 2020 Review: A Winning Formula