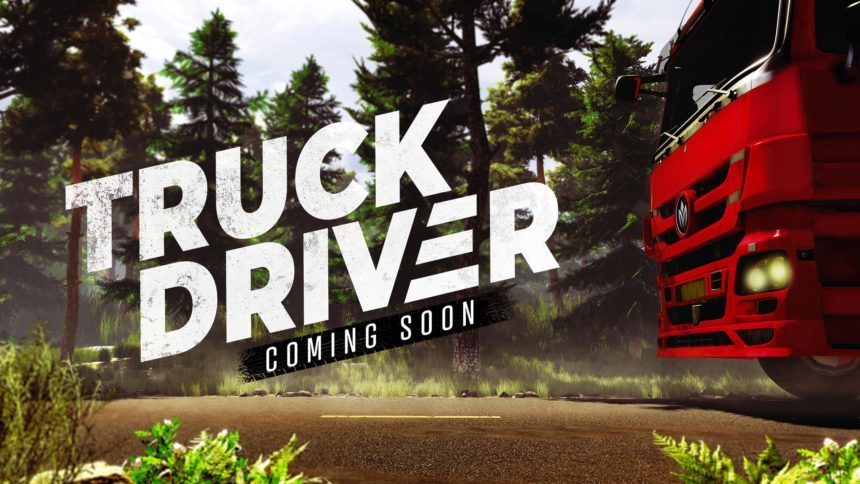 ‘Truck Driver’ Is The First Trucking Simulator For PS4 & Xbox One

When it comes to the world of truck sims, the market is pretty bleak for console players. Outside of Spintires: Mudrunner (and we can’t really call that a “truck sim”), there are no other choices. Fortunately, Triangle Studios is looking to rectify this with its upcoming game Truck Driver.

Unlike other truck sims on the market, which usually just require you to transport cargo around, Truck Driver is approaching the genre a little differently.

Sure, games like Euro Truck Simulator 2 (ETS2) and American Truck Simulator have features like hiring generic drivers, buying trucks, and expanding your garage, but past that, it’s just hauling cargo from Point A to B.

With Truck Driver, Triangle Studios is attempting to introduce a more social aspect to gameplay. This means you’ll interact with people you’re hauling cargo for in order to grow your business.

For example, the more jobs you do for one person or company the more they’ll trust you. This will lead to better-paying cargo runs.

Unfortunately, the game appears to be confined to just one city. As long as the city is interesting, large enough, and varied though this shouldn’t pose too much of an issue. But it does mean no two-hour endurance runs across Europe like in ETS2. 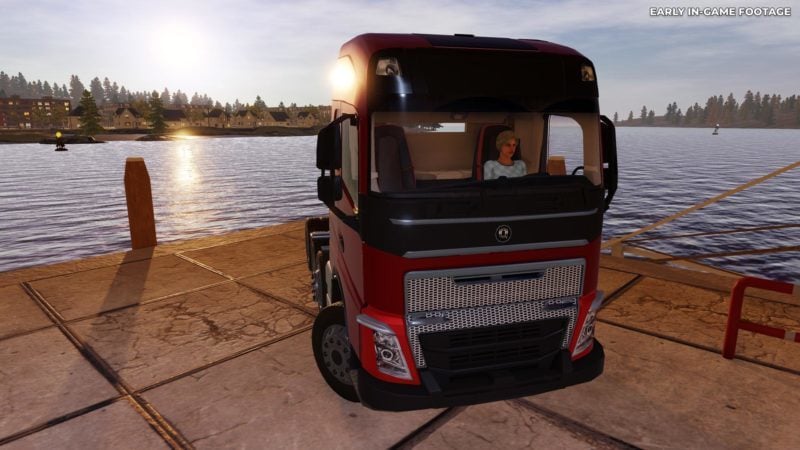 In addition to the communal aspect, the game is also looking heavily at truck customization. This is already prominent in ETS2, but it looks like Truck Driver will expand this. As expected you start out with a basic truck and will have hundreds of parts to buy and make your rig your own.

To make sure they get everything right, Triangle Studios are bringing in real life truck drivers to help design the game.

While this all sounds very promising, one thing does have us worried: the publisher behind the game is SOEDESCO, who teamed up with Triangle Studios in the past for Real Farm. One look at the reviews of Real Farm on Steam leaves a less than stellar impression with a mostly negative score.

The negative reviews are due to bugs that plagued the game for months. Many of these were squashed through an update in March, but by that time it was too late to save the early adopters.

Triangle Studios did say they’ve learned from its previous release though. It’s also going to release the game on Steam Early Access which will give it more robust end-user testing.

With that said, we are still optimistic and pleased the game will make its way onto the PS4 and Xbox One.

Right now, there’s currently no release date outside of “Coming Soon”. We will let you know more as we find out though.

Hardware 223 Feb 24 by Andrew Evans
Head of Xbox Phil Spencer has taken to the official Xbox blog to stoke the hype fires some more about the next-generation Xbox Series X. With the console coming later…

Gran Turismo Sport 358 Feb 24 by Andrew Evans
For this week’s GT Sport Daily Races you’ll be heading to two racing circuits on opposite sides of the Pacific Ocean, and indulging in a spot of street racing. Race…

Gran Turismo Sport 300 Feb 23 by Michael Leary
Last month, GT Sport players went without any new content. While Updates 1.54 and 1.55 arrived in January, both focused on bug fixes and system tweaks. The last major update to…

Automotive News 13 Feb 21 by Andrew Evans
New US brand Czinger Vehicles will officially reveal its first car at the Geneva Motor Show next month, and it’s quite the debut. Known as the 21C — shorthand for…