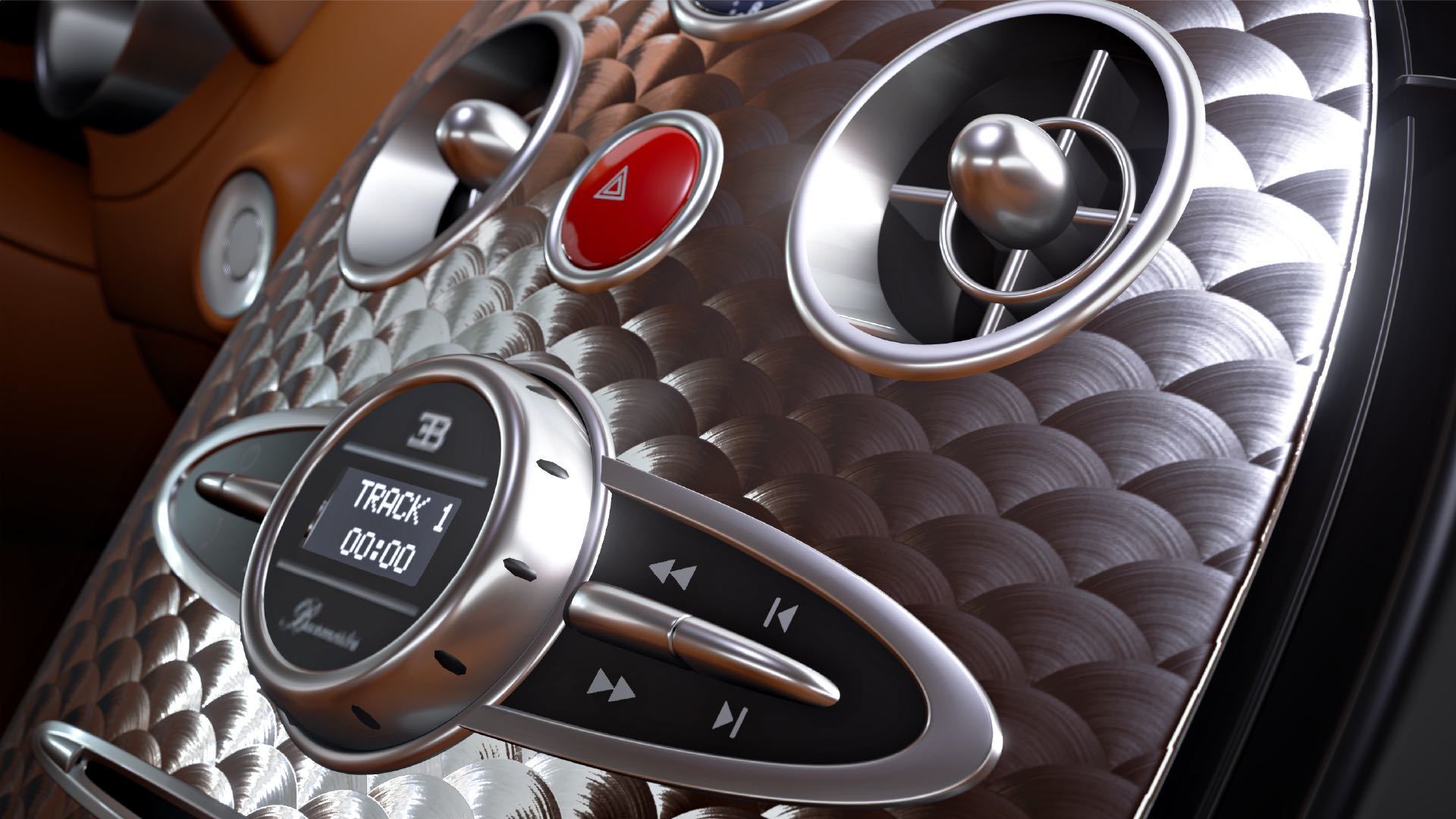 Driving music. Some will tell you the very concept is wrong — the engine and tires provide all the auditory stimulation you could possibly need. Others cannot possibly get behind the wheel without it.

Throw me in the latter camp. Whether commuting to work, competing online, or going for a weekend joyride, in real life or a game, the tunes are always bumping. My first two loves were probably cars and music, and music enhances everything. For me, they’re inseparable.

With that in mind, the question was posed to our staff: what are your favorite driving songs? A few of us chimed in with about 10 tracks each, and the responses couldn’t be more diverse. Actually, on second thought, maybe they could; it turns out, rather unsurprisingly, that many of us have a soft spot for the Gran Turismo 2 soundtrack.

One guy even suggested “Last Christmas.” Who was it? Read on to find out! And when you’re done, be sure to check out our Spotify playlist, where we’ve added all our favorites for your listening pleasure.

Looking back on it, most of my musical preferences can be credited to racing games. Wipeout and Ridge Racer presented crash courses in ’90s electronica. Road Rash, Need for Speed, and Burnout exemplified simmering aggression with a rampage of grunge and punk.

Not surprisingly, then, my selections pull from both camps. Bringing up the rock end of the spectrum are cuts inspired by Electronic Arts’ cult-classic motorcycle combat racer: “Rusty Cage” courtesy of Soundgarden, and “Last Train to Satansville” and “Son Of Mustang Ford” from overlooked shoegaze pioneers Swervedriver.

Given the name, you’d expect “Mustang Ford” to be excellent driving fodder — and it is. But there’s a frustration and longing in singer Adam Franklin’s lyrics that epitomizes the feeling of being alone on the open road. Sonic Youth’s “‘Cross The Breeze” hits a similar note, which explains its placement back-to-back.

On the flip side, there’s a very different cluster of ’90s mainstays. Future Sound Of London’s “Papua New Guinea” alongside “Push Eject” from big beat duo Boom Boom Satellites pay tribute to the wave of underground techno ushered into mainstream consciousness through the medium.

You know what they say about great minds: they add songs you would have loved to put on your collaborative playlist, but you already made all your selections and ran out of room with the desperate hope that somebody would come through on your behalf. And Kyle did. Thanks Kyle.

I’m talking of course about The Chemical Brothers’ “Horse Power.” Now, I didn’t tell Kyle to pick this song, but we probably both arrived at it by way of the same Gran Turismo 5 trailer. It was also in a Series 17 episode of Top Gear.

But there are also selections in there that slipped me by over the years, like M.I.A.’s “Born Free” — a buzzing, pulsating cacophony of crashing drums that sounds as if it could fall apart at any second. It’s balanced with Public Service Broadcasting’s “Go,” a song that could almost pass for an Arcade Fire B-side with its soaring, infectious enthusiasm.

And if it’s breakneck, fast-paced rock and roll you want, you can’t go wrong with Death From Above’s “You’re A Woman, I’m A Machine.” Kyle puts it best:

“This album was a revelation to me in 2004. It was so unlike anything I was listening to at the time, and I loved the sheer primal energy on display. There were a lot of options from this Canadian duo’s debut, but I settled on the eponymous song because of its relentless bass line. When they broke up shortly after this album came out, I was sad I never saw them live. Fast-forward a few years, and driving to London, Ontario (blasting the album, of course). I saw them perform in a sweaty basement setting, and it seemed completely appropriate.”

Let’s everybody thank Joey for bringing the hammer. It’s about time we had some Zeppelin representation, and there’s perhaps no better driving tune in that legendary discography than “When The Levee Breaks.”

There’s another track that hearkens back to the golden era of classic rock — Greta Van Fleet’s “Highway Tune.” Spotify tells me it’s from 2017, which must be an error because it’s inconceivable that someone could have laid down vocals that sound so much like Robert Plant’s in this decade. (And be that young. Seriously!)

But dig a bit deeper, and you couldn’t anticipate Joey’s other picks. It’s an eclectic mix, to say the least, ranging from Stevie Ray Vaughan to Pearl Jam to Tiësto to Eiffel 65. And just when you think you’ve heard it all, Blackstreet’s “No Diggity” caps the sequence.

“Windows down, summer night, cruising through the city, it works on so many levels. I guess when it comes to driving songs, mine are more about cruising than pedal to the metal.”

Nothing wrong with that.

Gran Turismo has featured a couple fantastic driving songs of its own over its 20-year history, and Andrew has rightly included one here. “She Sells Sanctuary” was surely a GT3 highlight, and it’s joined by a few other choice cuts from the ’80s, including Flock Of Seagulls’ “I Ran,” Guns N’ Roses’ “Paradise City,” and the 1988 remix of New Order’s “Blue Monday.”

There are even a few selections that would be right at home in Gran Turismo Sport. The instrumental version of La Caution’s “Thé à la Menthe” epitomizes that exotic-but-experimental vibe felt when navigating the game’s menus. And “Omen” off The Prodigy’s 2009 album Invaders Must Die would fit nicely in any in-race soundtrack.

But if I had to highlight one more favorite from Andrew’s list, it’d have to “Swamp Thing.” I had somehow gone my entire life without hearing this banjo-infused dance hit, and I admit it was an acquired taste; initially it sounded vaguely like The Crystal Method’s take on “Cotton Eyed Joe.” But you can’t deny there’s a certain charm to it, and when that bouncing synth melody rolled in and the song hit its first climax at about 2:25 in, it won me over completely.

How many times were we all told to do exactly that during our GT2 careers? Soul Coughing’s Mike Doughty is nothing if not persistent, and “Super Bon Bon” provided the backing to so many triumphant and tragic moments in that game that it’s hard to even pare it down to a single memory. Though I will say that whenever I failed with that song playing, it only added insult to injury.

Thanks to songs like “Super Bon Bon” and “Cold Rock the Mic,” GT2’s soundtrack captured the essence of ’90s alternative that also, rather conveniently, always seemed to make for excellent driving music. Apollo Four Forty brought a ragged, industrial energy to the latter track that propelled us forward on some of the game’s faster circuits, like the notorious Red Rock Valley.

But GT2 isn’t the only racer with representation on Michael’s list. Driveclub players will surely recall “The Club Rules” and its weighty, dramatic string arrangement.

Oh, “Dragula.” To think there was once a time when you couldn’t go a week without hearing Rob Zombie’s hit somewhere, be it in films, TV, on the radio, and of course, in games. We took it for granted, and for that, we should all be sorry.

Given his opening pick, it comes as little surprise that Jordan claims the sequel to Polyphony’s Real Driving Simulator as his favorite game of all time. “Listening to any of those tracks takes me straight back in time,” he says, “when I learned the essence of driving fast in GT2.”

Indeed, I listen to Jordan’s selections with the rosiest of tinted headphones. What longtime Gran Turismo fan can’t help but hum along to “My Favorite Game,” or get swept away in the warmth of Shirley Manson’s voice in “I Think I’m Paranoid?” They’re the kind of songs that make you feel like nothing in the world matters except what lies ahead.

Maybe that’s the thread that ties this seemingly random playlist together. Loud or soft, fast or slow, driving music is characterized by that conviction to keep going. You feel it in the militant, anthemic pace of “Du Hast,” or the frenzied, borderline demonic ramblings that carry Prodigy’s “Breathe.” It’s about confidence and the sheer force of will.

Just don’t ask me how Wham! fits into that picture.

What Are Your Favorite Driving Songs?

Those are our favorites; now we want to know yours. Chime in on the forums, and maybe we’ll revisit this topic in the future with some of our favorite community-sourced tunes.

Andrew Evans · Jan 24, 2018· Comments
The LEGO Group has announced the new sets it will produce for the 2023 Speed Champions range, revealing the McLaren Vision Gran Turismo-inspired Solus among the five sets on offer.