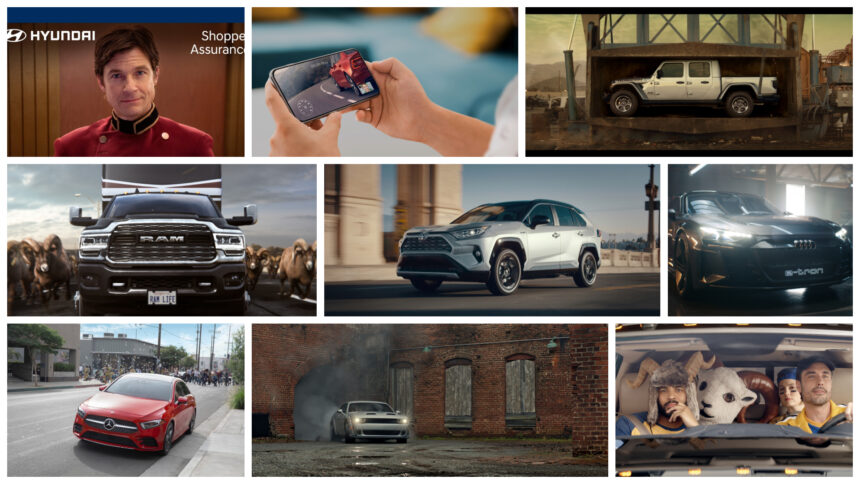 Super Bowl LIII is just around the corner. Fans of both the New England Patriots and Los Angeles Rams are gearing up for a showdown in Atlanta, GA. However, for many viewers, the commercials are what they’re really looking forward too.

Several years ago, these viewers just needed to be surprised every time a commercial break came up. Nowadays though, nearly every company releases its ads in the week leading up to the big game.

Below, you can check out what the automakers have on tap for this year’s spots.

The first commercial comes from Toyota for its RAV4 Hybrid. It also features college football player Antoinette “Toni” Harris along with narration from sportscaster Jim Nantz.

While gearheads probably know the RAV4 well and sports fanatics will recognize Nantz’s name and voice, Harris is probably more of an outlier. Hailing from Detroit, she’s the first and only female to get a college scholarship for a non-specialized position in football.

“The 2019 RAV4 HV is the vehicle that will shatter perceptions of hybrids, much like how Toni is shattering perceptions of a football player. We’re excited to highlight Toni’s inspirational story during the Big Game and remind viewers that assumptions should always be challenged.”

We’re not sure what perceptions the RAV4 needs to shatter though. After all, it’s already the best selling small SUV in America.

Audi’s spot focuses in on what the ideal utopia is like, or at least that’s how it seems.

In Cashew, a man meets his late grandfather again in a rustic looking cabin set in the middle of nowhere. Grandad then ushered him to the barn where the Audi e-tron GT awaits him. However, just as he goes to drive away into a bright light, he’s suddenly jerked awake.

Flash to an office where we see a cashew fly across the room. This is in thanks to a thoughtful co-worker who successfully performed the Heimlich maneuver on the choking man.

After the near-death ordeal, the man then looks on in disgust. This is presumably because Audi wants to convey the message that… it’s better to be dead in an Audi than alive and at work? Honesty, it’s a bit difficult to figure out what message it wants to send.

There is an interesting snippet at the end of the commercial though. In it, it goes on to say that one-third of all Audi models will have electrified options by 2025.

Super Bowl LIII is taking place at Mercedes-Benz Stadium in Atlanta. Naturally it only makes sense the arena’s title sponsor makes a strong showing during the game.

Like Audi, Mercedes is also hoping on the utopian bandwagon. It’s a bit more upbeat though, and even comes with a rather high-profile cast. Just some of the stars making an appearance include Atlanta rapper Ludacris, PGA champ Rickie Fowler, a few Looney Tunes characters, and everyone’s favorite Rough Collie, Lassie.

The ad revolves around Mercedes’ voice technology. Instead of operating functions on a car, it manages to solve day-to-day dilemmas with a simple voice command. Who hasn’t wanted to be able to simply change something annoying by uttering a phrase?

Along with the voice technology, the also shows off the new A-Class sedan.

As gearheads, we probably don’t consider car shopping a burden. In fact, for some of us, it might even be rather fun. However, for a large part of the population, the simple act of going to a dealership is a major chore. Hyundai’s employed none other than Jason Bateman to drive that point home.

As an elevator operator, Bateman shuttles people down through a fun-sucking version of hell. As the elevator descends, it drops unsuspecting passengers off at floors that feature activities like jury duty or a root canal.

Once at the bottom, the doors open to reveal a car lot that no one really wants be around. It’s at that time the riders inform Bateman they’re actually shopping for a Hyundai using the company’s Shopper Assurance program.

With an “oh you should’ve told me” moment, the elevator rockets back up to a heavenly dealership in the sky. Once the doors open the riders stumble out to see the new Palisade SUV with a voice-over about how car shopping is getting easier.

Since 2009, FCA (or Chrysler at the time) has run noteworthy commercials. The one with Eminem and the Chrysler 200C even made our list of the best Super Bowl Commercials of all time. However, this year the company is sitting out the game and instead focusing in on digital and social media ads.

Considering the staggering cost of a Super Bowl ad ($5M per 30 seconds at last estimate) it makes a certain amount of sense. Also, not needing to pony up the cash for a one-minute spot it meant FCA could expand its commercial selection. In what it’s calling the Big Game Blitz, there are several ads featuring FCA brands.

Most of the Big Game Blitz commercials are rather unexciting. They feature the standard patriotic, working-class mantra of previous Chrysler commercials during the big game. However, a few do stand out.

The first is entitled Can’t Remember. In it, we see a pair of cowboys chatting about some of the more famous ads from Super Bowl history as they load up a horse trailer. As they continue their conversation, they bring up the main issue with these ads, no one typically remembers what they’re for.

In the end, they conclude that in order to be a successful ad a company should just show what it’s trying to sell. This cues a shot of the 2019 Ram Heavy Duty pick-up. It’s all surprisingly meta — and effective — and makes you remember the commercial along with what it’s for.

The other ad is also for the Ram brand and does an excellent tie in with the Los Angeles Rams football team. The team takes the appearance of bighorn sheep and starts its cross country stampede from LA all the way to Atlanta.

Along the way, the heard comes across a Ram truck filled with fans. A staredown ensues and finally, a creepy looking mascot appears to make everything right. The heard continues its journey to Atlanta while the fans look on with surprise.

While it’s not the best ad ever, we rather like how FCA pulls the Ram theme altogether. It’s not every day a company get its name and logo to match up with one of the teams playing in the game. We’re sure it was a bit of a gamble to create the commercial in the first place since there was no guarantee on the Rams making it to the Super Bowl. 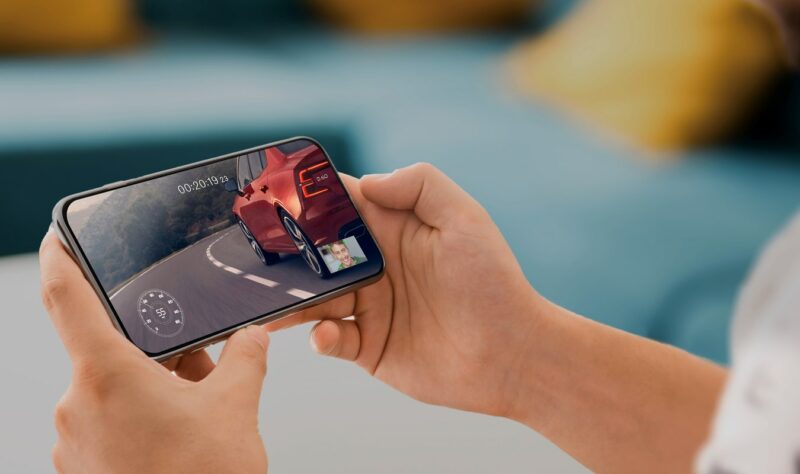 Finally, if you’re one of the many football fans who are sick of seeing the New England Patriots in the Super Bowl, Volvo has an alternative. Instead of watch Tom Brady, presumably, win number six, you can watch a virtual test drive of the new S60 and potentially win one.

All you need to do is sign-up through the Volvo webpage. Then once kick off happens, you stare at your smartphone as a virtual S60 drives around. Keep your eyes on it long enough and you could walk away with a 24-month subscription for an S60 through Care by Volvo.

There’s a catch though if you take your eyes off the screen then you’ll need to start over again.

In order to ensure you’re watching the phone and not the game, Volvo will make use of your smartphone’s camera. There it will record your eye movements and the winning times will get reviewed by a person to make sure there’s no cheating.

It’s a unique way to promote your product, but the $20,000 value of the 24-month subscription is way cheaper than a TV spot. Plus, Volvo will get several thousands of people staring at its product for upwards of four hours.

While it all sounds pretty boring, it’s a stroke of sheer marketing genius.