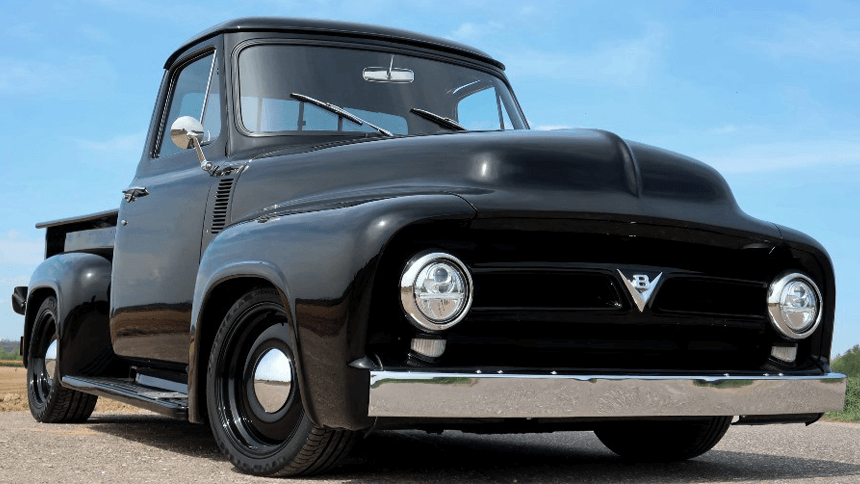 The Mercedes-Benz X-Class is not a bad truck. However, if you’re a fan of vintage trucks it’s not really something you’d give a second glance to. This week’s Want fixes this though. With the body of a Ford F100 and the soul of an SLK, it’s where Americana and Euro-style clash.

Yes, you read that right. This unassuming 1953 Ford F100 half-ton pick-up truck is rocking an engine from a Benz. Specifically it’s the 3.2-liter six-pot out of an SLK 320. Unfortunately, it’s sans supercharger though, which means its only packing 218hp.

In addition to the SLK engine, the F100 gets a few other Mercedes parts as well. Transferring the power to the rear wheels is a 5G-Tronic automatic transmission. The truck also uses SLK axles, brakes, power steering, and exhaust to complete the transformation. 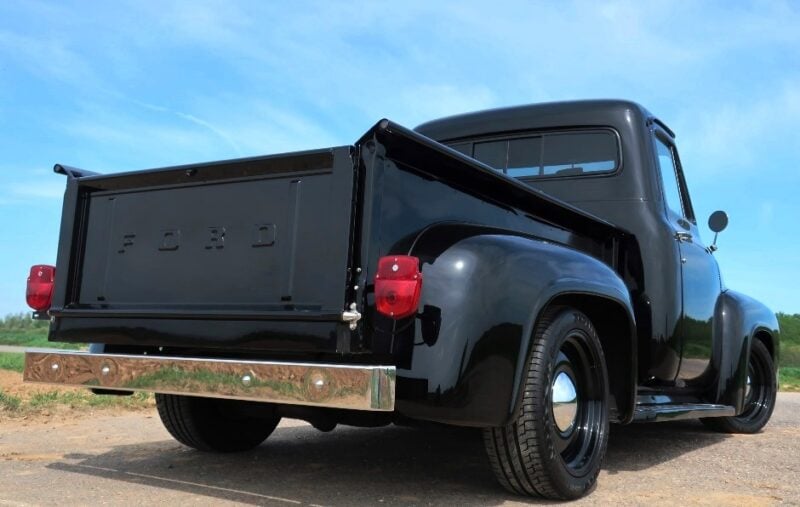 Thankfully, that’s where the Mercedes parts end. Nearly everything else is just dripping with classic American styling and looks fantastic.

This is in part down to an extensive, frame-off restoration that took place over the course of two years. However, during the reassembly process, a few custom and modern touches made their way onto the truck.

The headlights use a set of projectors with HIDs to improve visibility. The front bumper is also recessed to give the F100 a sleek look. There are a few other nips and tucks throughout the truck as well to further enhance the styling.

One of the best features on the exterior is the wheels. Despite the vintage look, they are entirely custom. Clocking in at 18 inches, they’re large enough to clear the SLK brake assembly while still keeping with the original design. 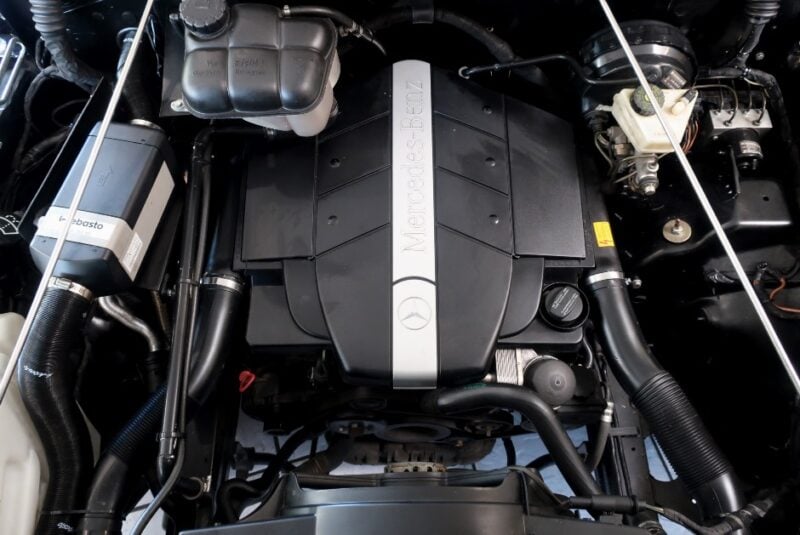 Moving to the rear of the truck, you’ll find a real wood bed floor. There’s also a motorcycle mount built into the floor, allowing you to carry your vintage bike without the need for tie-downs. Finally, there’s a locking cover as well, to keep everything nice and secure.

The interior of the F100 tries to stick to the original as much as possible. However, like the exterior, it still integrates some modern touches. The seats and door panels use grey leather, and the dash gets a coat of black paint, similar to the exterior. The gauges are modern units too, in the style of original OEM components.

Andrew Evans · May 1, 2019· Comments
The LEGO Group has announced the new sets it will produce for the 2023 Speed Champions range, revealing the McLaren Vision Gran Turismo-inspired Solus among the five sets on offer.

Andrew Evans · May 1, 2019· Comments
Rally driver and automotive car culture icon Ken Block has been killed aged 55 in a snowmobile accident in Utah.