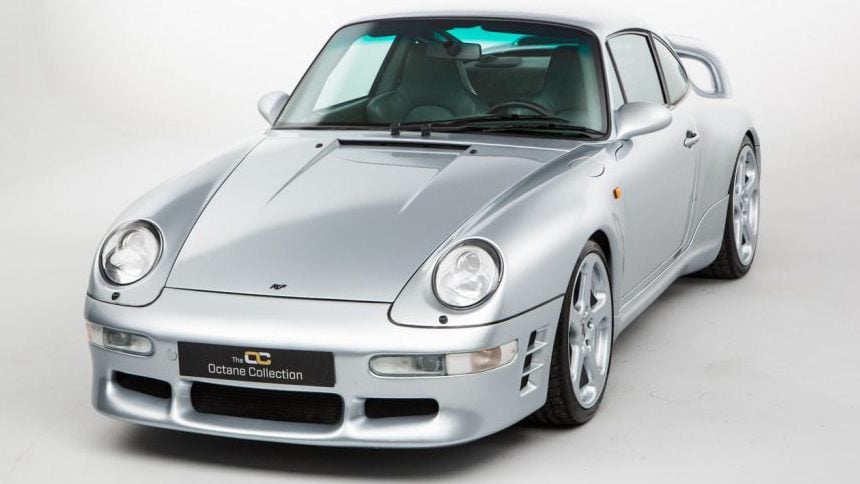 While the history of Porsche dates back 70 years, RUF is even older and closing in on its 80th birthday. That’s why for this week’s Want we’re taking a look at just one of the company’s iconic models, the CTR2.

Founded in 1939, RUF has a rather humble beginning. For nearly 25 years it operated as a repair facility for the people of Pfaffenhausen, Germany. The company also dabbled in making a bus too.

However, according to an interview with Alois Ruf Jr., the son of founder Ruf Sr., the love affair with Porsche began in 1963.

The story goes that Ruf Sr. was out driving his bus and a Porsche 356 passed him and lost control. Ruf Sr. stopped to help the driver and got him to the hospital.

Ruf Sr. would go on to buy the wrecked car and brought it back to like-new condition. There the 356 became a family car of sorts. But a year later, while on a trip to Munich, Ruf Sr. was stopped by a man who offered to buy the car. After some back and forth at a cafe, the two struck a deal and Ruf Sr. sold the car, turning a tidy profit.

From then on Ruf Sr. and his sons started buying and selling Porsche cars. They’d eventually earn the reputation of the Porsche specialists who wouldn’t fear anything.

It wasn’t until 1975 the first RUF-enhanced Porsche came along. This set the stage for the company we know today. Then in 1981, it secured the right to be its own company instead of just a Porsche tuner from the Federal Motor Transport Office.

Due to this, even though virtually all RUF cars look like their Porsche cousin, they are indeed their own bespoke cars. 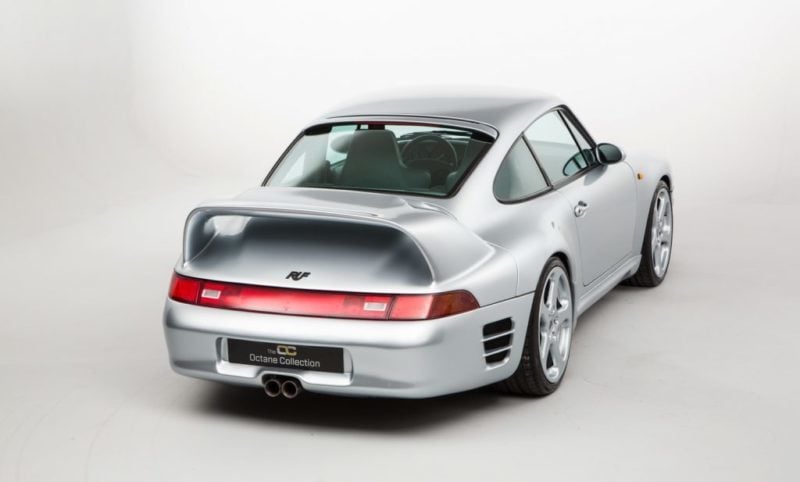 The model we are taking a look at for this week’s Want is the rare CTR2. If the CTR2 moniker rings a bell you might remember it with the accompanying “Yellowbird” name. Yes, the legendary car that’s a favorite of Gran Turismo (and Assetto Corsa) players.

This 1997 CTR2, offered for sale by The Octane Collection, in Gilford, UK is truly exceptional.

Based on a body-in-white Porsche 993-gen 911, it takes the already exceptional car and cranks the dial up.

Under the bonnet, it features a 3.6-liter flat-six engine sporting twin turbos. This puts the power number right at 580 ponies, certainly a step up from the 450hp 911 Turbo S.

The engine is also not the standard Porsche affair either. Instead, it’s similar to the one found in the Porsche 962 Group C race car or the weird and wonderful Schuppan 962CR.

All this power adds up to an impressive 0-60 time of 3.5 seconds and a top speed of 220mph. This puts it on par with some of the best of the best supercars available in 1997. In fact one of the only cars faster than it was the McLaren F1.

In addition to the engine, it also sports several other details that set it apart from your average 911. These include things like the Ruf bumpers and the massive rear wing. However, there are several details one might not see, like the extensive use of carbon fiber and kevlar.

Venturing inside the CTR2 is — well, it’s very ’90s. It’s a symphony of green from the seats, to the console, to the carpets. While it probably worked 20 years ago, it does show its age today.

But getting past the interior is easy once you look at the immaculate shape the car is in. With just a little over 30,000 miles on the clock, it’s still pretty showroom fresh.

With just 16 examples in existence, as you’d expect the price is pretty high at £624,995 ($836,000). But that’s a small price to pay to tell everyone you meet while driving it that you don’t actually drive a Porsche.

Andrew Evans · Jun 13, 2018· Comments
The LEGO Group has announced the new sets it will produce for the 2023 Speed Champions range, revealing the McLaren Vision Gran Turismo-inspired Solus among the five sets on offer.