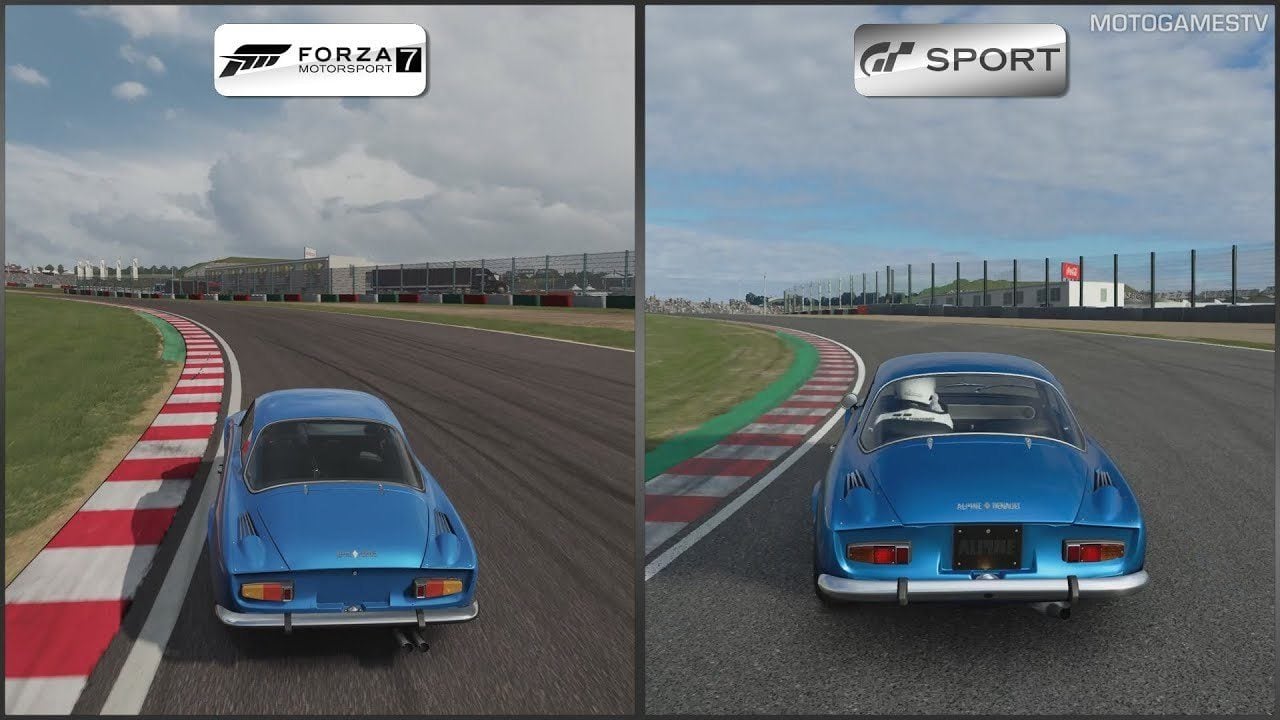 It’s time for another sim racing comparison. This time around, it involves a classic French rally car and two of the biggest titles on consoles.

The latest Motogames.tv comparison takes the Alpine A110 — the old one, not the new — and runs it in both GT Sport and Forza 7. It also uses one of the few tracks both games feature; in this case, it’s the small, quick East layout of Suzuka.

Visually, the tracks are quite similar, though there’s more of a red cast to Suzuka’s S-bends in Turn 10’s game. Inside, both models appear almost identical from a a modelling perspective. The nod goes to GT Sport in terms of metallic surfaces, but outside of that — and the different steering wheel centers, both of which came from the factory — there’s surprisingly little between the two games when on the move.

And then there’s the sound. It’s not a huge gap, but there’s certainly an audible difference between the two games. In FM7, the A110’s rear-mounted four-pot has a higher tone to it, lacking a bit of the bass found in Sport. They both sound like the same basic engine layout, but that buzzy character in Forza 7 is even more noticeable when the camera switches to the exterior.

We do find the seemingly seamless transition between the two games’ tire squeals at 0:25 entertaining, though!

What do you think about the Alpine’s digital representation in these two games? Let us know in the comments.