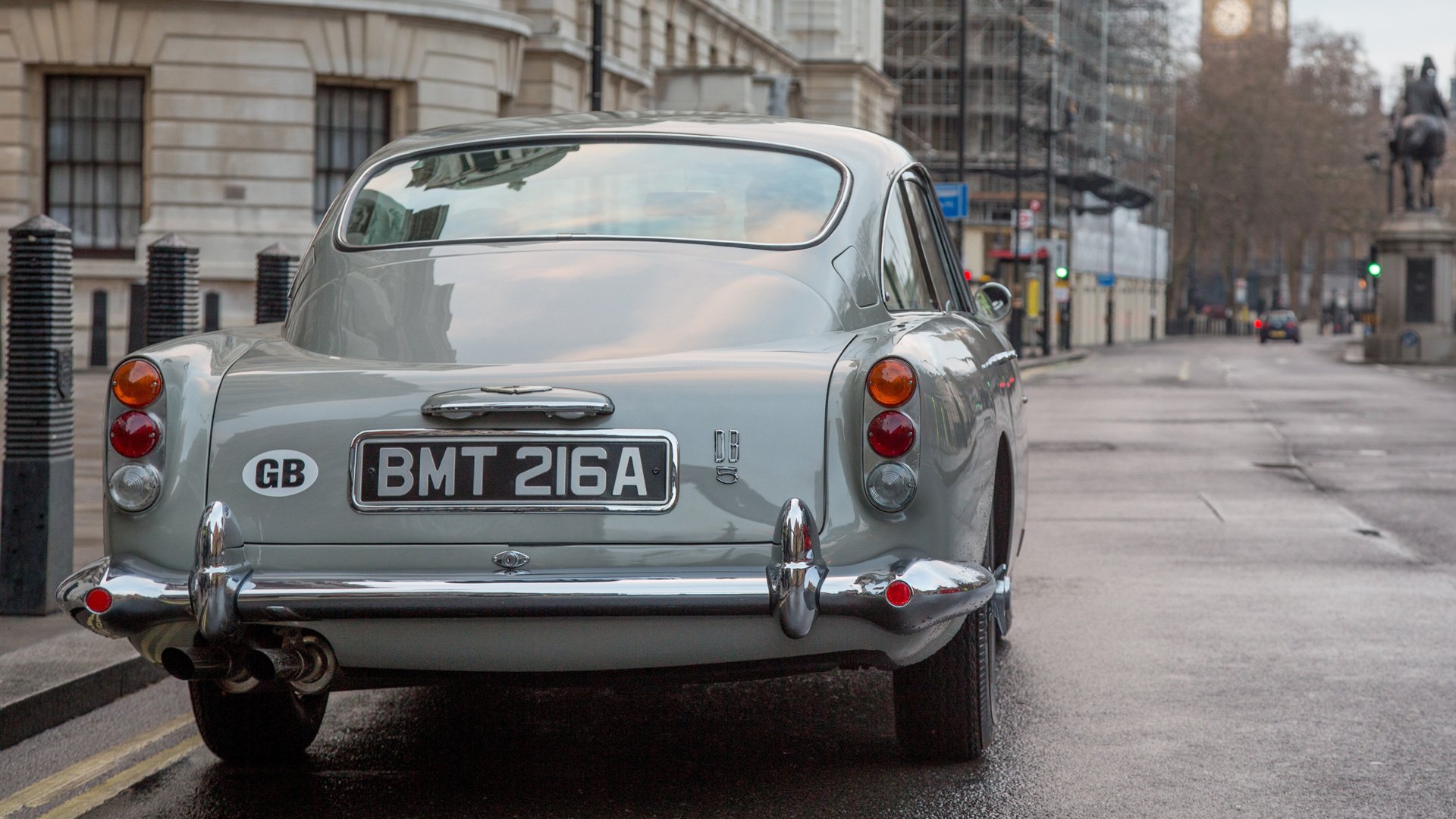 But from all his rides, the Aston Martin DB5 stands out among them as the one most associated with the famous spy. Now Aston Martin and EON Productions are teaming up to bring the movie car to life.

As part of the Aston Martin continuation project, the team at Gaydon is recreating the Bond DB5. It’s not just a mere replica either; this DB5 is an authentic and faithful reproduction of the car seen on screen in Goldfinger.

But the continuation DB5 is not just an old Aston Martin; along with some “sympathetic” modifications to improve the build quality and reliability, it comes with the plethora of gadgets to needed to make it a full Goldfinger replica.

Quite what this entails is a mystery for now. Aston Martin confirms that the revolving number plates will make their way to the car, but we’re pretty sure that the machine guns probably won’t. Hopefully neither will the lethal wheel scythes, although we can see the rear window bullet shield making an appearance. Perhaps Aston will fit a modern infotainment system to replace the tracking device Bond uses to keep tabs on Goldfinger’s Rolls-Royce. We’re not sure about the ejector seat though, but we won’t ride shotgun just in case…

To make sure Aston gets Ken Adam’s original gadgetry correct, it’s working with EON Productions. At the forefront of the team is special effects supervisor Chris Corbould.

In addition to bringing Q’s gadgets to life on screen, Corbould also has quite the resume. In 2011 he took home an Oscar for Best Visual Effects for the film Inception. He’s also the record holder for the world’s largest film stunt explosion, set during the most recent Bond outing, Spectre. If Aston wants to nail what makes Bond’s DB5 special, Corbould is certainly the man for the job. 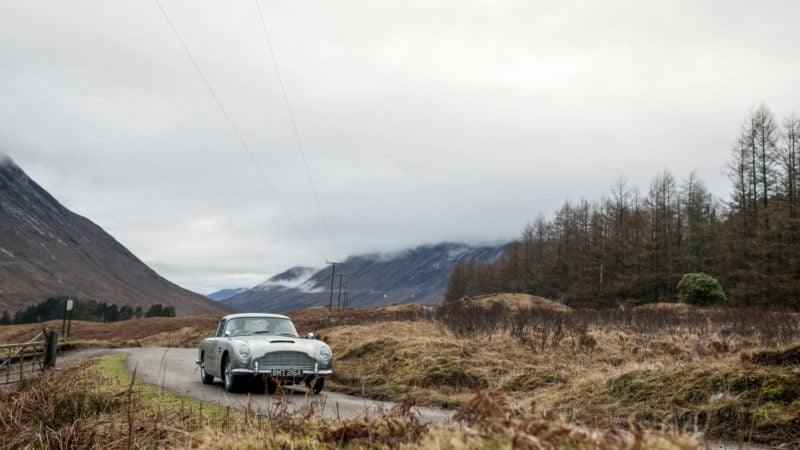 There’s a few pieces of bad news though, if you’re hoping to get your hands on one of these. Firstly, it’s not road legal. This means you can’t relive any of the seven films the DB5 showed up in, unless you happen to find yourself and your car in Pinewood Studios.

The two other barriers are the price and the availability. Commanding a price Auric Goldfinger himself can appreciate, this DB5 runs a cool £2.75m plus taxes (about $3.2 million). Also, Aston is limiting the production to just 28 models, with only 25 of them going to paying customers.

Of the other three cars, one each will go to Aston Martin and EON Productions. The final DB5 will hit the auction block for charity. Consider that people love the famous spy car, we expect it to score big for whatever organization Aston chooses.

If this is a little steep for you, or if you’re worried about getting on the list, you’re in luck. For just $150 you can take home a Lego version of Bond’s DB5. Or if you’d rather go digital, there’s a good chance it’ll find its way into Forza Horizon 4.

The build for the Bond DB5 will take place at Aston Martin Works in Newport Pagnell. To further make this special, that’s the facility where Aston Martin also built the original DB5.

Deliveries will start in 2020 and we can’t wait to see it in the metal!