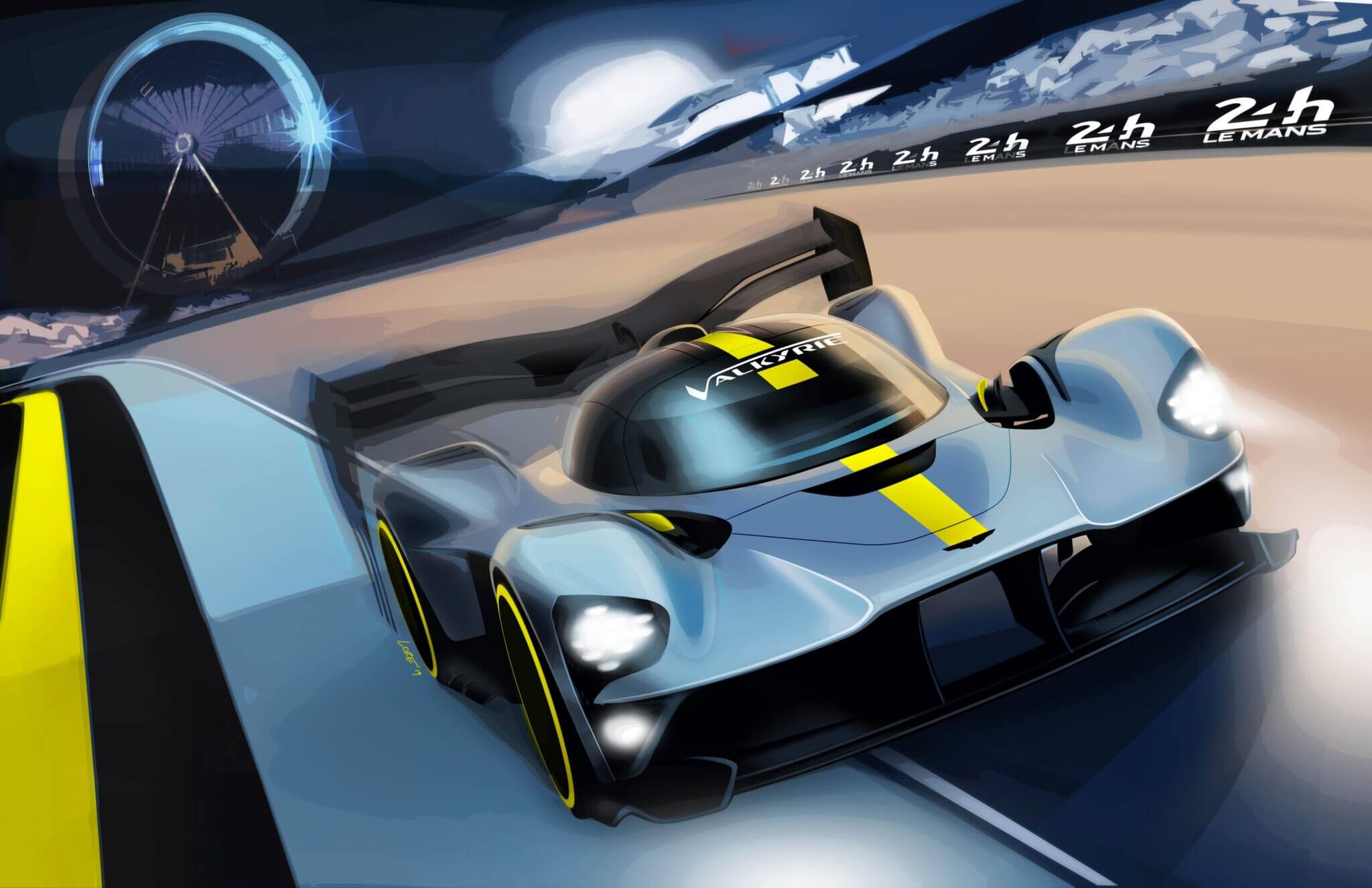 Aston Martin has become the first manufacturer to reveal its Le Mans “hypercar”, under the new rules for 2020-2021.

The British brand will return to the top class of the endurance race, and compete in the full FIA World Endurance Championship season, for the first time since 1989. Its weapon of choice for a first victory since 1959 is, of course, the Valkyrie.

Aston has been developing the Valkyrie in conjunction with Red Bull Racing, and has so far confirmed both a “regular” road car and a slightly hotter track variant that it calls the AMR Pro.

A Le Mans Hypercar-category racer would represent a third variant. Though Aston Martin has created the car with that sort of extreme performance in mind, it isn’t entirely ready made for a 24 hour race. 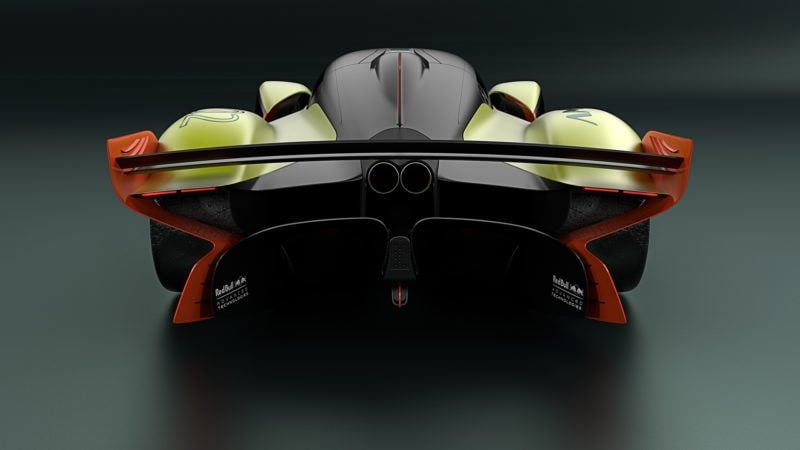 Valkyrie, says Aston Martin, will be the platform for the Le Mans challenger. It shouldn’t be significantly different in terms of form, but the regulations for the category limit the cars’ power well below the 1,100hp that the Valkyrie puts to the road. In fact the hypercar rules limit the combustion engine to 697hp, with a maximum 268hp from a front-wheel motor hybrid system.

The good news is that Aston Martin won’t be doing away with the Valkyrie’s heart. It’ll keep that naturally aspirated, 6.5-liter Cosworth V12, but Aston Martin Racing will have to turn the wick down from its 1,000hp peak.

“We have always said that we would one day bring Aston Martin back to Le Mans with the intention of going for the outright win when the time was right – now is that time. David Brown came here in 1959, with a car and a team of drivers capable of winning. We intend to do the same in 2021.

“The Aston Martin Valkyrie is primed for such a challenge and sits perfectly within the ACO’s new ‘hypercar’ rule framework. Bringing to bear all of our previous experience and knowledge of competing at the top levels of motorsport, we embark on this most ambitious project with the necessary ingredients for success. What could be more evocative than the wail of an Aston Martin V12 leading the charge into the night on the Mulsanne straight?”

Andrew Evans · Jun 14, 2019· Comments
The most famous 24-hour race in the world is back, for its 90th running, just 10 months on from its last event as it returns to its normal spot on the calendar.

Andrew Evans · Jun 14, 2019· Comments
Gran Turismo series partner Toyota has revealed a special, limited edition version of its Toyota Yaris hatchback, which not only bears the Gran Turismo 7 name but comes with a free copy of the game and a PlayStation 5 console.

Andrew Evans · Jun 14, 2019· Comments
After it surprisingly revealed a new car at the Consumer Electronics Show (CES) in 2020, Sony has taken the covers off a second model at this year’s show — and it looks like it might be planning to build them.

Andrew Evans · Jun 14, 2019· Comments
Porsche has officially taken the covers off its Vision Gran Turismo car, designed specifically for Gran Turismo 7 when it launches on March 4.

Andrew Evans · Jun 14, 2019· Comments
MG’s specialist design center, SAIC Design in London, has created a new concept car that’s not only inspired by gaming, but a games room itself.

Andrew Evans · Jun 14, 2019· 1 Comment
Only 11 months have passed since the last 24 Hours of Le Mans but, thanks to yet more calendar disruption, the world’s most famous 24-hour race is back — and there’s some major changes.

Michael Leary · Jun 14, 2019· 13 Comments
Although Lamborghini has now officially pulled the wraps off its latest nostalgia project, the Countach LPI 800-4, you’re already too late to buy one.