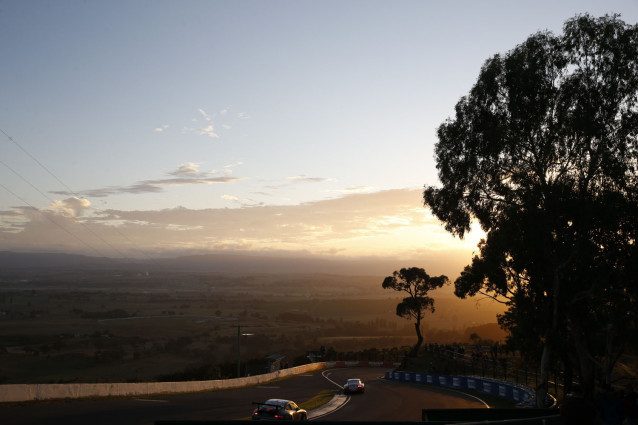 Australia’s prime racing circuit hosted an absolute thriller over the weekend which saw Tekno McLaren take the title, despite harsh competition from defending champions Nissan and a few issues faced along the half-day event. The driver team of Shane Van Gisbergen, Alvaro Parente and Jonathon Webb faced a car break-down and drive-through penalty, which threatened their chances of domination by pushing them down to 3rd in the closing stages of the endurance race.

However, the team were tenacious in their efforts throughout the race and got their reward when an aptly timed safety car eliminated a 1:40 gap to the cars in front. From there, Tekno seized the moment and used a welcome fuel stop to push their car to glory, McLaren’s first major coup since winning the Le Mans 24 Hour in the mid-90s.

Outside of the winner’s circle, the chimes of a missed opportunity will ring clear in the ears of Tekno’s competitors. Nissan – with 2015’s winners sharing driving duties with Rick Kelly – were let down by a poor qualifying performance, while Bentley lead the race on multiple occasions but fell flat to tyre problems and suspension failures. Regardless of these unfortunate events it would be unfitting to suggest Tekno did not deserve the victory, as they had the fastest car and overcame their issues…both self-inflicted and coincidental. 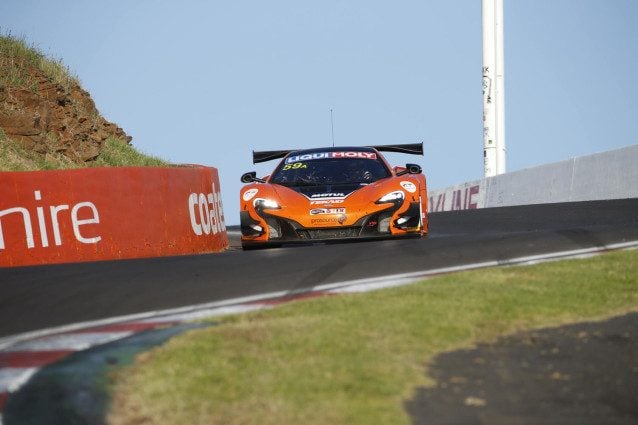 Mid-pack drama was rife, perhaps most disappointingly the performance of the Mercedes cars is that which should be quickly forgotten, forfeiting any sort of impact on standings in lieu of broken passenger doors, tyre worries and a broken pit boom. The SLS was completely over-shadowed by competing cars in its class but it should be a lesson learned for Erebus Motorsport that speed is nothing without reliability in this game.

In the other classes participating Class B was won by Scott McLaughlin, Earl Bamber and Stephen Grove in their impressive Grove Motorsport #4 Porsche 997 GT3 Cup Car, placing 12th overall. Class I was taken by Jake Camilleri, Aaron Seton and Morgan Haber in their #93 MARC Cars Ford Focus – piloting it to a respectable 13th overall.

If you watched the race, why not share your thoughts below? Which driver/team really caught your eye? Join in the discussion in our GT Racing thread.

This would also be a fitting time to remind the community of our very own 3rd Annual GTPlanet Bathurst 12 Hour endurance race, part of the GTPlanet Sportscar Series. 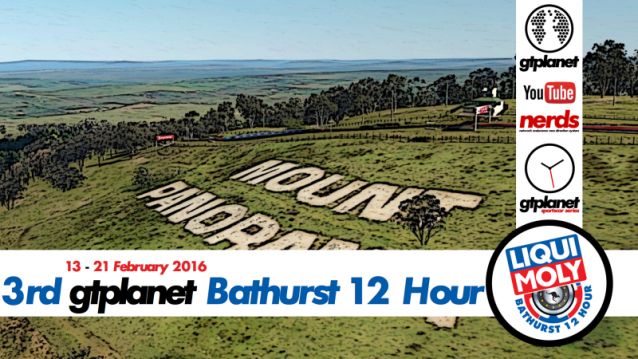 The event, which kicks off with qualifying on 13/02, will see Team Redline GT make their official debut in what poses to be a fantastic race. Featuring Touring and GT3 series vehicles, the event will be streamed live with full commentary. So, why not get involved? If the real deal was anything to go by, this promises some exciting racing.

Andrew Evans · Feb 8, 2016· Comments
The most famous 24-hour race in the world is back, for its 90th running, just 10 months on from its last event as it returns to its normal spot on the calendar.

Andrew Evans · Feb 8, 2016· Comments
Netflix has confirmed that Drive to Survive, its fly-on-the-wall docu-drama series following the world of Formula One behind the scenes, will return to the streaming service on March 11.

Andrew Evans · Feb 8, 2016· Comments
Venture capital concern ROKiT has teamed up with Sector3 Studios, developer of the RaceRoom Racing Experience sim, to create a new esports competition for teenagers with a very special prize: a season-long contract to race in Formula 4.

Andrew Evans · Feb 8, 2016· Comments
Newly crowned Formula One World Champion Max Verstappen has spoken of his love for sim racing during an interview with ex-F1 driver David Coulthard for CarNext.com.