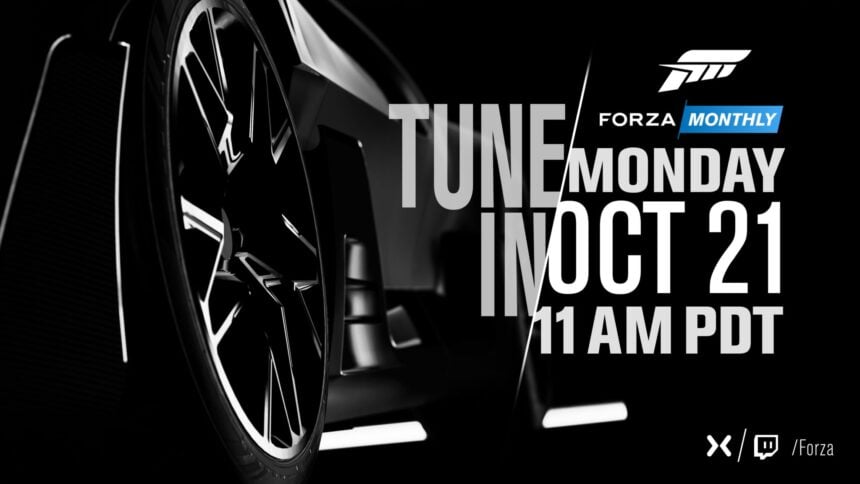 The Bugatti Divo is (Probably) Coming to Forza Horizon 4

We always look forward to the Forza Monthly. Like all fans, we tune in as it’s an opportunity hear about the latest updates on the Forza franchise. The official Forza Twitter account has revealed the date for the next installment — Monday, October 21 — but it rather looks like Turn 10 has taken the opportunity to tease a new car into the bargain.

It's that time of the month again everyone! Our next #ForzaMonthly is just a week away, and we'd love you to join us as we go through all the latest news & updates in the world of Forza. Show starts at 11am Pacific/7pm UK on Mon Oct 21. Watch it all here – https://t.co/RFcsIRzyKk pic.twitter.com/HNNZh5oNPc

You’ll be forgiven for not spotting it straight away, but as the guys over at AR12Gaming point out, the monochrome car close-up bears a striking similarity to the Bugatti Divo.

Although not immediately clear, the car does indeed seem to be the Divo, bearing the unique wheels from the special edition car. We appear to be looking at the front of the car, with the Tricolor-badged front brake vents behind that telltale wheel.

Based on the already bonkers Chiron, the Divo is a car tailored more towards handling than outright speed. The Divo also embodies Bugatti’s coachbuilding past with a new aggressive body.

Despite the changes, the Divo’s heart remains dominated by an 8-liter, quad-turbocharged W16. With 1,479 horsepower, the Divo retains the Chiron’s monster acceleration, but the changes mean it’s only capable of hitting 236mph rather than the Chiron’s recent 300mph mark. 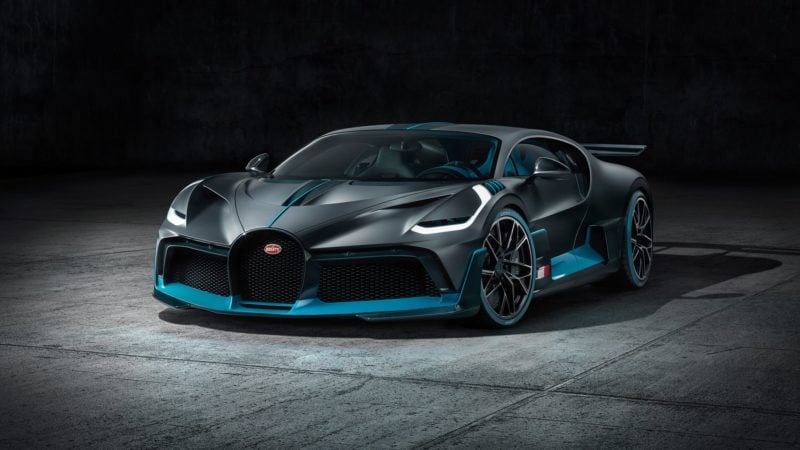 We’d expect the Divo to be the headline act for the Season 15 update in Forza Horizon 4. Following the Mclaren spotlight for this month, could Season 15 shine its own beam on Molsheim?

Of course there’ll be far more information to come over the next few days, and players will find out all on October 21 at 1800UTC with the official broadcast on Mixer. Stay tuned for further details.

BugattiForza Horizon 4 Game Update
13 Comments Discuss this post in our forums...
Can You Beat the Impossible Gran Turismo Quiz?