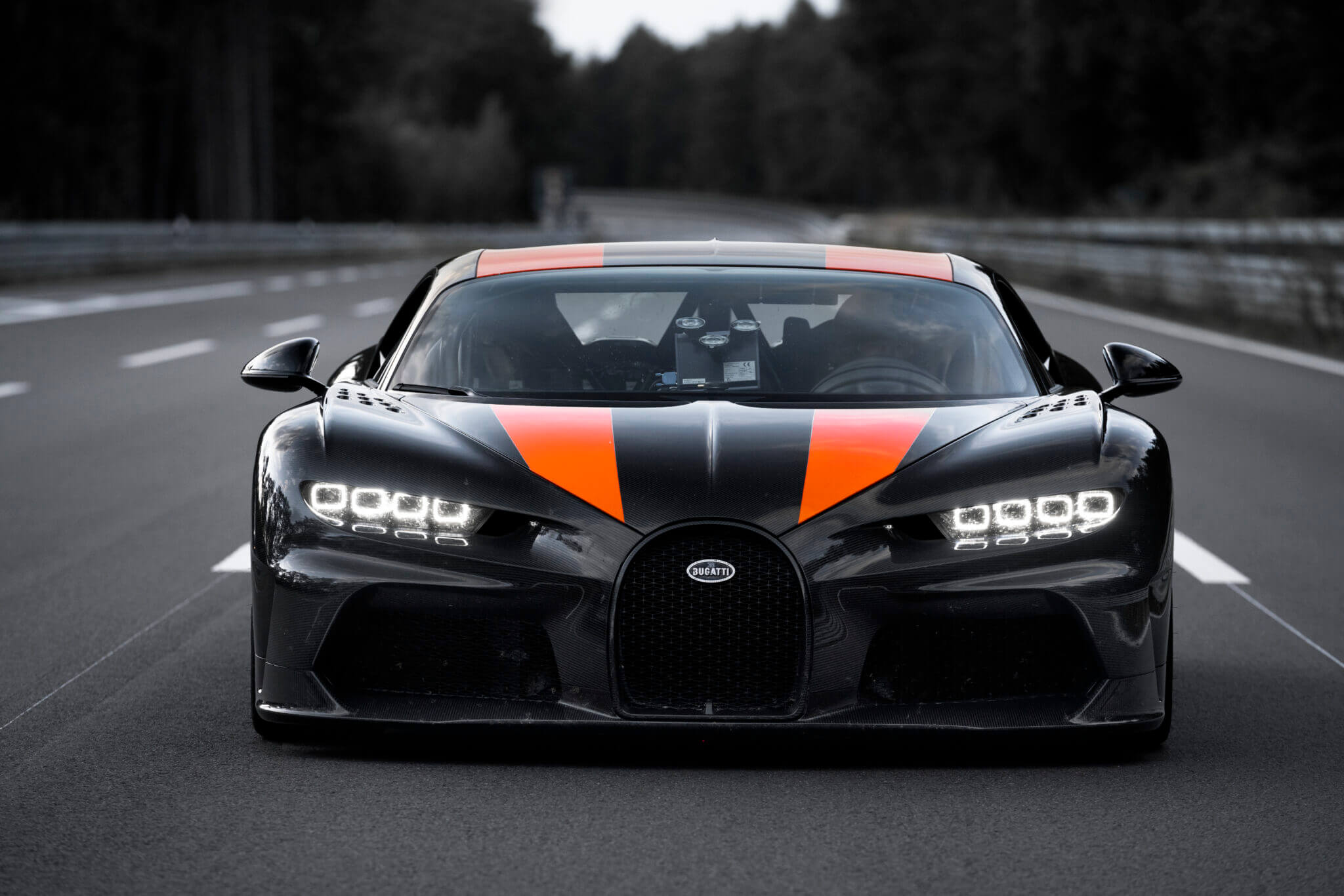 With chief test driver Andy Wallace at the wheel, the Chiron set a remarkable new benchmark of 304.773mph on August 2 at the Volkswagen Group’s test circuit at Ehra-Lessien. That’s the same place that Bugatti has previously set its 400km/h, 250mph and 0-400-0km/h records. And where Wallace set a speed record for a LEGO car.

This run reconfirms Bugatti’s place right at the very top of the merchants of speed, but there’s a couple of catches. 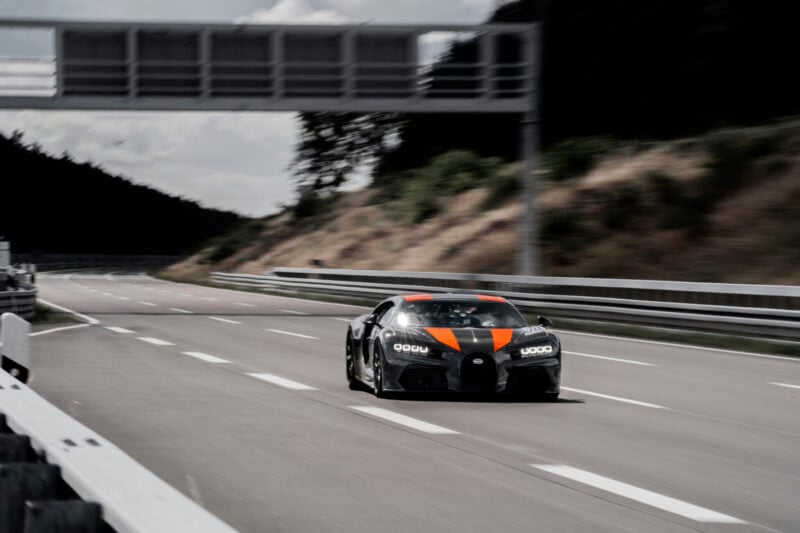 The first is a technicality. All land speed records require two runs on the same course in opposite directions, with the record being the average speed of the two. It’s why Hennessey never managed to lay a solid claim with the Venom, despite hitting 270mph; that run, at the Kennedy Space Center’s 3.5-mile runway, only went in one direction. Moreover, the two runs must take place within an hour of each other.

That means that, for now, Koenigsegg still holds its record at 277.87mph. It might not hold it for long, as the Chiron’s top speed is almost 10% faster, but don’t count the Swedes out just yet either. Koenigsegg has a tendency to not take these things lying down. 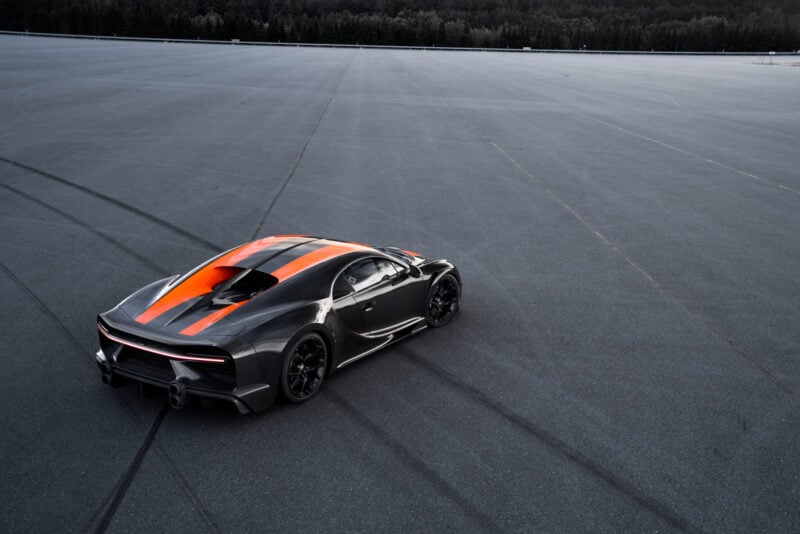 The other catch regards the car Bugatti used. As you’ll no doubt have spotted from the images, this isn’t exactly a “regular” Chiron. This is a car Bugatti has specifically built for the task of busting the triple century and, for now at least, you can’t buy one.

This Chiron is 10 inches longer than the normal road car. There’s a long tail to aid high speed stability, and a new, fixed rear wing to replace the active version (which doubles as an air brake). The whole car rides much lower too, with laser-controlled ride height.

That takes care of the aerodynamic side of the speed equation. For power, Bugatti has fitted an updated version of the characteristic eight-liter W16 engine. Rather than the 1,479hp of the ordinary Chiron, this produces 1,578hp — the same as the Centodieci’s power unit — but the regular gearbox and all-wheel drive system remain. 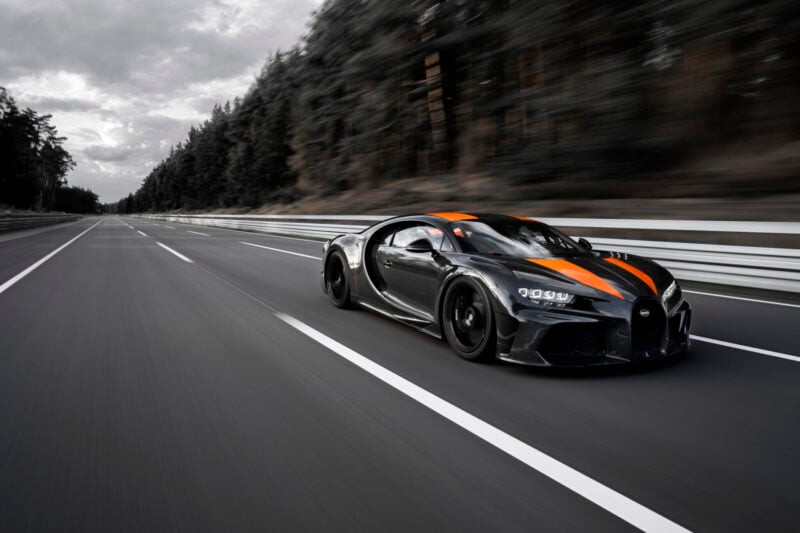 Although weight doesn’t play that much of a role in top speed, Bugatti has shaved a few pounds here and there. It’s largely a trade-off; there’s no passenger seat and the driver’s seat is more racing than luxury, but there is a roll cage and a whole load of telemetry gear.

Ultimately it renders the 300mph Chiron a bit of a one-off. However, Bugatti still has a few hundred Chirons to build before it reaches its production limit, and it’s not averse to selling cars in lower runs — or even entirely unique cars. Chances are that some of what Bugatti has done to this car will make it into a full production model before too long — perhaps a Chiron Super Sport — if only to dot and cross the record officially. 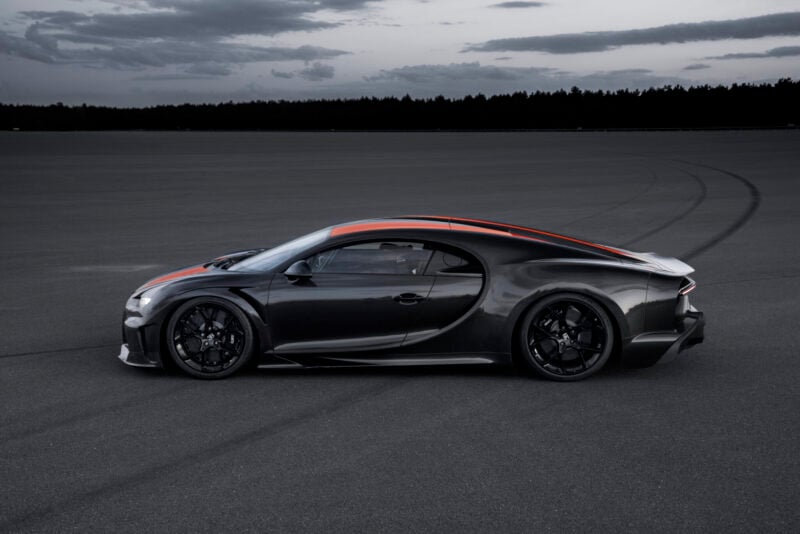 As for the next boundaries, at 500km/h and 350mph, don’t count on a car from Molsheim taking the headlines. Speaking to Top Gear, Stephan Winkelmann, president of Bugatti, said:

“Bugatti has once again shown what it’s capable of. With this new record of the Chiron we enter again uncharted territory. Never before has a series manufacturer reached this high speed. Our goal was to be the first manufacturer ever to reach the magic 300mph mark. We have now achieved this – making ourselves, the entire team and myself, incredibly proud.

“We have shown several times that we build the fastest cars in the world. In future we will focus on other areas.”

That’ll be an SUV then. In the meantime you can watch what might be the last manufacturer-led benchmark for pure speed below: