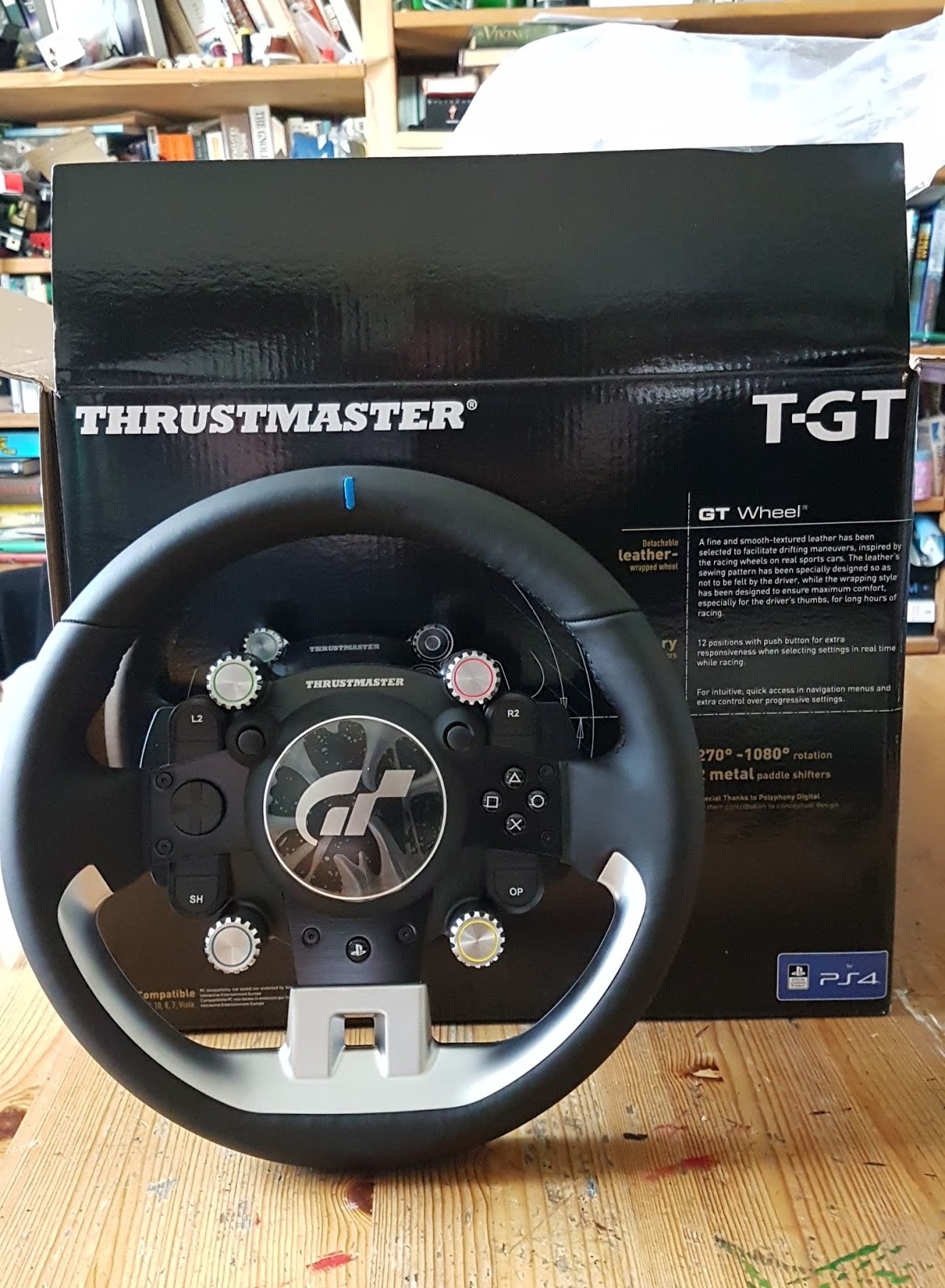 A lucky sim racer has got his hands on Thrustmaster’s new flagship wheel. Not only that, he’s been generous enough to share the experience with us.

In the summer, Michael Gooderham of SmallBlogV8 attended Goodwood Festival of Speed. As we knew at the time, GT Sport was there. What we didn’t know was that a special media competition was held, with a Thrustmaster T-GT up for grabs. Gooderham topped the leaderboard, and lo and behold, a hefty package arrived at his house late last month.

Weighing in at just over 25lb, the T-GT is a serious bit of kit. Gooderham walks us through the unboxing, starting with the many T-acronyms. Of particular note here is the GT-exclusive T-DFB system: it’s the subwoofer-looking attachment on the back of the base.

According to the company, this offers a three-dimensional perception of the environment. The T-DFB system picks up vibrations via the steering column and transmits them directly to the driver. We tried it at E3 in June and thought the system showed promise, but still required fine-tuning. We really did like the feel of the rim though, and it seems we aren’t alone:

“The wheel itself smells lovely. I know that’s the first and most important question you had. The rim is upholstered in real, slightly wrinkly leather and feels tangibly higher-quality than my T150-Ferrari does. The buttons have a short but precise travel with a satisfyingly tight ‘click’. The real-time adjuster dials, however, don’t have quite the same solidity in their action, even if the metal knobs themselves feel solid to the touch. Given that you’re invariably going to be spinning them with your thumb at a slightly awkward angle, I think there’s a risk of adjusting one a step too much on occasion.” 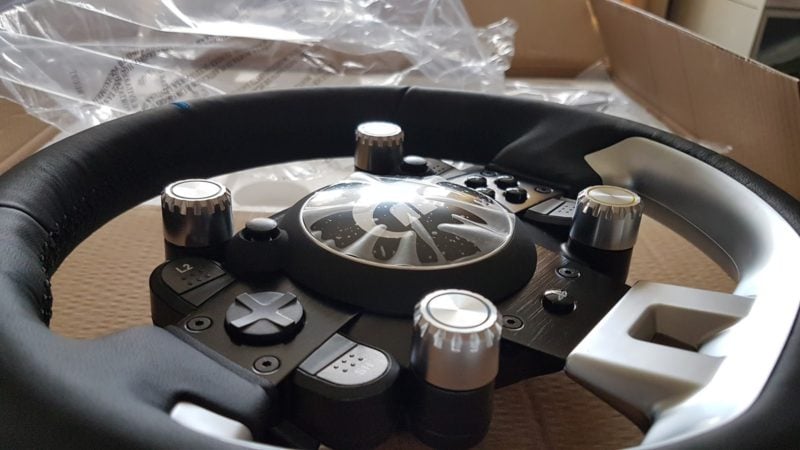 Next up is the seven-pound wheel base itself. We never really gave the unit a close look at E3, but here, we get to better appreciate the asymmetric design. In place of the PS3/PS4 switch on other Thrustmaster bases, the T-GT uses an “Other/GT” one. This is undoubtedly tied to the afore-mentioned T-DFB system.

Gooderham then turns to the turbo-shaped power supply. It’s certainly kitschy, but we imagine it’d look pretty cool in a dedicated rig setup.

Finally, there’s the unique pedal set. The three-pedal base comes with one conical mod, giving players the option of which they’ll fit it to. The pedals look great, milled from solid metal. Curiously, the middle pedal can’t be moved to the left or right, but both the throttle and clutch can.

Unfortunately, the man lucky enough to receive the wheel early hasn’t actually been able to set it up yet! You’ll want to hurry up, Michael: the game releases in less than two weeks, and a demo arrives on Monday.

A big thanks to Michael for sharing this story with us! For his full first impressions, hop on over to SmallBlogV8.