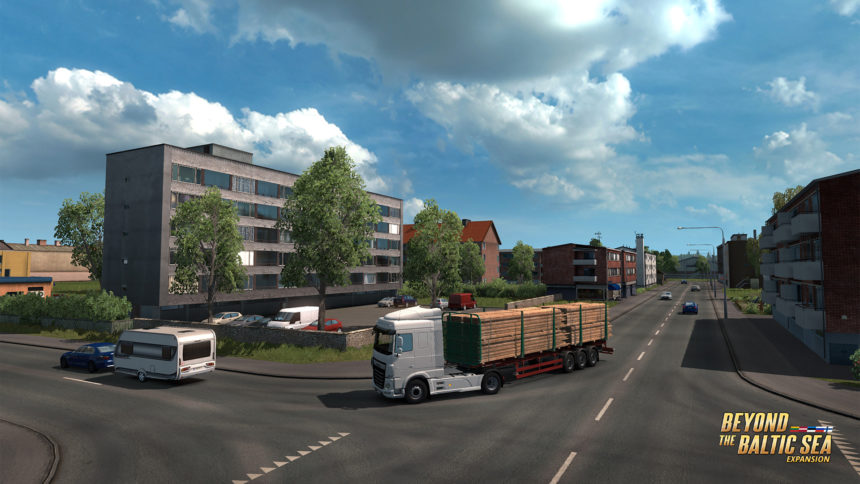 The map for Euro Truck Simulator 2 is getting another expansion. This time sim truckers will venture further east than ever before with the new Beyond the Baltic Sea DLC.

As the name suggests, the new map centers around the area near the Baltic Sea. This includes the countries of Lithuania, Latvia, and Estonia. There’s also bits of southern Finland along with a few Russian areas like Kaliningrad and St. Petersburg.

In total there are 24 new cities to explore along with several small towns dotting the landscape. All the cities are connected with 13,000 km (8,077 miles) of new roads and highways to venture down.

In addition to the new roads, there are also new ferry routes across the Baltic Sea. These also come with new dock areas for you to catch a ride or pick up new cargo.

Speaking of cargo, Beyond the Baltic Sea adds 30 new companies to accept jobs from. The companies even open up a new trailer setup too.

For those living in Finland, you might be familiar with the High Capacity Transports. For those who aren’t, it consists of two full-size trailers. 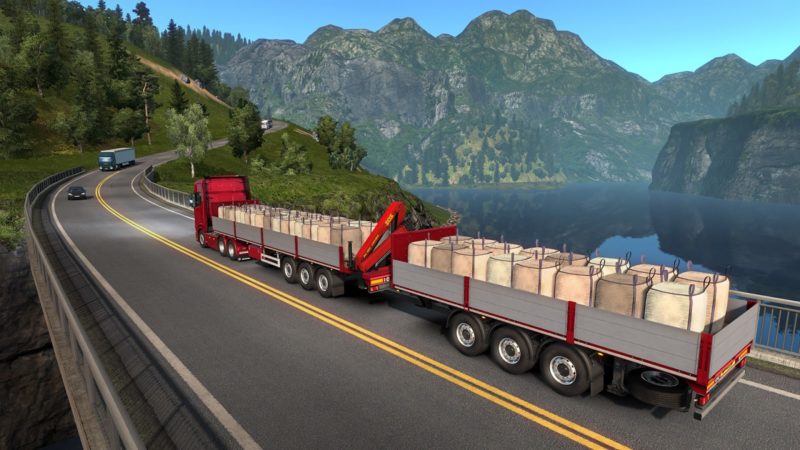 The setup is only legal on Finnish roads so you won’t be able to do long hauls with them. Even then, it’s still a neat detail that adds another layer of realism to the game.

As for other features with Beyond the Baltic Sea, you get new assets, buildings, and vegetation. There are also unique achievements made specifically for the DLC as well.

To go along with the new DLC, there’s also a new patch that brings the game to version 1.33. It’s mostly in support of the DLC and adds in the new ports and trailer setups so they’re available in the game. But there are things like physics improvements, new rain effects, and various bug fixes.

Finally, if you want to complete your Beyond the Baltic Sea experience, you can also pick up one of six new paint job packs. Each pack contains unique designs for each of the new areas.

Beyond the Baltic Sea is currently available for $17.99 on Steam. Each of the paint job packs are $.99 a piece as well. If you want everything, you can save yourself 19% and pick up everything Baltic related for $18.65.

Euro Truck Simulator 2
6 Comments Discuss this post in our forums...
Can You Beat the Impossible Gran Turismo Quiz?

Motorsports 4 Jan 18 by Andrew Evans
2018 GT Sport Nations Cup champion Igor Fraga has started his 2020 racing campaign with an impressive podium finish in the Toyota Racing Series (TRS). The TRS is a Formula…