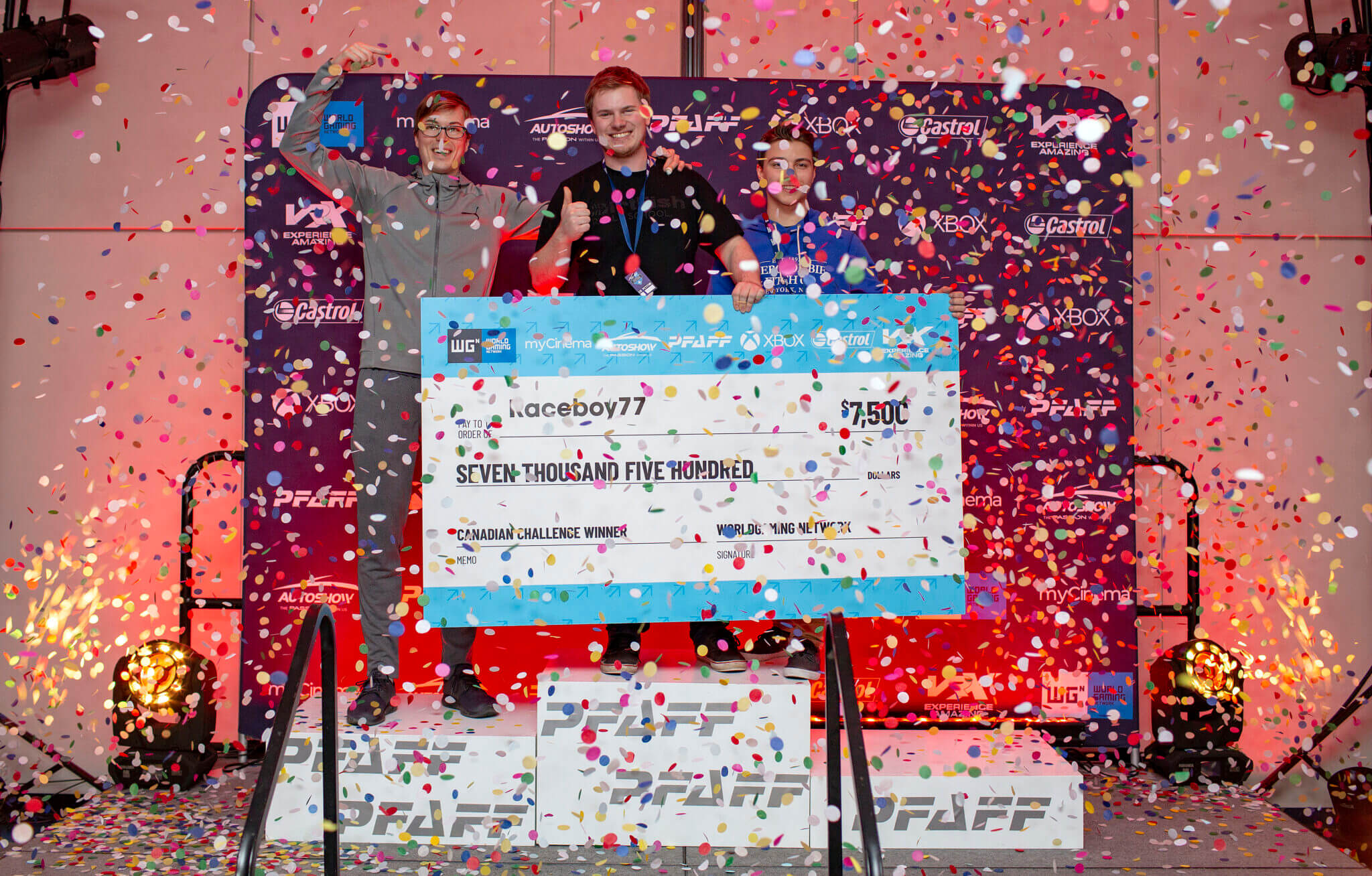 He was the favorite heading into the day, and it turned out to be for good reason. With four wins in as many races, Evan Thorogood clinched the title at the WorldGaming Pfaff Forza 7 Canadian Challenge in Toronto on Sunday.

Thorogood, otherwise known as “Raceboy77”, had plenty of Forza experience to rely on heading into the final. The 26-year-old Albertan is a regular on the game’s leaderboards, and appeared in numerous Forza Racing Championship events.

Last year, Thorogood made the jump to Gran Turismo Sport for WorldGaming and Pfaff’s inaugural all-Canadian esport championship. The result? With only two months of experience with the game, and almost none with the T-GT wheel, he secured third.

Back in his element in Forza Motorsport 7, Raceboy was the man to beat all day Sunday. Despite his self-professed status as “semi-retired”, Thorogood consistently put in lap times faster than the field, in qualifying and in races. The one crack in his armor appeared in the penultimate race, where an off in the McLaren 570S mid-race at the ever-tricky VIR only served to slightly shrink his sizeable lead.

Thorogood didn’t let the pre-race chatter get to his head. After the first set of heats left us with the final eight drivers, we asked him who his closest competition could be. “You know it’s really hard because there’s a lot of guys around the same pace,” said Thorogood, “all it comes down to is who can get a really good qualifying lap and start a run at VIR. From there on it really could be anyone, there’s a ton of guys that are really good. Guys like M00se, Hotsaucer, Marky, Ginger… really, any of those can come up and challenge for the win.” 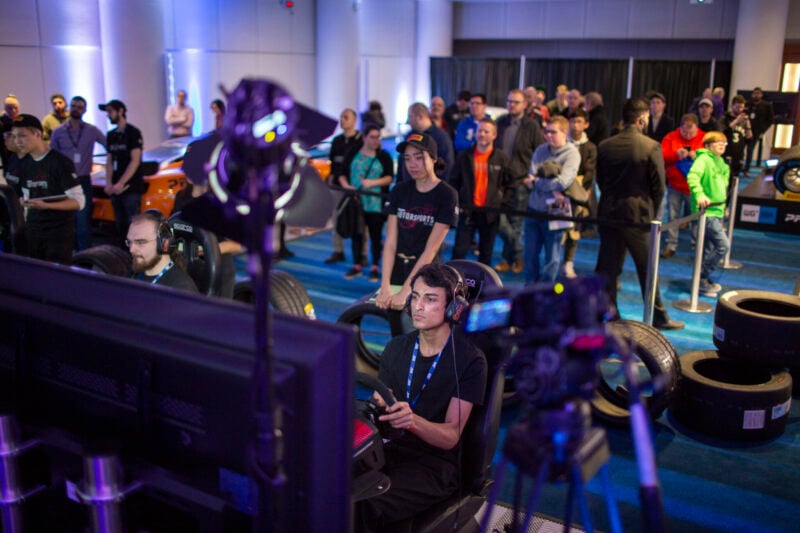 In a role reversal from the 2018 event, Thorogood’s closest competitor was also learning the ropes of a new game. David Bigauskas (FT Hotsaucer) dipped his toes in FM7 as a GT Sport regular, and it didn’t take long for the Toronto native to find his sea legs. More impressively, Bigauskas insisted on using the Thrustmaster wheel setup at the event, whereas most of Sunday’s 16 finalists stuck with the default Xbox pad.

Bigauskas secured second in the end — and a cool $4000 — but he didn’t have the silver all stitched up to himself. Arguably the biggest surprise showing of the event was the incredible drive from 15-year-old Avery Miller (BM M00SE). The teen doesn’t even have his license, but that didn’t stop him from mixing it up with Bigauskas in some of the best wheel-to-wheel action of the day. To be this quick at such a young age means we’ll definitely be looking out for M00SE in future events. 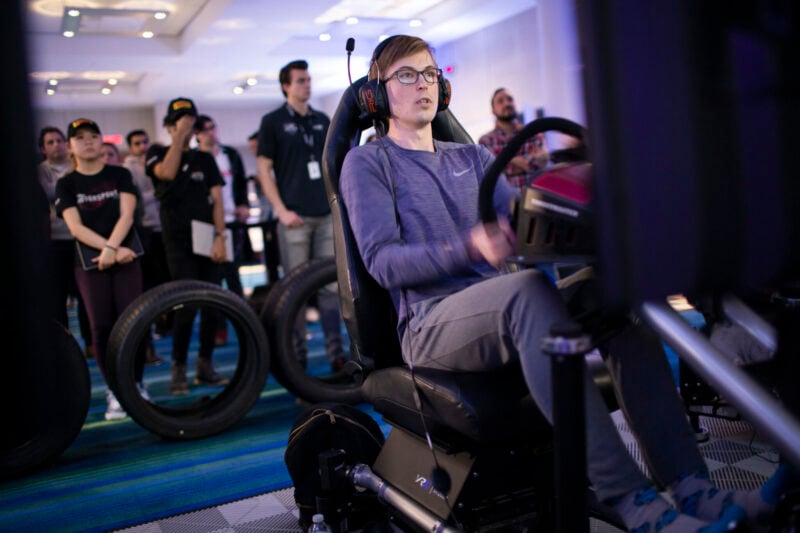 “I’m pretty happy with how this turned out,” said Laurance Yap, creative director for the Pfaff automotive group, “the connection with the AutoShow wouldn’t have happened without Xbox, because they’ve had a long-term relationship. So without their partnership we wouldn’t be here. The show, the new game, it really helped us take this to the next level.” Yap told us that the new partnership with the AutoShow was a long time coming, with both parties “on the same page” about shining a light on racing esports. He gave another example of the increased growth racing esports are seeing:

“The major differences [between last year and this]: we had a couple hundred people come to visit the activation last year, which was very good for an activation at a theater. We had something like 3500 people set lap times over the last 10 days, nevermind all the tens of thousands of people that walked through here. It was kind of a no-brainer, and the AutoShow has been incredibly supportive.

“Last year, because we were doing the live event in Vaughan, our Porsche dealership is in Vaughan, so we could go whole hog with Porsche. This year for a couple of reasons we wanted to make this about all of the brands we represent. Pfaff has been growing very quickly the last couple years, and people don’t know we have certain brands, so that was important part of the motivation for us with this.” 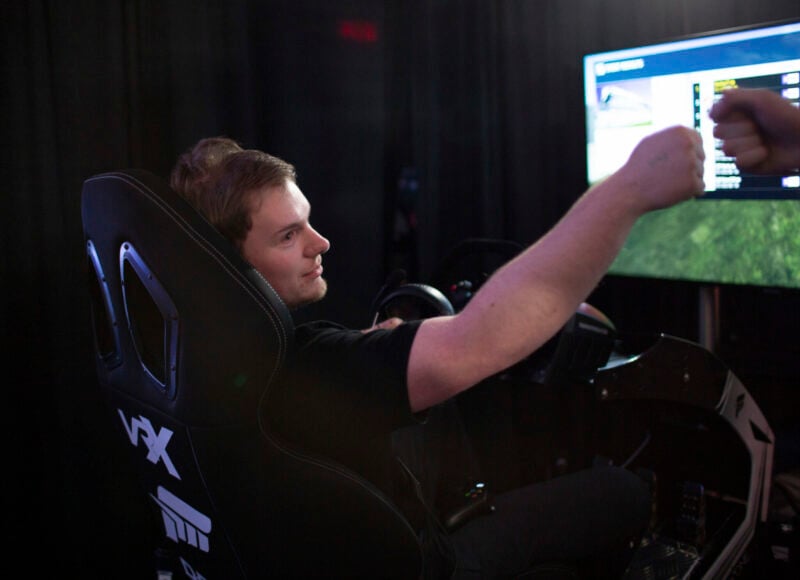 With words like that, it should be little surprise that there’s already plans for another event next year…

For his hard work, Thorogood won $7,500 and a spot at Pfaff’s Driver Shoot Out, held later this year at Mosport. Congrats to him and all the other drivers from Sunday! If you missed the action or want to catch it all again, you can find it on the WorldGaming Twitch channel.