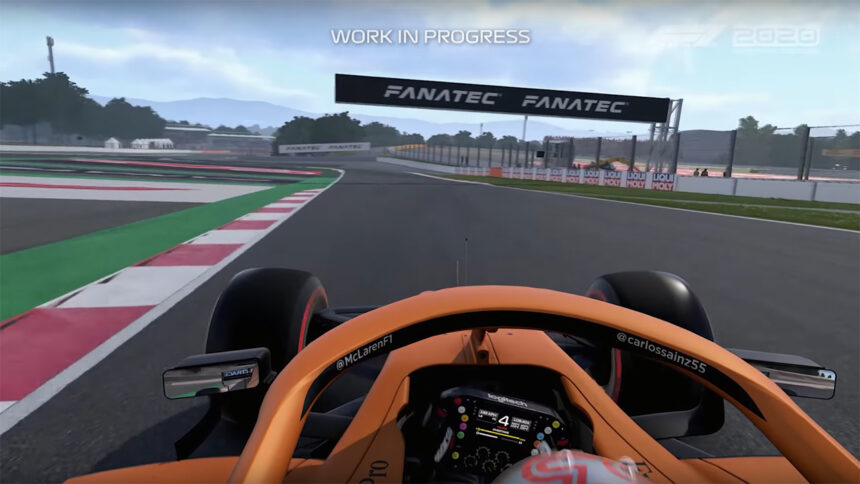 Following on from last week’s preview of the brand-new Circuit Zandvoort, Codemasters is again teasing us with F1 2020 content this week.

This time it’s the turn of Circuit de Barcelona-Catalunya, which is a pretty significant venue for the sport. Located near the town of Montmelo, just outside the city of Granollers and 12 miles north-east of Barcelona itself, the circuit hosts more F1 action than any other. That’s because the track is the venue of all pre-season testing; in fact it’s the only place the 2020 F1 cars have ever driven.

Before the microscopic world disrupted sport — and life — across the planet, the F1 teams rattled through six days of pre-season testing at Barcelona-Catalunya. With almost 8000 combined laps under their belts (or about 6.5 grands prix per car), Valtteri Bottas came out with the fastest lap time of 1:15.732. While not entirely representative of true pace, it’s a good indicator of pace.

While the circuit has been in several iterations of the F1 game series, the developer has nonetheless made a handful of changes. The final sector, which runs from Turn 10 (La Caixa) to the finish line, is one Codemasters has focused on, particularly with regards to the change in elevation on the run down to the final chicane.

For the clip below, Codemasters has used the McLaren MCL35 of Carlos Sainz, the only Spanish driver on the grid. The 1:21 lap time is a little behind what Bottas managed back in February, but then the purpose here isn’t to set a lap record.

This weekend’s Virtual GP will head to the very same circuit, although it’ll use F1 2019, as the real-world race originally scheduled for May 9-11 would also have been here. You can watch the clip below and see if you can pick out the changes. F1 2020 will be available July 10 on PS4, Xbox One, PC, and Google Stadia.