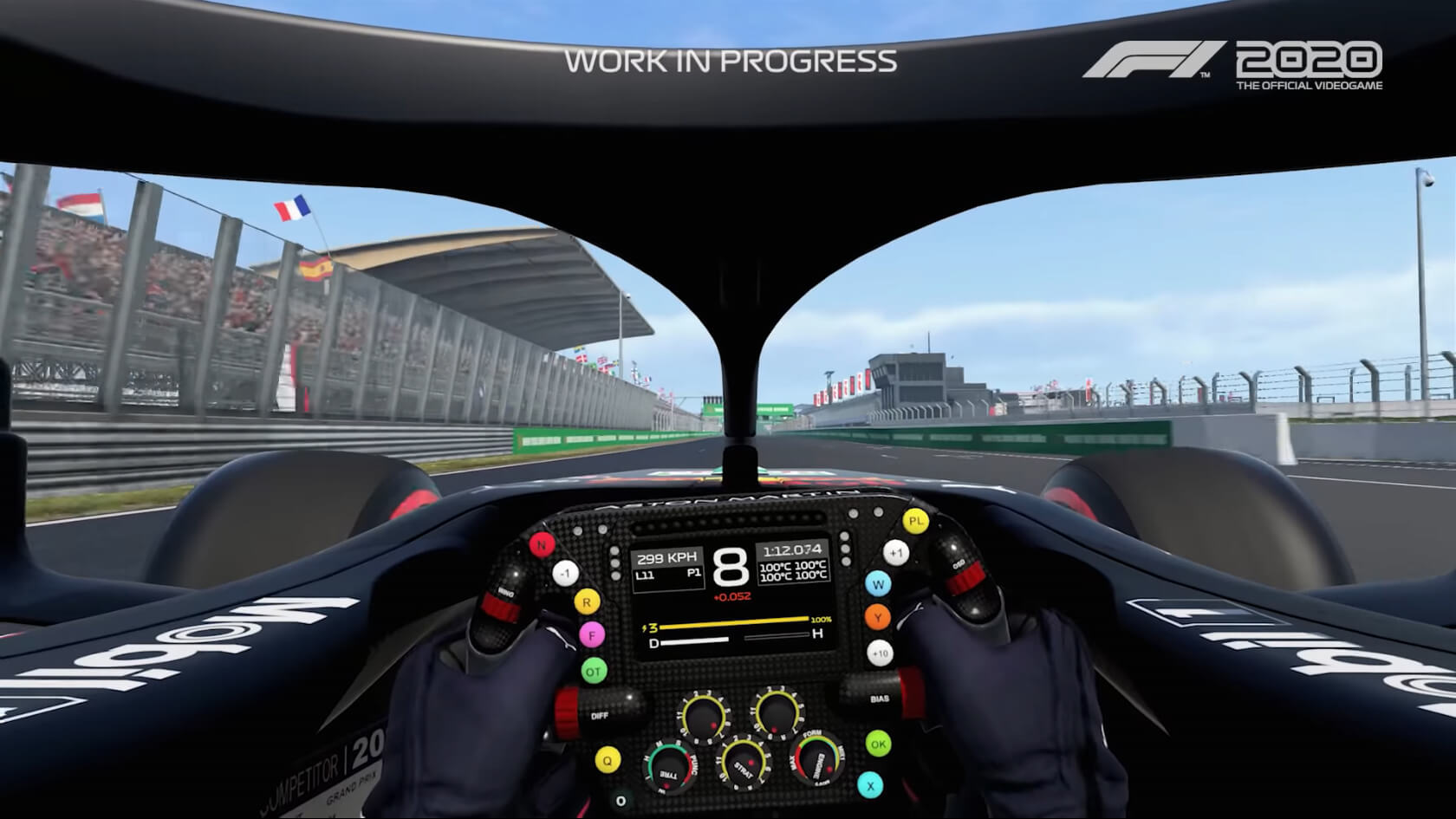 Codemasters has only just revealed F1 2020, and its launch date of July 10, but already it’s pushing out the content preview videos.

The developer has today released a special trailer featuring some of the new assets for F1 2020, and it features both a new car and a new-for-2020 circuit. The track in question is Circuit Zandvoort, which would have had its first F1 race since 1985 this coming weekend if not for the unusual circumstances affecting the world right now.

Located on the coast of the Netherlands, 15 miles west of Amsterdam, Circuit Zandvoort features some interesting topography. Turn 4 — Hugenholtzbocht, named for former track director John Hugenholtz — and the famous final Arie Luijendijk corner named after the Flying Dutchman himself are heavily banked. At 18 degrees of slope through the final turn, Zandvoort features steeper banking than Indianapolis. When F1 does finally get to race the new track, this could pose a challenge for the tires.

Of course a Dutch track requires a Dutch driver and, handily, F1 2020 will again feature the highly rated Max Verstappen. Although born in Belgium to a Belgian mother, Verstappen — like his father Jos — considers himself Dutch and races under a Dutch license. The video clip features Verstappen’s 2020 Aston Martin Red Bull Racing RB16 taking on the new circuit.

In addition to the video above, Codemasters has revealed some of the special box art for the limited Seventy Edition versions of the game. There’s different versions depending on what territory you’re in, with Spain and Mexico getting a Sainz/Perez cover, Leclerc and Verstappen appearing on France, BeNeLux, Italy, and Japan editions, Ricciardo and Raikonnen on the Poland and Australia releases, and a classic Hamilton/Vettel pairing for all other regions.

Andrew Evans · Apr 30, 2020· Comments
There’s a new patch available for F1 2020 today, adding the complete set of cars and drivers from the past season of Formula 2.

Andrew Evans · Apr 30, 2020· Comments
If you weren’t sure whether F1 2020 was for you, now is the ideal time to find out. For PlayStation 4 and Xbox One owners there’s a new free trial version of the game to give you a taste of the action.

Andrew Evans · Apr 30, 2020· Comments
There’s another chance for players to qualify for the 2021 F1 Esports Challenger Series this month, with the second of F1 2020’s official events. Just like October’s event, you’ll be recreating — and hopefully improving upon — some F1 history in your bid to get into the 2021 event.

Andrew Evans · Apr 30, 2020· Comments
This year’s F1 Esports competition starts in just under two weeks, but if you want to find yourself in the hot seat next year the process begins right now.

Andrew Evans · Apr 30, 2020· Comments
There’s a new update now available for F1 2020, and it brings along an interesting additional offering. It’s a DLC pack that goes by the name of “Keep Fighting Foundation DLC”, and it’s all in aid of charity.

Andrew Evans · Apr 30, 2020· Comments
While there’s been an annual release of an official F1 game every year since 1996, F1 2020 is the 13th such game since Codemasters picked up the official licence.

Andrew Evans · Apr 30, 2020· Comments
In June we announced a new initiative here at GTPlanet: the GTPlanet Guides. The Guides section of the site is resource we’ll be building up over the coming weeks and months, into a comprehensive library of about the biggest topics we cover.

Andrew Evans · Apr 30, 2020· Comments
This year’s real world motorsports calendar has, so far, been rubbish. Right now we should be half way through the 2020 season but, following the last-minute cancellation of the Australian event in March and almost every event since either going in the bin or into a perpetual holding pattern, we’re only one race down.