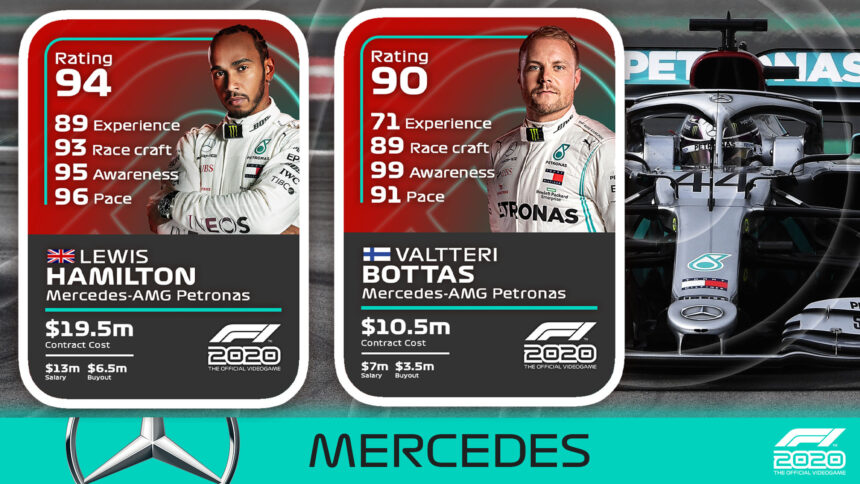 The MyTeam function allows players to create their own F1 team, and drive in it in the style of Jack Brabham. Players get a 2019-spec F1 car, which they can apply their own livery to, along with sponsor decals from brands that wish to partner with you.

A key aspect of the mode is who you hire as a team-mate, and the latest piece of news reveals some of the details surrounding that prospect. All of the drivers in the game — and that includes those from Formula 2 — get a Driver Rating score, which allows you to work out who is the best, or most cost-effective, fit for your fledgling team.

Each driver gets a ranking from 1 to 99 in each of four categories: Experience, Racecraft, Awareness, and Pace. Pace is pretty simple, covering how fast a driver is. Experience refers to how much driving history the driver has, with a higher score unlocking more “Resource Points” to buy car upgrades and sink into R&D. Racecraft is a driver’s ability to place the car in offensive and defensive positions, with a high score equating to a driver who can gain and keep more positions. Lastly there’s Awareness, which covers how a driver performs under pressure — a high score means they keep their cool.

The four different categories come together to give a driver an overall score. It’s not a simple average however, with slightly different weightings for each category: Pace appears to contribute more to the driver’s aggregate rating than the other classes.

To demonstrate how the scores work, Codemasters has released some examples, covering the Mercedes, Red Bull, AlphaTauri, Renault, Racing Point, and Williams teams. You’ll probably not be too surprised to learn that six-time world champion Lewis Hamilton has the highest overall score of 94, but Max Verstappen equals him for Pace at 96, and team-mate Valtteri Bottas has a higher Awareness score.

In addition, each driver has a contract buyout fee and a salary level that suits their rating. Players will need to take account of these figures when choosing their team-mates in order to get the best results for the least amount of money, or risk running out of cash.

At the moment it’s not clear if these values are fixed, or whether they can change as the season unfolds. We’ll bring you more on this, and F1 2020 in general, as we get it. 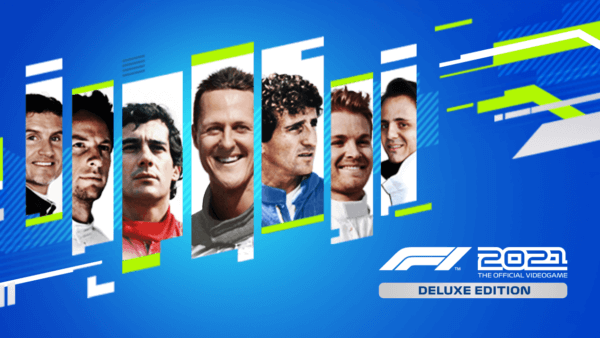 F1 2021 0 May 17 by Andrew Evans
Codemasters has today revealed the drivers who’ll adorn the cover of F1 2021 when it arrives this July. While F1 2020 had different drivers on the cover depending the region…