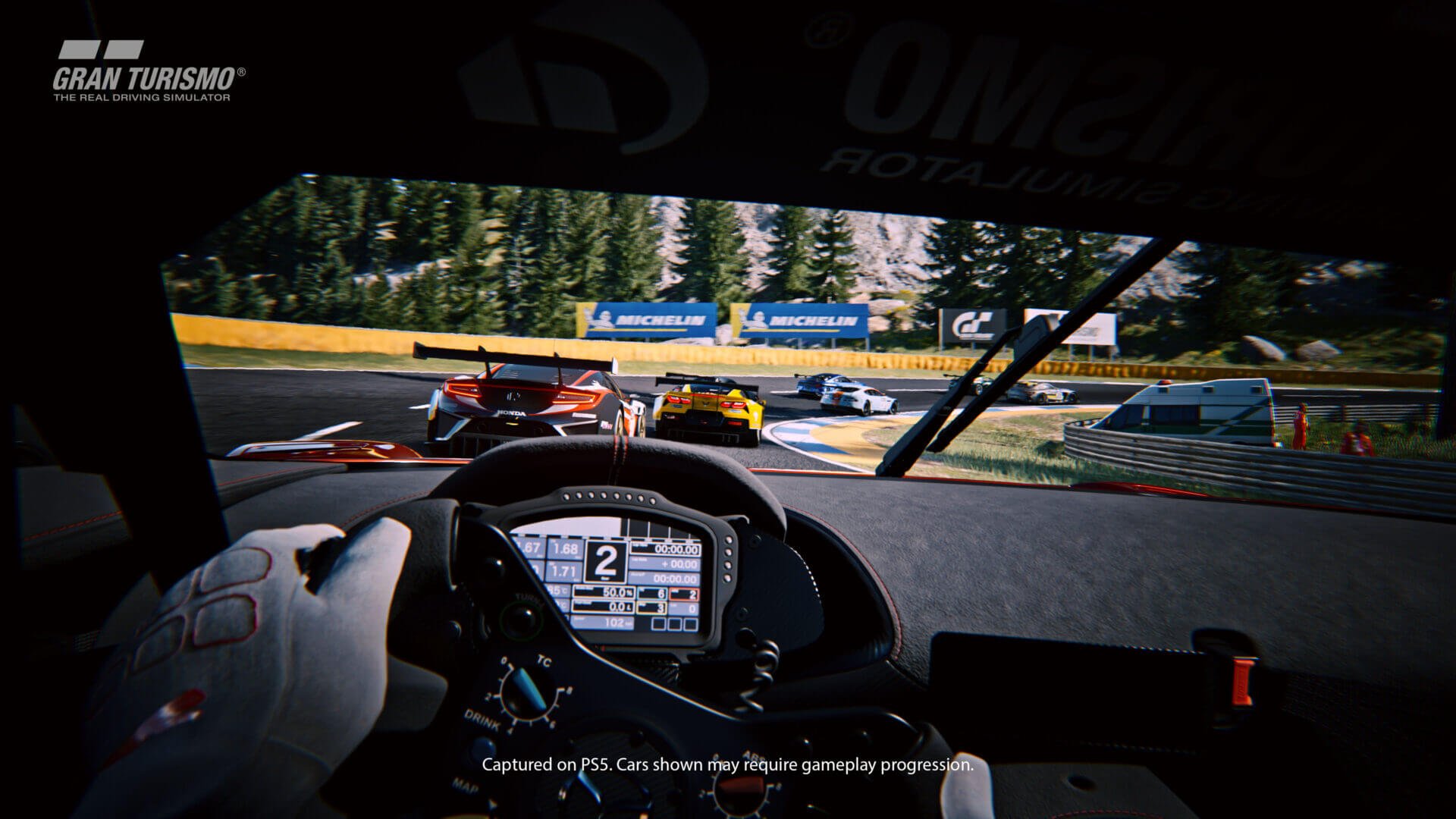 The next generation of Gran Turismo, GT7, is set to arrive this year, but racing wheel manufacturer Fanatec is expecting it later rather than sooner. While Sony’s promotional material is anticipating a launch in the first half of the year, Fanatec thinks the second half is more likely.

This expectation is spelled out in a financial report from parent company Endor. As we covered yesterday, the report goes over the particulars of the company’s record 2020 — driven by people staying at home and playing more racing games, and the growth in viewer hours of celebrity pro-am and pro virtual motorsport — and its forecast for 2021.

Endor expects to reach €100m in consolidated sales for the first time in 2021. That’s partly down to increased publicity through its sponsorship of the GT World Challenge, and a new PS5 licensed product line which aims to expand Fanatec into lower budget market sectors.

The report also calls out one additional area for 2021’s projections: Gran Turismo 7. Rightly pointing out Gran Turismo’s “blockbuster” status, Endor states GT7’s launch should provide a sales boost across the sim-racing spectrum, including peripheral manufacturers. The report explicitly predicts that the game will arrive in Q3/Q4 of 2021.

That’s at odds with some of what Sony has said on the subject, though not entirely. Initially, PlayStation 5 promotional spots all said that Gran Turismo 7 had an “anticipated” launch in the first half of 2021. We have seen adverts presenting a slightly more vague “2021” launch since, with Sony even editing one YouTube video to reflect the less precise timeline, but others repeat the “first half” version.

Either way though, with a major peripheral manufacturer that already has ties to Polyphony Digital making plans for the title this year, in addition to what we already know, it seems like we can be more confident of having GT7 in our consoles some time in the next 11 months.