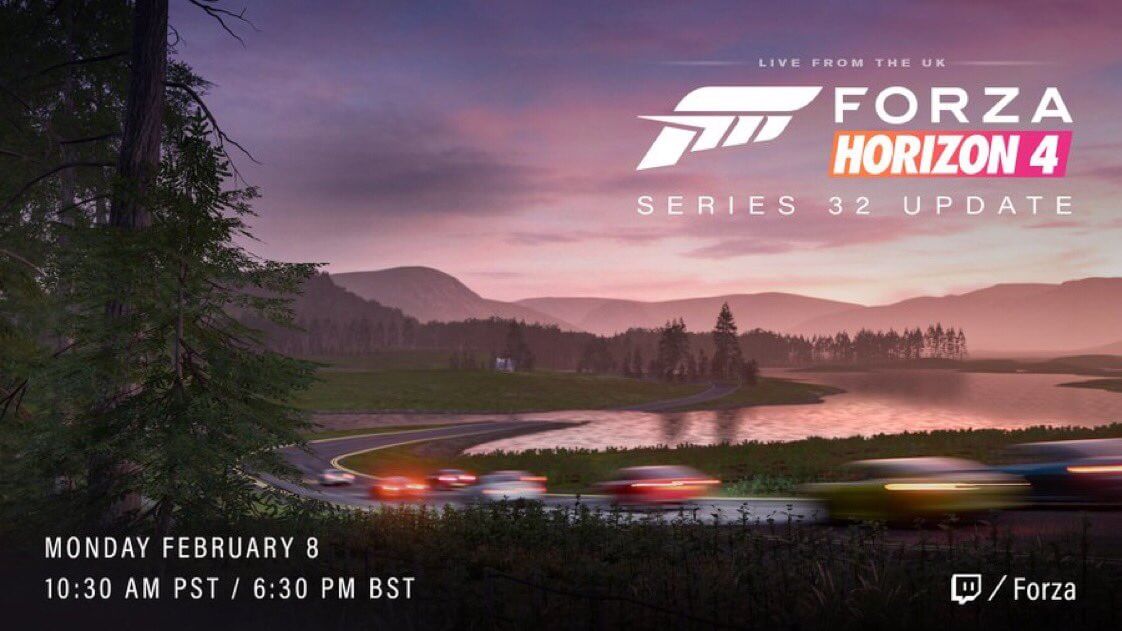 Earlier in February we learned by way of what seemed to be leaked screenshots that Forza Horizon 4 could soon receive a squadron of Hot Wheels cars in a future update. The official Forza social media channels have now confirmed that this will be the case, courtesy of teaser screenshots for today’s Forza Monthly broadcast.

As is the case each month, the Forza teams put together a highlights package of what’s coming up over the next four weeks. Of course Forza Horizon 4 is front and center of these broadcasts, as Playground Games continue to add content with each “Series”. The Series 32 update will be the subject of this month’s broadcast, with the update itself set to arrive this week ahead of the season change on Thursday, February 11.

Typically, Playground will tease the update’s content with a detail shot of — usually — one of the vehicles that will make its way to the game in that update. Series 32 is no different, except we’ve got two teasers:

Given that these Hot Wheels cars are based on real, heavily modified vehicles that have won awards on the Hot Wheels Legends Tour, neither of these are simple to identify. However, thanks to the leak last week, we’ve got some decent pointers. The skull and crossbones motif appears on the rear of the cabin of the Ford F-5 Duelly which won the first event in Los Angeles in April 2018. It’s slightly harder to spot the second image but it’s a shot under the hood of the “Dream Roadster”, a highly custom 1957 Studebaker Golden Hawk which won the Dearborn event in July 2019.

That confirms two of the six cars we saw in the leaked screenshots, with the others being the 2JetZ, a Chevrolet LUV, an International Harvester, and a Nash Metropolitan which goes by the name of “Nashole” (though Hot Wheels calls it “The Nash”).

At present we don’t know if these six cars will simply be addition vehicles for the game, or part of a wider-ranging expansion DLC as was the case with Forza Horizon 3, though we’d assume the former for now. Either way, we won’t have long to wait to find out, as the broadcast starts at 1830 UTC (half an hour earlier than in the teaser images) on February 8. You can watch it in full below: