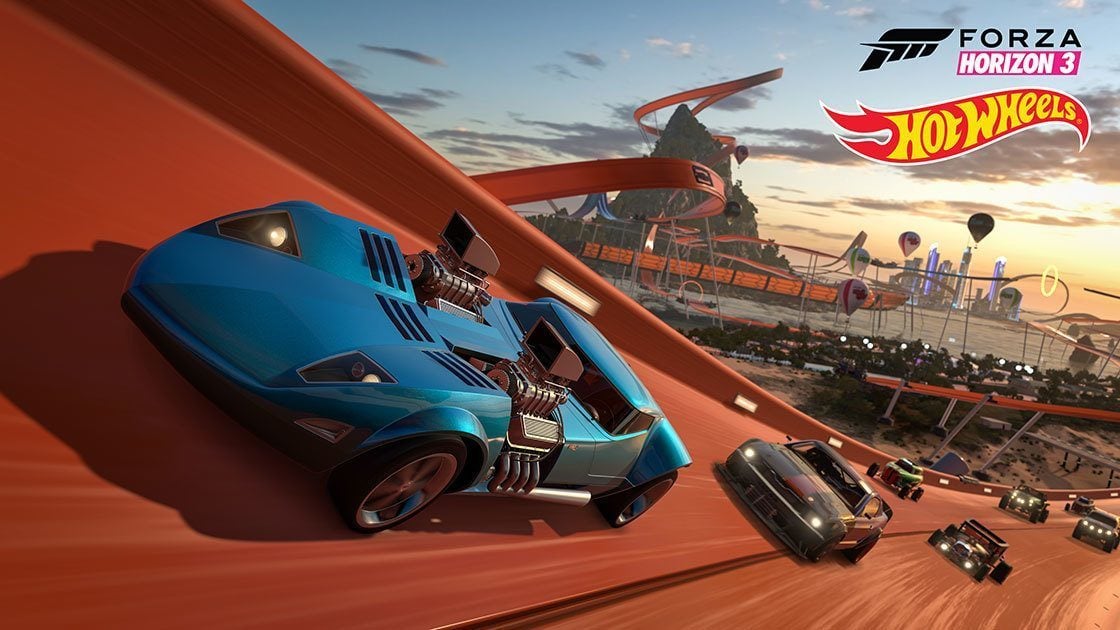 It looks a new set of cars from the world of Hot Wheels may soon be on its way to Forza Horizon 4, with the toy car brand continuing a partnership that’s coming up on five years old.

Rumors about more Hot Wheels coming to FH4 are nothing new. The Hot Wheels brand has, after all been part of Forza Horizon 3 and Forza Motorsport 6 and 7, and we have seen some cars from these older games returning to FH4. However, until now, nothing has been confirmed. That’s changed with some apparently leaked screenshots posted on Reddit: 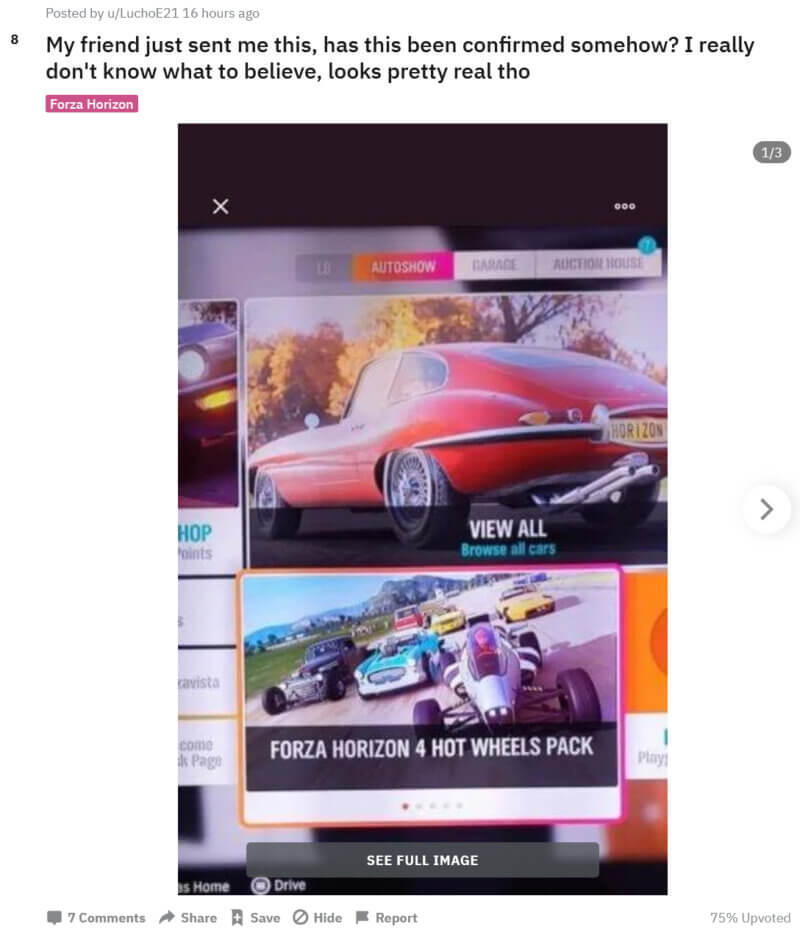 Although we can’t verify the source, the screenshots certainly appear to be the real deal, suggesting they’ve come from an advance preview of the content. They seem to confirm six new cars but, unlike FH3, not a completely new expansion pack as some fans may have been hoping.

It’s an interesting mix of cars. The six vehicles involved look set to be the 2JetZ, a Chevrolet LUV, a Ford F-5 Dually, an International Harvester, a Nash Metropolitan, and a Studebaker Dream Roadster, all in Hot Wheels form.

We’ve previously covered the wild 2JetZ here on GTPlanet, as it won the Hot Wheels Legends Tour at SEMA in 2018. In fact each of the the six models has won one of the Legends Tour events in 2018 and 2019, though only the 2JetZ and “The Nash” (2019) are overall champions.

With the next Series of — and update to — Forza Horizon 4 set to debut on February 11, there should be more information coming in a Forza Monthly live stream early next week. We’ll bring you more information as we get it.