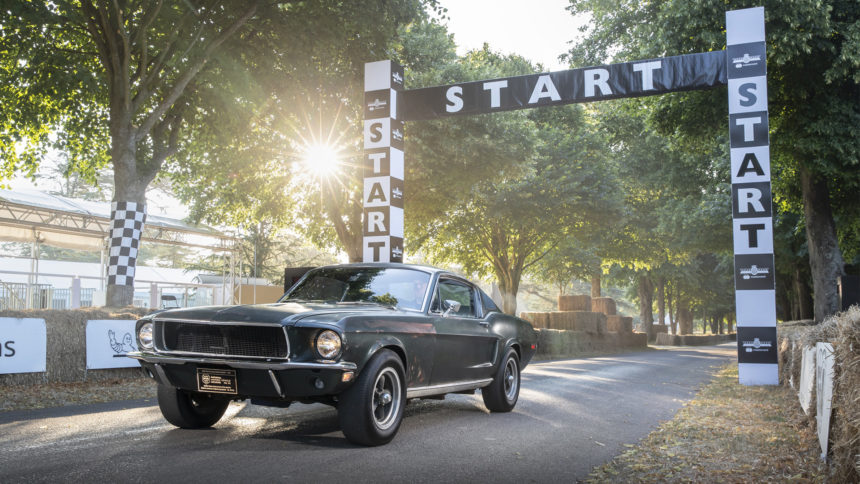 The 2018 Goodwood Festival of Speed really does have something for everyone. Even films buff got a chance to see two iconic movie stars take to the course on Thursday. No, it wasn’t gearheads like Tom Cruise or Matt LeBlanc. Instead, it was the 1968 Ford Mustang Fastback and Dodge Charger R/T 440 from Bullitt.

These two cars aren’t replicas either. They are the same vehicles used during the film and parts of the legendary car chase scene.

As you may know, the original Bullitt Mustang was lost to history for over 40 years. But in 2014, the current owner, Sean Kiernan, inherited the car from his late father. After doing some investigating of his own, Kiernan eventually uncovered the truth about the car.

Kiernan then went to Ford and let them know what he had.

From there, Ford worked to bring the Mustang back to running condition while leaving the patina. Then at the 2018 North American International Auto Show in Detroit, Ford showed the car to the world alongside its modern-day equivalent.

While seeing the Bullitt Mustang in the metal is incredibly cool, we still felt it needed to do battle just one more time with its nemesis. Thankfully, the people at the GWFOS thought the same thing too and arranged for both cars to be at the event.

During the demo of both cars, they reenacted the famous chase scene from the movie. Since the value of the cars collectively is in the millions the drivers did go a bit easy on them. Nevertheless, seeing the two chase each other up the hill climb is quite a sight.

If we’re being honest, it’s a tad disappointing though. With all the hubcaps staying place, no surprised taxi driver, and the lack of a green VW Beetle, it does lose some authenticity.

If you happen to be heading out to the GWFOS, you’ll get a chance to check out both cars. Although we understand if you lose yourself wandering around all the other epic cars at the event.

If you can’t make it to West Sussex, you can check out the video of the reenactment below.

2018 Goodwood Festival of SpeedFord Mustang
8 Comments Discuss this post in our forums...
GT Sport Exhaust Tip Quiz: Guess the Car From the Exhaust!