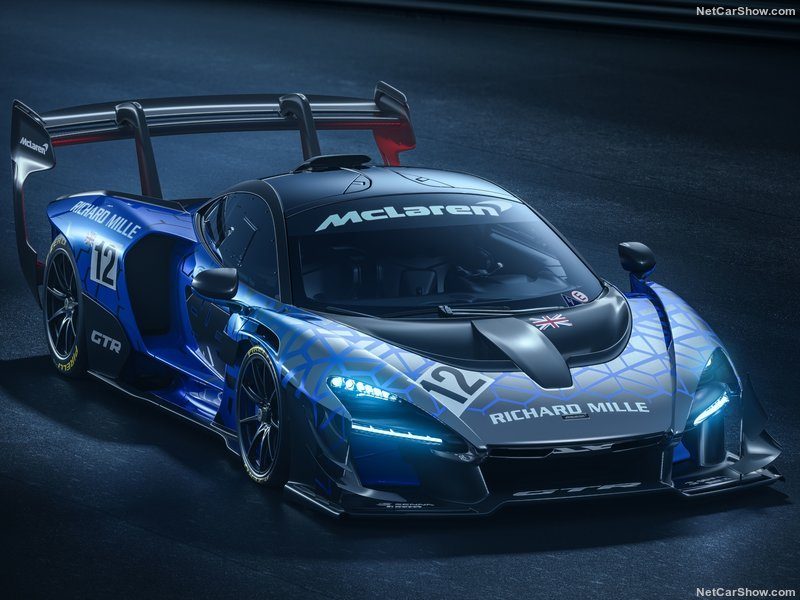 Leave it to McLaren to take an already hardcore performance machine such as the Senna and turn it into something truly extreme. Unveiled a year ago as a concept, the Senna GTR is debuting today in its final, track-only form and with a production run limited to just 75 examples – all of which have long been sold, of course. Joining its road car counterpart and the Speedtail in the company’s Ultimate Series, the GTR follows other track machines carrying the fabled suffix such as the P1 GTR and the iconic F1 GTR.

A mind-blowing mélange of numbers, the new Senna GTR offers 814 horsepower and 590 pound-feet (800 Newton-meters) of torque from McLaren’s highest spec yet of the twin-turbo 4.0-liter V8 engine. To unlock an extra 25 hp over the road car, the engineers from Woking got rid of the secondary catalyst to reduce back pressure and they also fiddled with the engine control. By removing that catalyst, McLaren says the race car’s soundtrack is more aggressive when compared to the anything-but-normal Senna.

While the concept had the exhaust pipes on the sides, in front of the rear wheels, the production-spec Senna GTR uses a rear-exit exhaust in the same vein as the standard model. The side exhausts were undoubtedly cool, but McLaren explains they decided to move the pipes to the rear to guarantee the quickest and shortest route for the exhaust gases to get out. In turn, this reduces complexity and shaves off weight.

Speaking of which, the track beast tips the scales at only 1,188 kilograms (2,619 pounds) or 10 kg (22 lbs) less than the road car to achieve the best power-to-weight-ratio (685 hp / ton) ever of any car built by McLaren Automotive. Not only that, but changes to the body allow the Senna GTR to generate a whopping 1,000 kg of downforce or a full 200 kg more than the road version. The track car can achieve the same level of downforce as the standard Senna at a 15-percent lower speed as a result of the updated aero package.

Being built exclusively for the circuit, it comes as no surprise McLaren got rid of most creature comforts to shave off fat, but you still get air conditioning to keep you cool on a hot track day. Replacing the kit you’ll find in the road model are race car-specific goodies like a data logger and a pit radio, while a fire extinguishing system and pneumatic air jacks were added as well. Without the essential track equipment, the Senna GTR would’ve been even lighter.

All told, the Senna GTR is the quickest McLaren ever built outside of Formula 1. 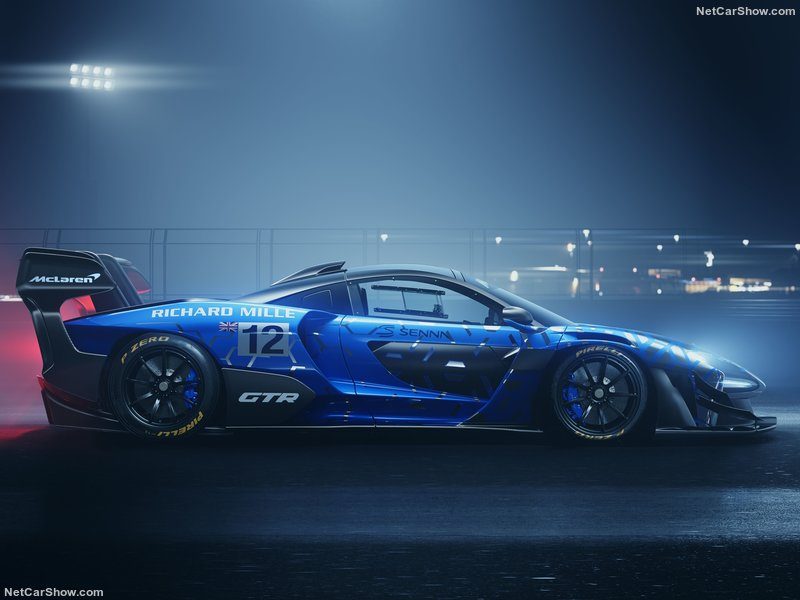 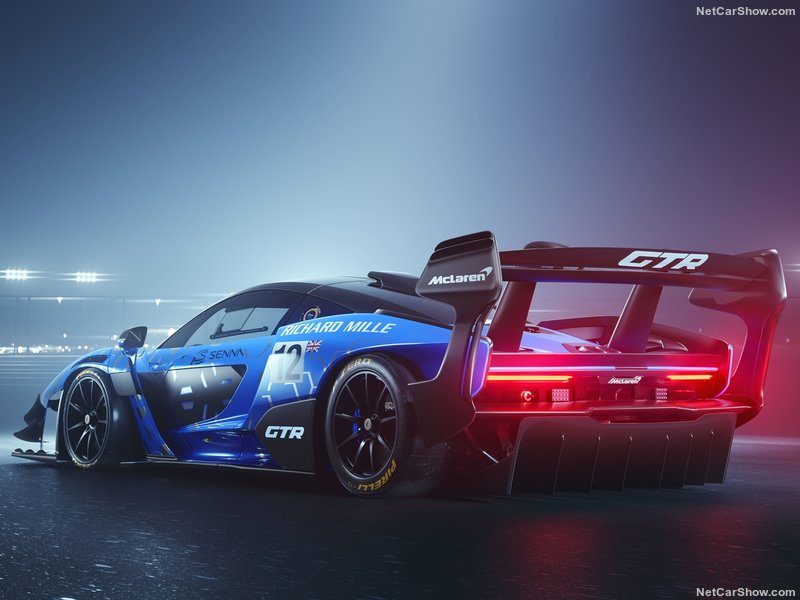 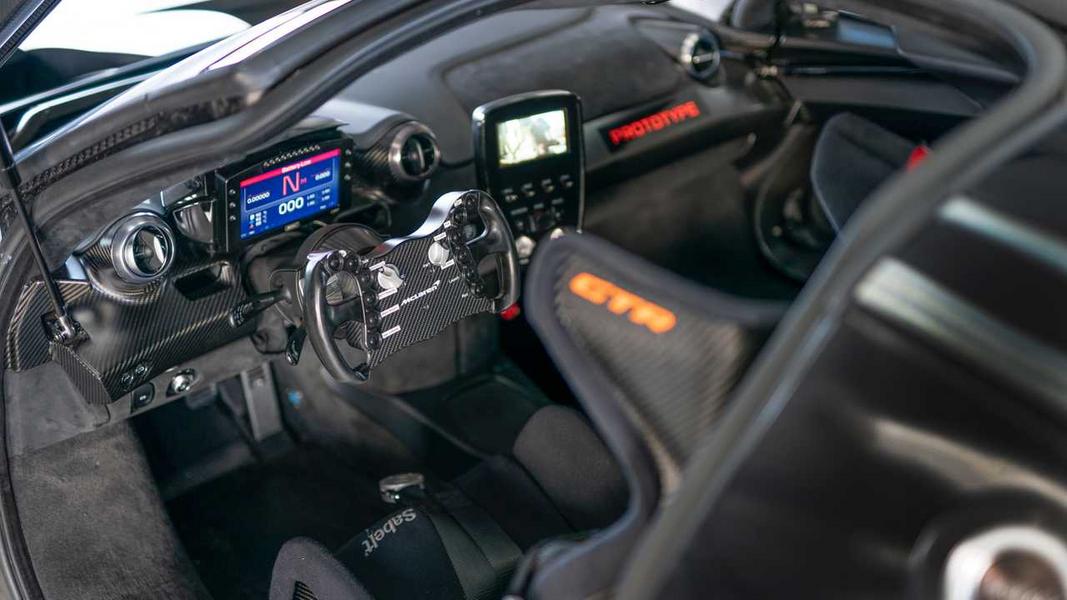 It is one of the most beautiful cars I have ever seen, so i vote, hoping it will arrive in Gran Turismo 7 or in Forza Motorsport 8. (I would also be pleased in Forza Horizon 5!). 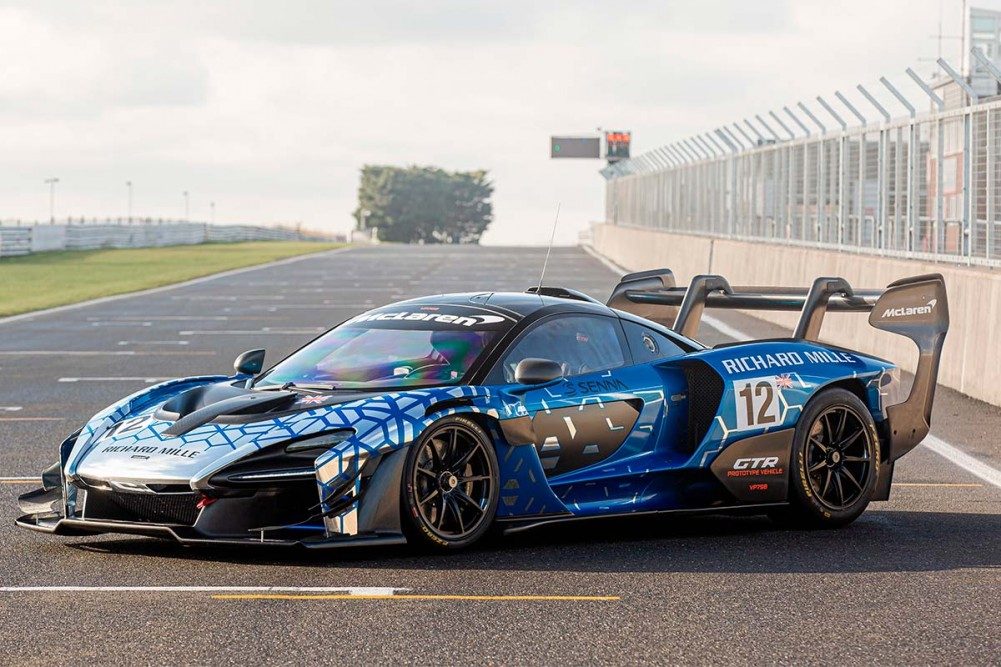 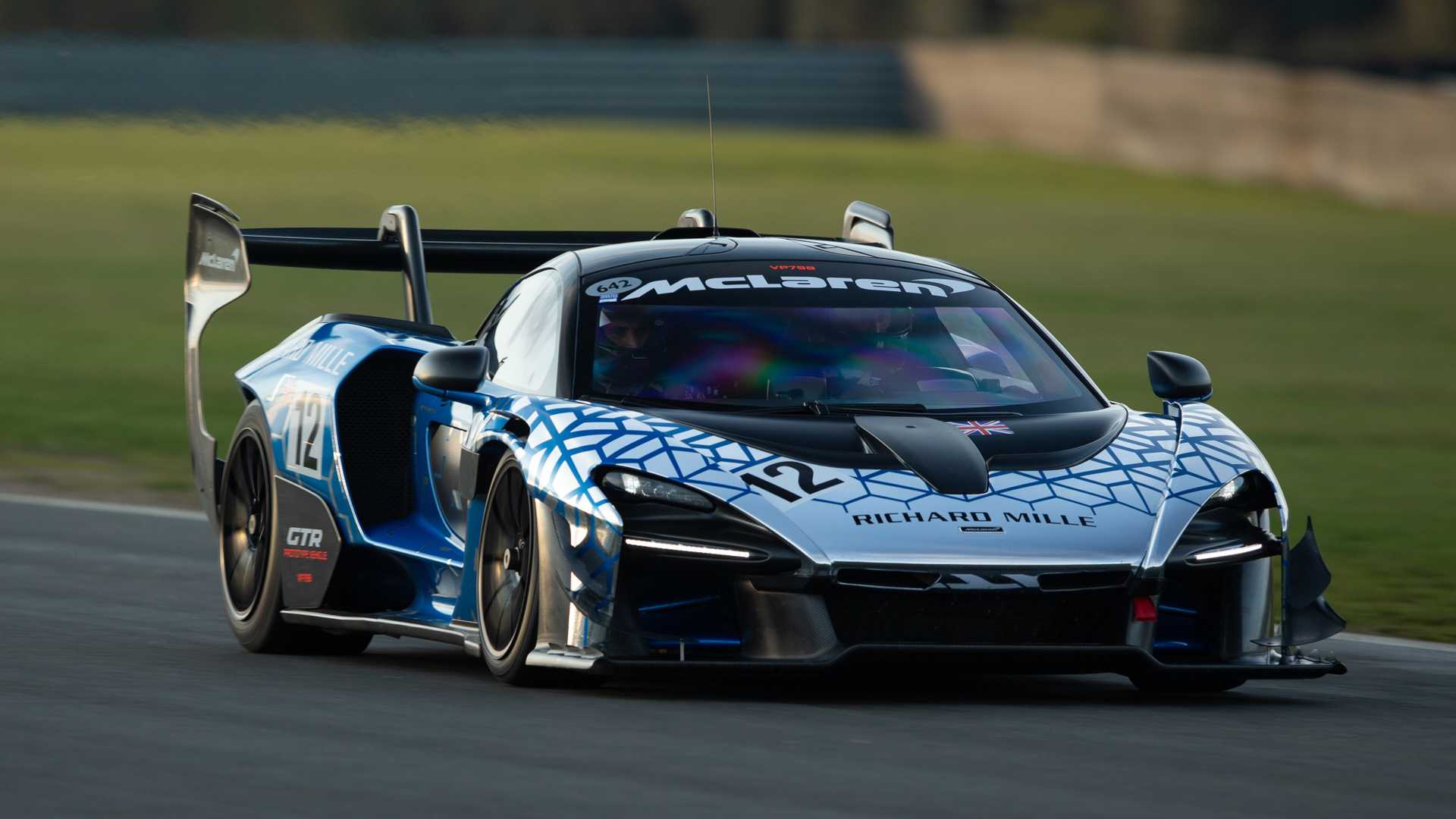 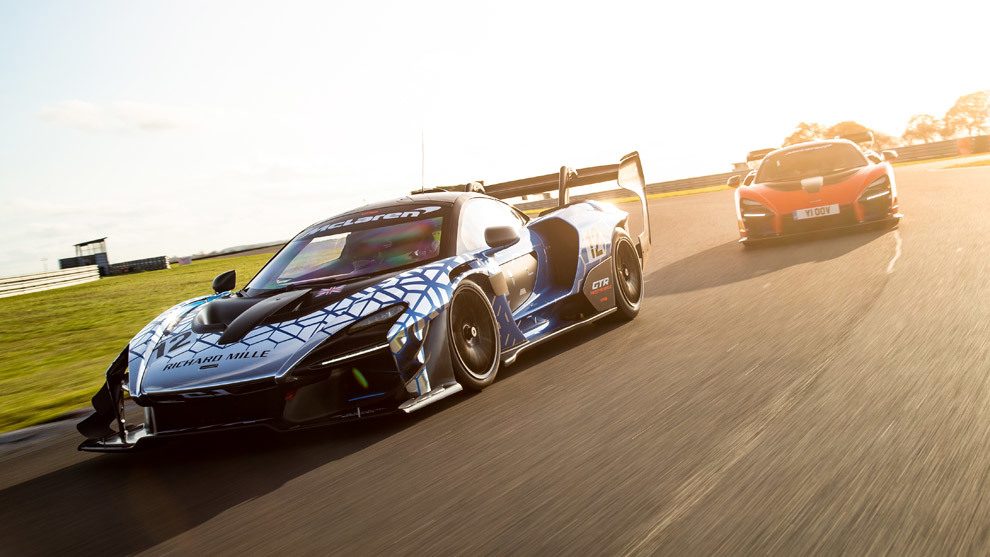 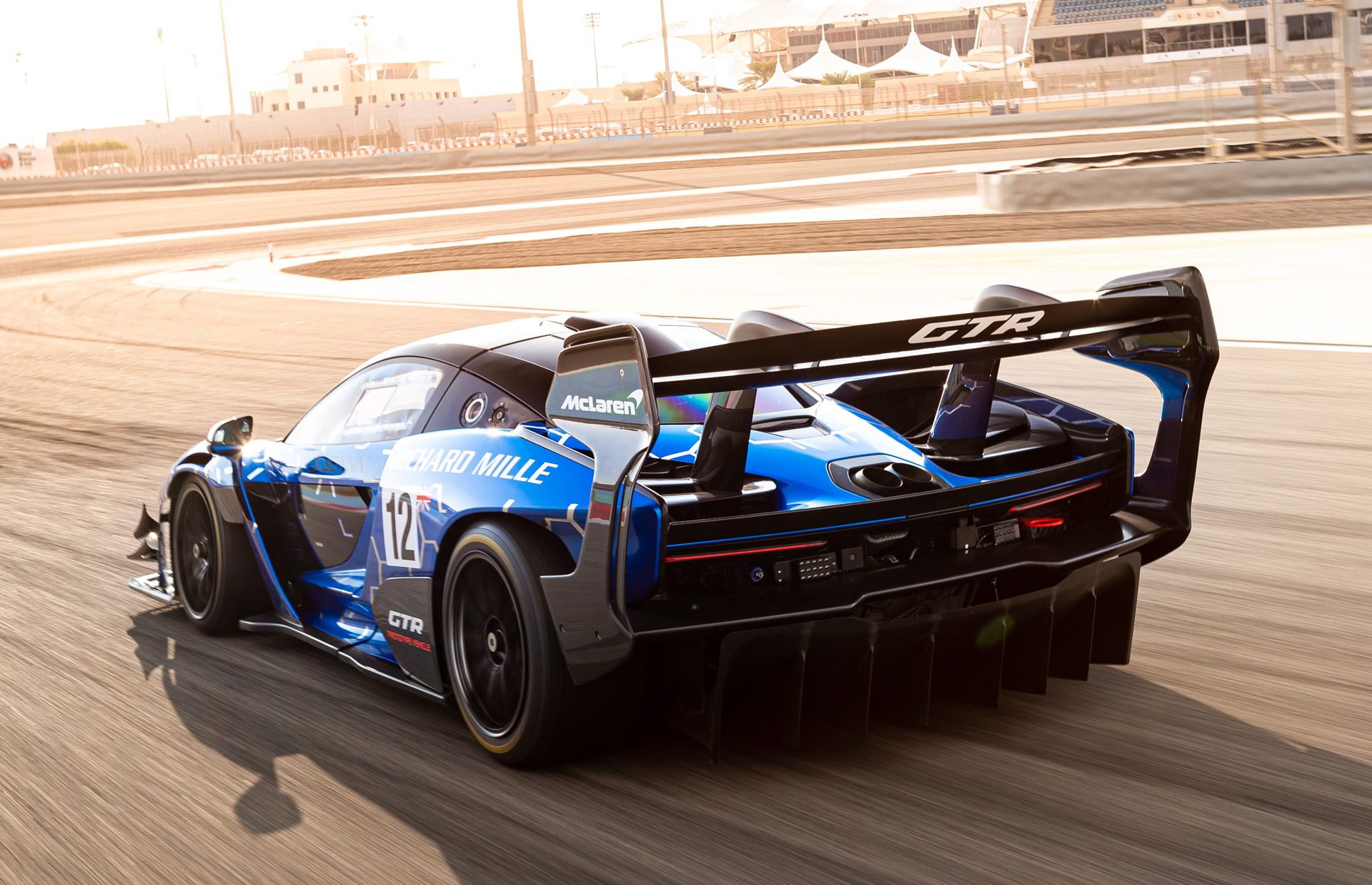