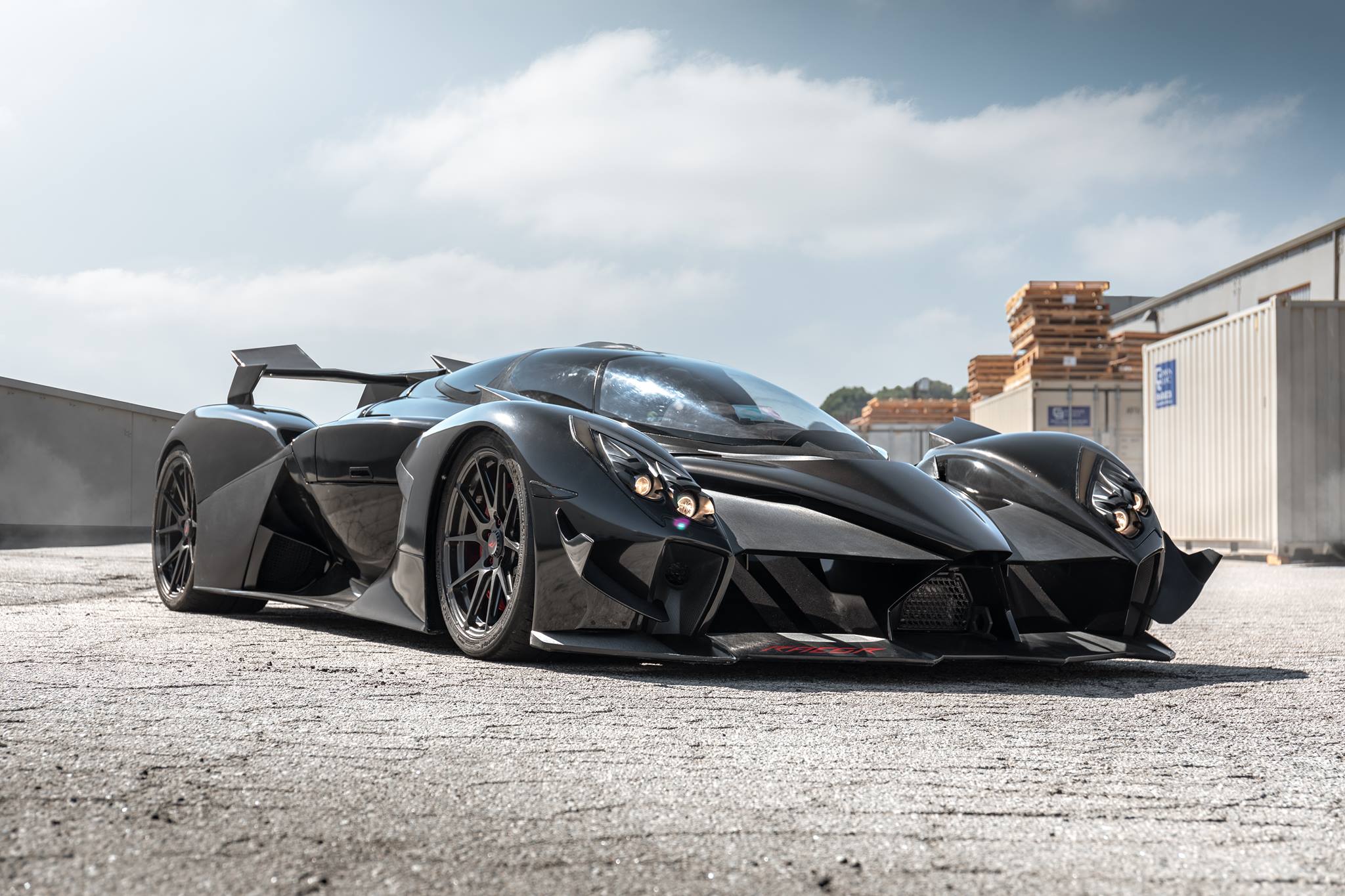 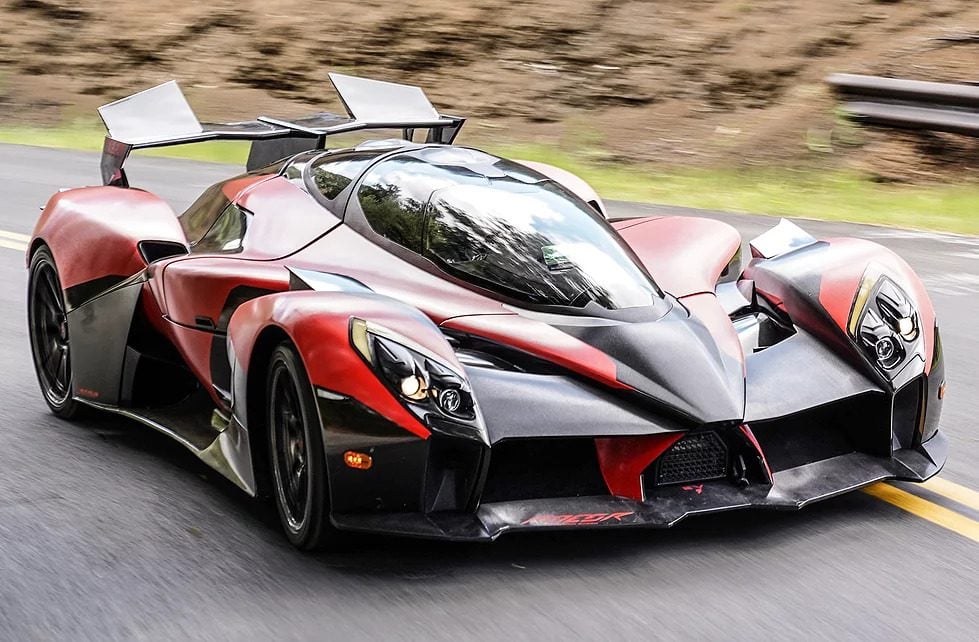 Named after tachyon, a hypothetical particle that always moves faster than light, the Tachyon Speed is a brand new all-electric hypercar that has been in the works since the summer of 2012. It’s being developed by Southern California-based Rice Advanced Engineering Systems and Research (RAESR) and wants to play in the big league by packing an absurd amount of power in the low-slung body of a hypercar that looks more like a jet fighter. 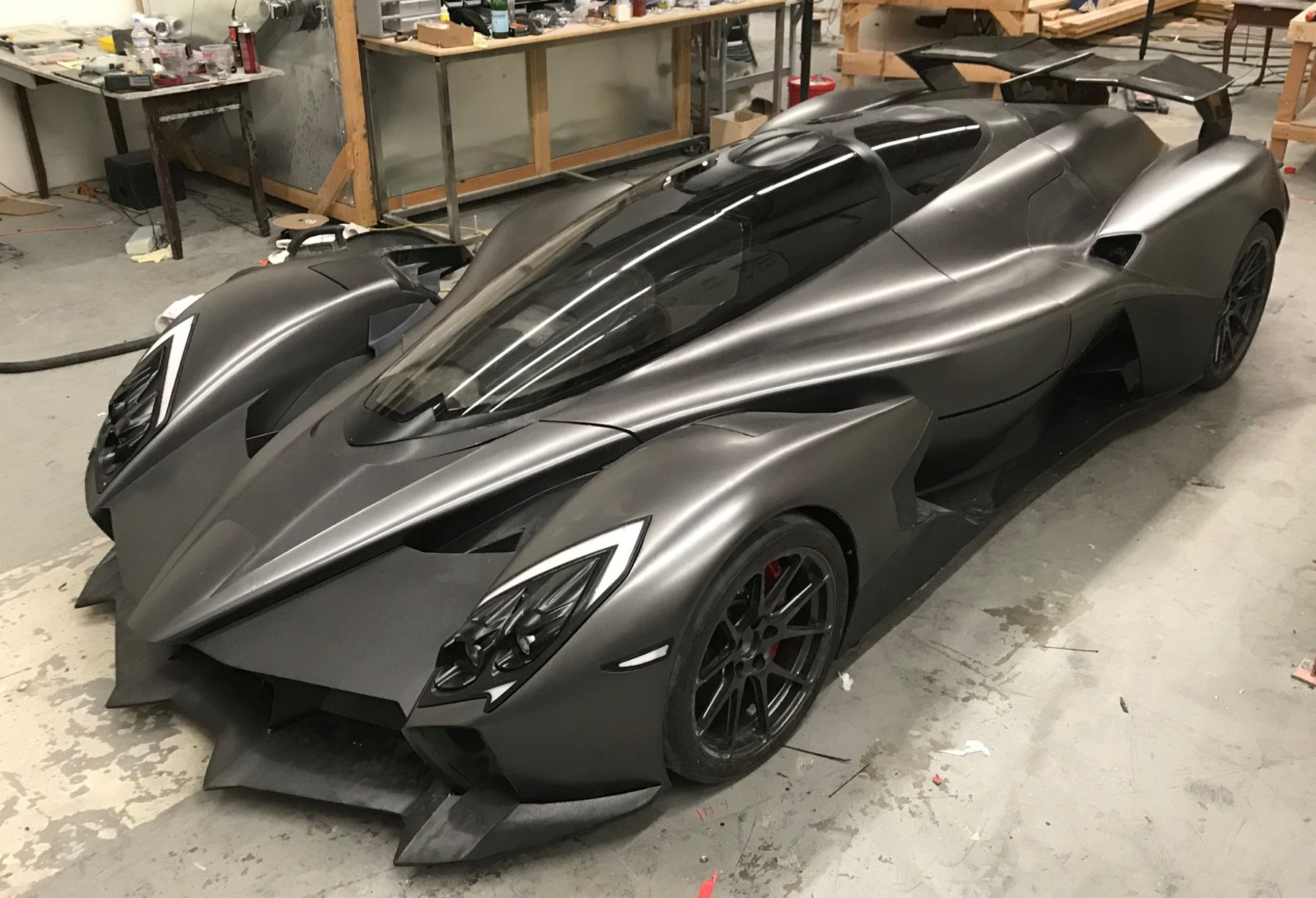 Featured in a video of E.ON’s “Freedom is Electric” project about setting up 10,000 charging points by 2020, the Tachyon Speed Electric looks perfectly suitable to become the next Batmobile. It uses a massive canopy granting access inside the tight cabin that has been developed with a tandem seating arrangement. 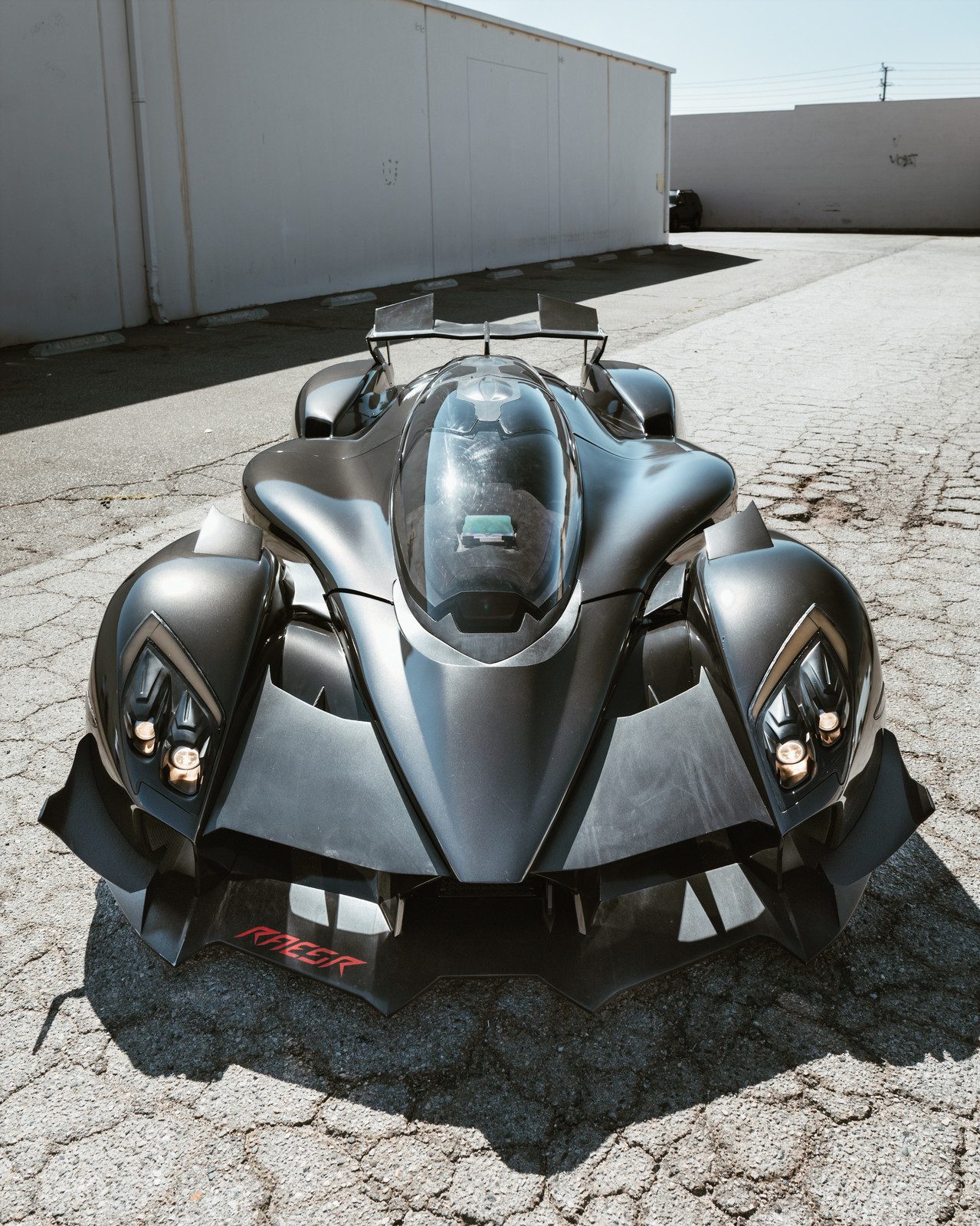 The technical specifications are simply out of this world, with RAESR saying its hypercar makes use of six direct drive electric motors that deliver a combined output of more than 1,250 horsepower and an unbelievable instant torque of 3,650 pound-feet (4,948 Newton-meters). The carbon fiber-bodied, all-wheel-drive Tachyon Speed weighs as little as 2,950 pounds (1,338 kilograms, dry) and has an aerodynamic body with a drag coefficient of 0.39. 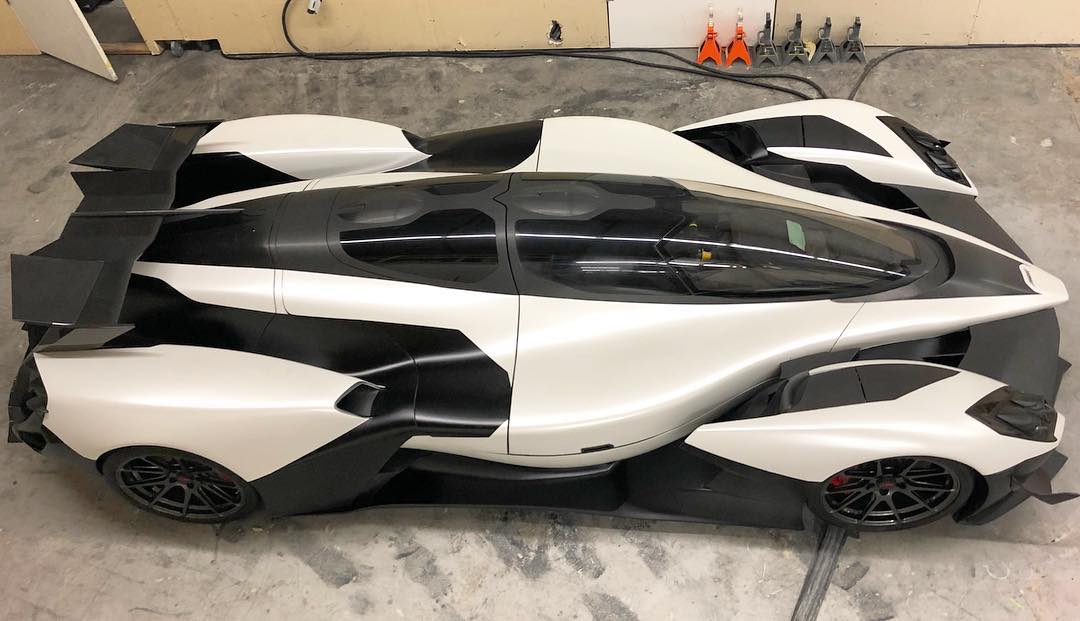 As far as performances are concerned, these are mind-blowing as well. 0-60 mph (0-96 kph) takes less than three seconds and the 0-120 mph (0-193 kph) task is accomplished in less than seven seconds. It does the quarter mile in less than 10 seconds and can reach a top speed of more than 240 mph (386 kph). To stop from those high speeds in an efficient way, the hypercar has received carbon ceramic brakes.

At 150 mph (241 kph), the car generates 400 pounds of downforce in the low downforce mode or in excess of 1,000 pounds when it is set up in the high downforce configuration. To achieve those numbers, it uses adjustable active rear wings and four fixed front wings. There’s also a prominent splitter up front and a large diffuser at the back. 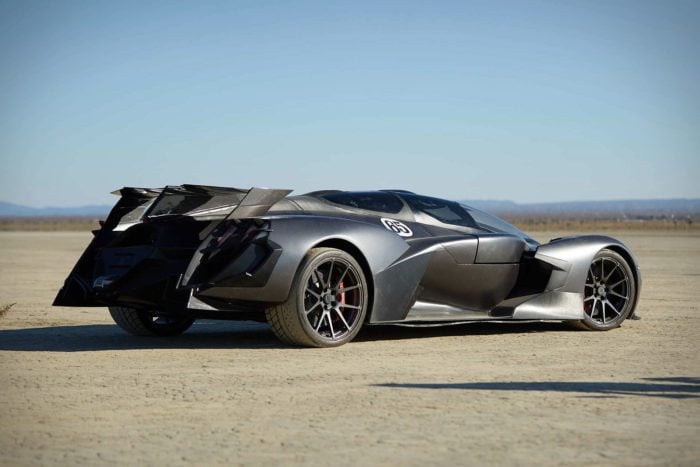 At the end of the day, it’s still an EV, so range is of utmost importance. RAESR says the Tachyon Speed can cover more than 150 miles (241 kilometers) between charges in real city traffic conditions. 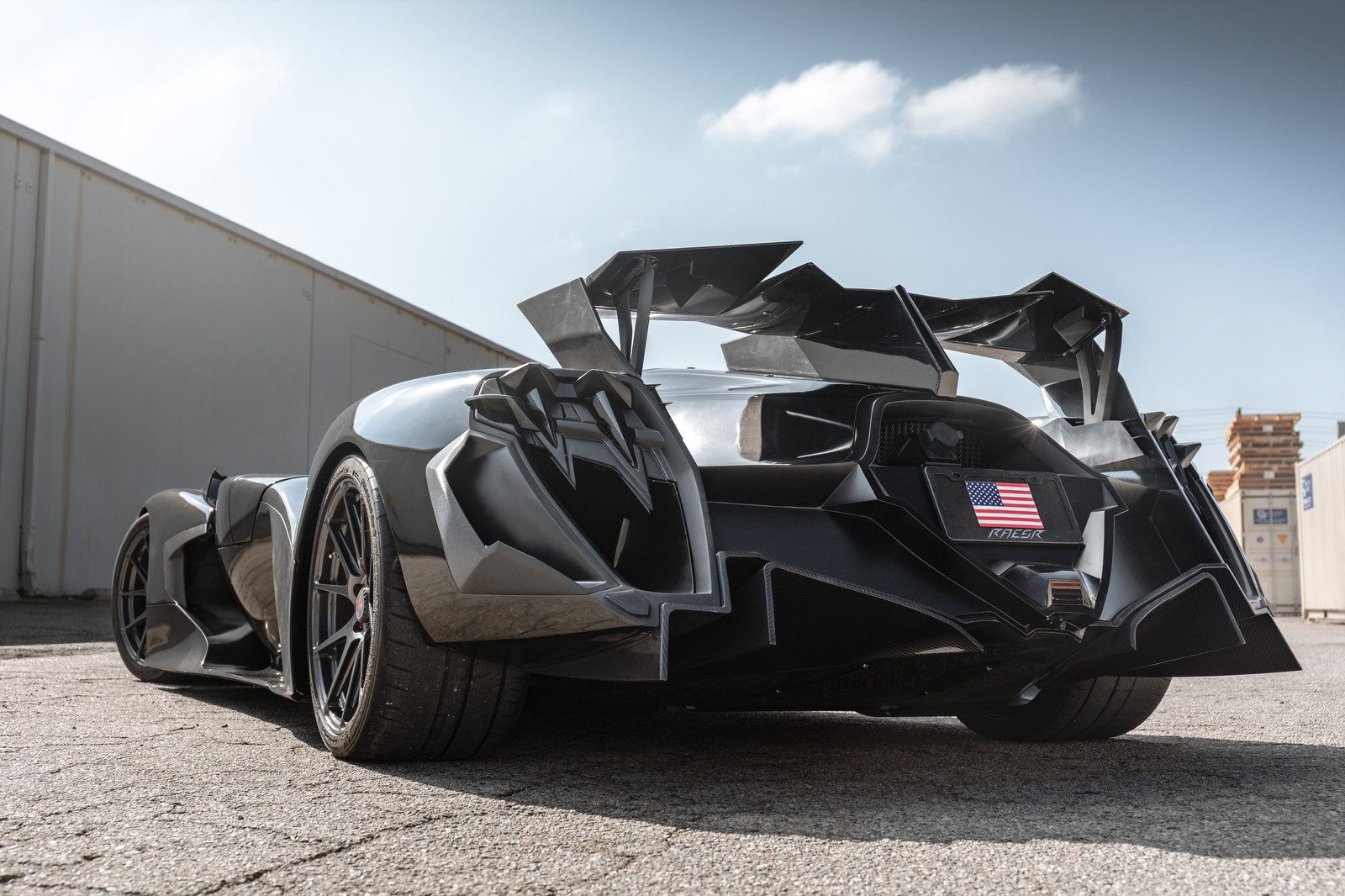 It’s too soon to say whether it will actually go into production, let alone how much it will cost, but we will be keeping a close eye on this machine as the project seems ambitious. 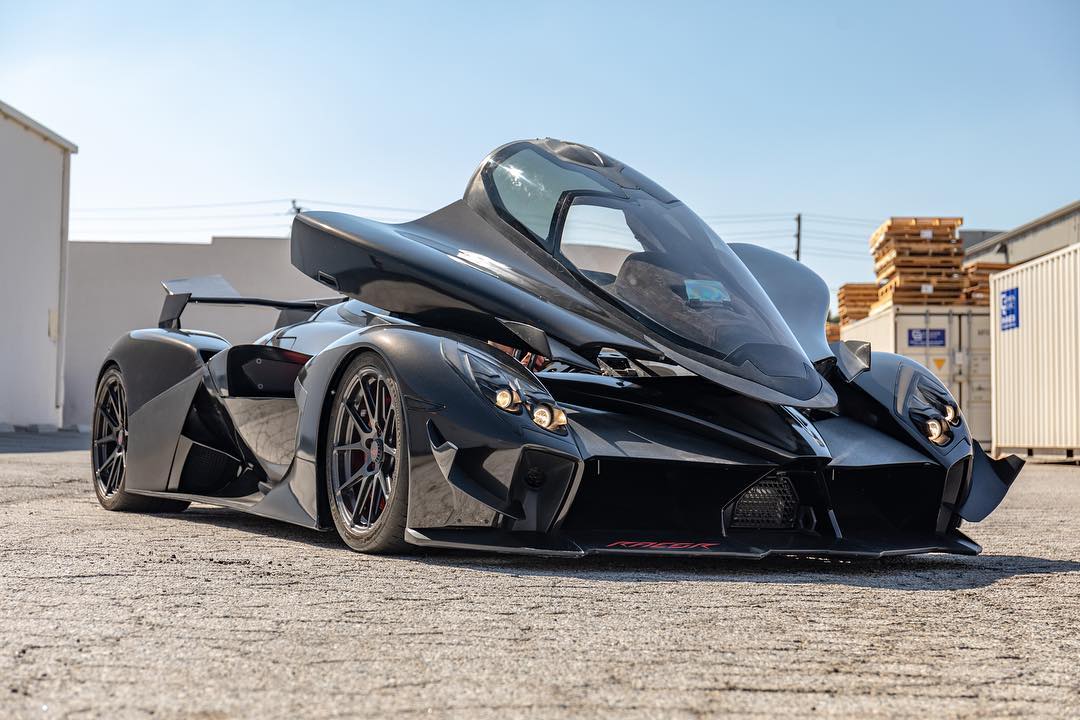 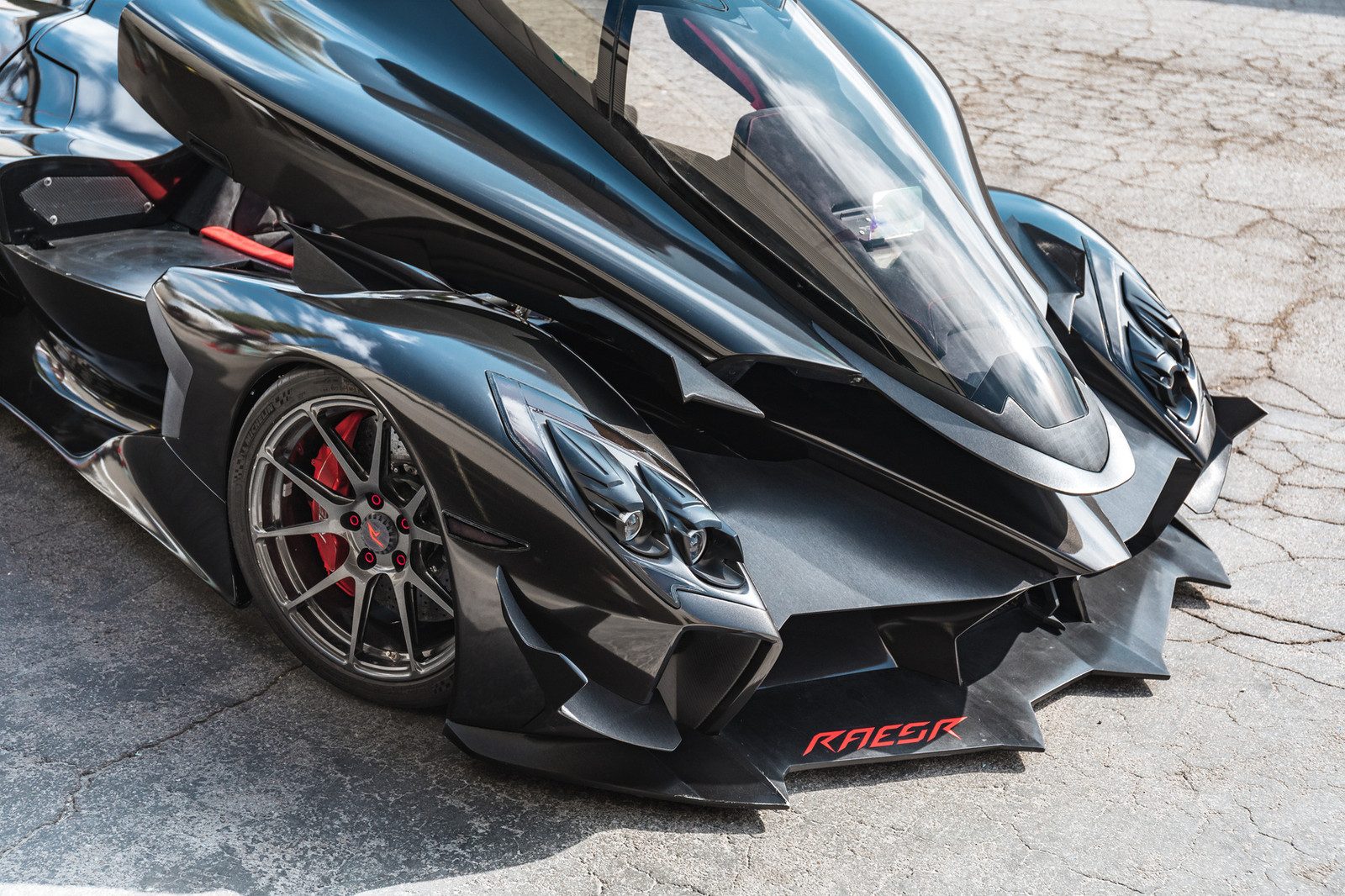 Cristobal1234
It’s too soon to say whether it will actually go into production
Click to expand...

It's either a 2017 calendar year production car and your text is wrong, or it's not and needs a retitle.

And if you're going to copy someone else's description of a car, at least make clear it's a quote and link back to the original source.

I almost thought this is a title of a Wipeout ship...

Famine
It's either a 2017 calendar year production car and your text is wrong, or it's not and needs a retitle.
Click to expand...

The year of production of the car has not yet been confirmed, so I decided to put the year in which it was revealed.

Cristobal1234
The year of production of the car has not yet been confirmed...
Click to expand...

Look in the pinned thread with title guidelines to see what other category it belongs in - certainly not the first one - and title it accordingly.