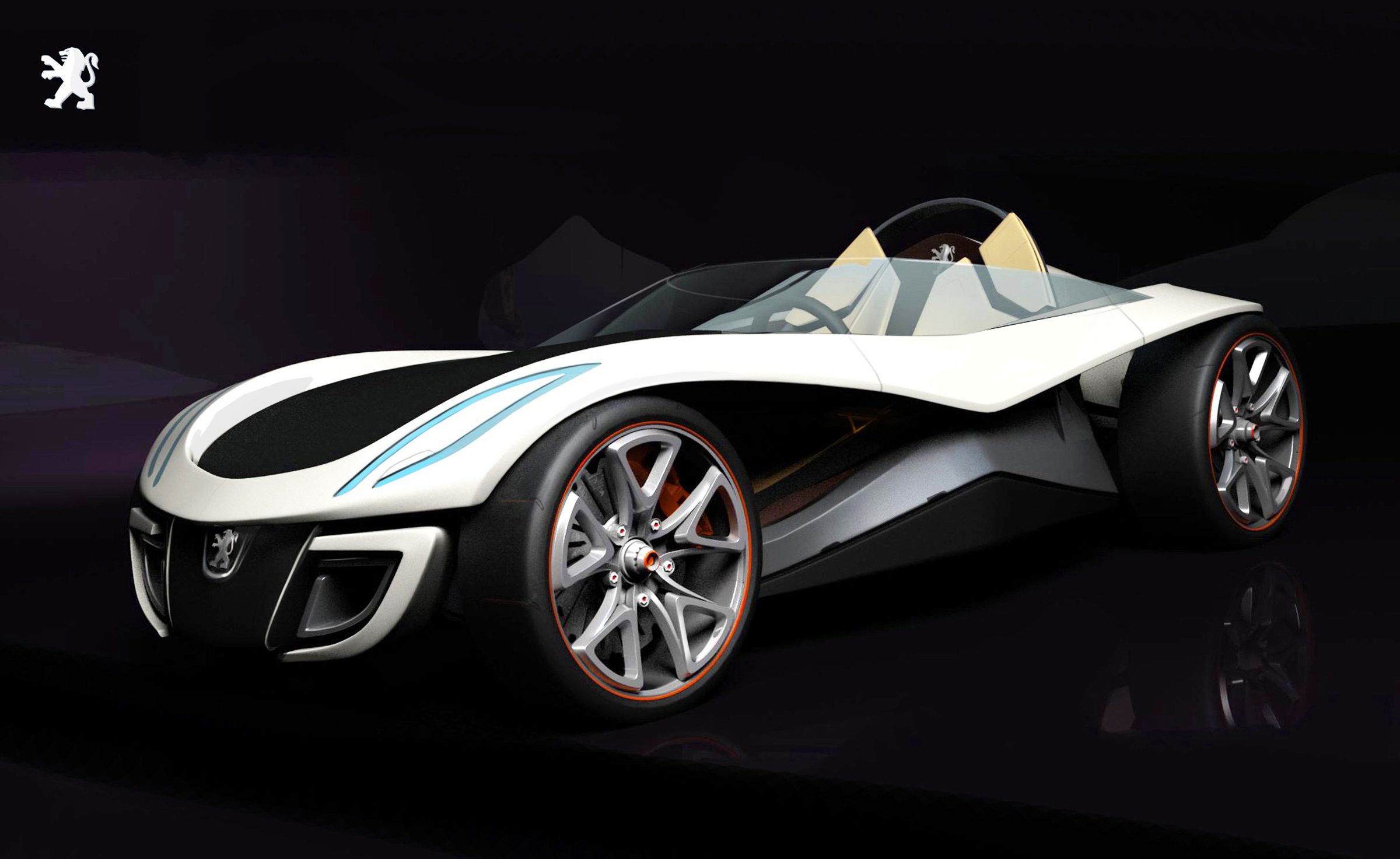 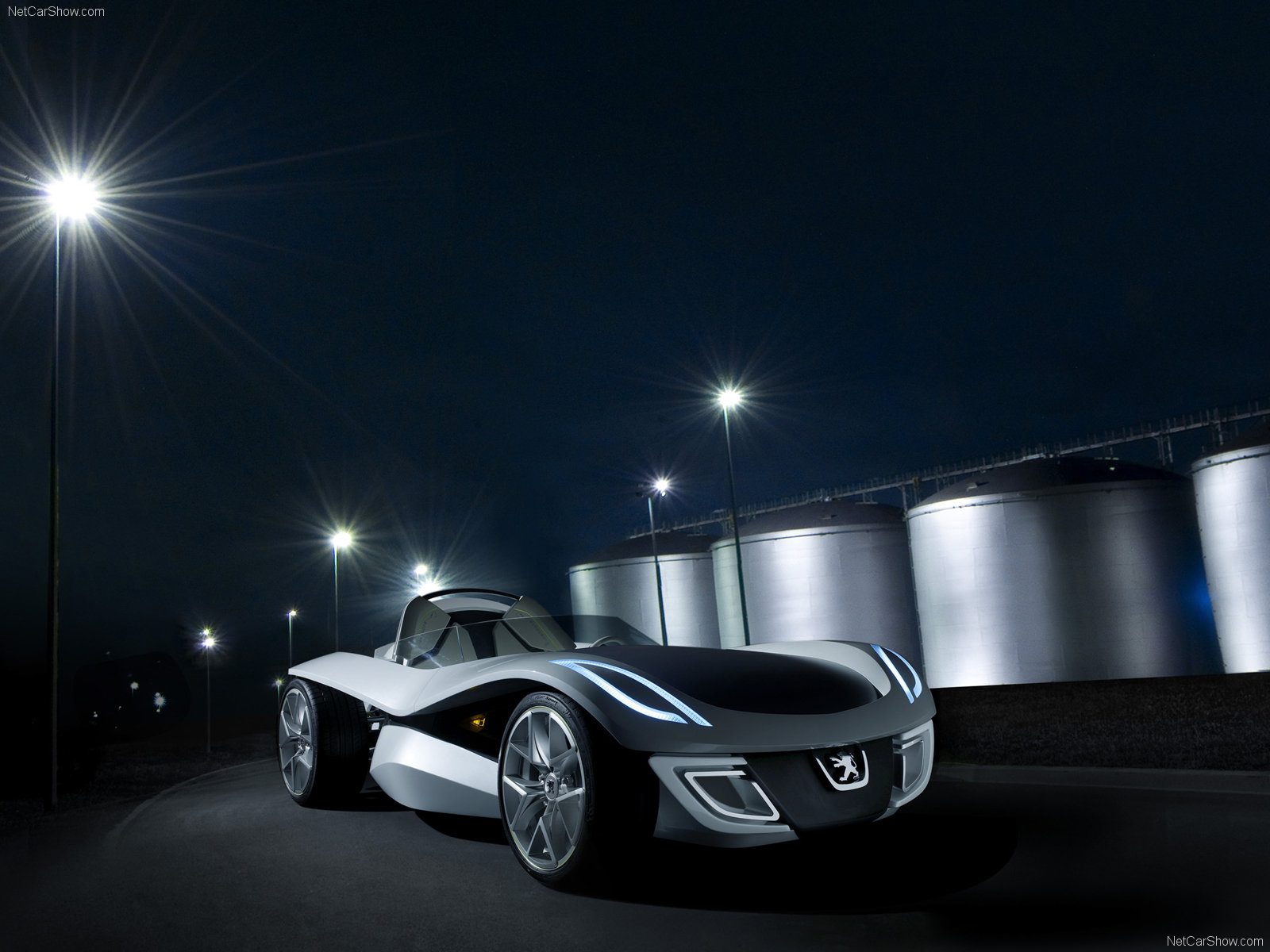 The concept car Flux, designed by Mihai Panaitescu, won the 4th Peugeot design competition. The car was designed to achieve universal pleasure by adapting to difffferent lifestyle situations. The theme of this fourth competition, summmmed up by the acronym P.L.E.A.S.E. Innovate!, has inspired the creativity of web based designers throughout the world, resulting in more than 4,000 projects. 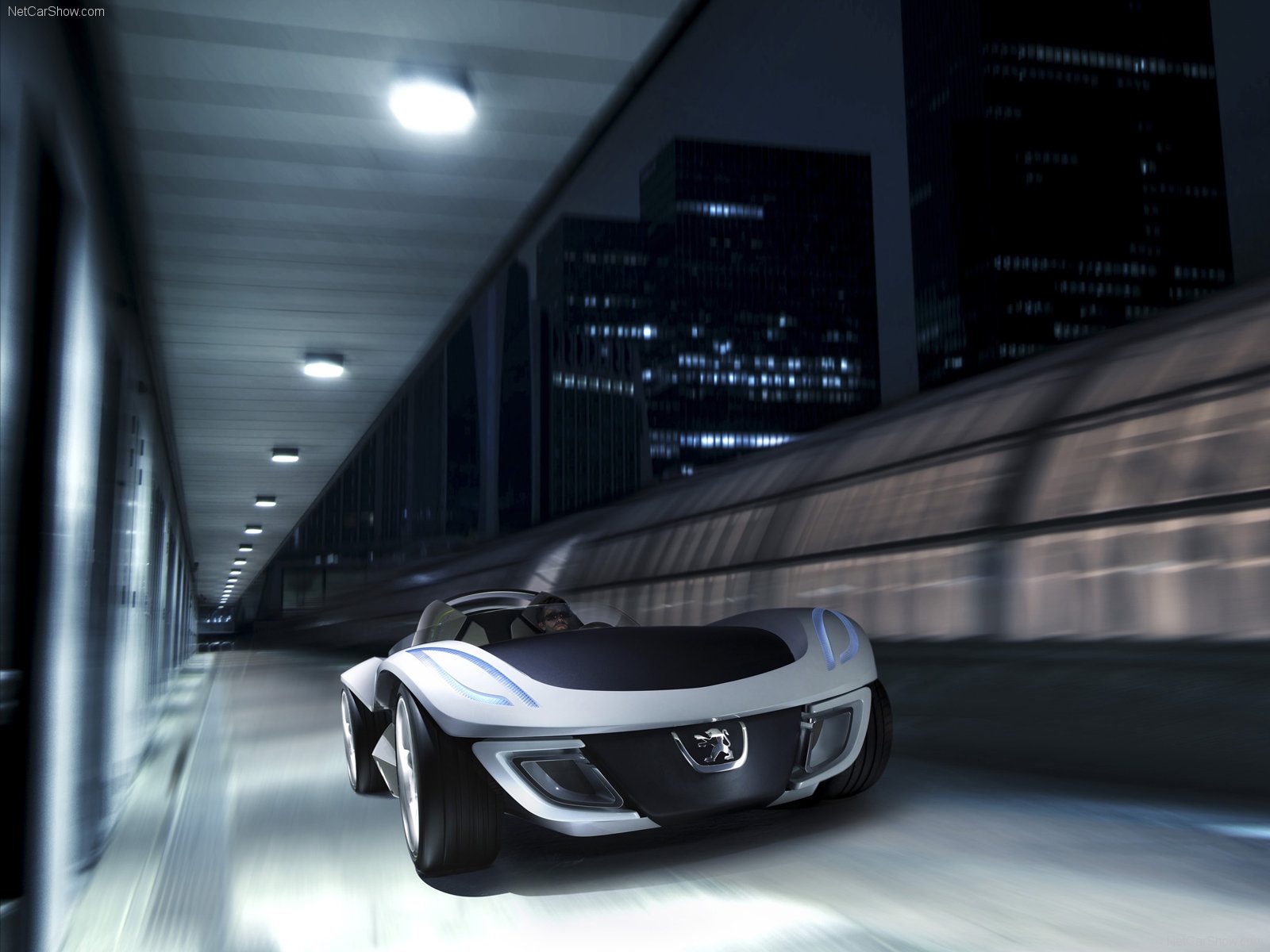 Complimenting present automotive aspirations, Flux has shown the theme's most relevant illustrations, since its concept corresponds to a type of car that achieves utter driving Pleasure through its Light weight and Efficiency, while at the same time remaining Accessible through the Simplicity and Ecology of its design. Flux was chosen by a jury chaired by Frédéric Saint-Geours, General Manager of Automobiles Peugeot and made up of Peugeot representatives, its Style Centre, Xbox, but also of web based people who voted online. 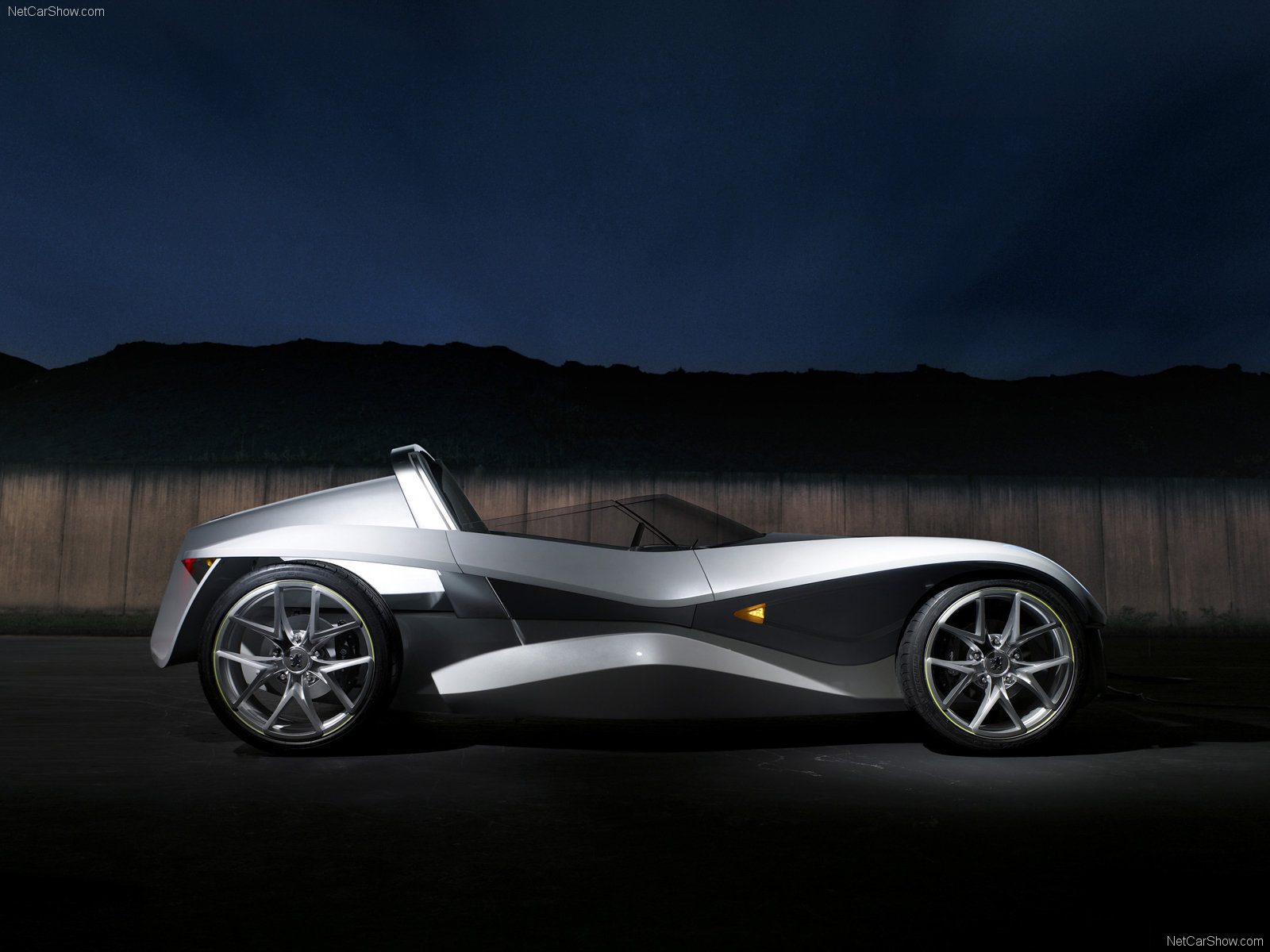 Unveiled at this year's Geneva show, and thanks to its sophisticated design, Flux will be making a second appearance at the Frankfurt Motor Show. Flux will appear 'real' in the form of a full-scale model presented at Peugeot's exhibition space and 'virtual' in a new version of the PGR 4 game on Xbox 360. These two elements constitute the two most fantastic prizes of the 4th Peugeot design competition. The 4th design competition attracted greater participation, with more than 200 additional projects compared with the 3rd competition (4,029 compared with 3,800), confirming its international appeal, with 113 countries represented as opposed to 107 in the last competition. 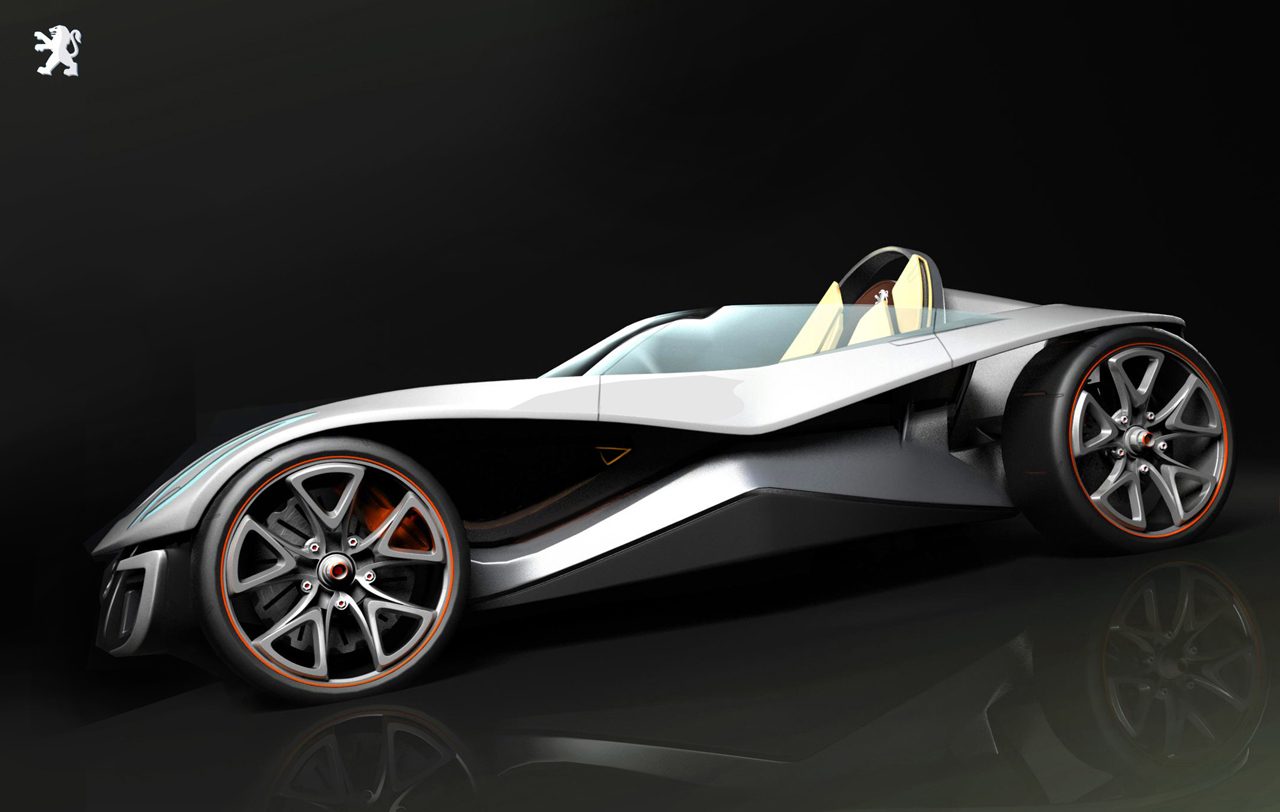 Since its launch at the Paris Motor Show in 2000, the competition has seen its success grow each time, allowing an ever increasing group of web based designers, the chance to present their vision of a car based on a specific theme. At the end of this fourth competition, we have seen the creation of more than 12,600 projects in total, based on themes as varied as the Peugeot of 2020, retro-futurism, the dream car of the near future and, last but not least, the P.L.E.A.S.E. car. 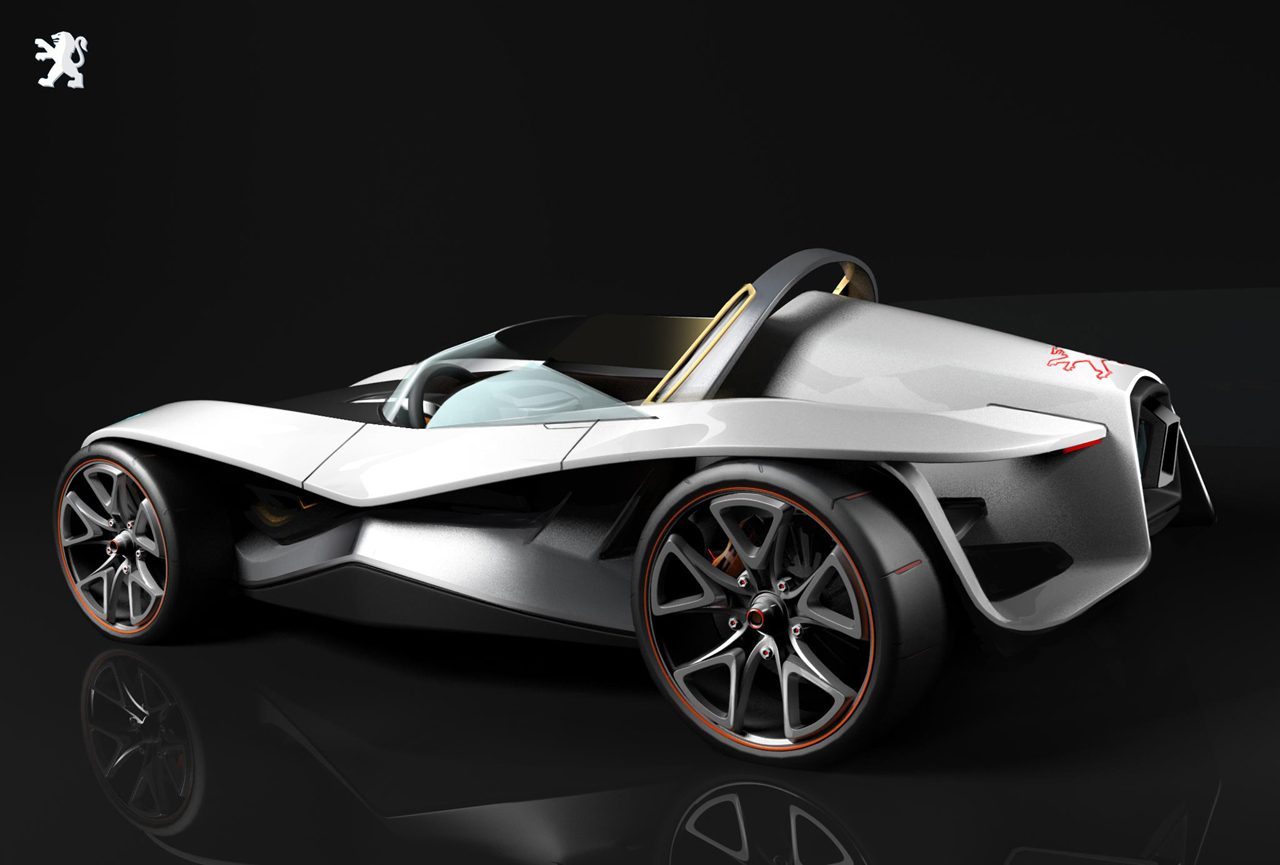 The generous funding of the competition has certainly contributed to its success. In effect, the winner benefits from considerable exposure, because their project is built as a full scale model and presented by Peugeot at the Frankfurt Motor Show. The fourth competition has substantially increased its funding, because in addition to the concept car being made as a full-scale model, it also included a cheque for 6,000e, making a 1:43 miniature of the winning project and the integration of the winning project in the Gotham Racing video game project, version 4, on Xbox 360. The latter not only encouraged participation, but also constituted an additional source of inspiration for the participants, whose creations could be influenced by the world of the video game! 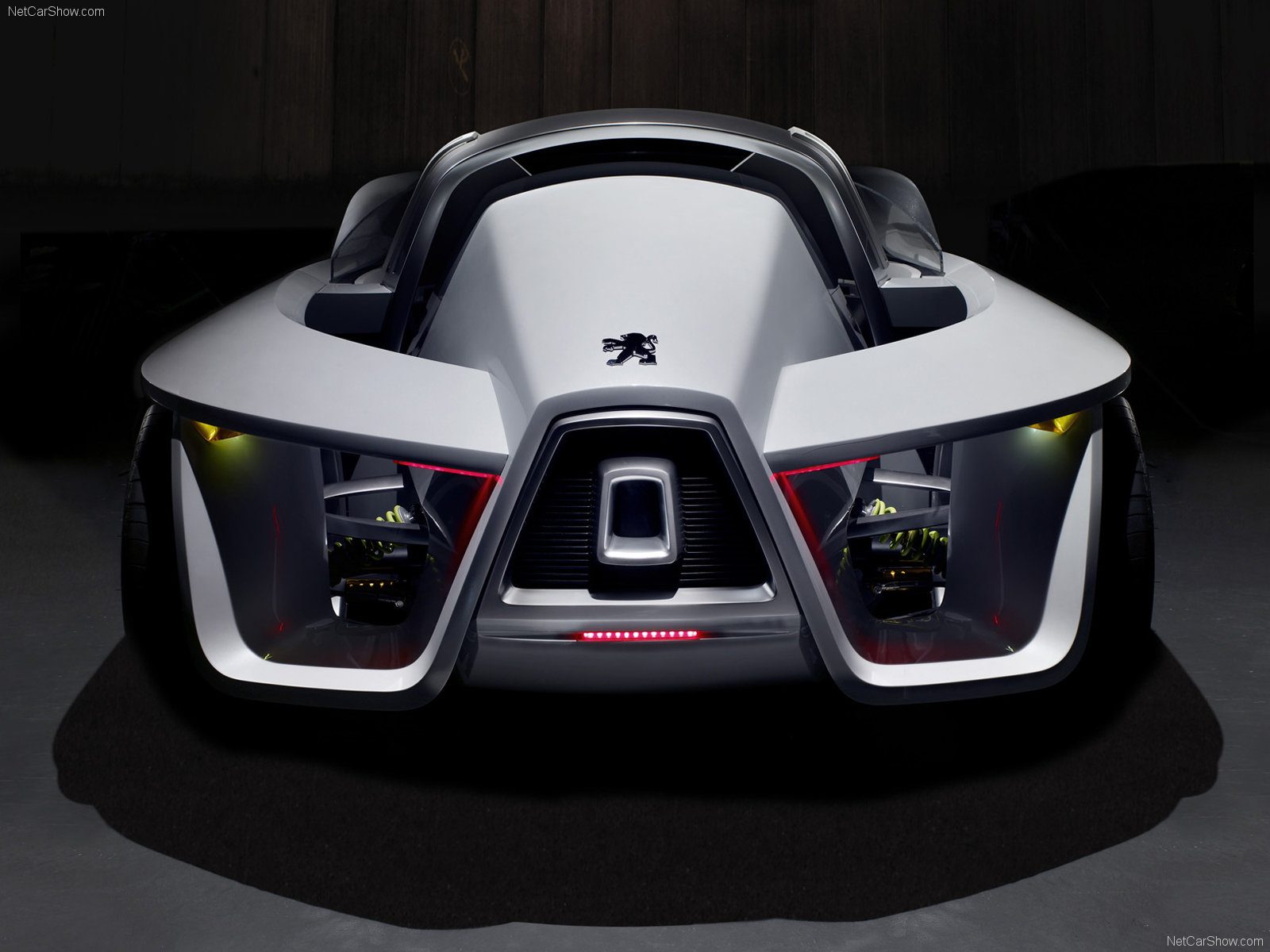 The fact that the competition ran entirely over the Internet made a significant contribution to its success. A pivotal element of the competition, the dedicated site www.peugeot-concours-design.com, recorded a particularly high number of visits: more than 650,000 visitors have ploughedtheir way through more than 3,700,000 pages since July 2006.The Internet site has also played the role of unifying a communityof web based designers interested in the competition, which has nearly 35,000 members from 100 countries at the moment. 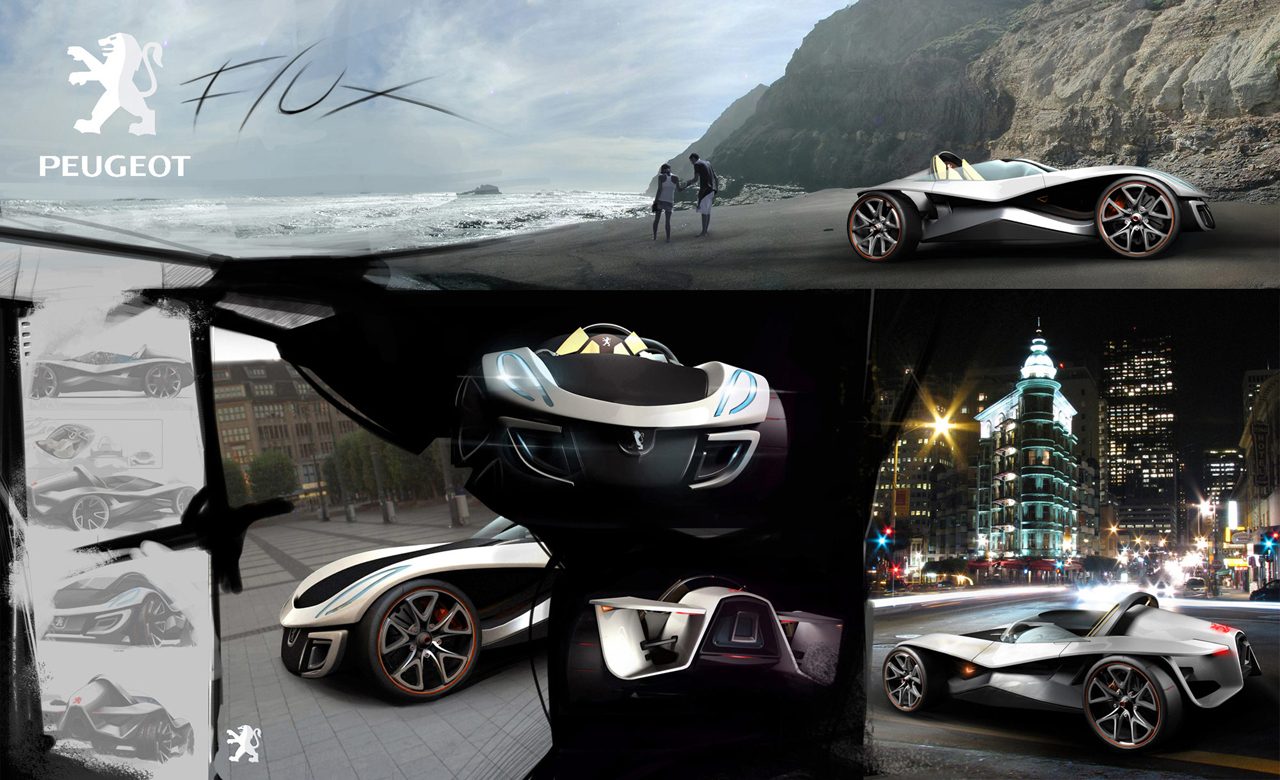 The design competition consists of five stages. The creation stage took place between September and December, followed by the selection stage consisting of three steps between December and February: a first selection of 30 projects by Peugeot designers, followed by an on line vote. This resulted in a short list of ten projects, then completed by the selection of the winning project by the jury chaired by Frédéric Saint-Geours. The winning project was announced at the Geneva Motor Show in March 2007. The implementation stage of the full-scale project and its presentation at the Frankfurt Motor Show was completed in September, whereas the last stage of integration in the PGR 4 video game on Xbox 360 will take place between autumn 2007 and the beginning of 2008. 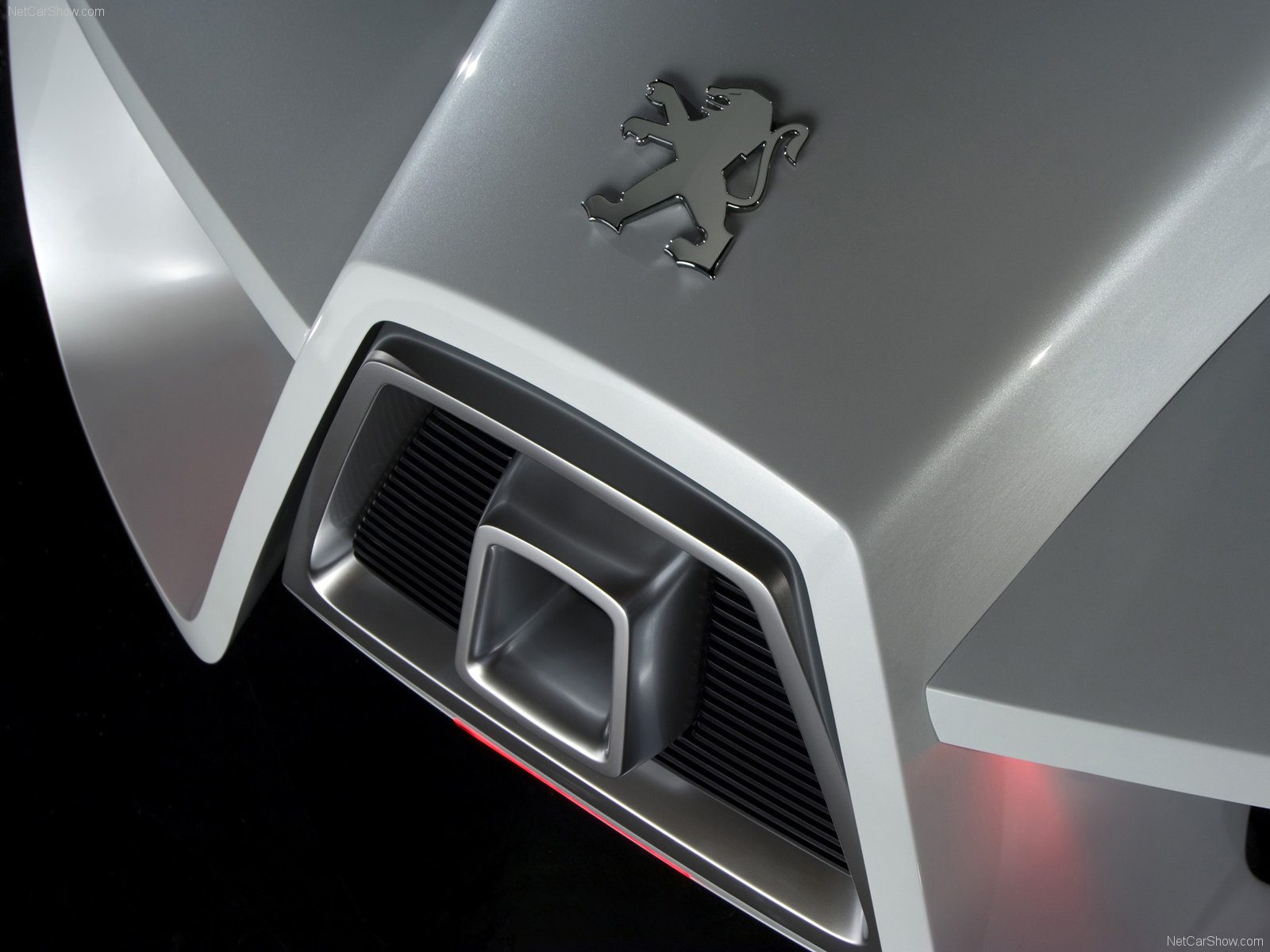 The choice of the jury chaired by Frédéric Saint-Geours was not easy because of the quality of the ten projects that emerged following the Internet vote. But, because of the originality of its concept, the quality of its presentation, its empathy with the theme and its identification with the brand, Flux won the heart of the jury. This roadster has succeeded in combining the various points of the specification and brilliantly illustrates the theme summed up by the acronym P.L.E.A.S.E. This strict two-seater evokes a car world in its quintessential dimension. Flux conjures up a vision of hair flowing in the wind with the car closely hugging the tarmac. 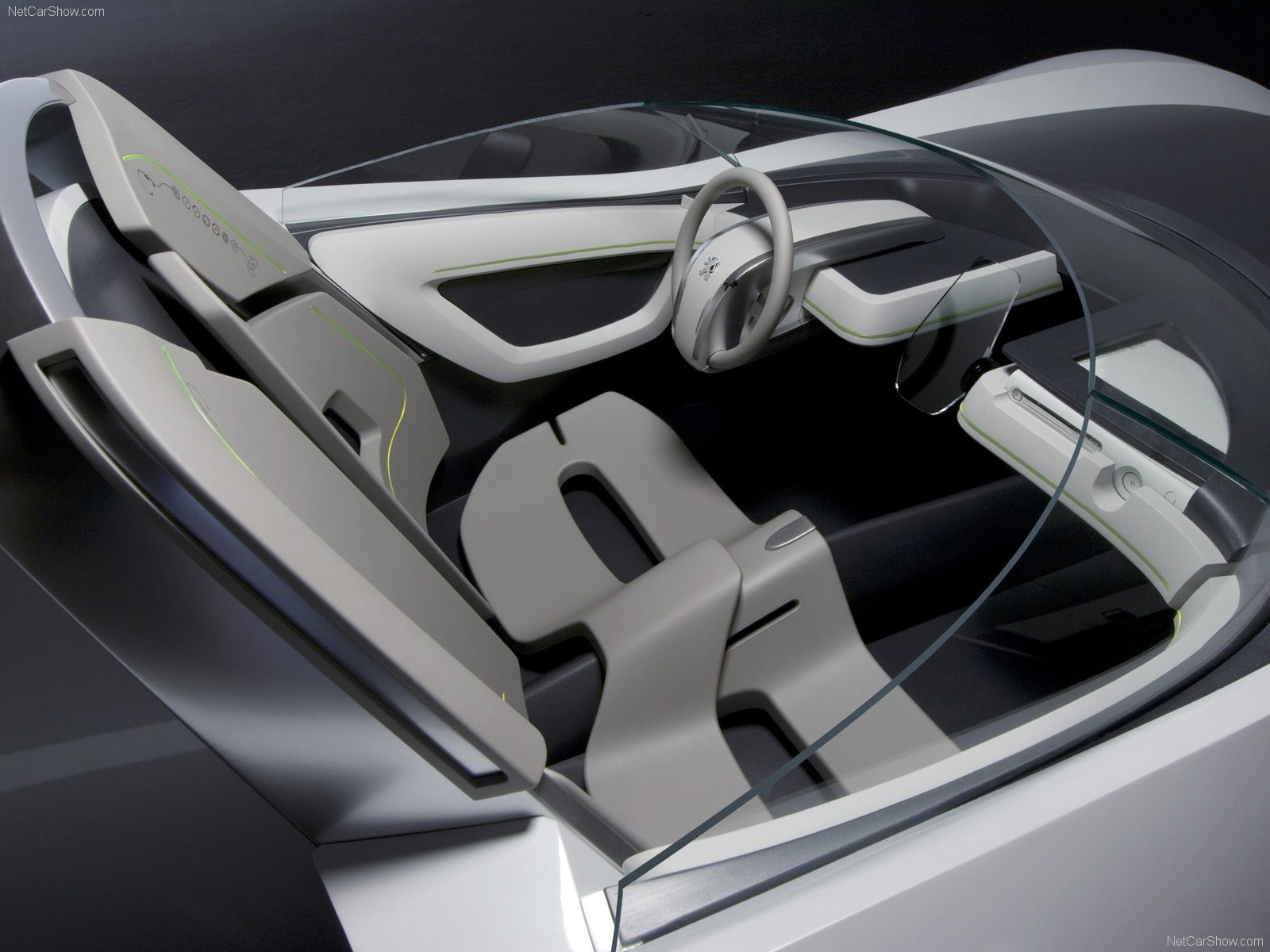 The Flux design and model suggest its lightness, an impression confirmed by the use of materials like polycarbonate or aluminium. Flux also displays ideal proportions and dimensions and features that favour great efficiency in equal measure through its length of 3.5 metres. Also, thanks to its hydrogen engine, Flux has a power/weight ratio that is particularly in keeping with its exemplary road-holding. In addition, with its fuel cell, Flux has an engine that only emits water vapour, meeting head on the major environmental challenge linked with the reduction of greenhouse gas emissions. Flux is indeed a car of extreme values: zero noise, zero emissions and 100% pleasure. Finally, Flux mirrors some of Peugeot's style codes, such as a single air inlet, or headlights that wrap over the wings. Its style expresses a strong personality, both dynamic and elegant. 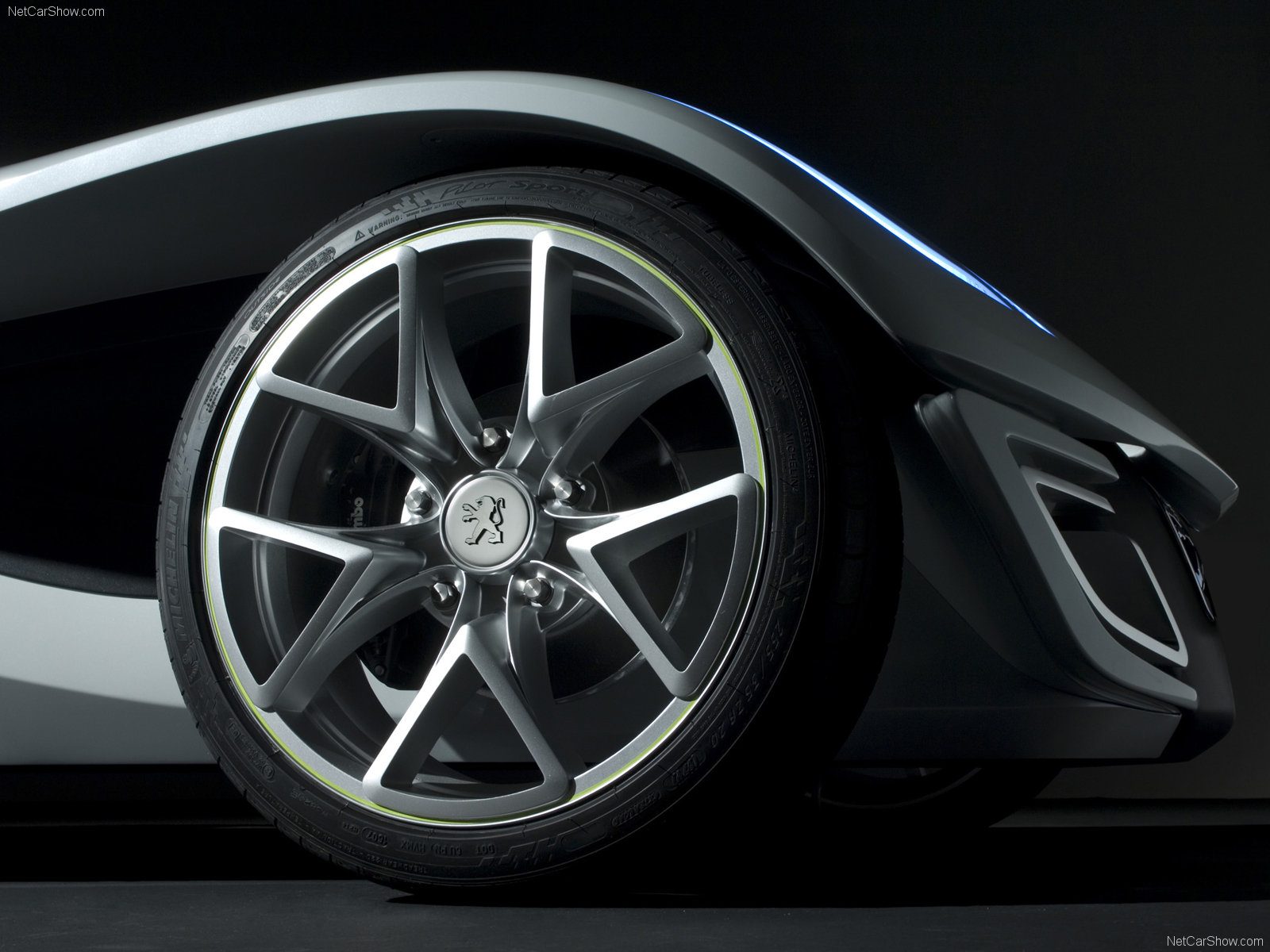 Flux was produced under the control of Peugeot's Style Centre according to the rules normally adopted when making a show vehicle. Entrusted to Delphine Gouget, architect within the team responsible for making concept cars, Flux required the involvement of various style specifics and the use of the most powerful technological resources over a period of three months. 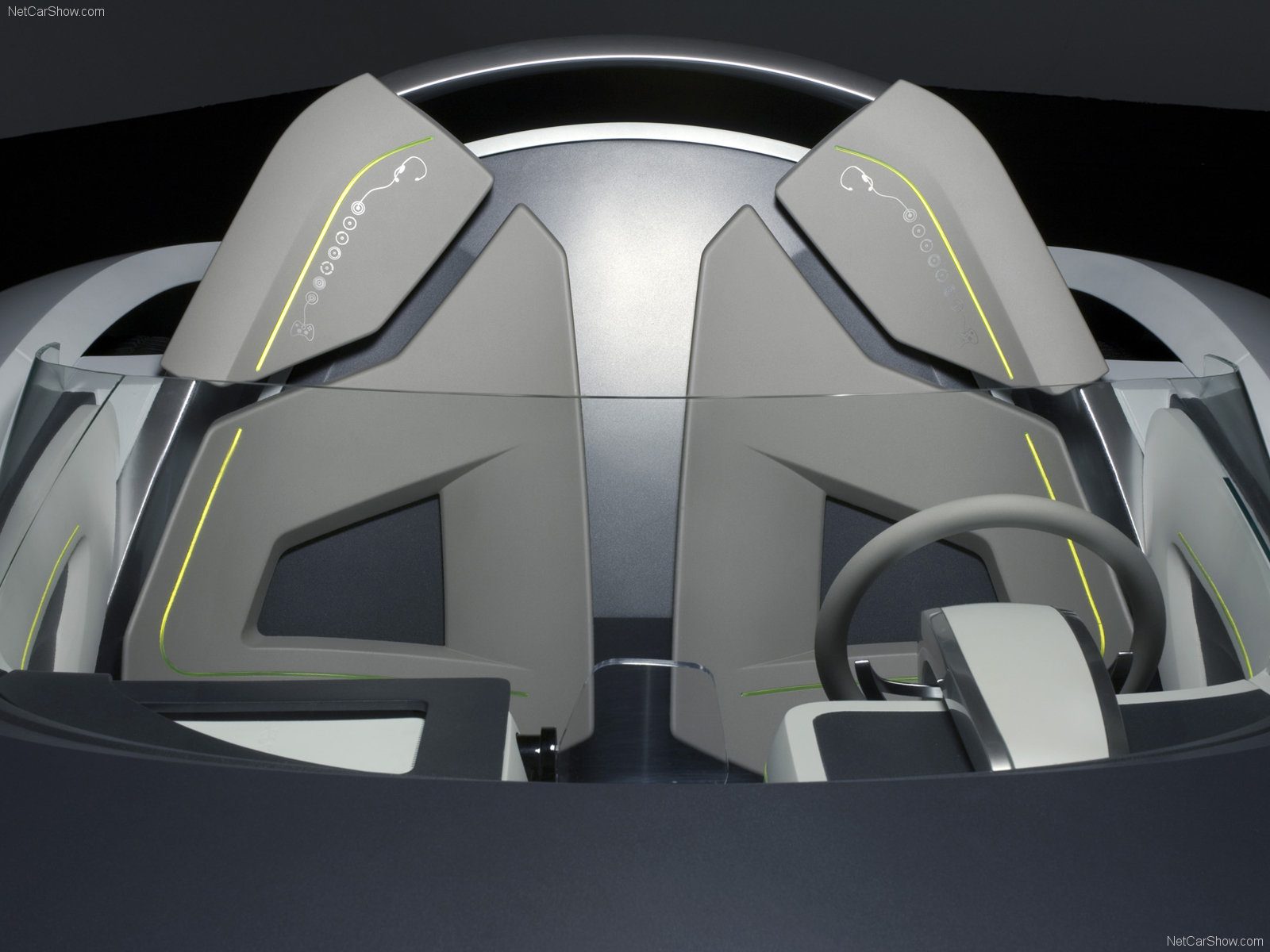 This car contains an Xbox 360 console integrated to it. 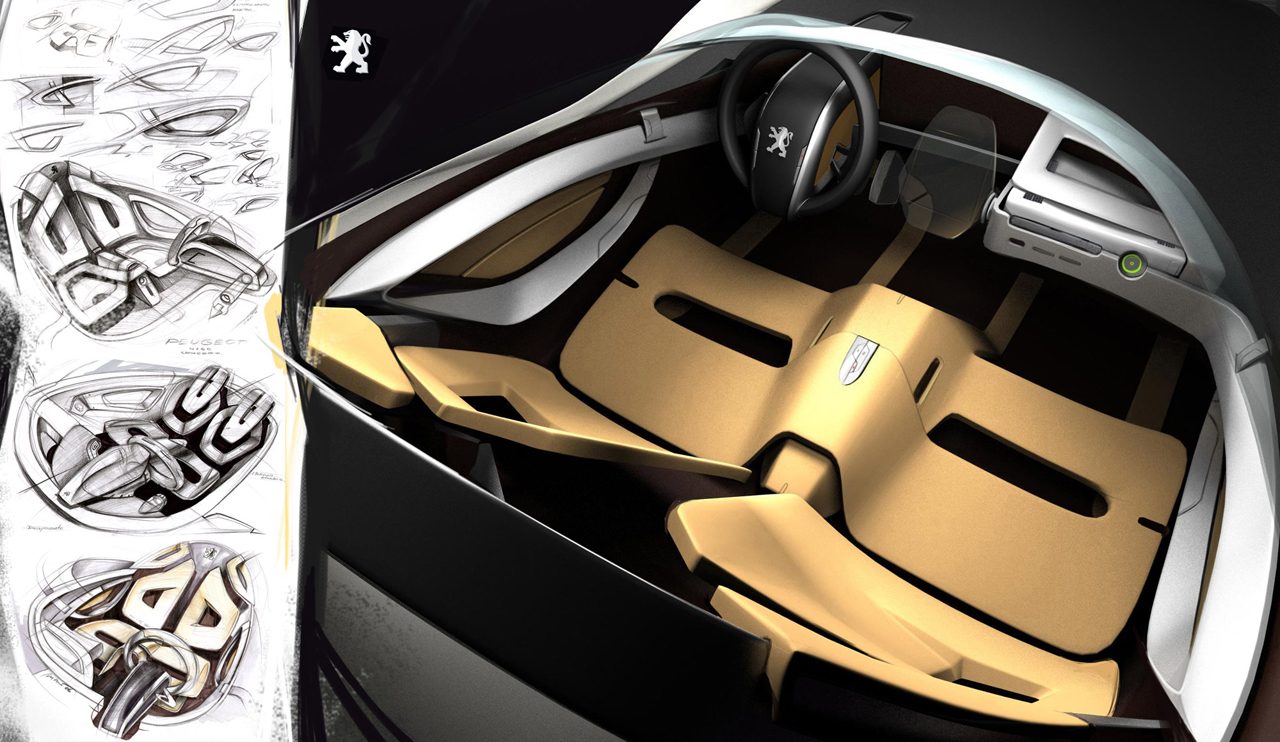