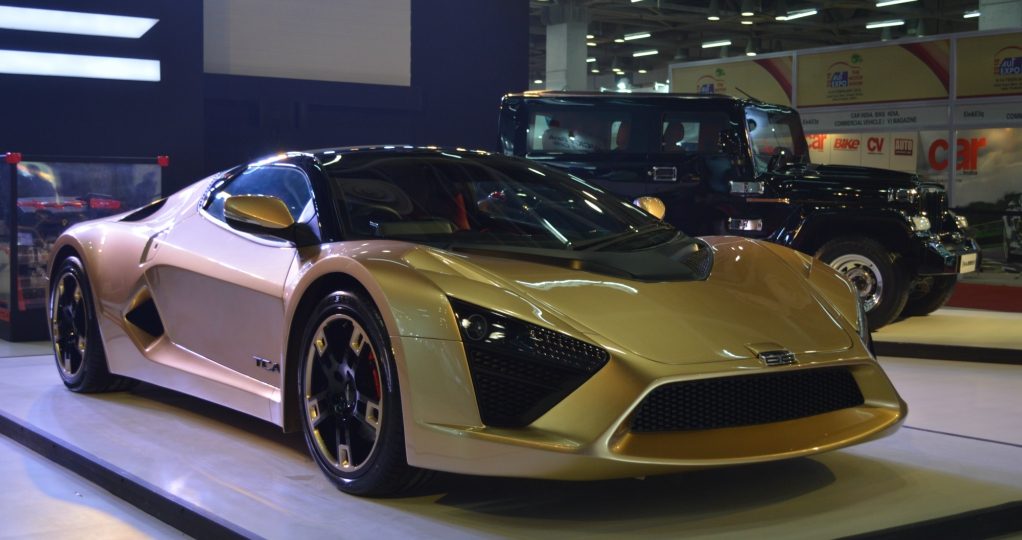 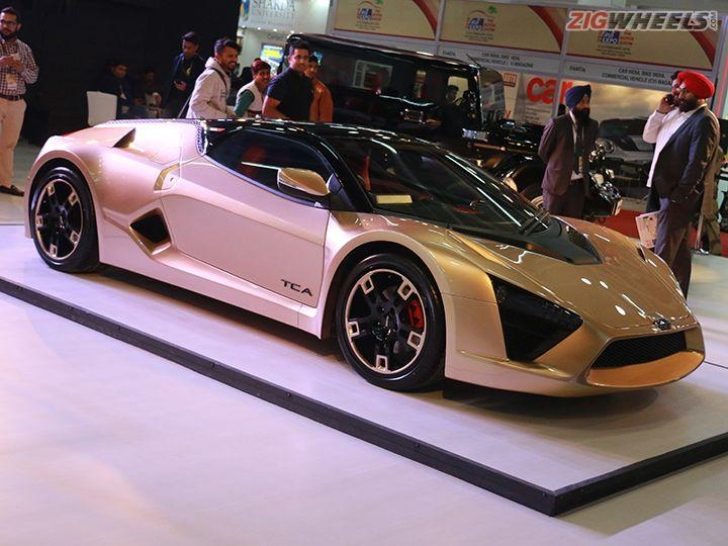 The much awaited DC TCA Supercar was recently unveiled at Auto Expo 2018. Dilip Chhabria, the man behind this design, has done a fabulous job as TCA feels more proportionate when compared to DC Avanti. The name TCA used here stands for Titanium, Carbon and Aluminum. 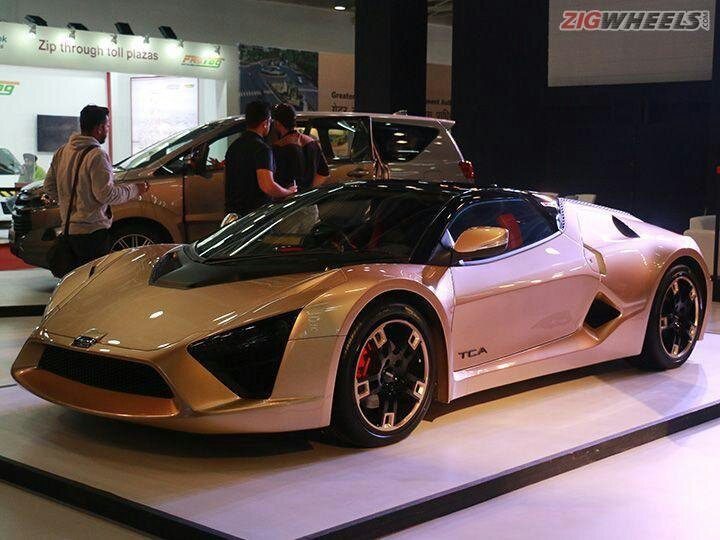 This mid engine sports car is inspired from Laferrari and Pagani Zonda in some terms. DC will start manufacturing the same in October 2018 while production is limited to just 299 units. Each unit will be personally signed by Dilip Chhabria. TCA is lower, wider and much more powerful when compared to DC Avanti.

Surprisingly, it is priced at INR 39 lakh (ex-showroom) and takes almost 4.5 seconds to reach 100 kmph from standstill. TCA is powered by a 3.8L, V6 petrol motor producing 320 HP of maximum power. The engine comes mated to a 6-speed automatic gearbox. 60 units out of the 299 examples have already been booked. 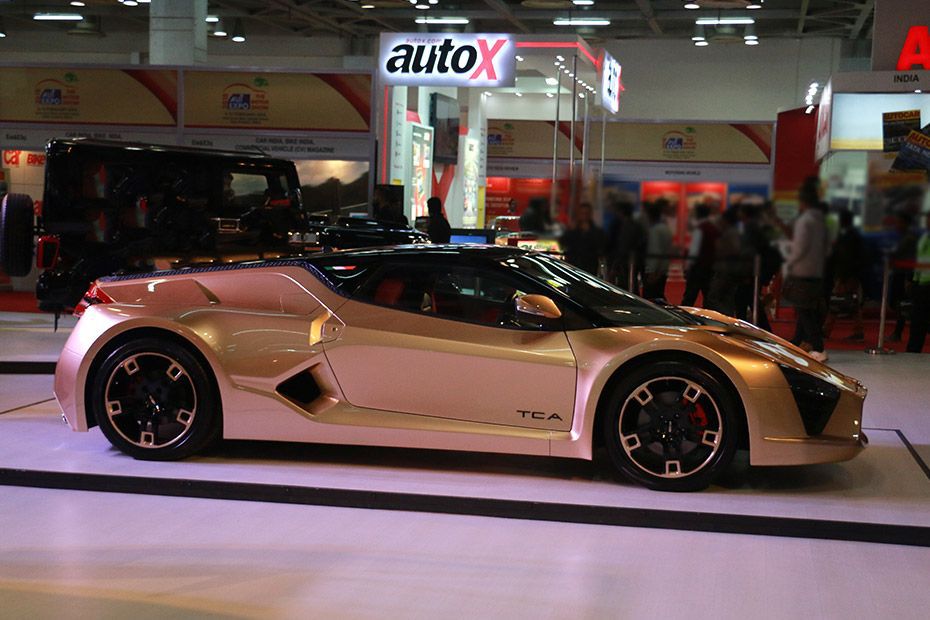 DC has not detailed the interior specifications for TCA and even no details regarding the safety features were given till date. Last time, they even missed on the airbags from Avanti and came under spotlight for choosing luxury wrapped interior over basic safety feature. 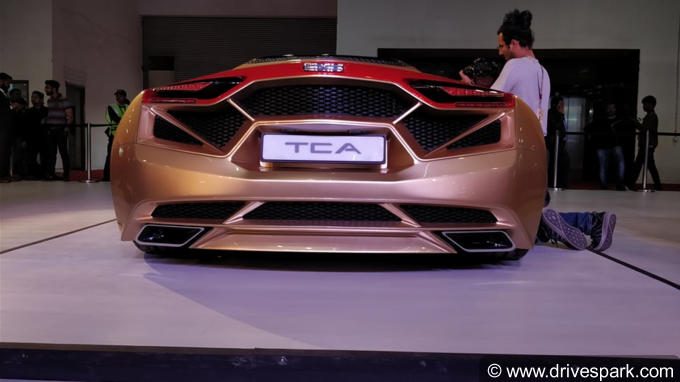 Founded in 1993, DC Design has over 800 different cars to its credit which include customized mass-market vehicles, supercars and other design prototypes. Making its debut at the 2012 Auto Expo, DC Avanti has been a fairly successful model for the domestic company. Aiming to replicate similar market response, DC Design is here with another sportscar. Named the DC TCA, the vehicle has been showcased at the ongoing Auto Expo. TCA in the name stands for “Titanium, Carbon and Aluminium”. 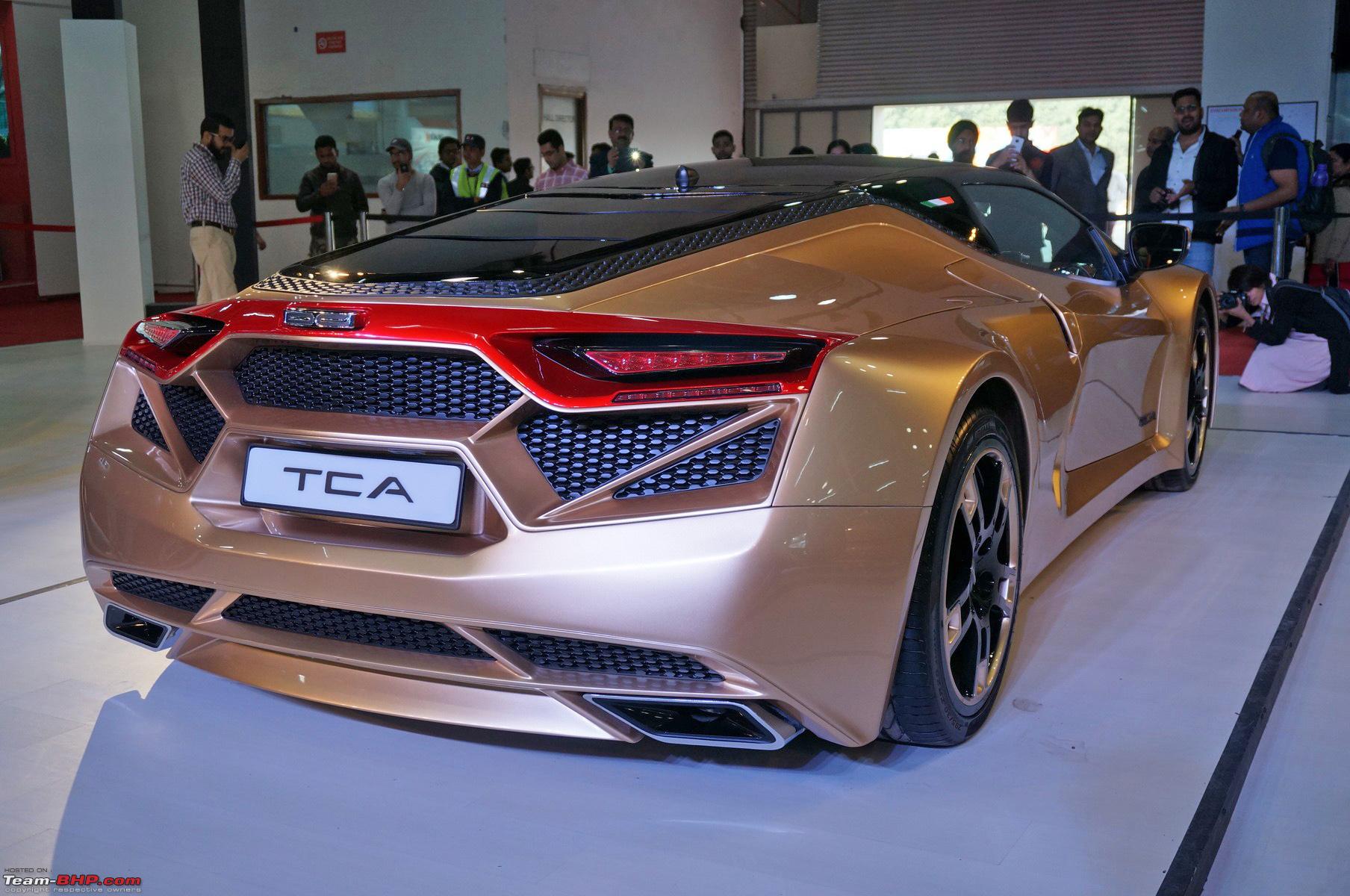 Featuring a sharp and seamless exterior design, the car is said to be inspired from the iconic Pagani Zonda and LaFerrari sportscar. A large air dam and smoked projector headlamps adorn the fascia of the TCA. Moving on to the sides, the 2-seater gets 5-spoke alloy wheels, red-painted calipers, TCA badging on the doors and a prominent tricolor badge near the windows. It is towards the rear where the design can divide opinions as the designer seems to have gone overboard with the use of mesh pattern. 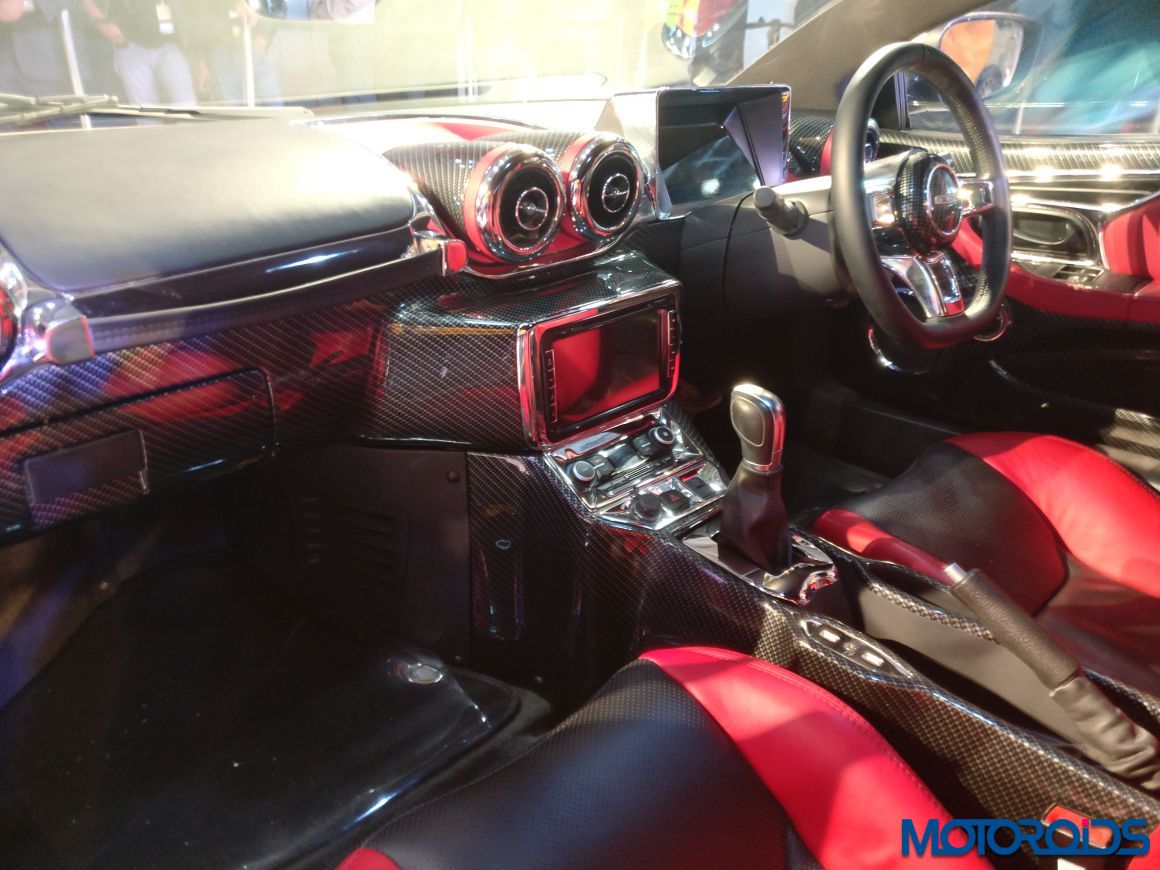 DC has adopted a futuristic design for the cabin and added a modern instrument console and feature-loaded infotainment unit. The use of exotic materials on the inside will help uplift the cabin feel. Powering the mid-engined sportscar is a 3800cc Euro-6 compliant motor mated to a 6-speed automatic transmission to churn out 320 HP of power. Going forward, the company plans to make 299 units of the TCA available to maintain its exclusivity. All the cars will be personally signed by Mr. Dilip Chhabria, founder of DC Design. 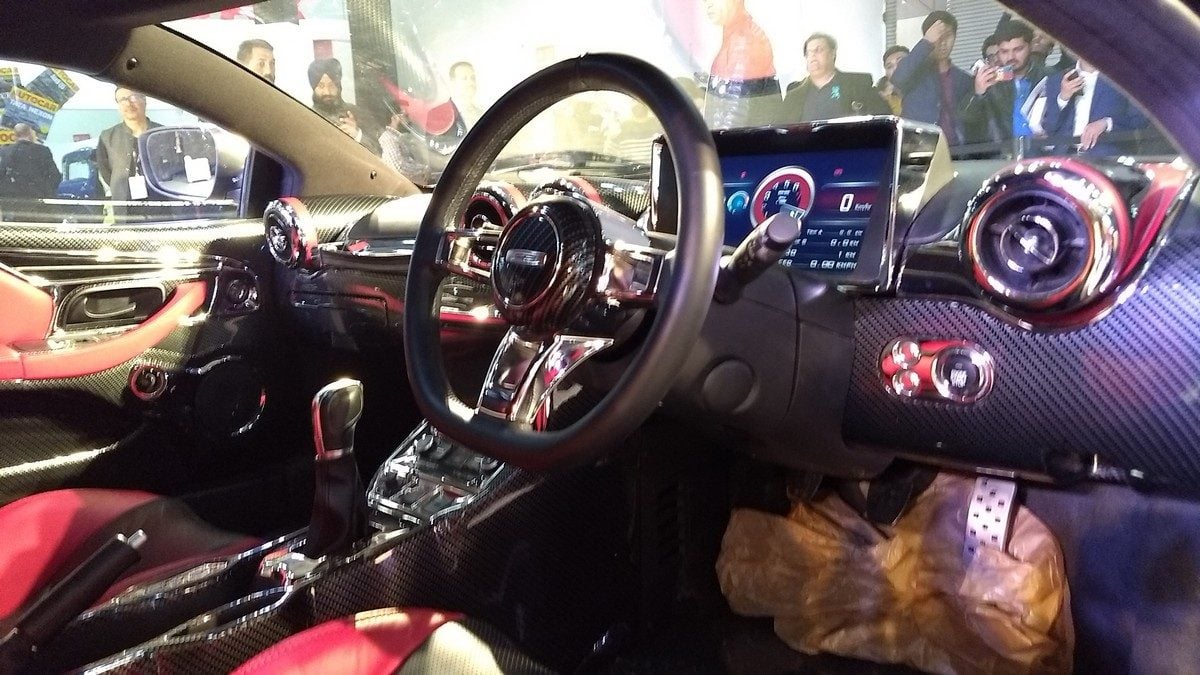 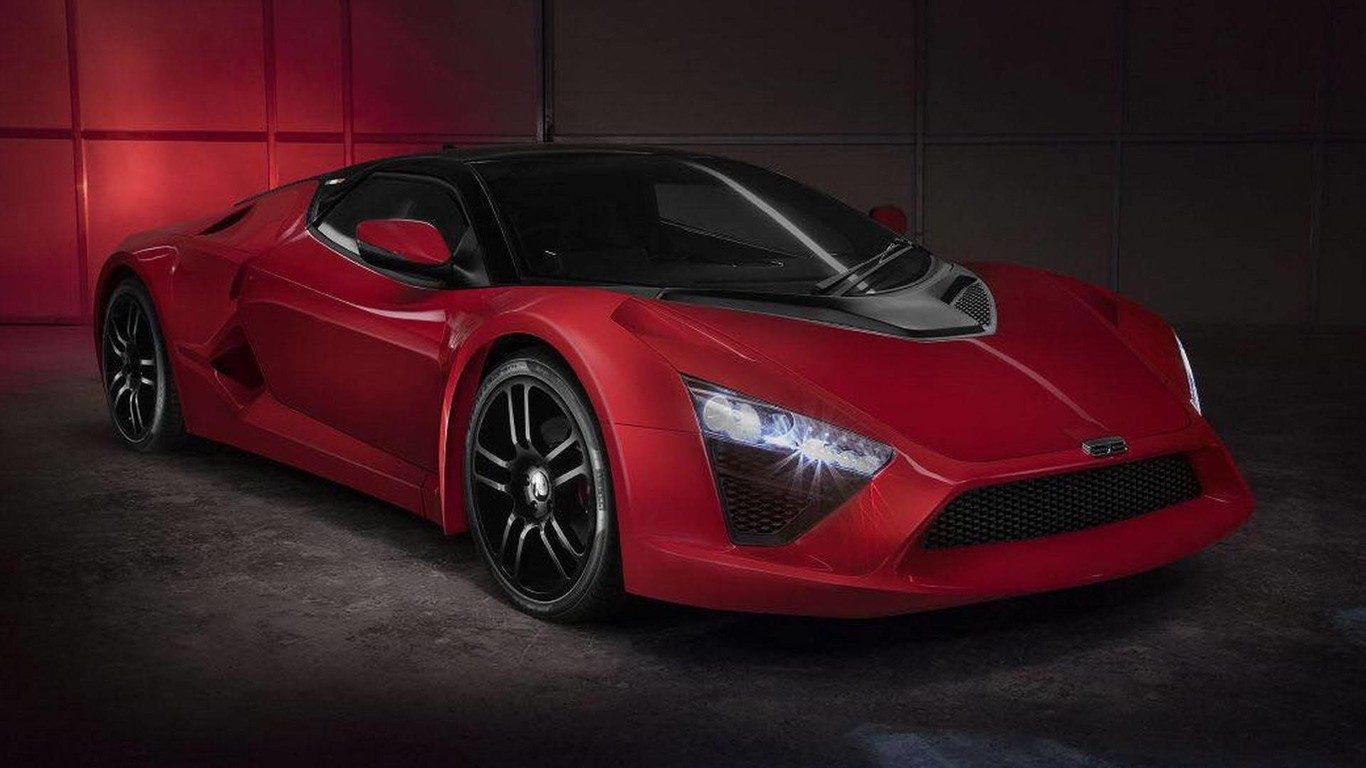