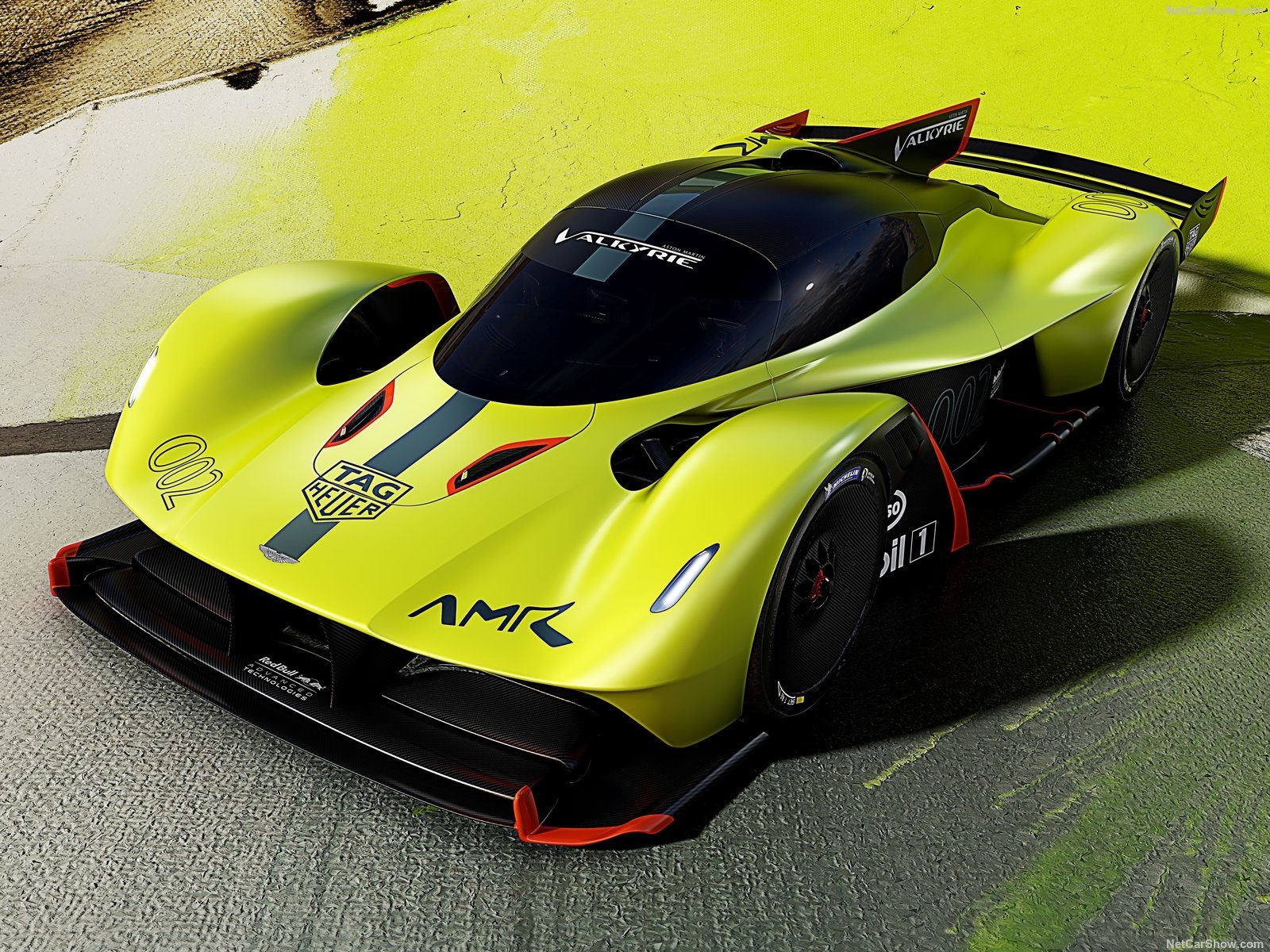 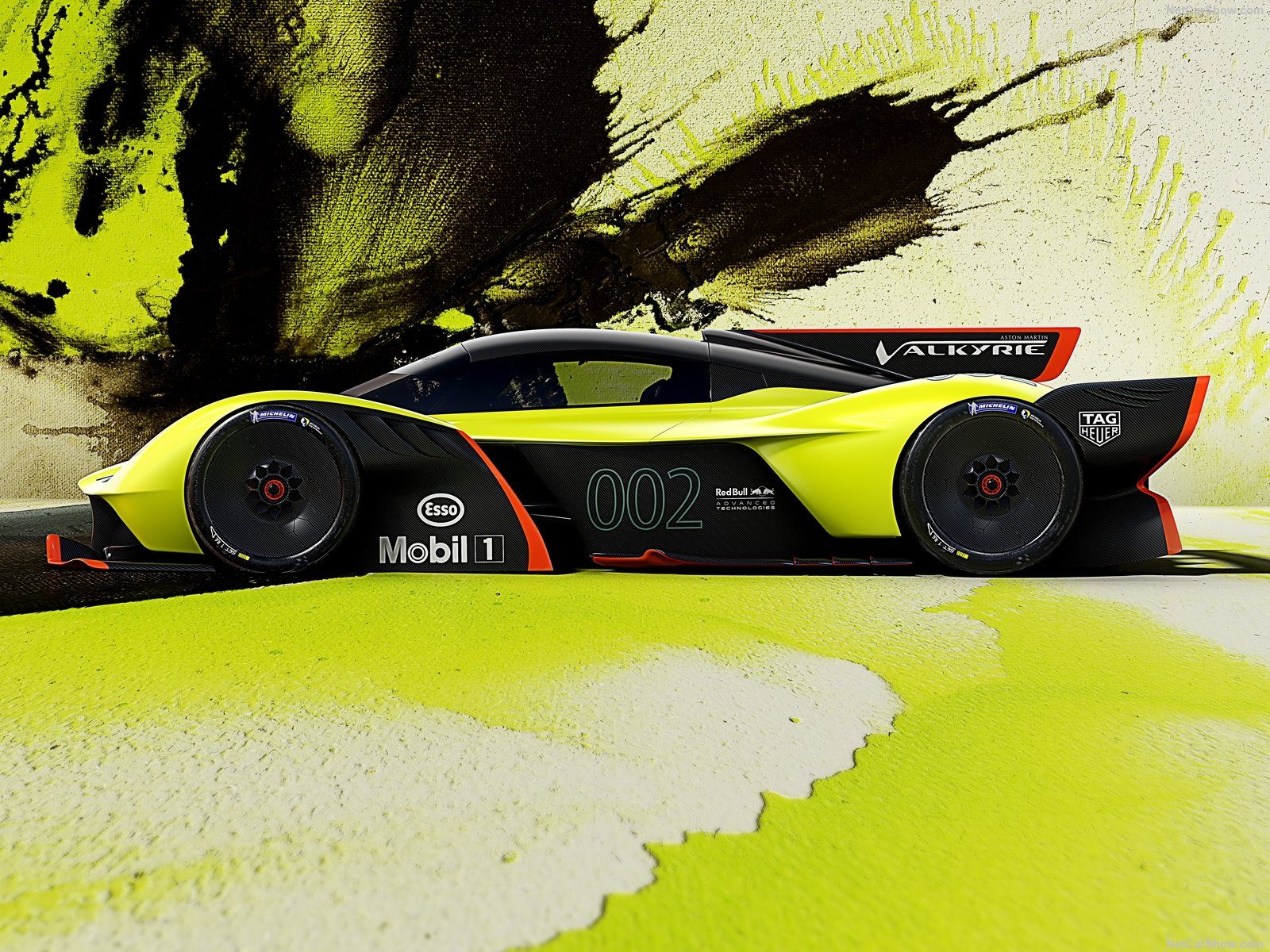 Aston Martin has played the ultimate Top Trumps card at the 2018 Geneva International Motor Show with the world debut of the Aston Martin Valkyrie AMR Pro - the sensational track-only evolution of the marque's spectacular hypercar. 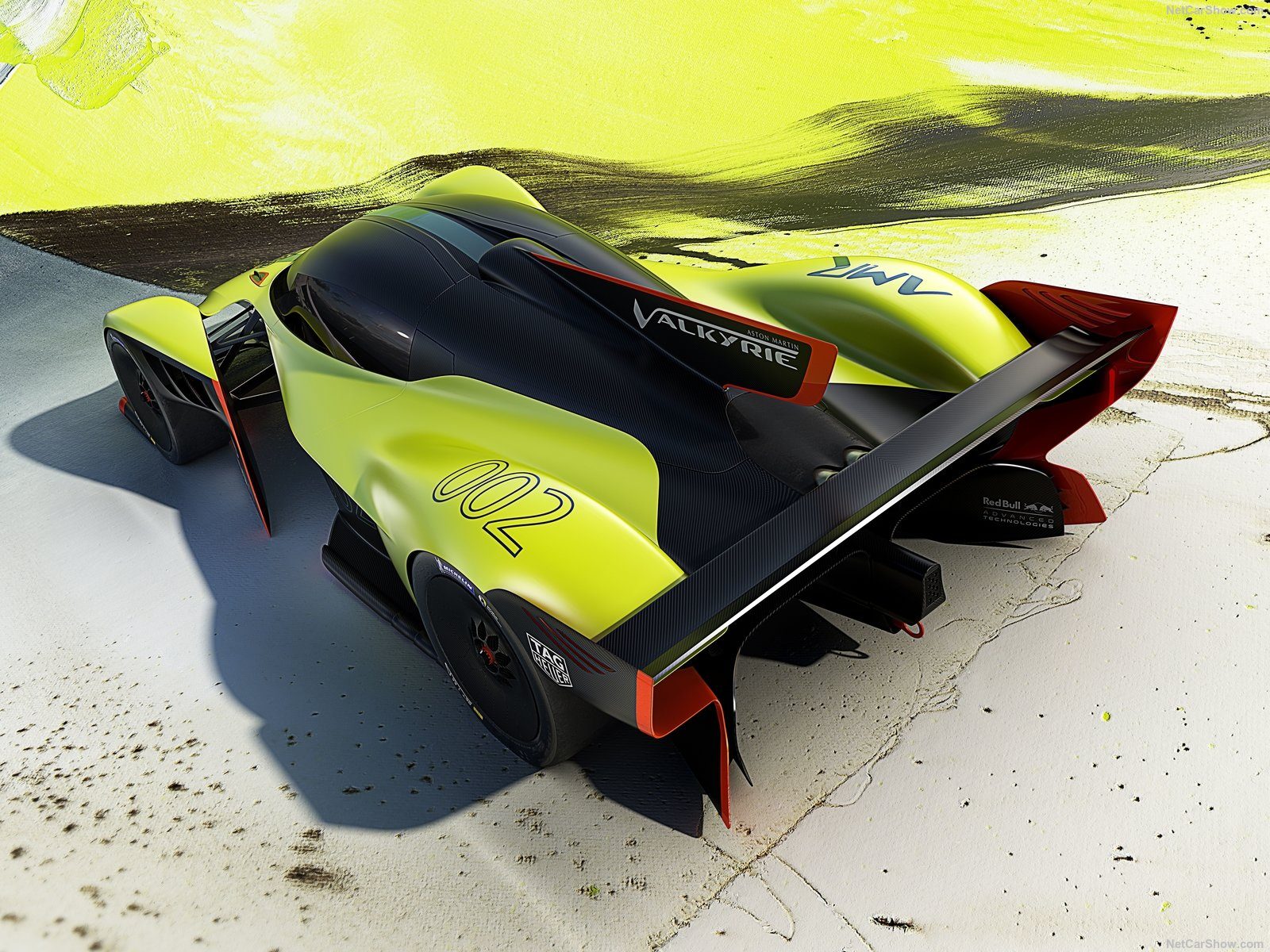 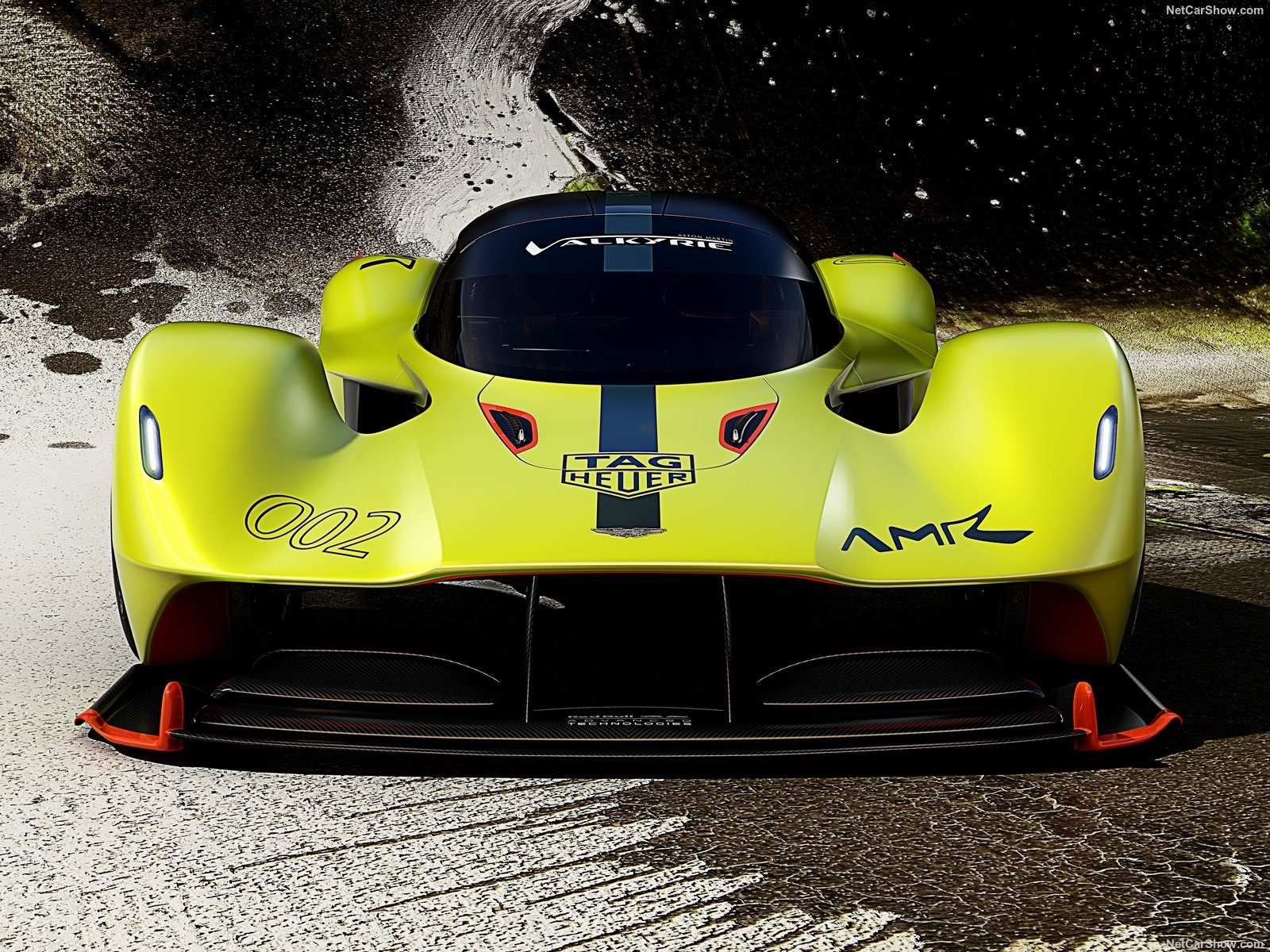 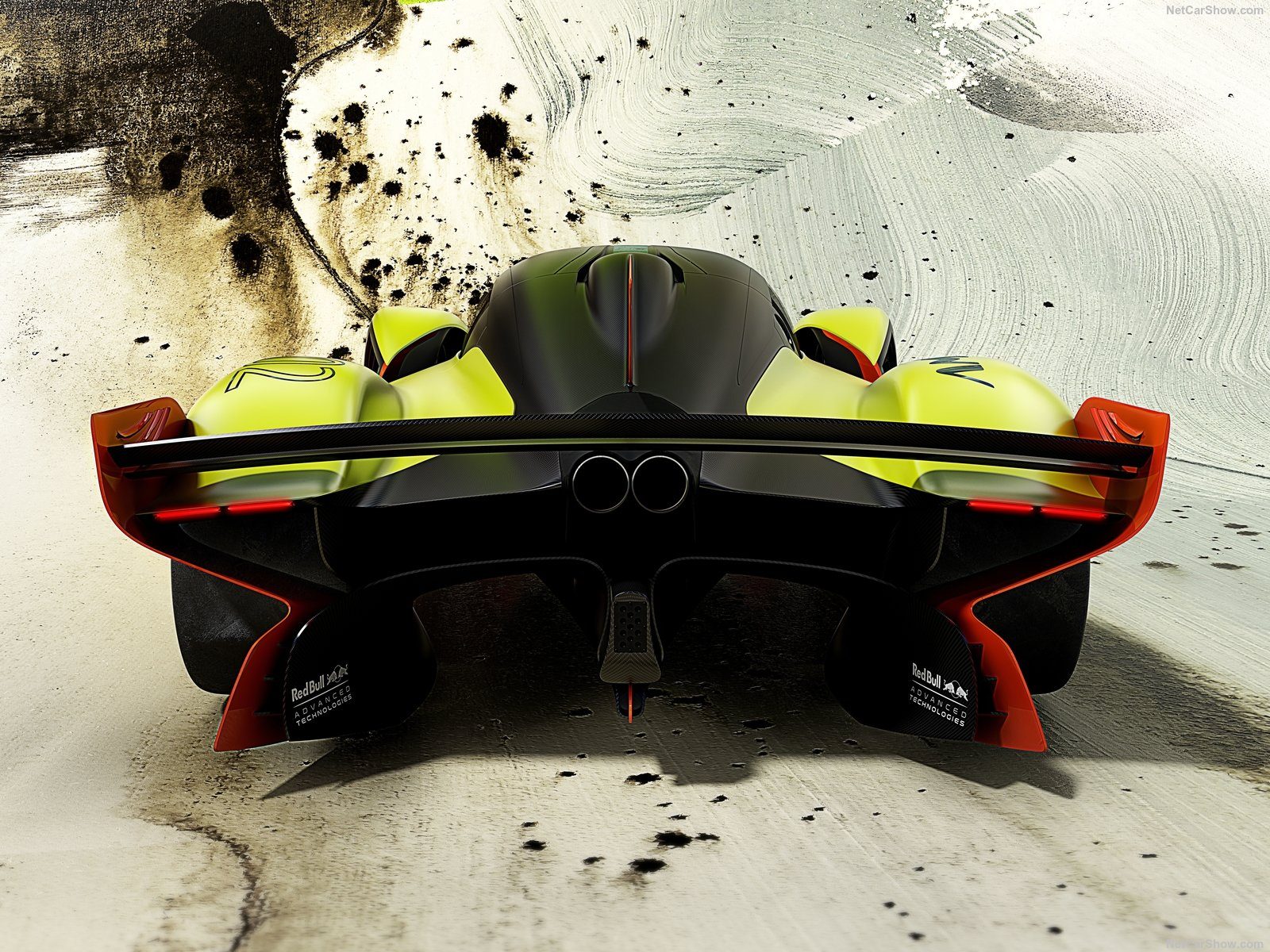 Full technical details of the Valkyrie AMR Pro will be revealed in due course, but those headline figures that can be disclosed provide a remarkable statement of intent. Key to the car's unprecedented track performance are its lightweight construction and high-downforce aerodynamics - a combination that will result in a car that weighs 1000kg, yet is capable of generating more than its own weight in downforce. 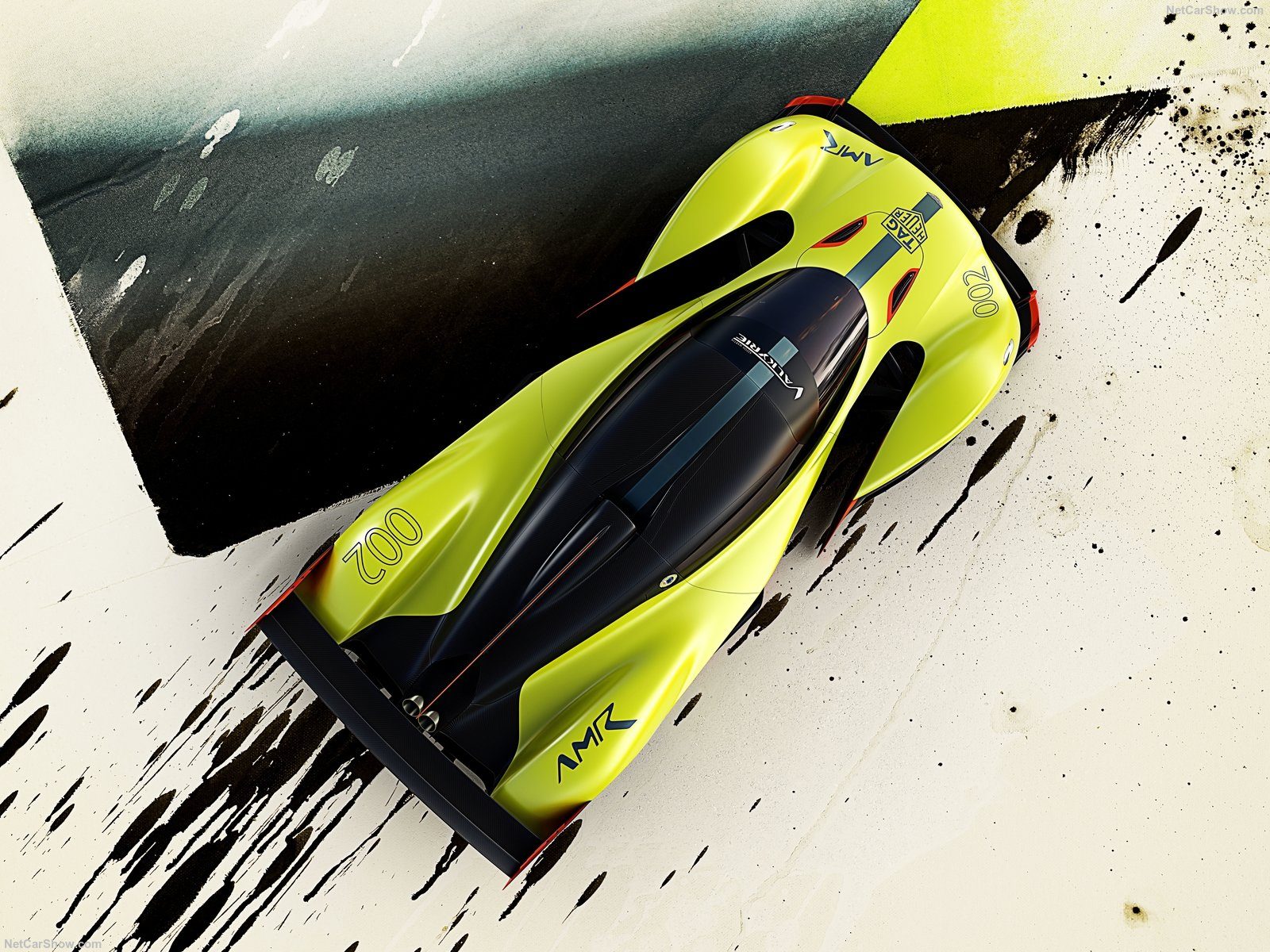 To achieve this remarkable figure all the Aston Martin Valkyrie AMR Pro's aerodynamic surfaces have been revised in the pursuit of significantly increased downforce. Most obvious changes are wider bodywork and much larger front and rear wing elements, which together with revised active aerodynamic control strategies tailored for the demands of track driving. In order to save weight this bodywork uses a lighter construction of carbon fibre. Likewise the removal of items such as the heater/de-mister blower and infotainment screens fitted to the road car, and through the fitment of new ultra-lightweight track-specific components such as a polycarbonate windscreen (with heater elements) and side windows, carbon fibre suspension wishbones, moulded race seats and a lighter exhaust system ensure the AMR Pro hits its 1000kg weight target. 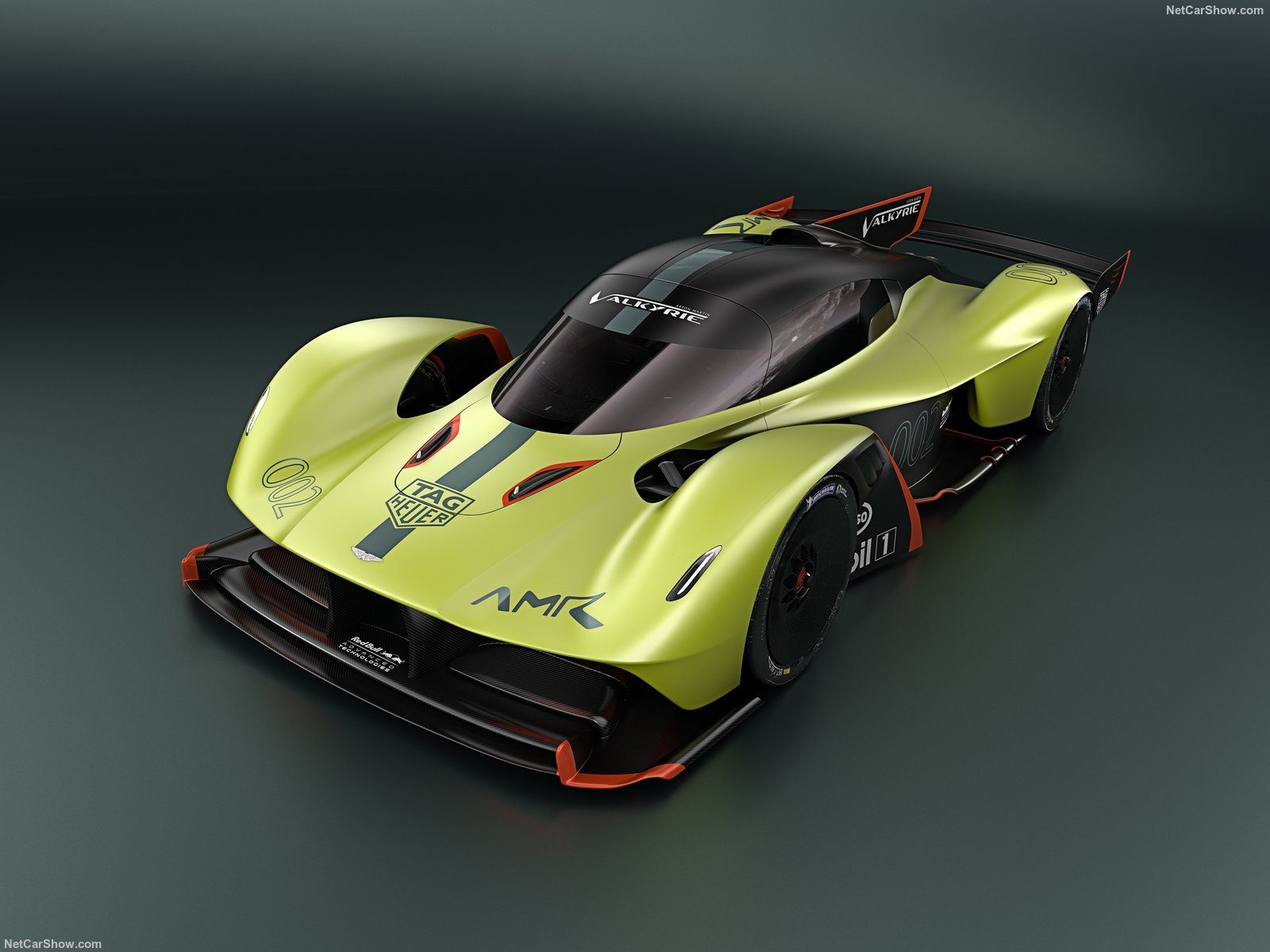 Calibration changes to the 6.5-litre naturally-aspirated V12 engine's emission control systems and re-programming of the Energy Recovery System control software will result in a combined power output of more than 1100bhp - more than the Valkyrie road car and a figure than comfortably exceeds the magic 1:1 power-to-weight ratio. That's to say more than 1bhp to propel every kilogram of mass. 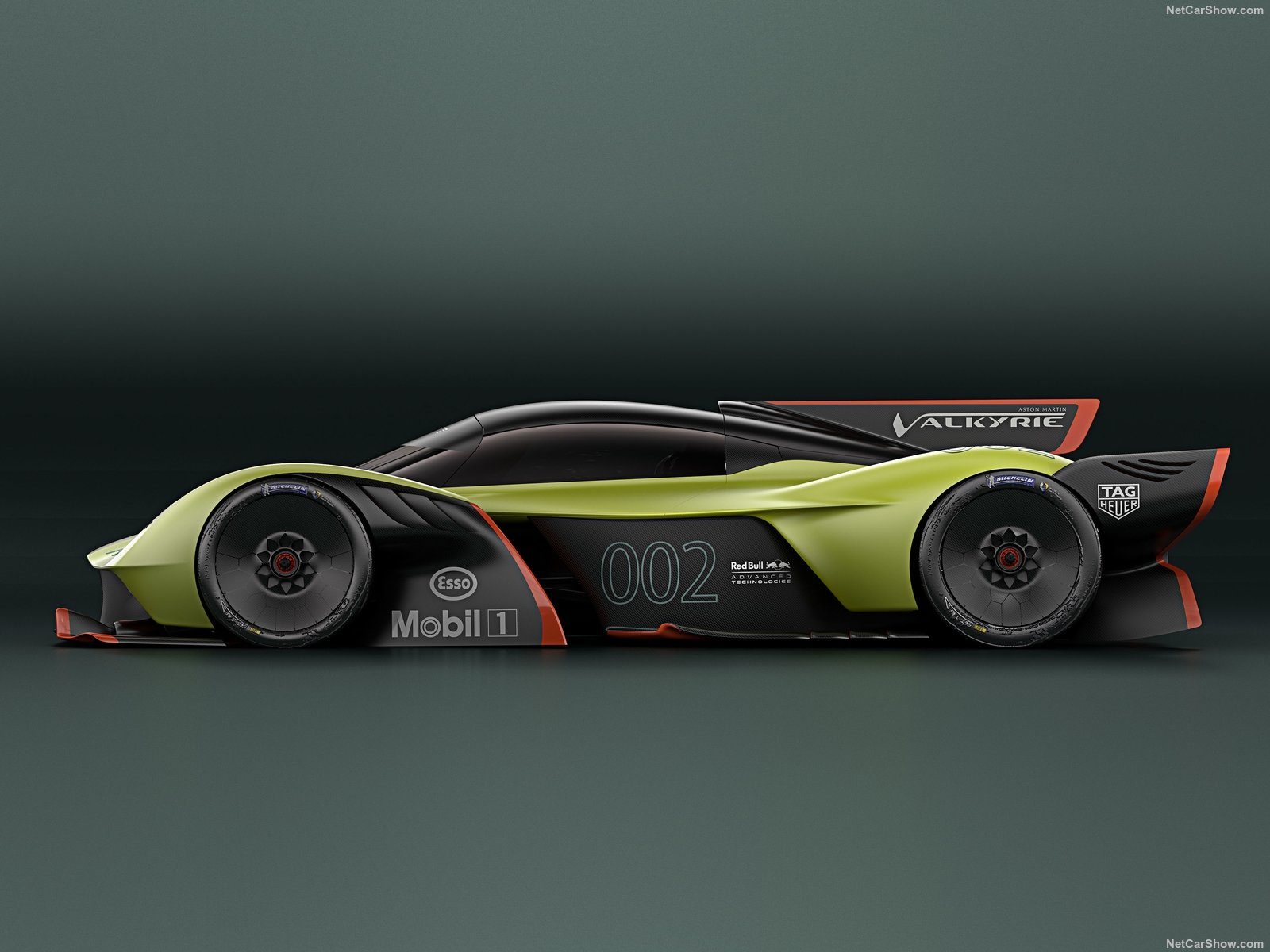 The single-minded pursuit of top speed has never been part of the Valkyrie ethos, yet even in high-downforce track configuration the AMR Pro is still capable of hitting 225mph. Of far greater benefit to lap time is the track-only Valkyrie's ability to achieve lateral acceleration in excess of 3G - a figure far beyond that of any other car derived from a fully homologated road car. 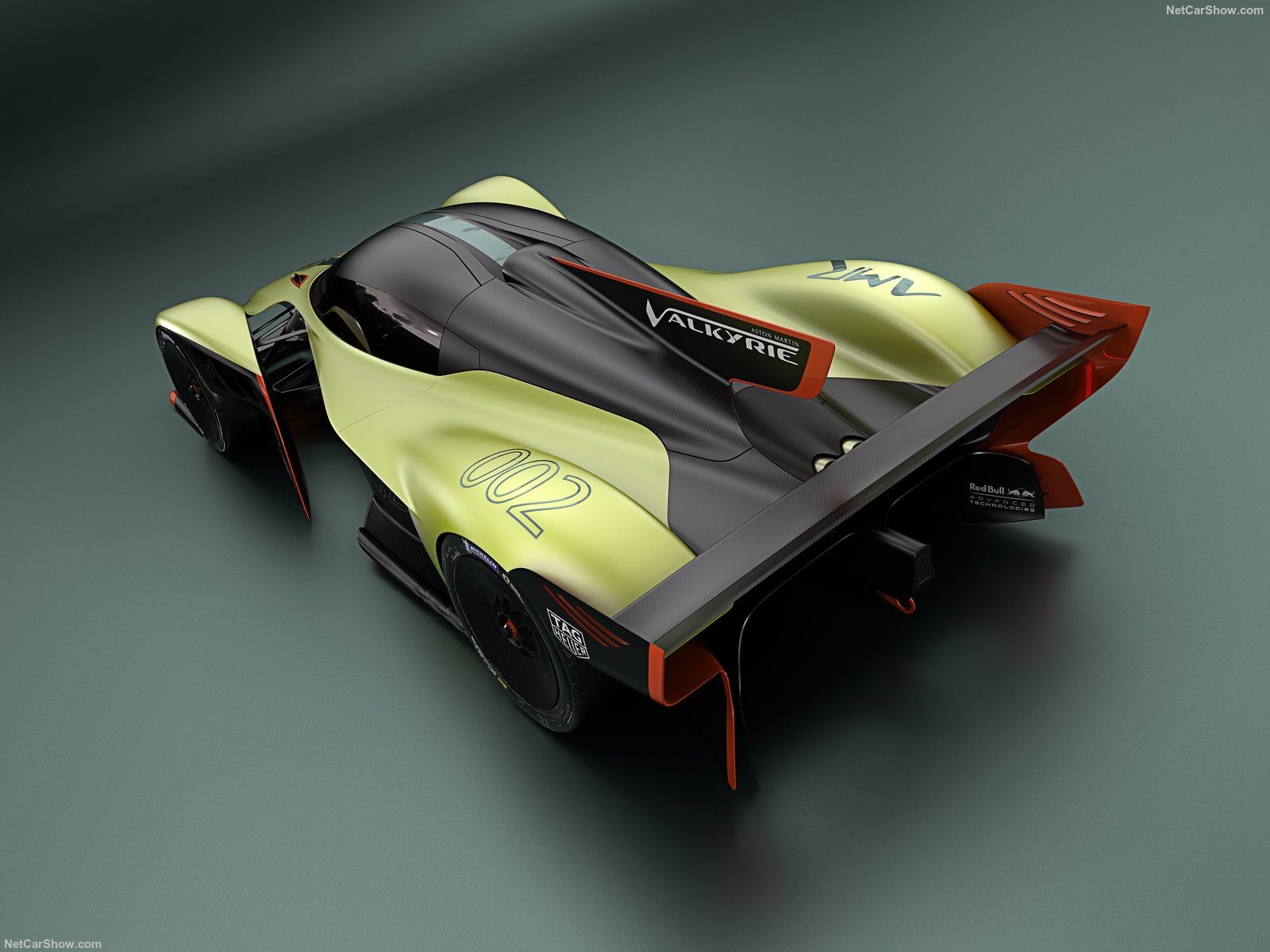 Red Bull Racing's Chief Technical Officer, Adrian Newey said: "Seeing the Valkyrie AMR Pro and this year's Aston Martin Red Bull Racing F1TM show car together at Geneva is a special moment for me. The Aston Martin Valkyrie road car draws extensively from the knowledge I have gained during my career in Formula One, but the AMR Pro version has allowed me to work beyond the constraints of road legality, or indeed practicality! We've told a few of its secrets, but by no means all. I will leave it to the public to ponder the lap time predictions. Suffice to say they're quite impressive." 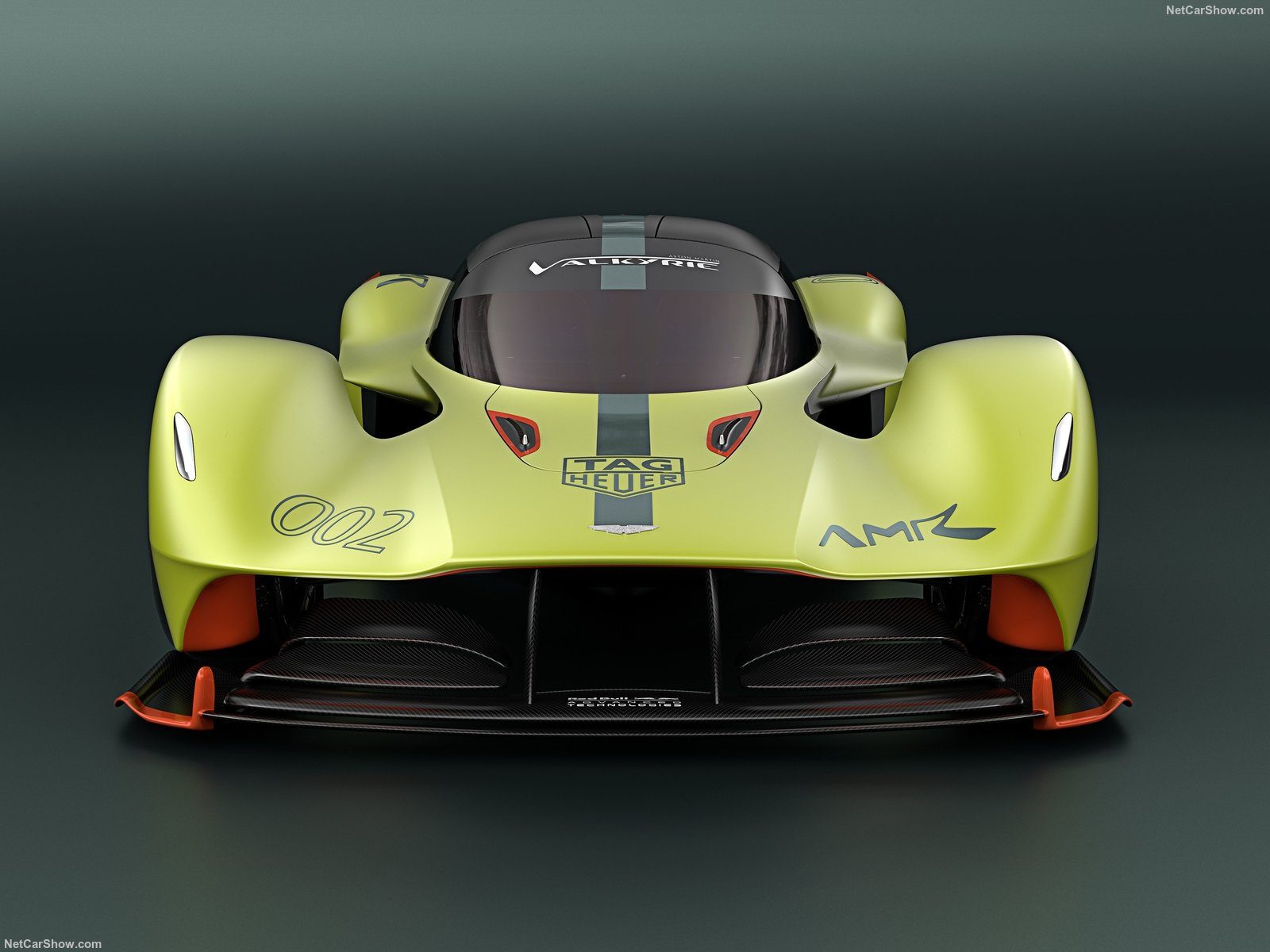 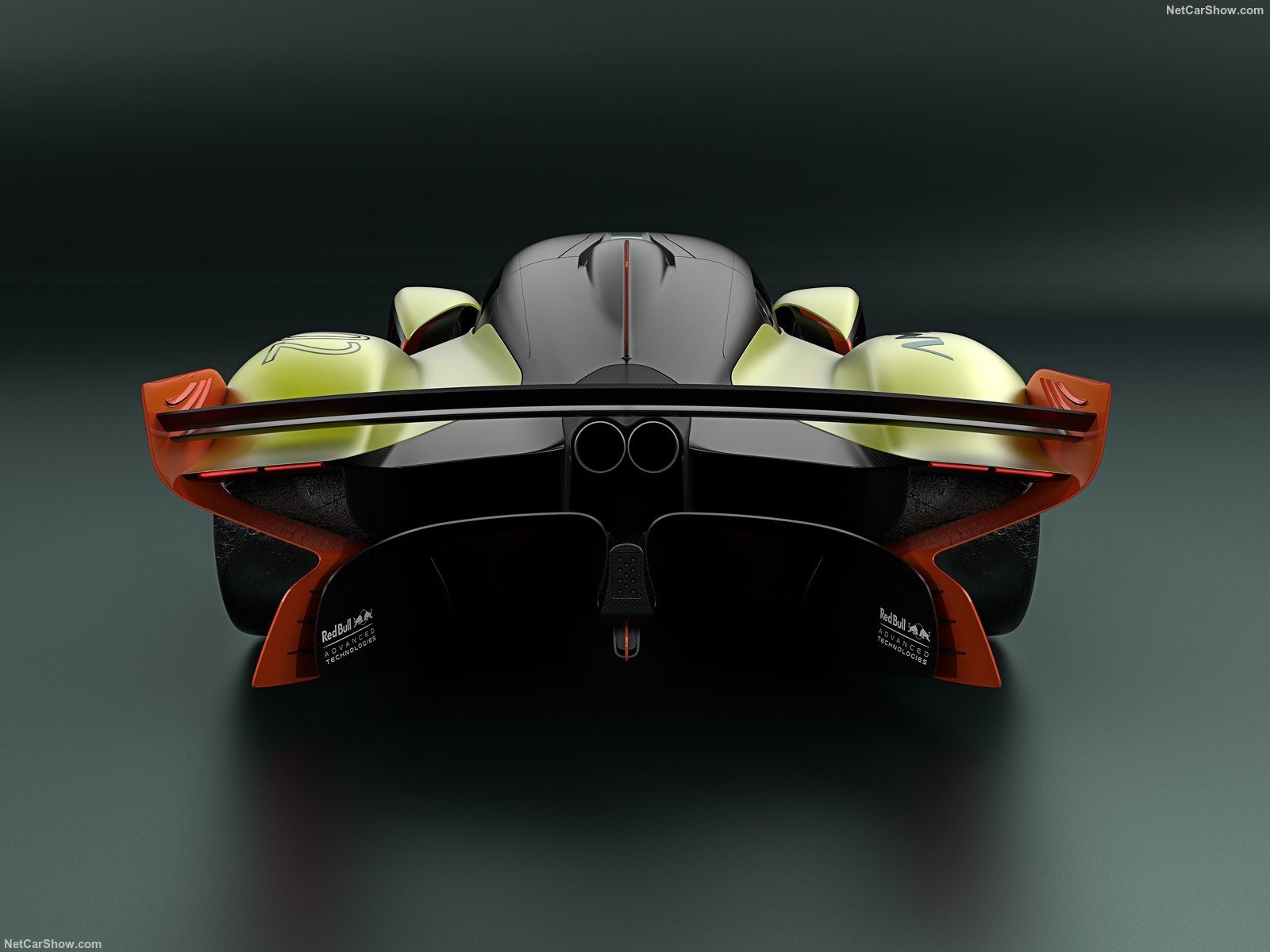 Speaking at the debut event, Christian Horner, Team Principal of Aston Martin Red Bull Racing said: "It is hugely rewarding to see the Valkyrie AMR Pro unveiled here in Geneva, another evolutionary step in the relationship between Red Bull Racing and Aston Martin. We set out together with an ambitious and pioneering road map to create something extraordinary in partnership, and the Valkyrie AMR Pro is yet another turn of that wheel." 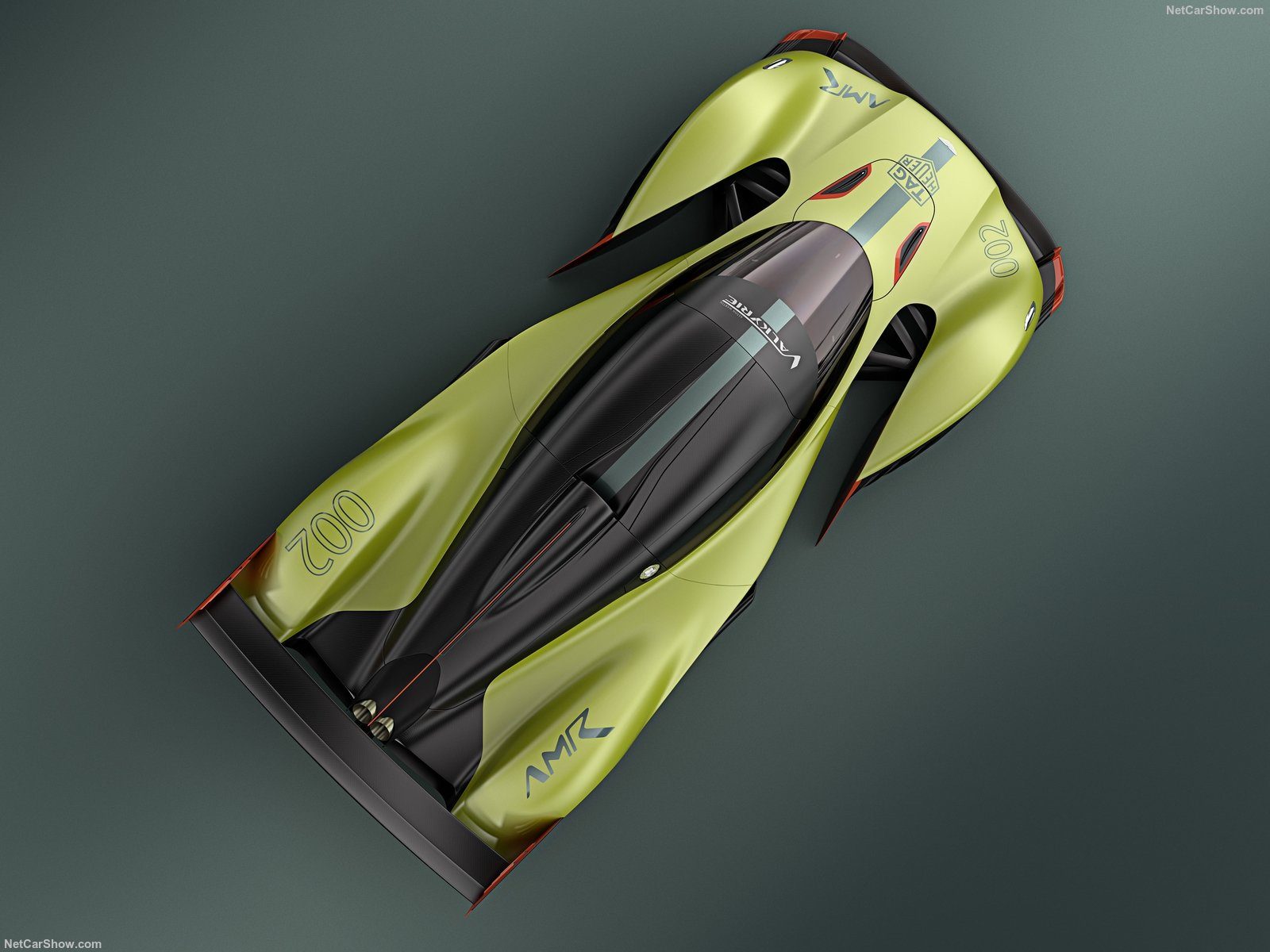 Just 25 Aston Martin Valkyrie AMR Pros will be built. Deliveries are expected to commence in 2020. All cars are sold.