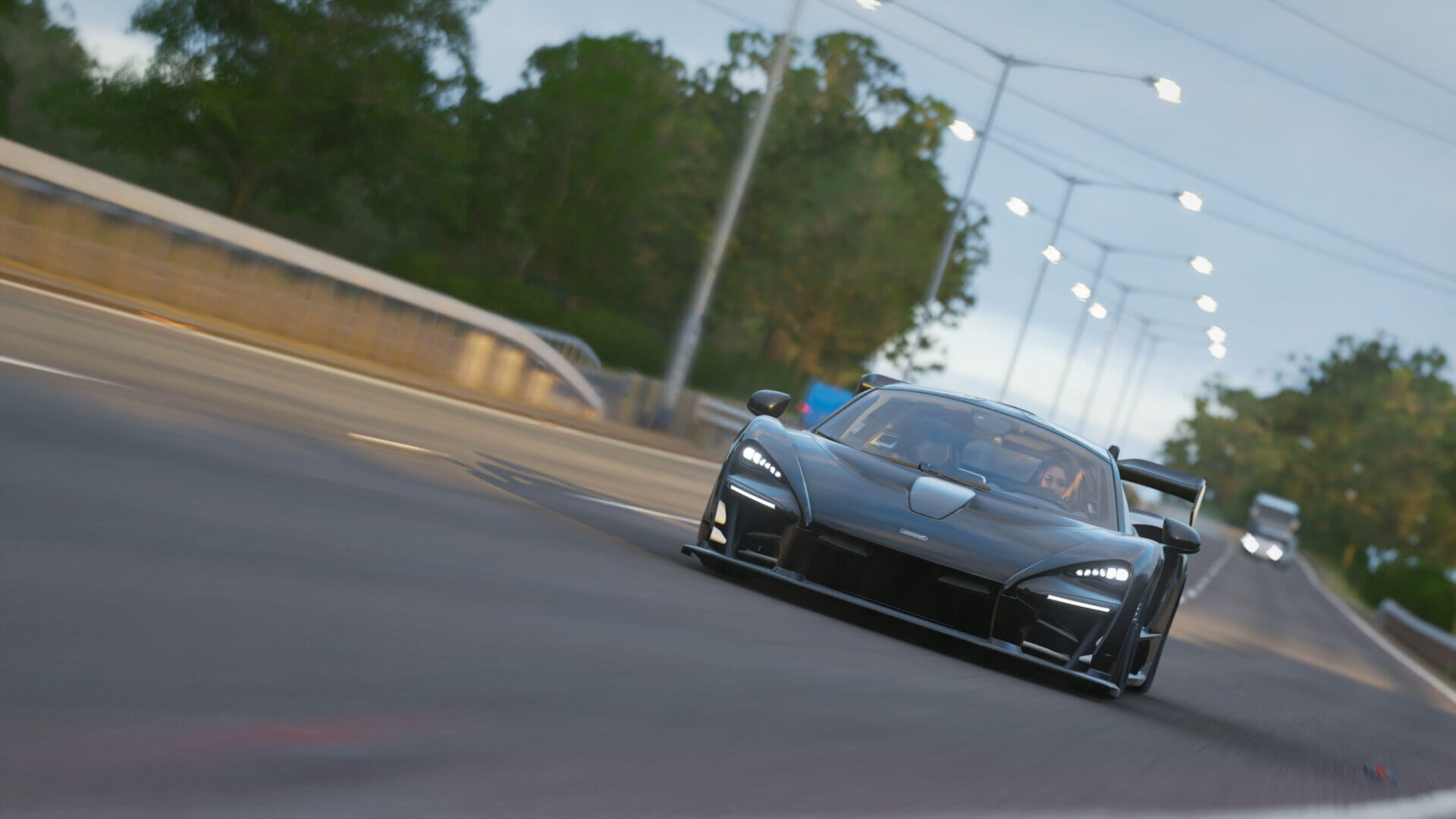 Earlier this summer we reported on how Forza Horizon 4 will take advantage of the Xbox Series X, when the console launches in just over six weeks. FH4 will use the XSX’s capabilities to benefit from faster load times and higher visual fidelity with longer draw distances — all at native 4K resolution and 60 frames per second, rather than the either/or on the Xbox One X.

While that’s good enough for most gamers, there’s some who want to push that a little further. Luckily for them, Nvidia has recently launched its Ampere-based GeForce RTX 3000-series GPUs. At the top of the mountain sits the RTX 3090, a monstrous “BFGPU” (Big Ferocious Graphics Processing Unit, honest) with a whopping 24GB of GDDR6X video memory.

The RTX 3090 boasts some 10,496 compute units, with the CUDA architecture for parallel processing. It uses a second generation of Nvidia’s ray-tracing cores to deliver real-time raytracing capabilities. With a boost clock speed of 1,695 MHz, the 3090 has a theoretical peak of 35.58 TFLOPS.

For the sake of comparison, the next-gen Xbox Series X and PlayStation 5 GPUs come in at 12.15 and 10.29 TFLOPS respectively. That gives the 3090 almost triple the raw power of both, though of course that power comes in at triple the price of either: an eye-watering $1,499. Nvidia claims the card is the first 8K capable gaming GPU.

Putting that claim to the test is tech YouTuber Marques Brownlee. One of the games Brownlee uses to show off the GPU’s power is FH4, so let’s take a closer look.

Of course YouTube is not necessarily the greatest medium for showing off 8K, and for the majority of us who don’t have 8K panels it’d be tough to appreciate even if it was. Indeed it’s not even clear if the video has finished rendering the clip in 8K.

However, Brownlee does clearly show the game running at 8K — 7680×4320 — in the settings at the start, and comments on the differences between the non-8K opening movies and the gameplay. For the majority of the demo, FH4 stays locked at 60fps, though there are some dips in performance during some more demanding sequences. In the winter and spring seasons, for example, the frame rate dips to 54 and 42fps, respectively.

Both the PlayStation 5 and the Xbox Series X promise 8K gaming in the future, along with frame rates of up to 120fps. Given the performance deficits to the GeForce RTX 3090, it’s difficult to see how, but with both Gran Turismo Sport and now Forza Horizon 4 shown in 8K, racing game fans have a lot to look forward to.