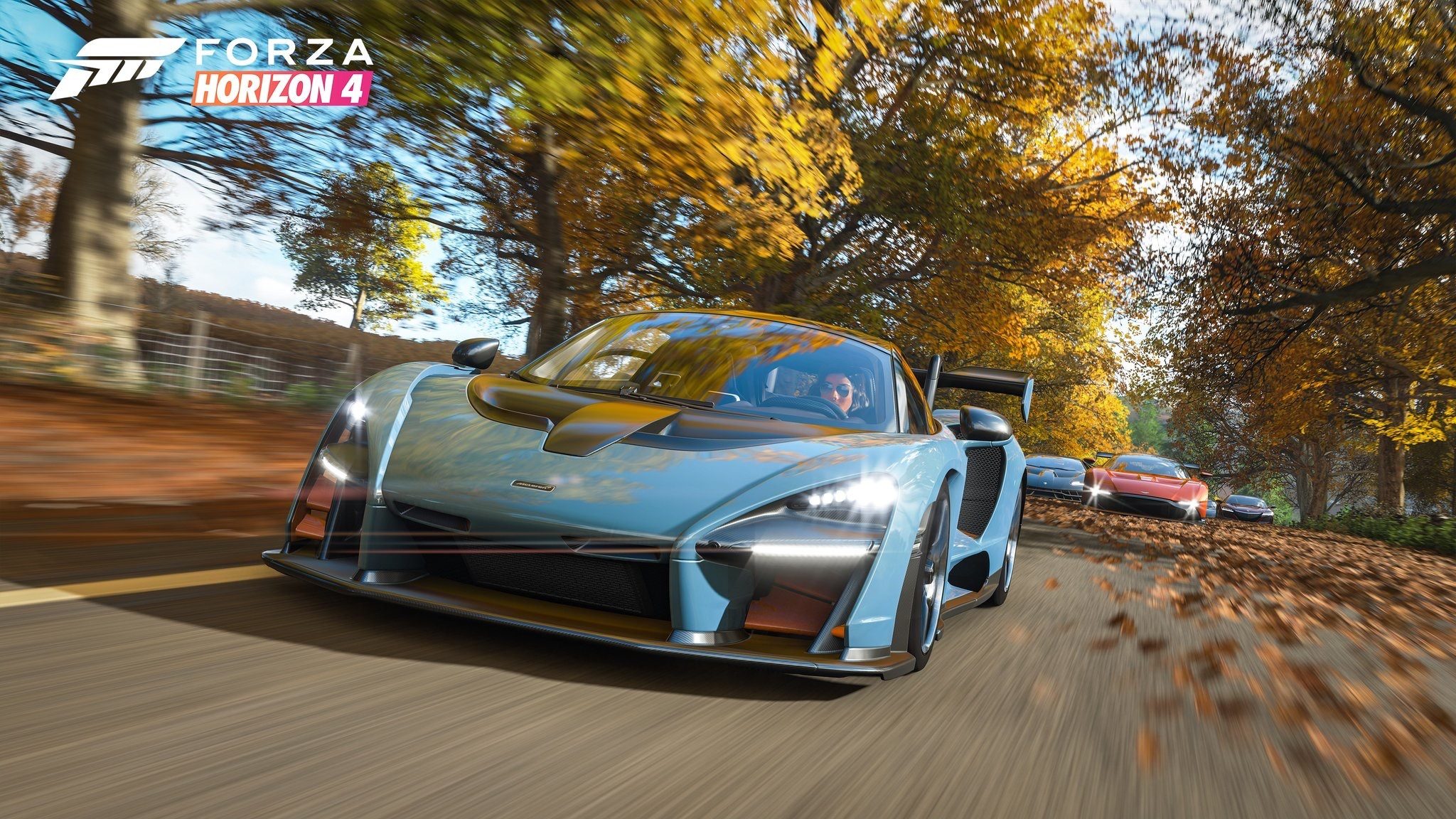 It’s official: Forza Horizon 4 is coming this autumn. Set in the United Kingdom, the new open-world racer will arrive on Xbox One and Windows 10 October 2, 2018.

Playground Games’ Ralph Fulton was on hand in Los Angeles to take the wraps of FH4. Just as the leaks earlier this year suggested, the McLaren Senna is present, getting plenty of screen time. Plenty of its British compatriots are present too, which makes sense given the game’s UK setting. We spotted a Defender, an MG, and even a London Taxi (another leaked vehicle) in the official trailer, available below:

The move to the United Kingdom is paired with a series-first inclusion of dynamic seasons. It almost makes too much sense: the first Horizon brought dynamic time, while the sequel introduced weather. Meanwhile, 2016’s Forza Horizon 3 brought snow in the Blizzard Mountain expansion.

What’s interesting here is that the changing seasons affect the entire map. This was highlighted on stage by a lake: in the summer, it’s inaccessible, but winter time freezes the surface. This opens up entirely different possibilities for players, and could even mean things like Barn Finds are only available at certain parts of the year.

We know the Forza Horizon series tends to feature less cars than its Motorsport siblings. Horizon 4 continues that tradition with a 450+ lineup — less than FM7’s 700 at launch, but more than any other racing game outside of that.

The Senna gets cover star status, sharing it with the trusty Land Rover Defender 90 (a ride that is just heading off into the sunset). The hypercar even gets its North American debut at the show’s Mixer stand.

A Morris Minor, the afore-mentioned taxi, the Aston Vulcan — there’s a lot of local heroes in this first taste of Horizon 4.

That includes plenty of returning faces from earlier titles, too. Austin-Healey’s 3000 and Sprite are back, and the Eagle Speedster from the original Horizon. Look closely and you’ll even spot a Cerbera Speed 12…

The Horizon series has traditionally stuck to a 30fps cap. Its open-world nature meant something had to give, and its more arcade-oriented action made the framerate chop an easier pill to swallow. While PC FH3 players had the option to bump this, console players didn’t.

That’s changed now. Owners of Microsoft’s powerful One X will have the option to move up to the same 60fps rate as the Motorsport series.

As mentioned up top, Forza Horizon 4 launches October 2, 2018 on Xbox One and Windows 10. It will also be available on Xbox Game Pass that same day. There’s a pre-order option that allows early access, however: stay tuned for a more detailed breakdown of the different FH4 versions.