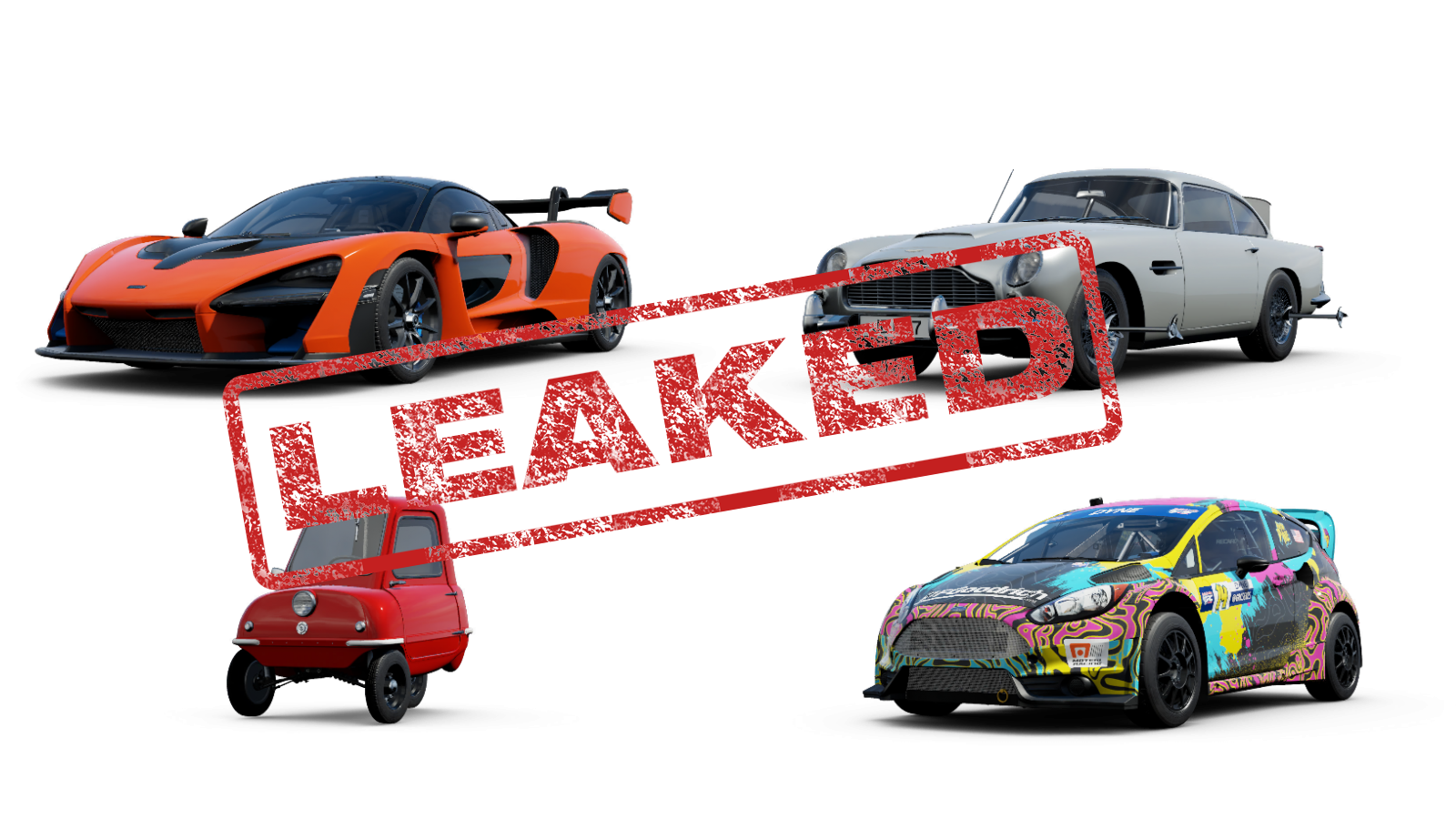 The latest Forza 7 update landed yesterday. While it brought a variety of new cars to the franchise, it’s what Turn 10 has hidden in the files that has us even more excited. As the title implies, there’s a lot of surprises.

Community member TheAdmiester is the man responsible for first finding all the new goodies. So far, the new cars are all present in the form of thumbnails, the same ones players find when browsing their garage in-game. That explains their slightly pixelated looks:

A fair amount of the cars uncovered so far are familiar to the franchise, last seen in the Xbox 360 era. TheAdmiester points out that while that may be the case, leftover 360-era thumbnails are indeed in the files too, and they feature the cars facing the other direction. All of the thumbnails in this article seem to have been made for FM7, then — or, perhaps, the all-but-confirmed Forza Horizon 4.

Before we get to those, let’s focus on the new metal first.

The McLaren Senna would be quite the coup for the folks at Turn 10. If the new hypercar is indeed coming to FM7, it’d be the first game it appears in.

On a similar note, it’d mark the Peel P50’s first real appearance in the gaming world too. Yes, really — amazingly, the World’s Smallest Production Car hasn’t exactly been a mainstay of the sim racing world. At just 54in long and sans a reverse gear, we can’t imagine what an online race with a pack of Peels would be like… but we’d be lying if we said we didn’t want to.

Other new cars fall somewhere in the middle of these two extremes. There’s quite a lot of Fords: the new-face Mustang; the peak ’80s Britishness that is the Escort XR3; and a Fiesta GRC. That last one might be an issue actually: earlier this week, multiple outlets reported on the death of the Global Rallycross series amidst spiralling debts. What this means for the partnership with the Forza franchise is unknown at the time.

There’s also the small matter of a Q-modified DB5, complete with weapons. Forza’s done plenty of movie tie-ins with the Fast & Furious franchise — could Bond be next? A Morris Minor and Austin Taxi round out the new additions for a very UK-centric set of leaks.

Despite featuring over 750 cars, Forza 7 is still missing quite a few from the last generation. This leak features eight of them, from a pre-war Bentley behemoth to a modern recreation of Jaguar’s iconic E-Type:

The Bentley is noteworthy for the simple fact it’s never been drivable before. Its one and only appearance was in 2011’s Forza Motorsport 4, where it appeared as one of the handful of Autovista models.

Like any leaks — including previous Forza ones — we suggest taking an appropriate level of salt with the news. None of these cars may appear in Forza Motorsport 7, for any number of reasons. Nonetheless, with the Car Pass ending with yesterday’s K1 Speed pack, this should definitely spur speculation on what’s next for the Forza franchise.

Huge thanks to TheAdmiester for bringing this to us first!

Andrew Evans · Apr 20, 2018· 8 Comments
Microsoft and Special Olympics are once again partnering on a gaming event for athletes involved in the disability sporting movement, and Forza Motorsport 7 will form part of the program.

Andrew Evans · Apr 20, 2018· 7 Comments
Forza Motorsport 7 will shortly be no more, as Microsoft moves the game into end of life status this September.

Michael Leary · Apr 20, 2018· Comments
The Xbox Game Pass subscription service continues to grow, and next month sees the addition of a fan favorite. With DiRT Rally 2.0 leaving the service on October 1, it begs the question: what’s going to take its place for sim racers? Now there’s an answer, Forza Motorsport 7.

Gary Slater · Apr 20, 2018· Comments
Fans of the Forza series who spend time creating their perfect liveries have a good reason to show them off to the world once more. Following an absence of almost a year, Turn 10 has announced that the official livery contests will return.

Gary Slater · Apr 20, 2018· Comments
The potential for virtual racing esports to feature in marquee sporting celebrations is something that has been the subject of substantial attention in recent years. It’s a subject that the International Olympic Committee has discussed, and Japan’s National Sporting Festival now includes Gran Turismo Sport as one of its events annually.

Kyle Patrick · Apr 20, 2018· Comments
On its latest episode of Forza Monthly, Turn 10 officially revealed all the details for the fourth season of the Forza Racing Championship.

Kyle Patrick · Apr 20, 2018
Turn 10 has released the latest — and final — update for Forza Motorsport 7. Weighing in at 570MB, it introduces another free Porsche, updates to the Forza Race Regulations system, and more.

Michael Leary · Apr 20, 2018· Comments
The next Forza Monthly live stream is near, and it looks like an interesting one. As you can see in the image above, the car being showcased is none other than the Porsche 718 Cayman GT4 Clubsport. Going by past events, this suggests the GT4 racer is on its way to the game very soon.

Kyle Patrick · Apr 20, 2018· Comments
A designer from Turn 10 has revealed a variety of cars from Forza Motorsport 7. The catch? We’ve never seen them in the game, nor Forza Horizon 4, at least not yet.