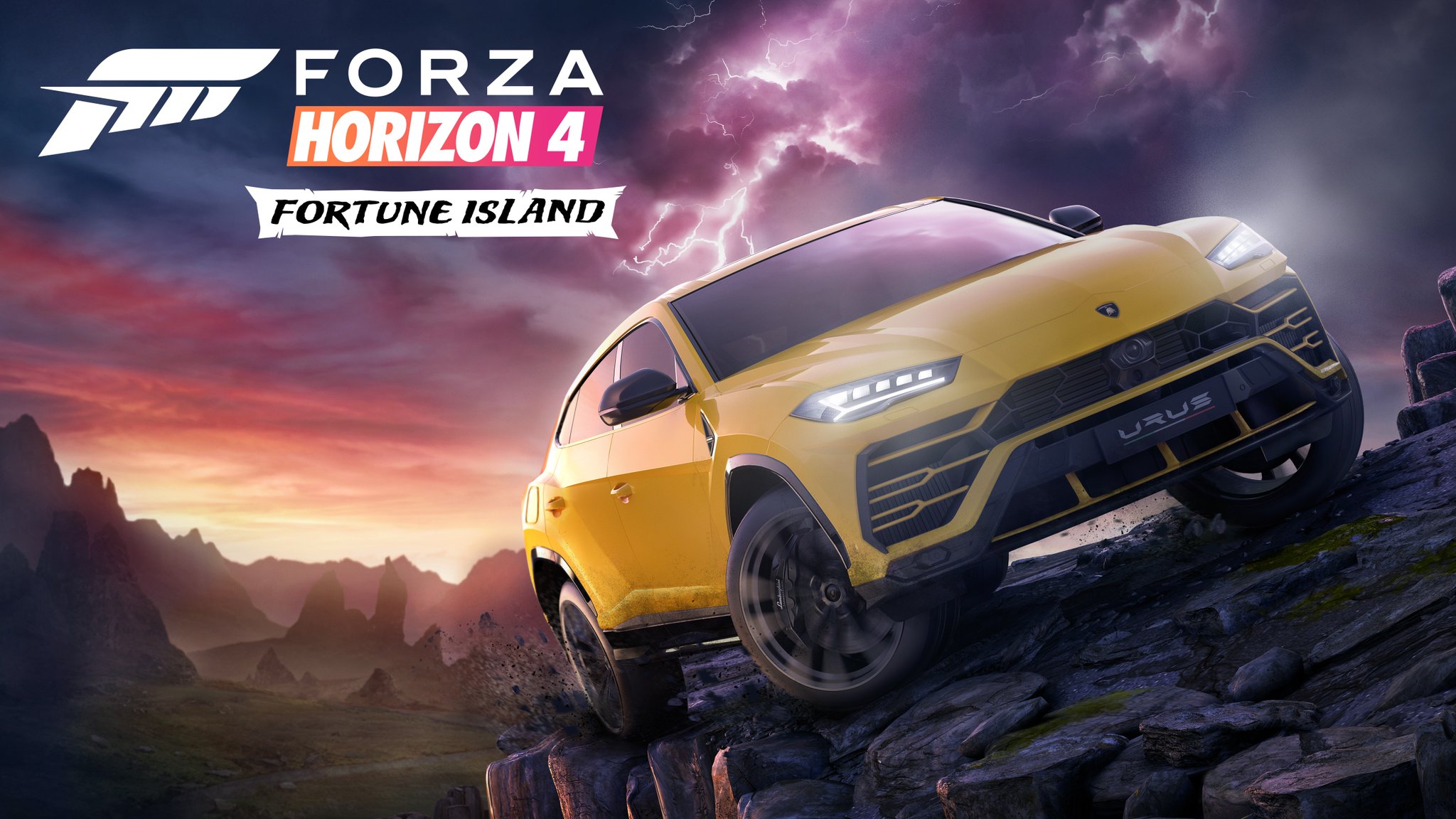 The Horizon Festival is about to expand in a major way next month. At Microsoft’s X018 Conference, Playground Games announced the first expansion for Forza Horzion 4.

Dubbed Fortune Island, the expansion is the largest the team has ever made. According to PG chief game designer Ben Thaker-Fell, players will “hunt for hidden treasure and explore the most extreme terrain ever seen in a Horizon game.” The expansion is set to feature a radical change from the base game, including ravines, clifftop roads, and paved mountain switchbacks.

The latter is noteworthy as being the longest section of road the team have ever built. Moreover, Ben exclaims the switchbacks are perfect for drifting. Consider this incentive to pick up the Formula Drift Car Pack if you haven’t done so already — it may come in handy.

Extreme terrain isn’t the only thing Fortune Island brings to the table. For the first time in the series, players will experience lightning storms and the aurora borealis. The former will even topple trees. Both will make for stunning visual additions to photos — we’ve already got a few ideas in mind and the expansion hasn’t even released yet!

Beyond that, details are sparse on what else the expansion will include. The teaser trailer confirms at least one new car, the Lamborghini Urus. It’s worth pointing out this is the production version of the Italian brand’s SUV powered by a twin-turbo V8. The concept has been in the series for years, so we’ll chalk that up as a very welcome update.

Stay tuned for more on Fortune Island as it develops.