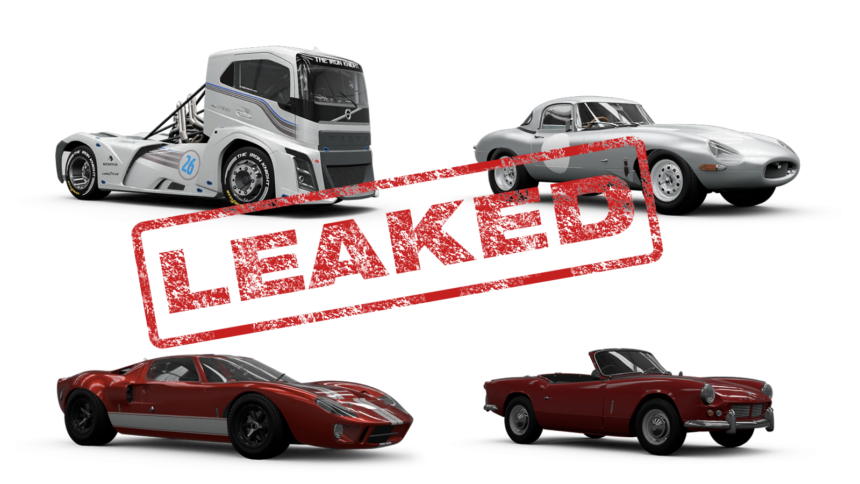 The countdown to Forza Horizon 4 is well underway, but that hasn’t stopped the community from uncovering hidden surprises before launch.

Previously we reported on the partial car list and barn finds being leaked out. Now GTPlanet member TheAdmiester has uncovered several thumbnails of potential upcoming cars. Whilst these may or may not be confirmed for the game at launch, it gives us another glimpse into the what the car list is shaping up to be.

Amongst the variety of the cars included are the Volvo “Iron Knight” truck, Mercedes Unimog and Peel P50.

The Iron Knight holds the world record for the fastest big rig ever made, able to cover a standing 500m and 1km sprint in 13.71 and 21.29 seconds respectively. Packing a masssive 2,400 horsepower, the Iron Knight is capable of more than 170mph flat out. How it’ll cope on the British roads of FH4, is anyone’s guess.

By contrast, the P50 will be the definitive smallest car in the game. This tiny runaround was first uncovered in the Forza Motorsport 7 files and will make it’s official video game debut in FH4. Unlike the Iron Knight, players will be travelling across the map a more leisurely pace.

For players who want to venture off the beaten track, the Mercedes Unimog will be high on the list. Merecedes’ purpose-built utility truck will likely be the ultimate go-anywhere off-roader for those wanting to explore the UK countryside.

The leaked thumbnails also uncovered a wide selection of cars from across the years. Legendary hot hatches such as the Ford Escort RS and Mk1 Golf GTI will join racers such as the Jaguar E-Type Low Drag and the Ford GT40 Road Car.

For those looking to enjoy classic British open top motoring, the Triumph Spitfire and Bentley Blower will provide ample enjoyment to players.

Modern machinery hasn’t been forgotten, as the 2017 Ford Fiesta WRC has also been uncovered. The dirt roads of the map will help to provide players with prime rally stage material.

Many of these cars match up with the file names that were included in the previous leaks, but we advise taking this news with caution. Until Playground Games confirms the full car list, this leak won’t stop speculation over what other surprises lie in wait.

Thanks to TheAdmiester for the tip!