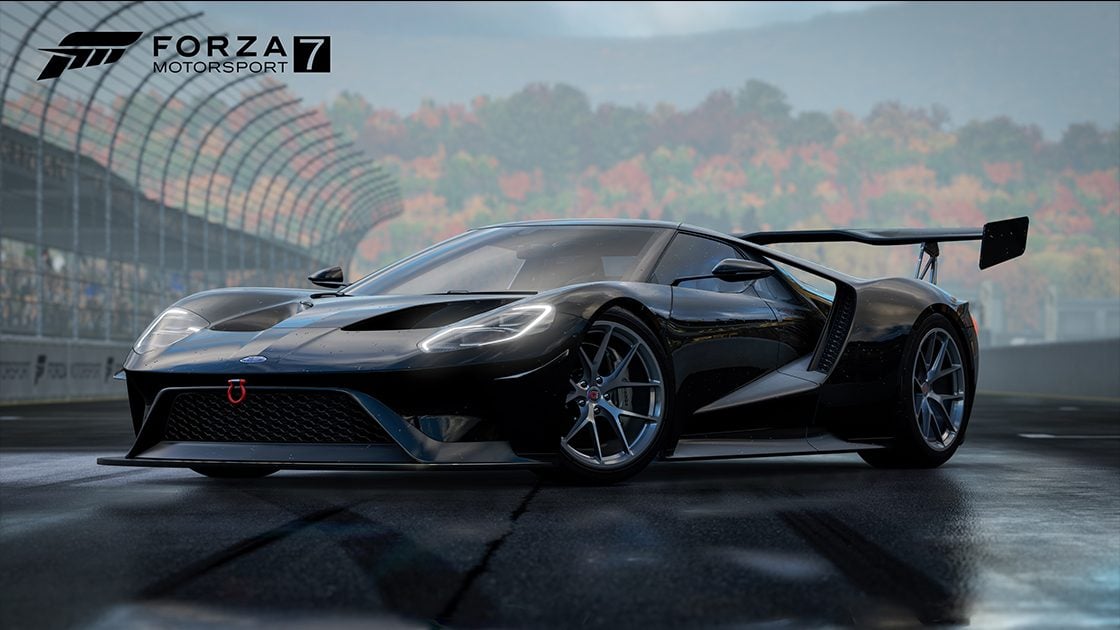 While Gamescom has kicked off, Turn 10 has continued its weekly tradition of car reveals for Forza Motorsport 7. It’s safe to say this week’s is a little different, however.

This being the sixth week, the company pulled the sheet back on… six cars. Yes, that’s quite the change of pace after last week boasted 145 road-going cars. Even stranger, discerning players will recognize this half-dozen as the Horizon Edition models that populate Forza Horizon 3. Renamed “Forza Edition” here, these cars offered special in-game perks in the open-world title. The full lineup is below:

Controversially, Turn 10 has confirmed all but the Ford GT as the cars included in the VIP pack. Typically, Forza VIP packs include unique models, while pre-order car packs include T10-modified existing cars. It isn’t completely clear in the announcement, but it sounds as if all Forza players will be able to win these cars over the course of the game.

With a redesigned Career Mode set to be a main feature in FM7, the built-in perks of these vehicles should prove useful. Nonetheless, this is another week with no real new metal on display. To date, the only genuinely new-to-franchise vehicles are the unexpected 1950 Alfa Romeo 158, 2017-spec Porsche 919, and cover star 911 GT2 RS.

There’s one more car reveal week left. With most of the racing cars still missing from our Always Up-To-Date FM7 car list, we expect the final installment to cover the track stars. Hopefully, there are some genuine surprises in store for us next Tuesday — which will be precisely one month before early access for FM7 kicks off on September 29.

Andrew Evans · Aug 22, 2017· 8 Comments
Microsoft and Special Olympics are once again partnering on a gaming event for athletes involved in the disability sporting movement, and Forza Motorsport 7 will form part of the program.

Andrew Evans · Aug 22, 2017· 7 Comments
Forza Motorsport 7 will shortly be no more, as Microsoft moves the game into end of life status this September.

Michael Leary · Aug 22, 2017· Comments
The Xbox Game Pass subscription service continues to grow, and next month sees the addition of a fan favorite. With DiRT Rally 2.0 leaving the service on October 1, it begs the question: what’s going to take its place for sim racers? Now there’s an answer, Forza Motorsport 7.

Gary Slater · Aug 22, 2017· Comments
Fans of the Forza series who spend time creating their perfect liveries have a good reason to show them off to the world once more. Following an absence of almost a year, Turn 10 has announced that the official livery contests will return.

Gary Slater · Aug 22, 2017· Comments
The potential for virtual racing esports to feature in marquee sporting celebrations is something that has been the subject of substantial attention in recent years. It’s a subject that the International Olympic Committee has discussed, and Japan’s National Sporting Festival now includes Gran Turismo Sport as one of its events annually.

Kyle Patrick · Aug 22, 2017· Comments
On its latest episode of Forza Monthly, Turn 10 officially revealed all the details for the fourth season of the Forza Racing Championship.

Kyle Patrick · Aug 22, 2017
Turn 10 has released the latest — and final — update for Forza Motorsport 7. Weighing in at 570MB, it introduces another free Porsche, updates to the Forza Race Regulations system, and more.

Michael Leary · Aug 22, 2017· Comments
The next Forza Monthly live stream is near, and it looks like an interesting one. As you can see in the image above, the car being showcased is none other than the Porsche 718 Cayman GT4 Clubsport. Going by past events, this suggests the GT4 racer is on its way to the game very soon.

Kyle Patrick · Aug 22, 2017· Comments
A designer from Turn 10 has revealed a variety of cars from Forza Motorsport 7. The catch? We’ve never seen them in the game, nor Forza Horizon 4, at least not yet.