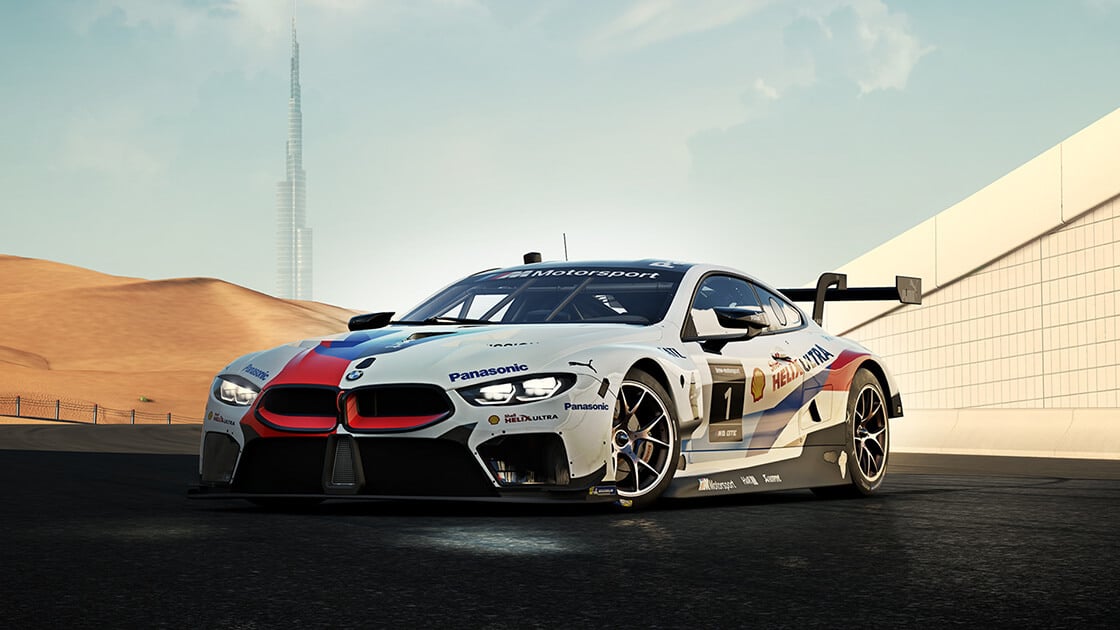 Turn 10 Studio has unveiled the latest free car heading to Forza Motorsport 7. This month will see the brand new 2018 BMW M8 GTE make its debut in a Forza game.

The M8 GTE continues T10’s tradition of a new spotlight car for each monthly update. The new M8 will arrive alongside the December content update.

The big BMW marked the Bavarian brand’s return to the famous 24 Hours of Le Mans after a seven year absence. 2018 was the first year of competition for the M8, which has seen active service in both the World Endurance Championship and IMSA WeatherTech Sportscar Championship.

Powered by a 4.0-liter turbocharged V8, the M8 won two IMSA races in the highly competitive GTLM class. The M8 also provides a glimpse as to what the production BMW M8 road car will look like.

With the M8’s rivals also in-game, players will have the opportunity to recreate thrilling IMSA races, or make their own battles.

The M8 GTE arrives in-game tomorrow, December 4, and will be free for all FM7 players. It will arrive along with the December update, bring further improvements to the game.

We’ll have more details tomorrow when the update goes live. Be sure to stay tuned to our dedicated FM7 forums for all the latest news.