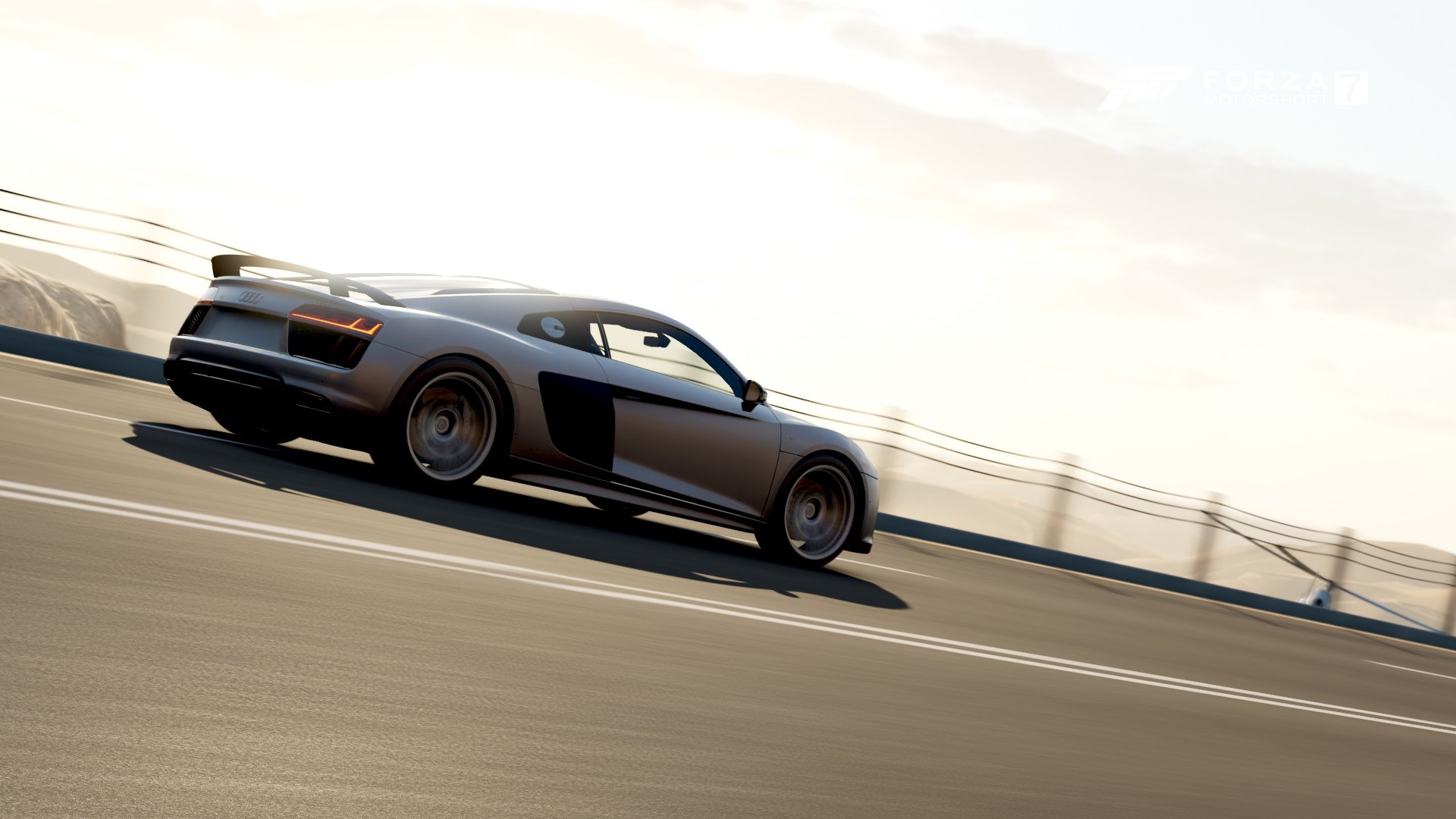 Yesterday we brought you the news of the first monthly car pack for Forza Motorsport 7. What we didn’t cover in that article is the accompanying patch for the game, which comprehensively updates numerous aspects of the game.

The headline news is that the Xbox One X version of the game is now available. It’s pretty substantial — the 4K assets are another +20GB download on top of this patch’s 4.8GB — but players can download it now in preparation for the system’s release on Tuesday. If you’re playing FM7 on an external hard drive, you’ll be able to simply plug it into the new system and continue your progress.

We’ve had a brief bit of time with the X and FM7 so far; you can check out or system unboxing here. Early impressions are good, specifically in terms of improved load times. We’ll have a full breakdown of the differences between the X and the vanilla One soon.

In addition to the X-ready assets, Turn 10 has opened up more social aspects of FM7.

Over in the multiplayer ring, the full lineup of playground-style games has returned. That means Tag, Virus, and Keep/Pass the It challenges for those looking for something outside of traditional racing. Drag racing has also returned,

Lastly, Forzathon will be making its way over to FM7 after a successful introduction in FH3. The first set of challenges is earmarked for next week, and will provide players with a chance to win both the Mustang Boss 302 Forza Edition and ’90s-era Nissan Nismo GT-R LM road car.

There’s a lengthy set of patch notes to go along with this update. It covers a lot of bases, from general game fixes, PC-specific updates, and detail improvements for cars.

The 2017 Nissan GT-R, for example, had problems with its brake lights not illuminated. That’s just one of the many fixes community manager Brian Ekberg listed yesterday. Turn 10 has also addressed camera and sound issues for select models. There’s even been improvements to the two-player split-screen mode.

To avoid bogging down the article, we’ve linked the full patch notes here.

Find something not mentioned in the list? Make sure to post any undocumented changes in the GTPlanet FM7 forum section.