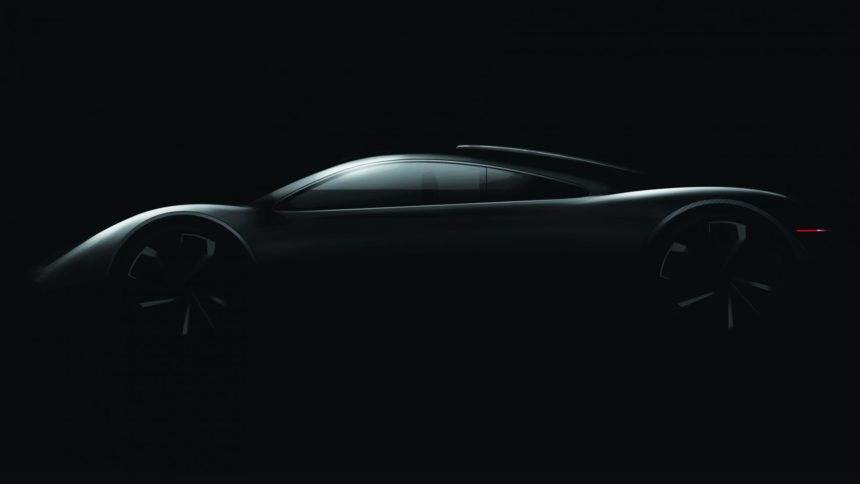 Every so often, a startup comes along and declares it’s cracked some challenge of modern car design. Everyone makes a big fuss, and then a couple of years later you wonder where they’ve gone, only to find out they quietly went belly up.

When legendary designer Gordon Murray says he’s figured something out, the world tends to take it a little more seriously.

The latest effort from the man who brought the world the McLaren F1 is the iStream Superlight. At the moment it’s not strictly a car, rather it’s a chassis technology Murray builds from tubular aluminum and recycled carbon fiber panels.

So far, so familiar. However the iStream Superlight concept fuses these two components in such a way as to create a frame that Murray’s firm says is simultaneously lighter, stiffer, and less expensive to produce than conventional platforms. In fact, the company is touting a 50 percent weight saving over a standard stamped steel body. 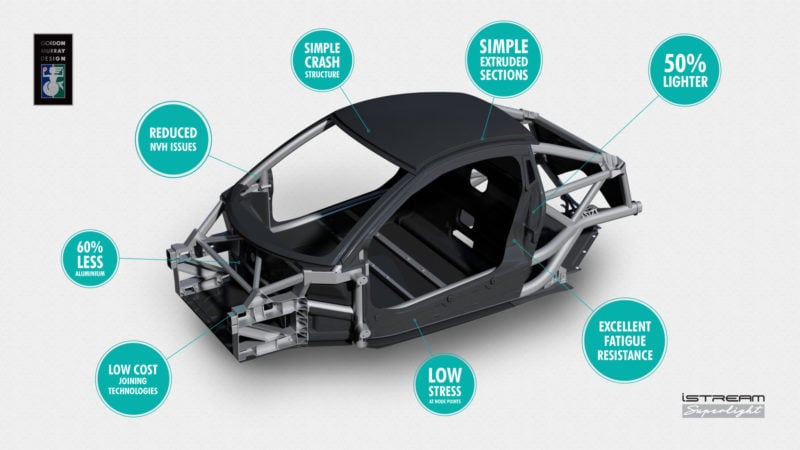 Murray plans to use the iStream Superlight chassis to create that most impossible of cars: a cheap, low-power sports car that can dethrone the Mazda Miata.

This mid-engined T.43 will act as a proof-of-concept for the Superlight approach. A turbocharged 1.5-liter three-cylinder mill will produce 220hp — far more than you get from Mazda’s convertible or the Toyobaru twins.

In addition to the power advantage, the T.43 will make the others look fat. That chassis will give the car an astoundingly low curb weight of around 1900lb. That’s roughly 400lb less than a Miata, and close to 1,000lb less than an 86 or BRZ. 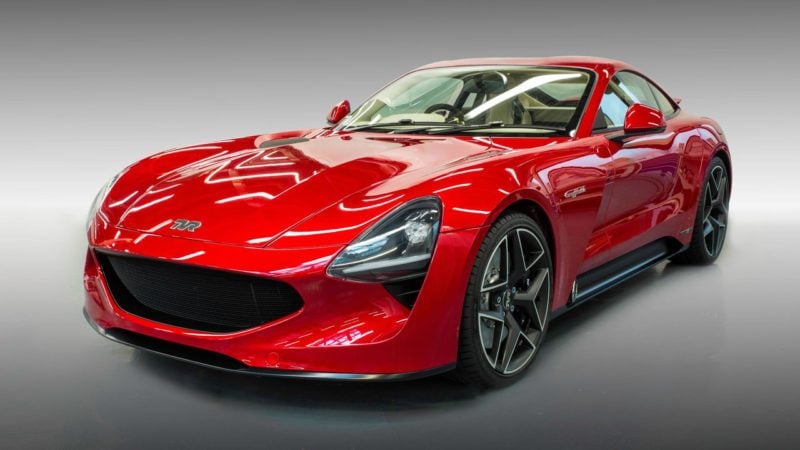 Interestingly, GMD’s press release says it has designed the T.43 for license or sale. That means it could very well resurface as a product with another brand’s badge on it.

While the T.43 likely won’t challenge for an overall victory at Le Mans, it figures to be a cheap, feasible sports car. Murray does have some form on this front too, as with 1993’s LCC Rocket.

TVR Griffith
12 Comments Discuss this post in our forums...
Can You Beat the Impossible Gran Turismo Quiz?