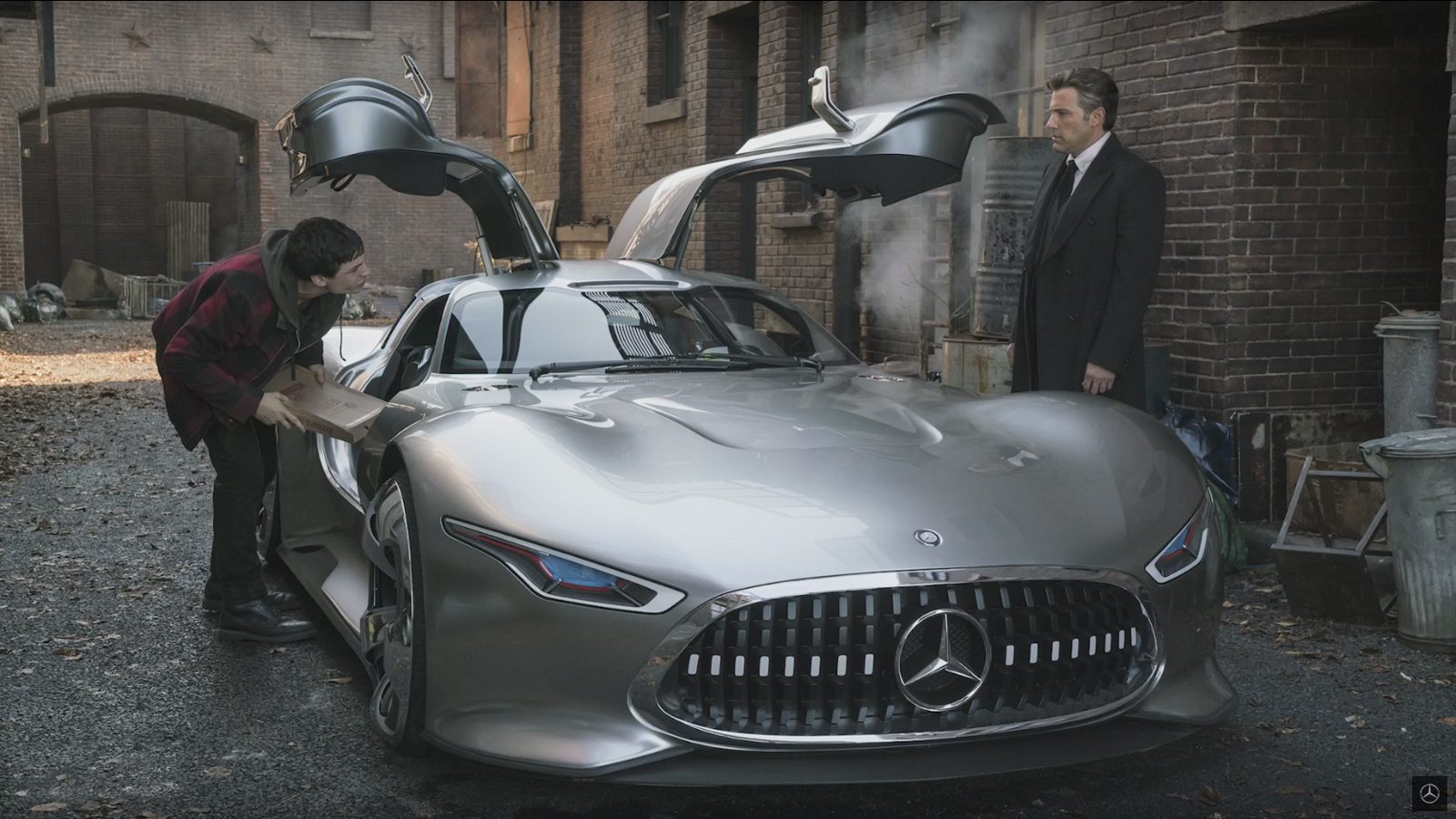 The Vision Gran Turismo project has always been a bit of a divisive one. Some fans like the idea of manufacturers making cool concept cars for the game, some dislike the wacky Wipeout cars and would prefer a focus on reality.

Well, now Hollywood is taking notice of Vision GT cars. One of the stable is taking an unusual starring role, as the civilian transport of Batman’s alter-ego, Bruce Wayne.

The Mercedes Vision Gran Turismo was the very first car from the project made available in Gran Turismo 6. The 600hp V8 car was a futuristic interpretation of current Mercedes design language with a few nods to previous models. Mercedes made both road and race models available to players.

It was here where it caught the eye of Justice League director Zak Snyder. When the time came to give Wayne some wheels in the Mercedes-sponsored flick, Snyder’s mind turned to the VGT.

As this behind-the-scenes trailer reveals, it wasn’t without its issues. For a start, the Mercedes show model version of the car was electric and remote control. Secondly, the 6-feet, 4-inch Ben Affleck, who plays Bruce Wayne, is too tall to fit in it and Mercedes had to stretch the car to fit.

Most important to Gran Turismo fans though was that the VGT doesn’t have an interior. For the purposes of the film, Mercedes had to create one — so hopefully Polyphony Digital can get back and capture it for use in GT Sport!

The Mercedes Vision GT will make its film debut in Justice League from November 17.

Andrew Evans · Oct 6, 2017· Comments
The LEGO Group has announced the new sets it will produce for the 2023 Speed Champions range, revealing the McLaren Vision Gran Turismo-inspired Solus among the five sets on offer.