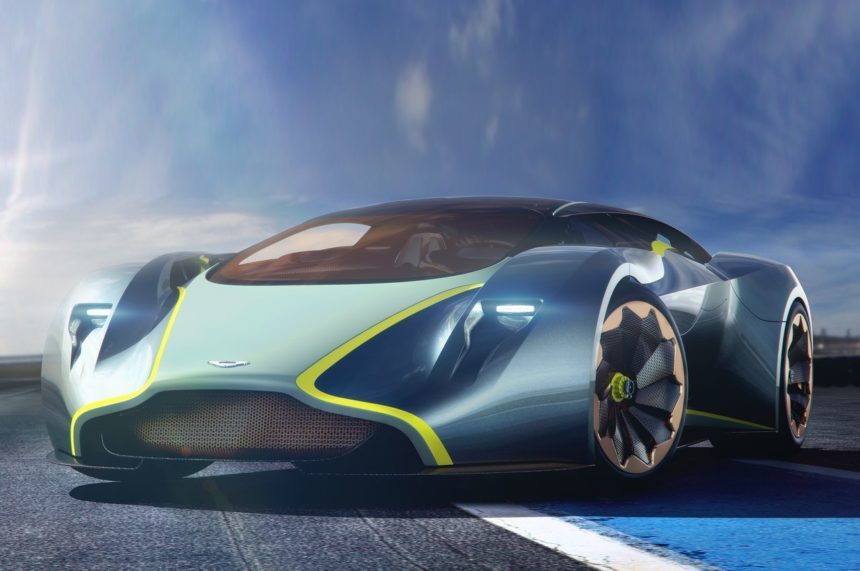 The Aston Martin DP-100 Vision GT concept car was fully revealed today at the 2014 Goodwood Festival of Speed. The DP-100 is a new creation from the Aston Martin design team exclusively for Gran Turismo 6. The virtual concept will be made available as a free download for GT6 some time this July.

Powered by twin-turbo V12 engine located midship, the machine boasts up to 800 BHP. The sound of the engine definitely exhibits Aston Martin’s legendary punchy and aggressive exhaust note. We expect this to be yet another enjoyable monster of a car for players to be challenged with taming in game soon.

“DP-100 has been an exciting and intensive project for the team here at Gaydon. Features such as the car’s revolutionary ‘active aerodynamics’ are there not just as a way of enhancing form, but also to support the car’s function in-game. As with the CC100 Speedster Concept, many of the design cues visible in DP-100, such as the light blade rear lamps, could also feed through into future sports cars that we’ll launch in the offline world so the importance of this project should not be underestimated.”

“When I first came face to face with this car at the Aston Martin Headquarters in Gaydon, UK, I was at a loss for words seeing the level of perfection in its design. I was surprised by the bold proposal of the car being the first midship layout model in Aston Martin history. And while it is clean and classy in design, it is also very emotional. Not only that, there was this future Aston Martin in front of me, that was so detailed it could be released on the market pretty much as is.”

Discuss the reveal in our forums.

Aston MartinGoodwood Festival of SpeedVision Gran TurismoVision GT
The original comments for this post are no longer available.
Test Your Badge Knowledge With Our Car Logo Quiz

Gran Turismo Sport 10 May 10 by Andrew Evans
A new game update for Gran Turismo Sport will arrive this week, according to an in-game announcement mirrored on the official game website. The update will follow a period of…

Gran Turismo Sport 459 May 3 by Andrew Evans
There’s a new set of GT Sport Daily Races starting today, with three new events for players to get to grips with over the next seven days. Each of this…