The Pirelli World Challenge season got underway this past weekend, bringing more success for GT Academy grads and Nissan’s 2016 motorsports teams. Bryan Heitkotter was bumped up to the top GT class in the PWC mid-season last year, where he ended the series in a respectable 10th place. For 2016 however, Bryan started on an equal footing against other professional drivers, and wasted no time establishing himself as a contender with an award-winning drive in Texas on Saturday.

Qualifying sixth on the grid, Heitkotter would climb the 133ft hill to Turn 1 passing teammate JD Davison, Alvaro Parente in the K-PAX McLaren 650S (winner of the Bathurst 12H), and both Cadillac ATS-V.R’s (a car now available in Project CARS). Not content with this jump to second, Bryan would then make a daring pass around the outside of Patrick Long’s pole-sitting 911 GT3 coming out of the first turn of the race. This combination of events won Heitkotter two awards: the Best Standing Start Award and the Move of the Race Award, for the five position gain off the line and the outside pass, respectively. Check out that pass from Davison’s perspective:

A short caution during the opening lap gave way to green 11 minutes into the race, with Long’s 911 continuing to stay glued to the GT Academy GT-R’s bumper. Close behind, Michael Cooper kept his ATS-V.R in third for a short stint before Davison supplanted him in his #33 AE Replay XD GT-R GT3.

Bryan would maintain the lead well into the final laps of the 50-minute race, with less than a second separating the Nissan and Porsche. With 10 minutes to go, Long – who lent his Porsche racing expertise to the recent Forza 6 expansion – pulled past Heitkotter, and would maintain the lead for the rest of the race. Bryan would remain in second across the line, finishing only two seconds behind the 911 GT3, while also collecting the fastest lap of the race (a 2:07.680). JD Davison would bring the sister GT-R home in fourth, sandwiched between the two Cadillacs of Cooper and O’Connell in third and fifth, respectively.

Sunday’s race would be less successful for three of the top five drivers from Race 1. Heitkotter started on pole, with Long beside him on the outside. Contact between the GT-R of Davison and the Porsche took place on the opening charge, putting Patrick into the wall and out of the race. A caution flag understandably went up for roughly 10 minutes, with Long pulling himself from the wreckage. Upon restarting, Davison would briefly take the lead over his teammate before being hit with a 10-second stop-and-go penalty for avoidable contact. This put Bryan in the lead for the second time in as many races, with O’Connell, Cooper, and Parente all on his tail.

With the previous four GT Championships under his belt, Johnny O’Connell slipped past Heitkotter with 17 minutes remaining in the race. Cooper closed up the gap as well, but before being able to execute a pass on the big GT-R, Alvaro Parente’s McLaren leapfrogged both for second place. It was shortly after this that Bryan’s race was hit with bad luck, as a flat tire forced him to the pits. His #05 car would finish the race 19th, with teammate JD Davison 13th. Bryan showed serious pace prior to the accident, with his fastest lap being only six-hundredths off the quickest of the day!

O’Connell held onto the lead for the remainder of the race, with Cooper making Race 2 a 1-2 for Cadillac. The McLarens of Jon Fogarty and Colin Thompson followed in third and fourth, with Kyle Marcelli wrapping up the top five in Audi R8 of CRP Racing.

The party heads to St. Petersburg in Florida this coming weekend for Rounds 3 and 4. You’ll be able to catch the action live from the official site’s streaming page.

Bryan HeitkotterNismo AthletesNissanNissan GT-RPirelli World Challenge
The original comments for this post are no longer available.
Test Your Badge Knowledge With Our Car Logo Quiz 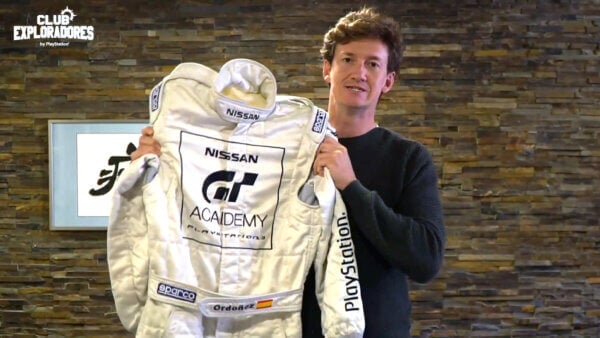