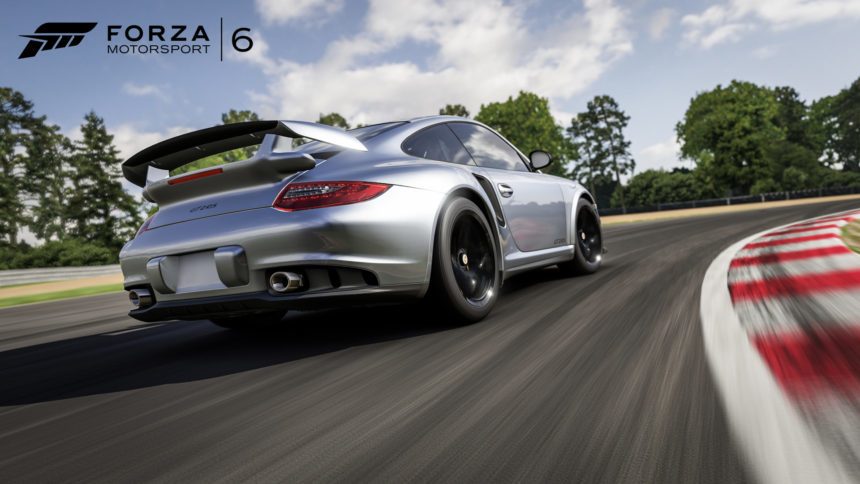 21 Rides Arrive in FM6 Porsche Expansion, Along With VIR

Hot on the heels of the news of PC-based Apex spin-off, Turn 10 unleashed the long-awaited Porsche Expansion Pack for Forza 6 today. The pack spans six decades of the storied marque’s history, from the 1955 550A Spyder to the Le Mans-winning 2015 919 Hybrid. It also ups the track count, introducing Virginia International Raceway to the lineup with seven different layouts, as well as both night and rain variations.

Of the 21 cars in the pack, 12 have already been seen on the XB1 care of 2014’s Horizon 2. That game originally had a 10-car pack released, followed later on in the summer of 2015 by two free, limited-time cars. Those cars are listed below:

Mentioned above, the 919 Hybrid needs little introduction. Porsche’s return to the top class at Le Mans may not have toppled in-house rival Audi in its debut year, but 2015 saw a comprehensively reworked entry take home the gold. Powered by an unusual turbocharged V4 backed by a muscular hybrid system, the 919 is sure to find itself popular against the likes of the TS040 and R18 already in the game.

Moving back in time to the tune of 58 years, we’re met by Porsche’s photo-friendly 356A Speedster. Featuring a 1.6L engine pumping out a whopping 60hp, the 356A is nonetheless competitive in the lower classes on account of its light weight. This nimble little car provides an excellent base for tuners to take in myriad directions, while that friendly face is sure to surprise unsuspecting opponents.

Lastly, the third car to make its Forza debut, the unexpected 1960 718 RS 60. Low and lithe, this car has an engine the same size as the 356A, yet finds itself with a faintly-believable 160-strong corral. The 718 won the Targa Florio. It won the Sebring 12H. It even tied Ferrari for the manufacturer championship in the 1960 season of the World Sportscar Championship. Is it any wonder that, as the Boxster and Cayman adopt four-cylinder power this year, Porsche saw fit to attach these three digits to those cars’ rumps?

Forza 6 received the usual game update in preparation for this pack earlier today. With it, Turn 10 has urged players to not use the 2015 Ford #02 Chip Ganassi Racing Riley Mk XXVI Daytona Prototype that starred in last month’s Alpinestars Car Pack. The current game version has introduced a game-crashing issue involving that car and the most extreme weight reduction. A fix is already in the pipeline, though no exact date was given.

An exact date is also missing for this month’s regularly-scheduled car pack, but fret not Car Pass holders, as it is indeed coming. Community Manager Brian Ekberg announced that the Porsche pack has bumped the March car pack down the calendar, but that it will arrive later this month.

This pack brings with it 500 points-worth of new Achievements for players, along with a special career mode dedicated to the Stuttgart manufacturer. Gamers will find all 21 cars instantly added to their garage upon purchase. It’s available now on the XBox Store for $19.99.