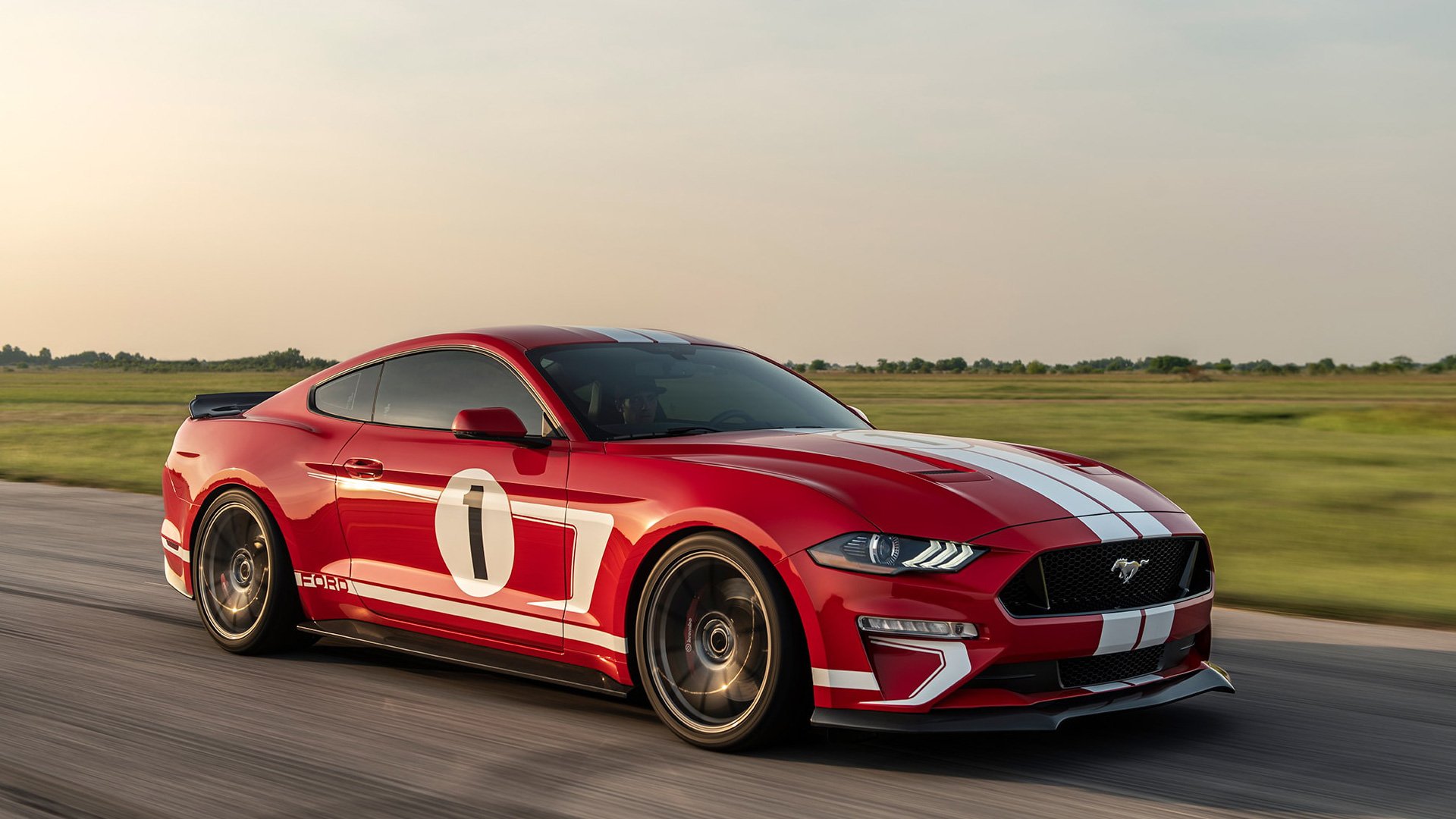 Like nearly all modern Hennessey vehicle, this Mustang gets its power thanks to a massive supercharger. With a displacement of 3.0-liters, it boosts the 5.0-liter V8 from 475hp to that staggering headline figure.

Helping the supercharger out is an air-to-water intercooler, along with an upgraded induction and fuel system. All fairly standard power makers for the Ford pony car.

To capitalize on the “heritage” part of the name, the exterior gets a coating of glossy Race Red with white stripes. This is to mimic the appearance of the Ford GT Heritage Edition released last year — itself a throwback to the mkIV GT40 that won Le Mans in 1967.

Along with the paint and decals, the exterior also gets several bits of carbon fiber trim. The front splitter, side sills, and rear wing are all made from the lightweight material. The wing is capped off with a Gurney flap to honor the late Dan Gurney who drove the mkIV GT40 to its victory.

Finally, the Mustang gets a set of custom 20-inch wheels with Michelin Pilot Sport Cup2 tires. Also, if the buyer wants, Hennessey will upgrade the brakes to 15.1-inch Brembo units with six piston calipers in the front and four pistons in the rear. You’d think bigger brakes would be standard on an 808hp car, but we guess not.

The production run for the Heritage Edition Mustang is limited. Just 19 units will roll out of its Sealy, Texas factory and is only available through authorized Ford dealers. According to the press release, this is one dealer in Houston and one in Nashville, Tennessee. 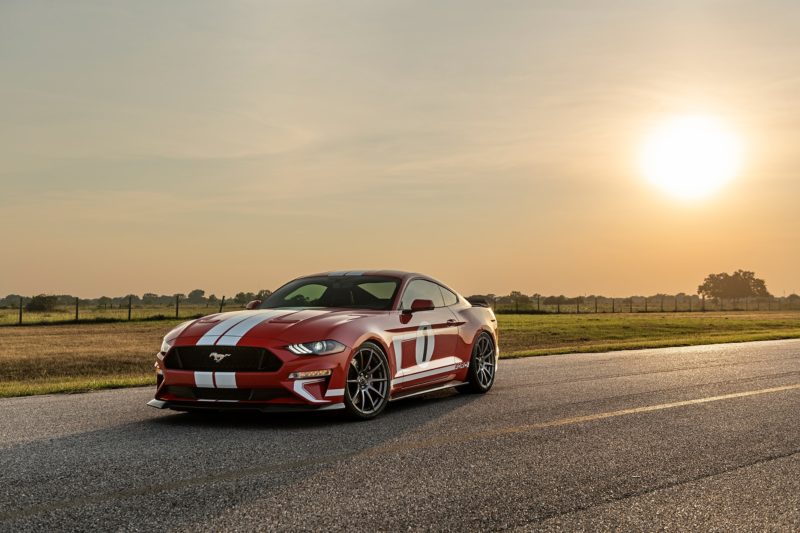 Given that it is sold by a Ford dealer, it also means you get a three-year, 36,000-mile warranty to boot.

That aside, the Heritage Edition Mustang makes a bit more sense than the Camaro too. With so few units made, the exclusivity makes it more of a collector’s item than the cheapest way to go fast. The Dodge Demon is still king in terms of straight-line performance though. It’s almost $5,000 cheaper too — if you can find one.

The most incredible thing about the Heritage Edition Mustang isn’t its price or performance. It’s the fact Hennessey has managed to actually turn out 10,000 cars. Hennessey has courted controversy several times over the years, with multiple lawsuits from dissatisfied customers and a well-publicized meltdown on a forum site from John Hennessey himself.

Still, anything pushing well over 1,000 ponies is a-ok in our book. Let’s not forget the company’s unofficial production car speed record with the 270.49mph Venom GT. Hennessey is among the brands shooting for 300mph too. It’s an impressive milestone for a small volume brand and workshop, and an 800hp Mustang seems the ideal way to celebrate.