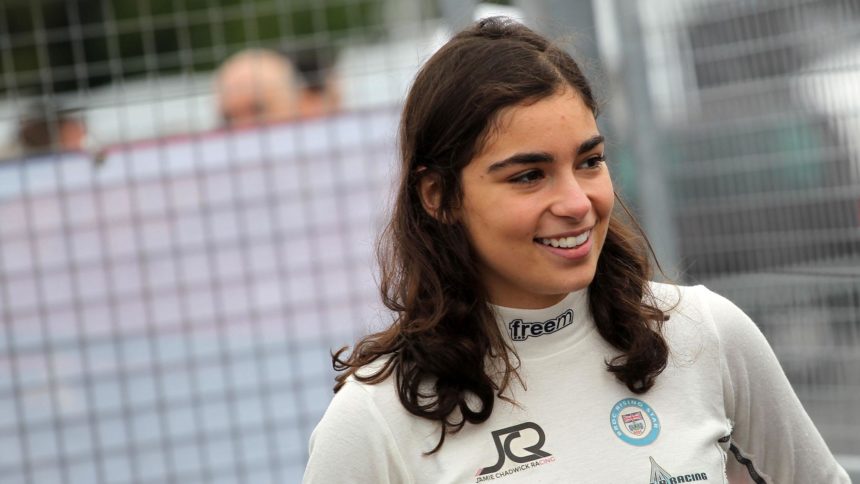 It’s no secret that racing games have become a vital tool to real-word competitors. Whether it be to learn their way around a track, or to perfect their craft, modern racing games blur the lines.

20-year old Jamie Chadwick is no stranger to the world of racing, both virtual and physical. She has quite the resumé when it comes to racing in the real world. In 2015, Jamie became the youngest driver to win the British GT Championship, as well as the first female to do it. Particularly impressive is the fact she did it in her first year, alongside Ross Gunn.

In the video below, the Brit discusses how racing sims help her improve her track performance.

Chadwick is quick to point out racing sims are “very similar” to the real deal in terms of mental and physical prep. The sim she spends time with, thanks to Veloce Motorsports, is none other than iRacing.

Jamie also acknowledges her time in the virtual seat can affect her real-word car setup, though that’s also dictated by how comfortable she is around the circuit itself and the car. More often than not, it’s simply working her way through a race weekend, whether that be laying it all on the line for a one-lap qualifying performance, or consistency.

Currently taking part in British Formula 3, Chadwick races with Douglas Motorsport. She’ll also participate in a select number of GT events with Aston Martin in Europe. With such a full plate, it’s no surprise the British racer has taken a liking to sim racers!

Gaming 6 Nov 23 by Andrew Evans
The annual Black Friday shopping frenzy is almost upon us once again. What once was a single day of bargains in the USA has now extended to a week, or…

Gran Turismo Sport 533 Nov 23 by Andrew Evans
It’s all about racing cars in this week’s new set of GT Sport Daily Races, as players have a choice between three different types of racing machine. Race A this…