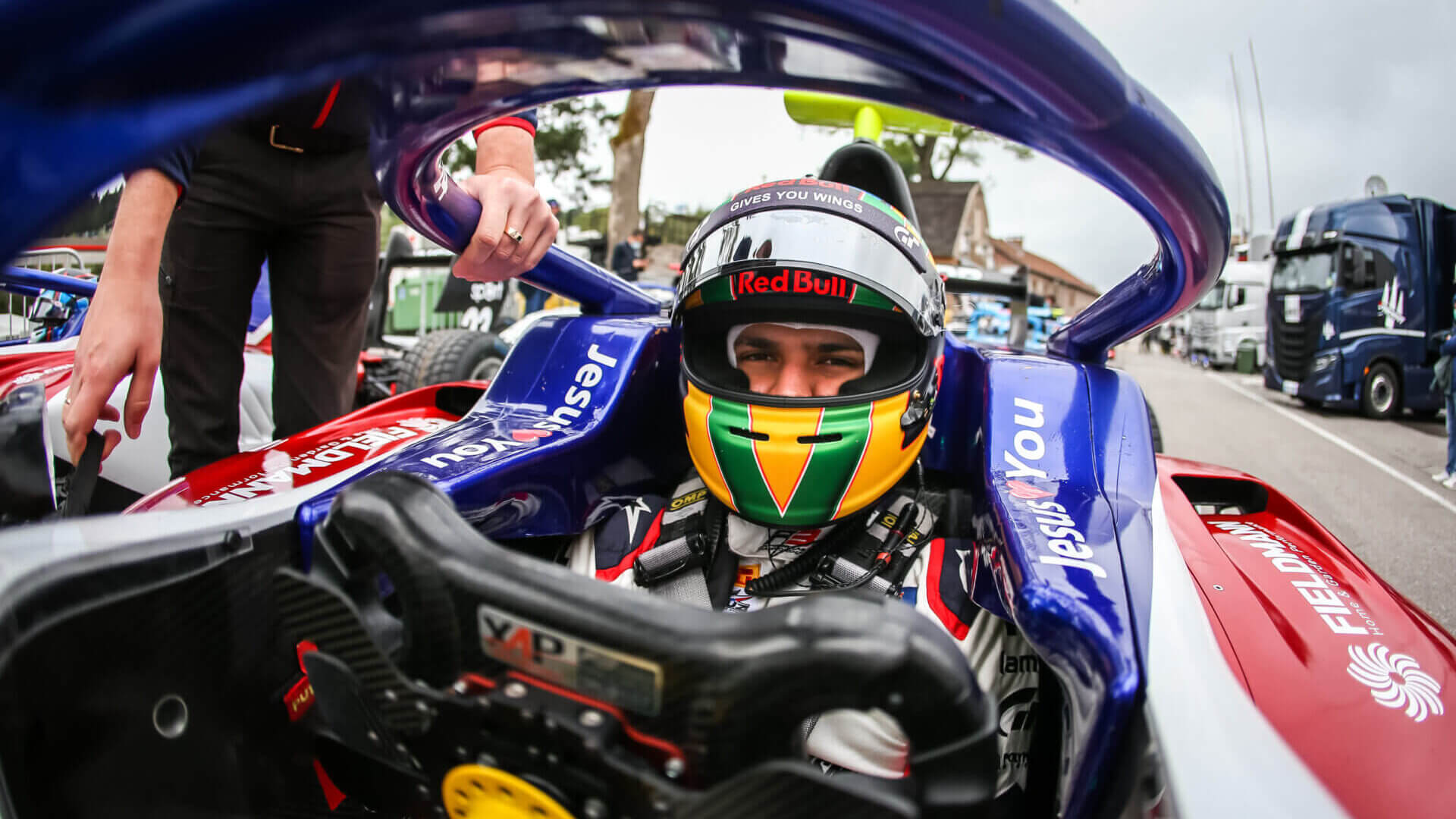 It’s been a mixed season for Fraga so far, with some excellent overtaking performances largely marred by mechanical failures and a car which underperforms in qualifying. After snagging the Charouz team’s very first point this season at Silverstone, the Brazilian had to endure a miserable weekend in Belgium. The Monza weekend last time out was particularly galling, as chaotic sessions saw Fraga hit a season-high start position of 7th before dropping back and sustaining a puncture.

According to an Instagram clip from the official FIA F3 account, Fraga had been set to see out the final two races at a new team. Liam Lawson, Fraga’s team-mate and title rival in the Toyota Racing Series, let the information slip during the interview which you can see below:

Answering a question about who his favorite team-mate has been so far this season, Lawson answers:

“Dennis [Hauger] is the only one I’ve had constantly. I had Max [Fewtrell] at the beginning of this year but then we lost him and we had Pierre-Louis [Chovet] last week. Now I have Igor this weekend; I was actually team mates with Igor in New Zealand when we did TRS. Having three Red Bull cars this weekend will be pretty interesting!”

As Lawson notes, the Hitech team already has two of the F3 championship’s Red Bull Junior drivers, with both the New Zealander himself and Dennis Hauger falling under the brand’s umbrella. Fraga is also a Red Bull Junior, and would have given the team a pretty tasty line-up for the Mugello finale.

However, it looks like the actual contract situation is less clear. While set to race for his new team in the Mugello finale, Fraga hasn’t been able to take part in either free practice or qualifying, and both Hitech and Charouz have only run two cars in both sessions. According to a pretty tersely worded statement from Hitech, the blame for this lies pretty squarely with the Czech team:

“We left Monza Sunday afternoon with a driver joining us who had terminated his agreement with the team he was racing with in the current FIA F3 Season. After dialogue Sunday in Monza the team had agreed to release the driver and confirmed he had met all its obligations in order to move across to Hitech.

“Unfortunately in the build up to the Mugello Grand Prix the team then went back on its word and refused to release the driver to move across to Hitech. This was an under hand attempt to force the driver to see out the final round of the Championship at Mugello, despite the driver and his sponsor terminating their agreement post race on Sunday and paying out their contract in full for the season.

“Due the team withholding that authorisation, Hitech was not able to enter the driver for the race this weekend at Mugello due to Article 26.3 of the 2020 FIA Formula 3 Sporting Regulations.

“Rather than rush to fill our car last moment we will just focus on the weekend with Liam and Dennis alongside integrating the new driver into the Hitech environment over the Mugello weekend ready for 2021.”

That means we’ve probably seen the last racing action for Igor Fraga this season. The last part of the statement is incredibly positive news, strongly suggesting that Fraga — and his famous Gran Turismo livery — will turn out for 2021 in a car capable of race wins.