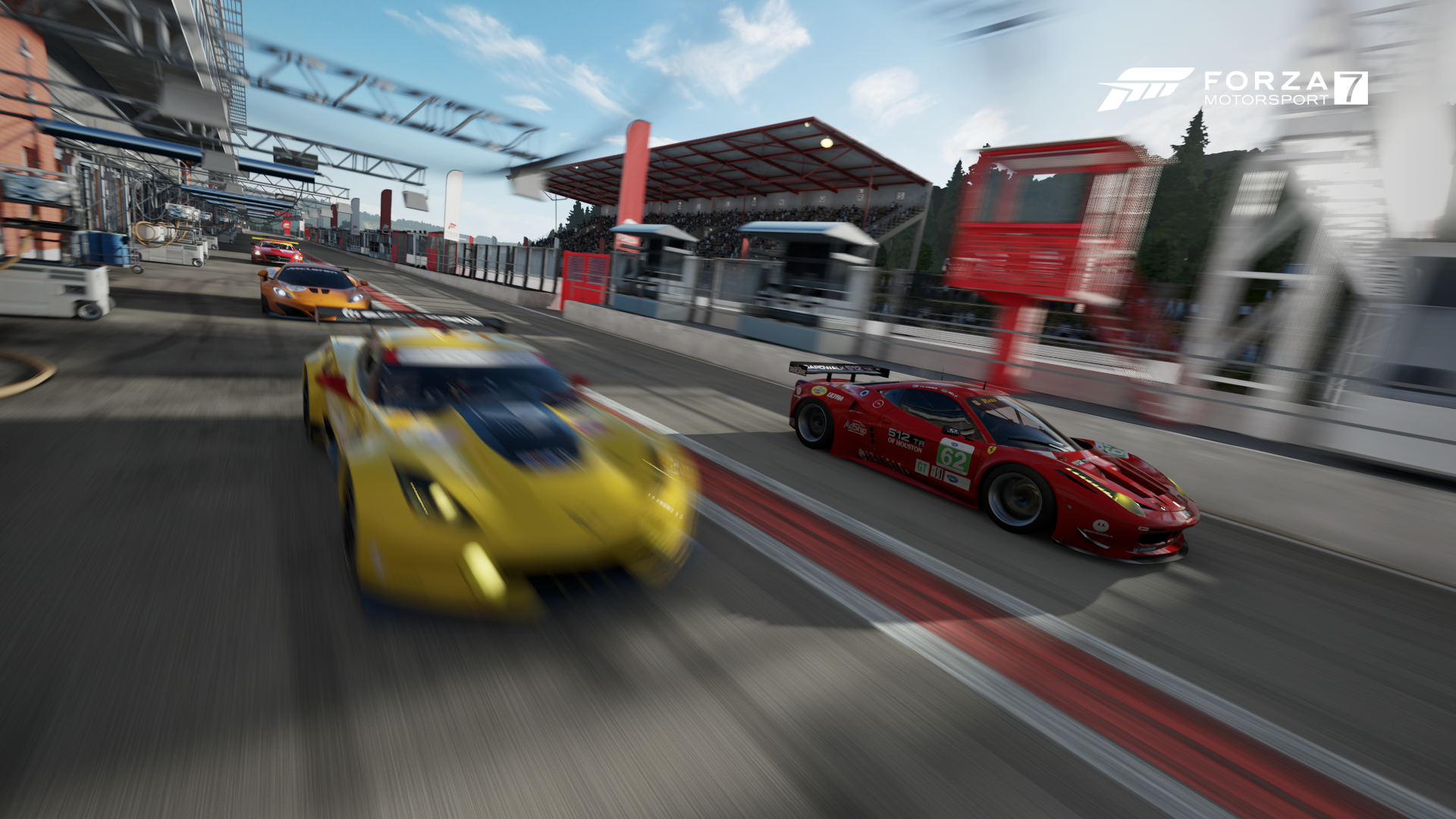 According to IMSA’s announcement, the new partnership will focus on the series’ cars, tracks, and partners. Plenty of these already exist in Forza Motorsport 7; over 100 cars from IMSA’s history are in-game. In addition, nine of the twelve tracks the current WeatherTech SportsCar Championship visits are available to FM7 players.

IMSA president Scott Atherton had this to say on the new deal:

“This alliance between IMSA and the Forza franchise further solidifies the long-standing relationship between these two outstanding brands. IMSA cars and tracks have enjoyed a significant presence in the game for many years, and we are proud to have our series featured to the millions who play the game every day.”

With Forza 7 releasing earlier this week (read the GTPlanet review here), it’s an ideal time for IMSA to partner with the series. Just before launch, Turn 10 announced the franchise had five million players each month. That’s a lot of eyeballs for America’s premier racing sanctioning body to get in front of.

Naturally, with this weekend’s Petit Le Mans taking place at Road Atlanta, Forza 7 will have a presence at the Vendor Village.

Curiously, in the official statement, IMSA lists Lexus amongst the participating manufacturers. However, the luxury division is absent from FM7, likely for the same reason Toyota road cars are.

It could mean nothing: the deal may have been done months ago, before the Toyota/Lexus issue. It may also mean Lexus race cars — like the RCF GT3, currently campaigned by 3GT Racing — are en route. We’ll have to wait and see.

Meanwhile, the 1992 AAR Toyota Eagle Mk III is one of the new-to-FM7 cars: it dominated the GTP class that year with nine wins. If Turn 10 and IMSA are taking requests, we’d really like to see the Celica GTO from the same Gurney-led team, please…

Thanks to Northstar for the tip! Featured image courtesy of sebmugi.

Andrew Evans · Oct 7, 2017· 8 Comments
Microsoft and Special Olympics are once again partnering on a gaming event for athletes involved in the disability sporting movement, and Forza Motorsport 7 will form part of the program.

Andrew Evans · Oct 7, 2017· 7 Comments
Forza Motorsport 7 will shortly be no more, as Microsoft moves the game into end of life status this September.

Michael Leary · Oct 7, 2017· Comments
The Xbox Game Pass subscription service continues to grow, and next month sees the addition of a fan favorite. With DiRT Rally 2.0 leaving the service on October 1, it begs the question: what’s going to take its place for sim racers? Now there’s an answer, Forza Motorsport 7.

Gary Slater · Oct 7, 2017· Comments
Fans of the Forza series who spend time creating their perfect liveries have a good reason to show them off to the world once more. Following an absence of almost a year, Turn 10 has announced that the official livery contests will return.

Gary Slater · Oct 7, 2017· Comments
The potential for virtual racing esports to feature in marquee sporting celebrations is something that has been the subject of substantial attention in recent years. It’s a subject that the International Olympic Committee has discussed, and Japan’s National Sporting Festival now includes Gran Turismo Sport as one of its events annually.

Kyle Patrick · Oct 7, 2017· Comments
On its latest episode of Forza Monthly, Turn 10 officially revealed all the details for the fourth season of the Forza Racing Championship.

Kyle Patrick · Oct 7, 2017
Turn 10 has released the latest — and final — update for Forza Motorsport 7. Weighing in at 570MB, it introduces another free Porsche, updates to the Forza Race Regulations system, and more.

Michael Leary · Oct 7, 2017· Comments
The next Forza Monthly live stream is near, and it looks like an interesting one. As you can see in the image above, the car being showcased is none other than the Porsche 718 Cayman GT4 Clubsport. Going by past events, this suggests the GT4 racer is on its way to the game very soon.

Kyle Patrick · Oct 7, 2017· Comments
A designer from Turn 10 has revealed a variety of cars from Forza Motorsport 7. The catch? We’ve never seen them in the game, nor Forza Horizon 4, at least not yet.