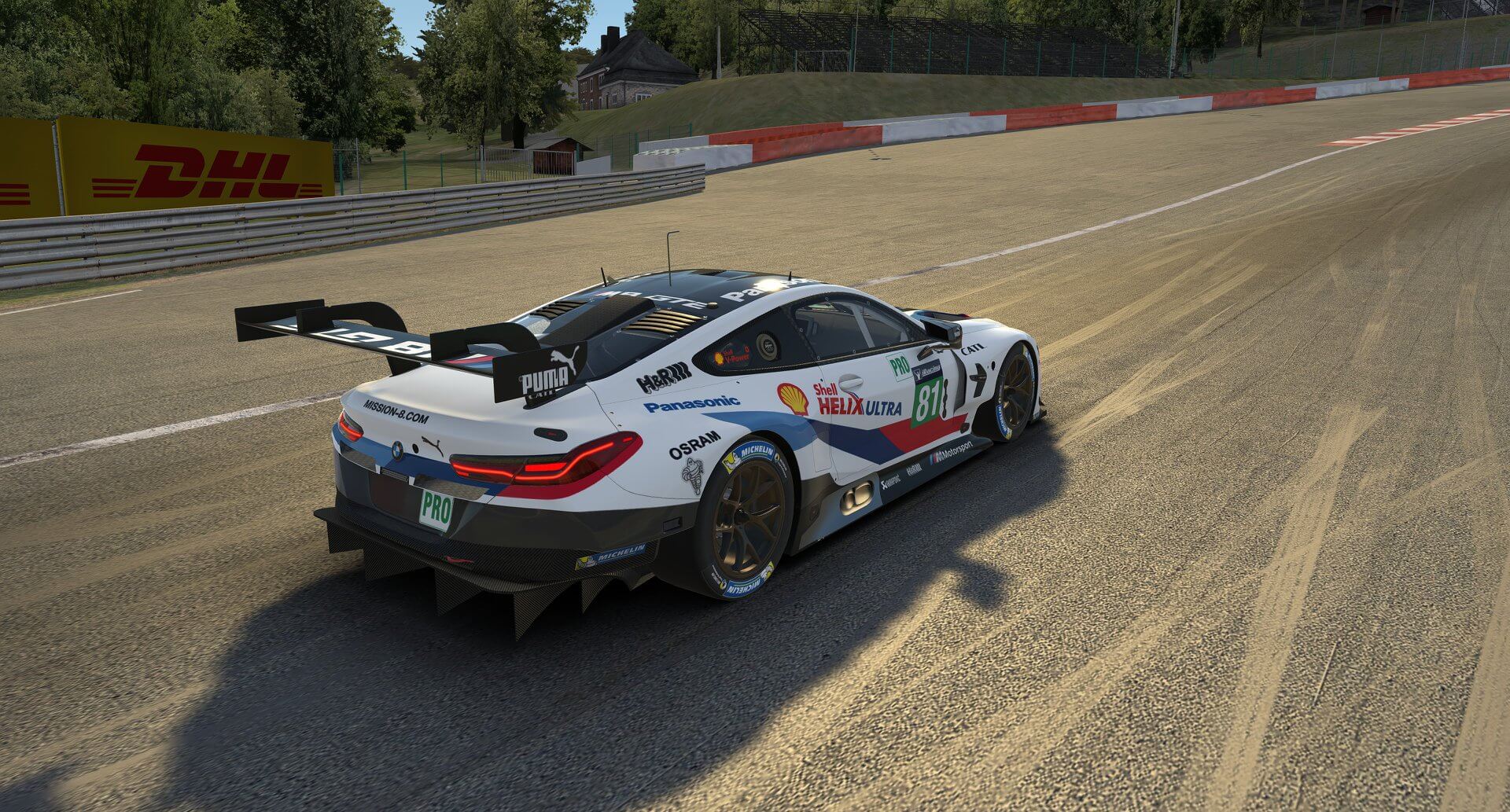 Last month, the iRacing team confirmed the BMW M8 GTE would be making its way to the game sometime soon. Now, the team has released a new video, giving players a first look at the V8-powered machine in all of its glory.

It’s a short affair, just enough to give you a taste of what’s to come and leave you wanting more. Immediately, the first thing that grabs your attention (aside from the beauty shots) is the engine note. While not as thunderous as the Z4 GTE, there’s more than enough bark to back up its bite.

Soon after, a field of M8 GTEs take to the Nurburgring GP circuit in the black of night. The racing looks intense from both on- and off-board cameras, with only the headlights showing the path in front. Expect to have plenty of wheel-to-wheel racing here and elsewhere — like Circuit de Barcelona-Catalunya — once the M8 is available in-game.

Interestingly, this part of the trailer shows off an as-of-yet unreleased feature: AI drivers. First shown off last year, the feature has yet to debut in the game. Could this be a sign of an upcoming release?

When the iRacing team announced the M8, it targeted Season 2, and the trailer seemingly confirms it. We can’t wait to see the car in action once it’s made available. Stay tuned for the word on its release.